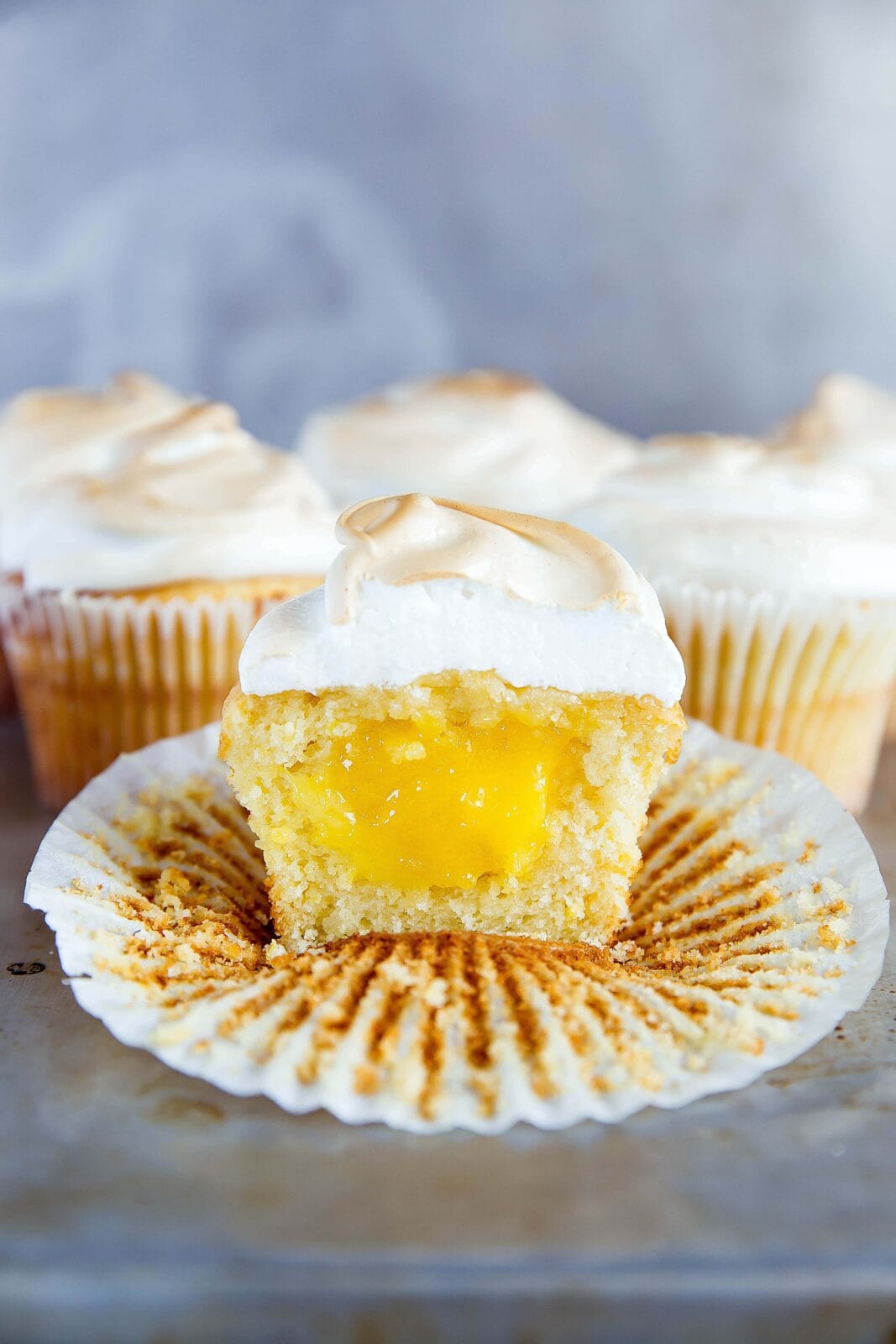 Creating this lemon meringue cupcake recipe My mom and I have a thing for lemon curd. We eat it by 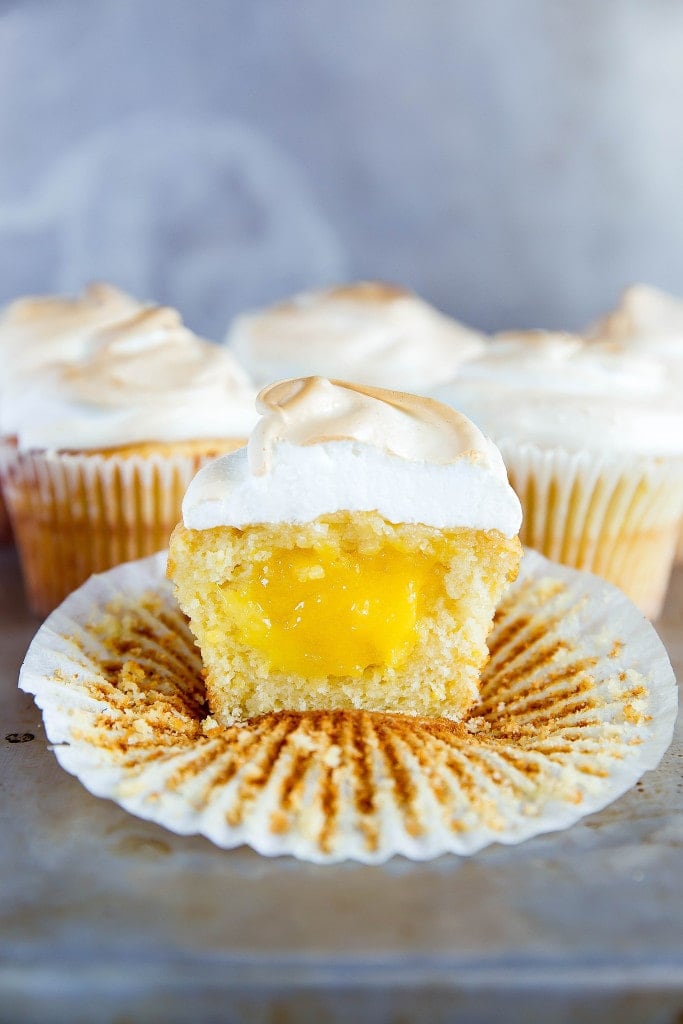 My mom and I have a thing for lemon curd. We eat it by the spoonful. On top of yogurt, on toast… and don’t even get me started on lemon meringue pie.

This weekend I was craving some lemon meringue pie, but didn’t want to commit to a whole pie. Instead I remembered a similar recipe I had done years ago that put lemon curd in the middle of a cupcake. I decided to revamp the recipe, and voilà! Lemon Meringue Cupcakes 2.0 were born.

The cupcake is so fluffy and soft that, as I stood in the kitchen eating a test cupcake, I shouted “It’s like it’s from a box!” The meringue is at least 2 inches high at its peak, which leads to some pretty cute frosting faces. And the lemon curd. Ohhh the lemon curd. So creamy, so tangy, and so delicious. Like biting into summer.

Now, I suggest that you don’t double the lemon curd recipe like I did, or else you may find yourself eating lemon curd out of the jar. Or do, because it’s fantastic lemon curd. 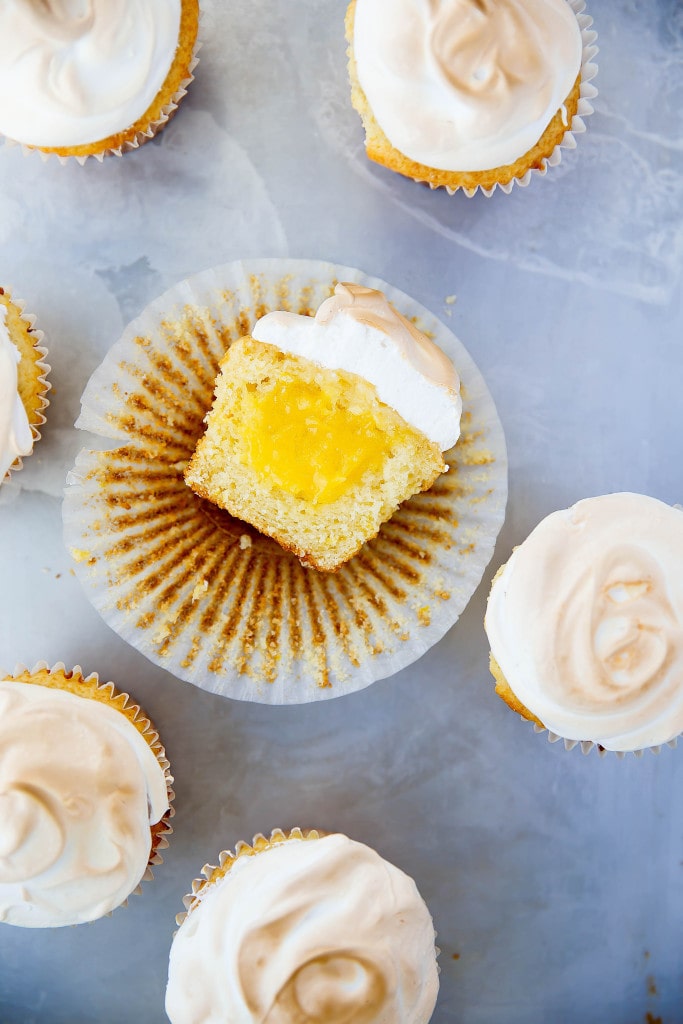 Fill the cupcakes once cool — Let the cupcakes cool completely to room temperature before stuffing them with lemon curd. The curd should also be chilled when you add it into the cupcake, otherwise it won’t sit right inside the cupcake.

Watch the meringue like a hawk — After you top the cupcakes with meringue, pop them under the broiler for a few minutes to brown the top. DO NOT walk away from the oven while you’re doing this! The meringue can easily burn, and you should pull it out as soon as it’s golden brown. 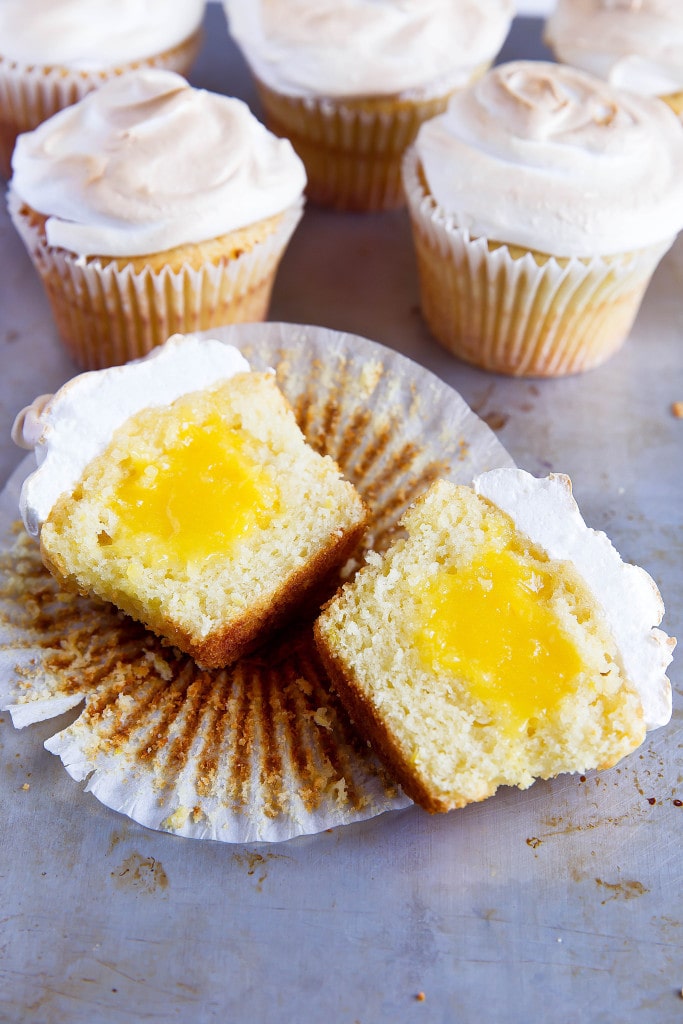 For the lemon curd 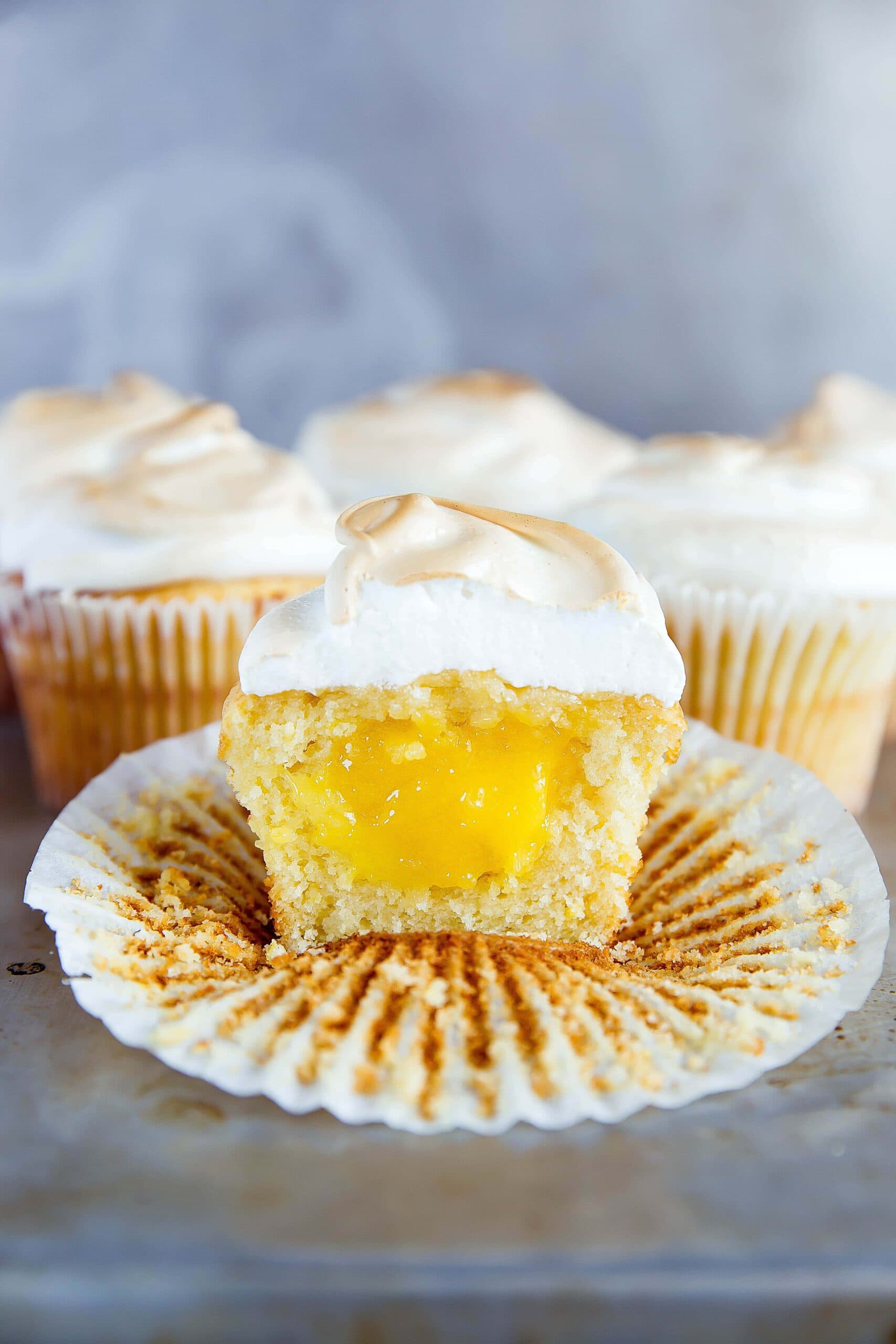