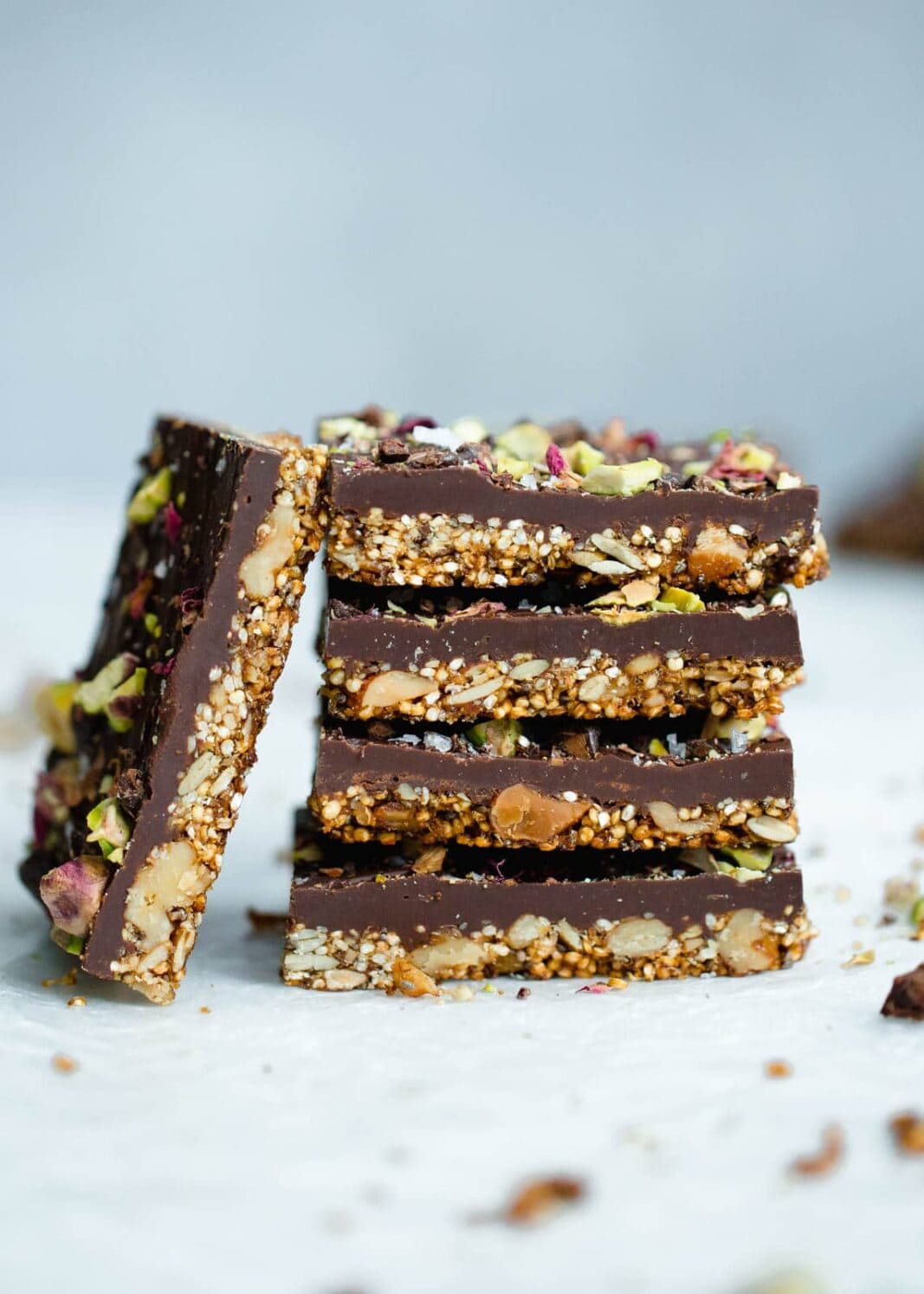 I am a super chocolate fan, but oddly enough I don’t eat chocolate bars that often. I think it’s because 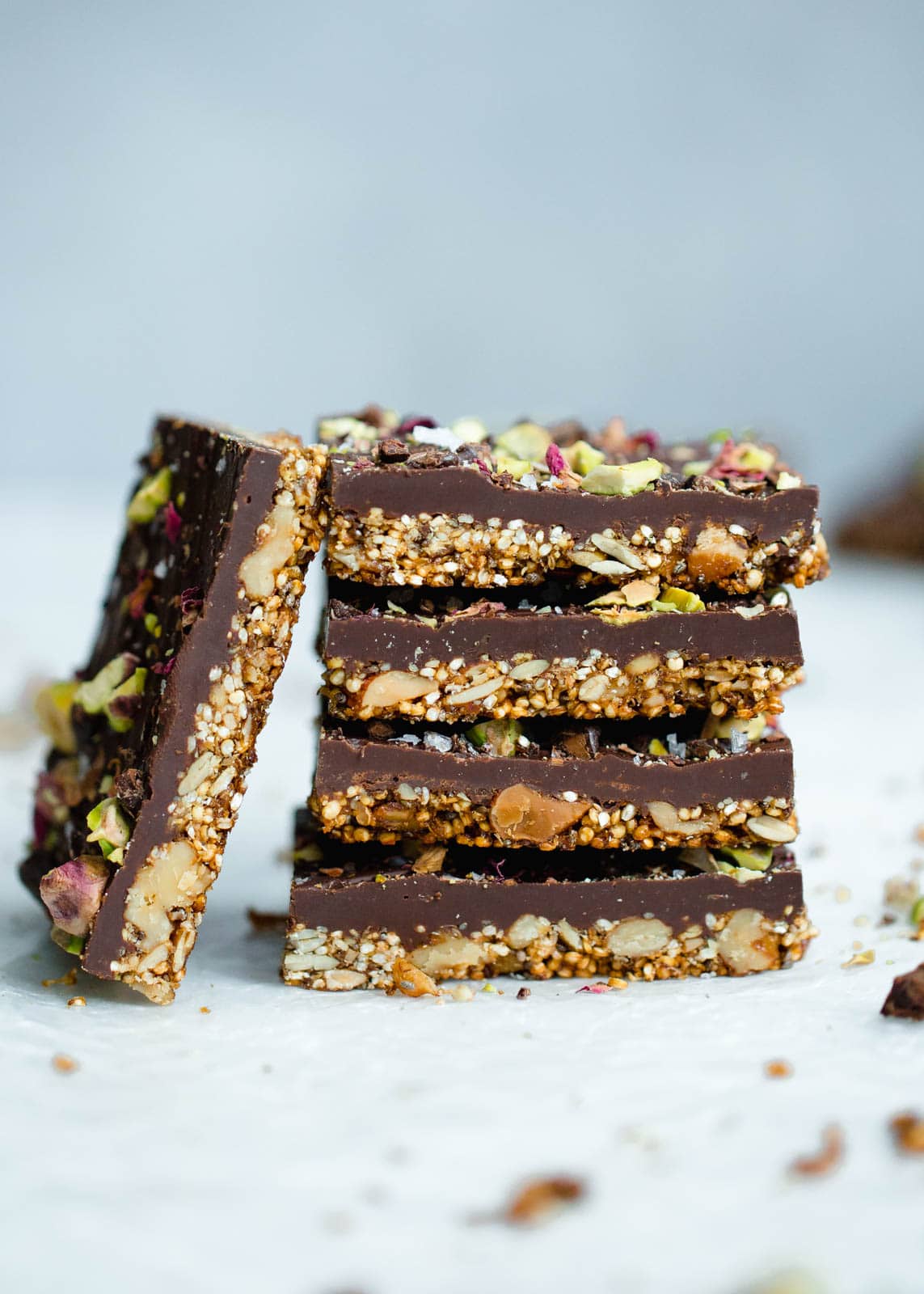 I am a super chocolate fan, but oddly enough I don’t eat chocolate bars that often. I think it’s because I need more texture with my chocolate. Like, gimme some crunchy almonds or something.

So this week, I made this Seedy Chocolate Quinoa Bark. It delivers all the crunch, and all the chocolate. 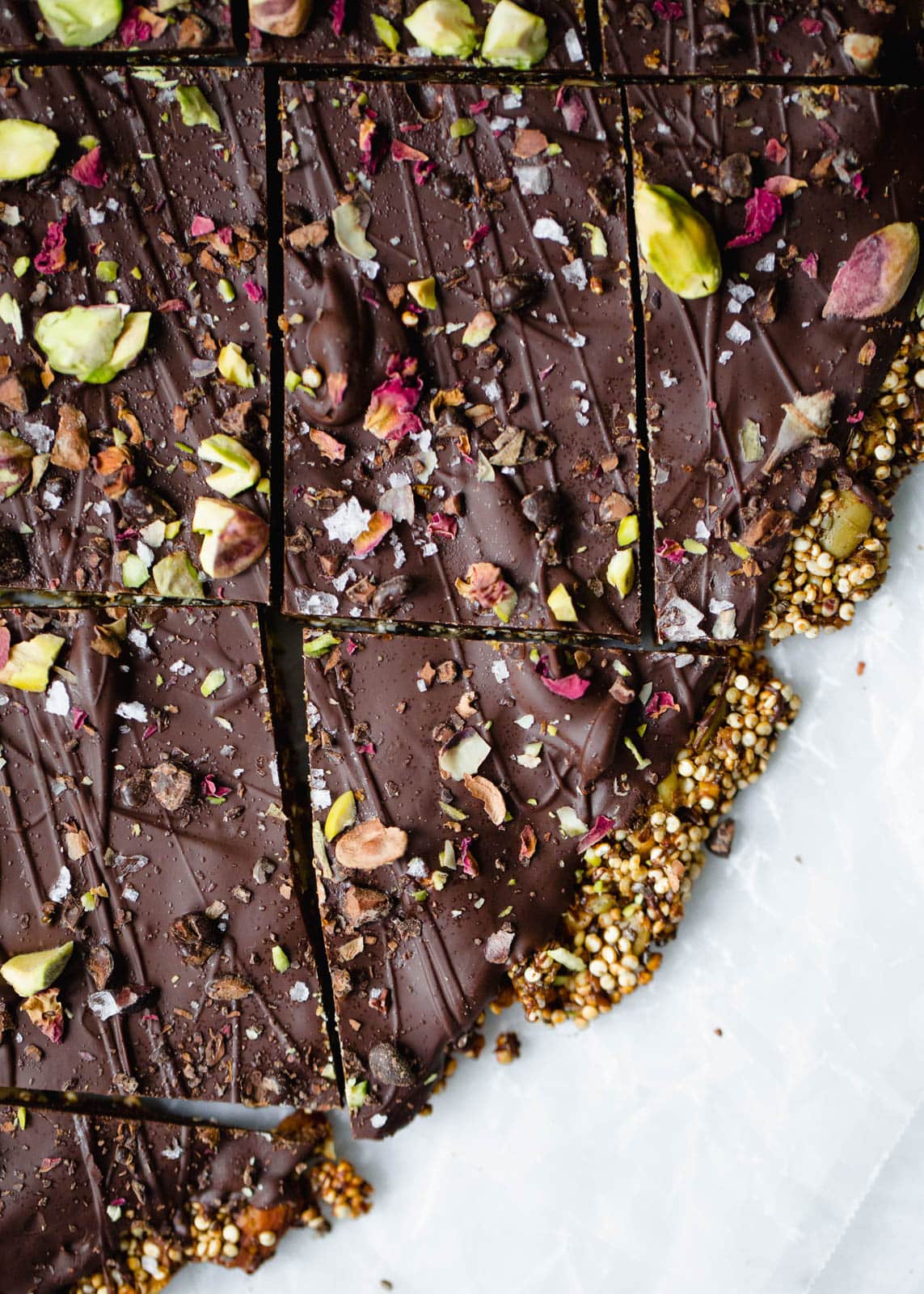 I love decorating chocolate with colors and textures. So to accentuate the nuttiness of this bark, I topped it with pistachios and cacao nibs. And also dried rose hips and flaked sea salt. 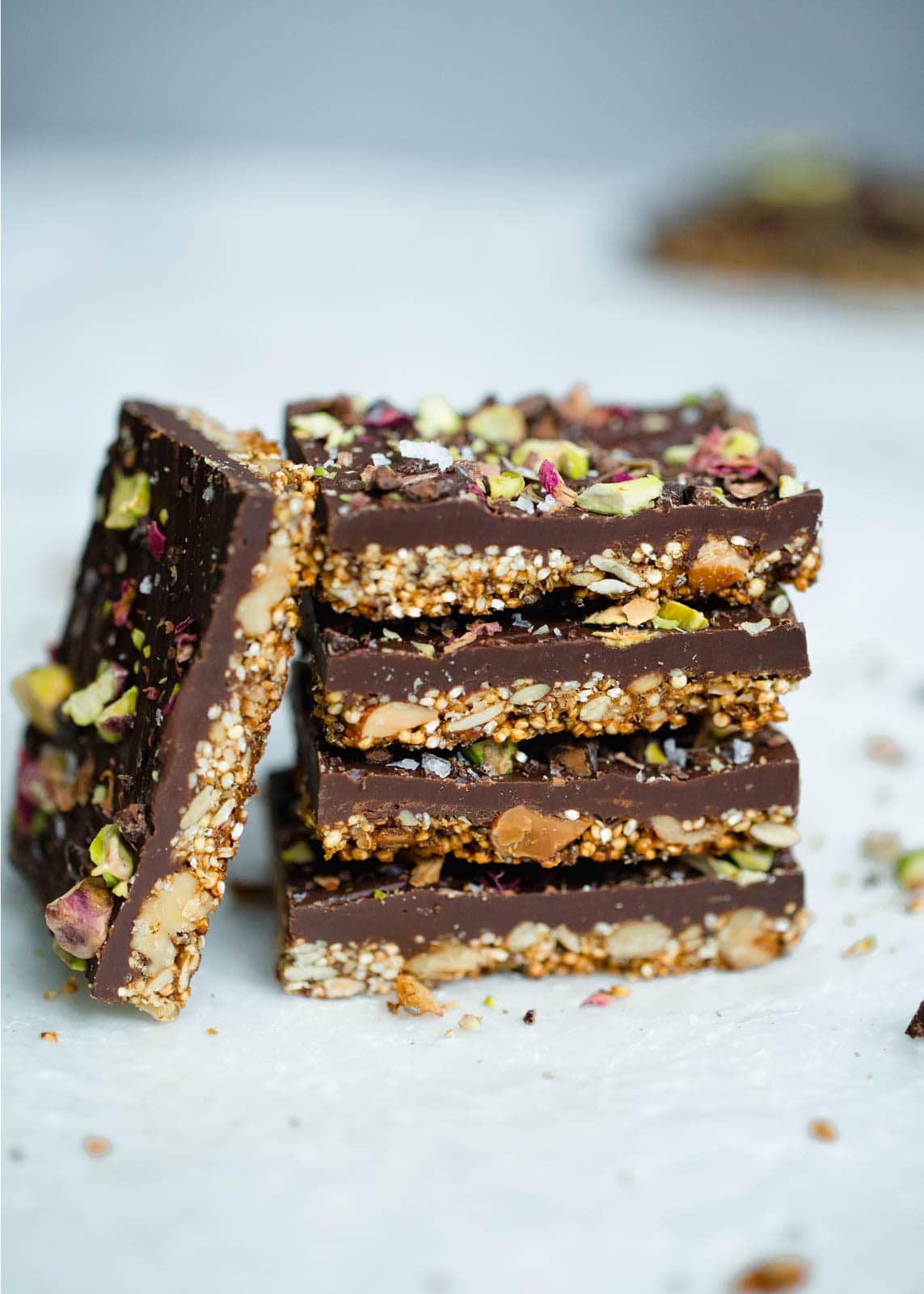 In other news, I just started reading Sweetbitter, a novel about a young woman who moves to New York City and finds herself working at one of the best restaurants in the city.

It feels so ridiculously appropriate to an old part of my life: young girl moves to NYC, works in restaurants, and sort of gets swept up in it all. The familiar sense of community, the regulars, the endless chit chat, the late nights, the sore muscles, and the energy of it all. I just got it last night and already I’m on page 120. 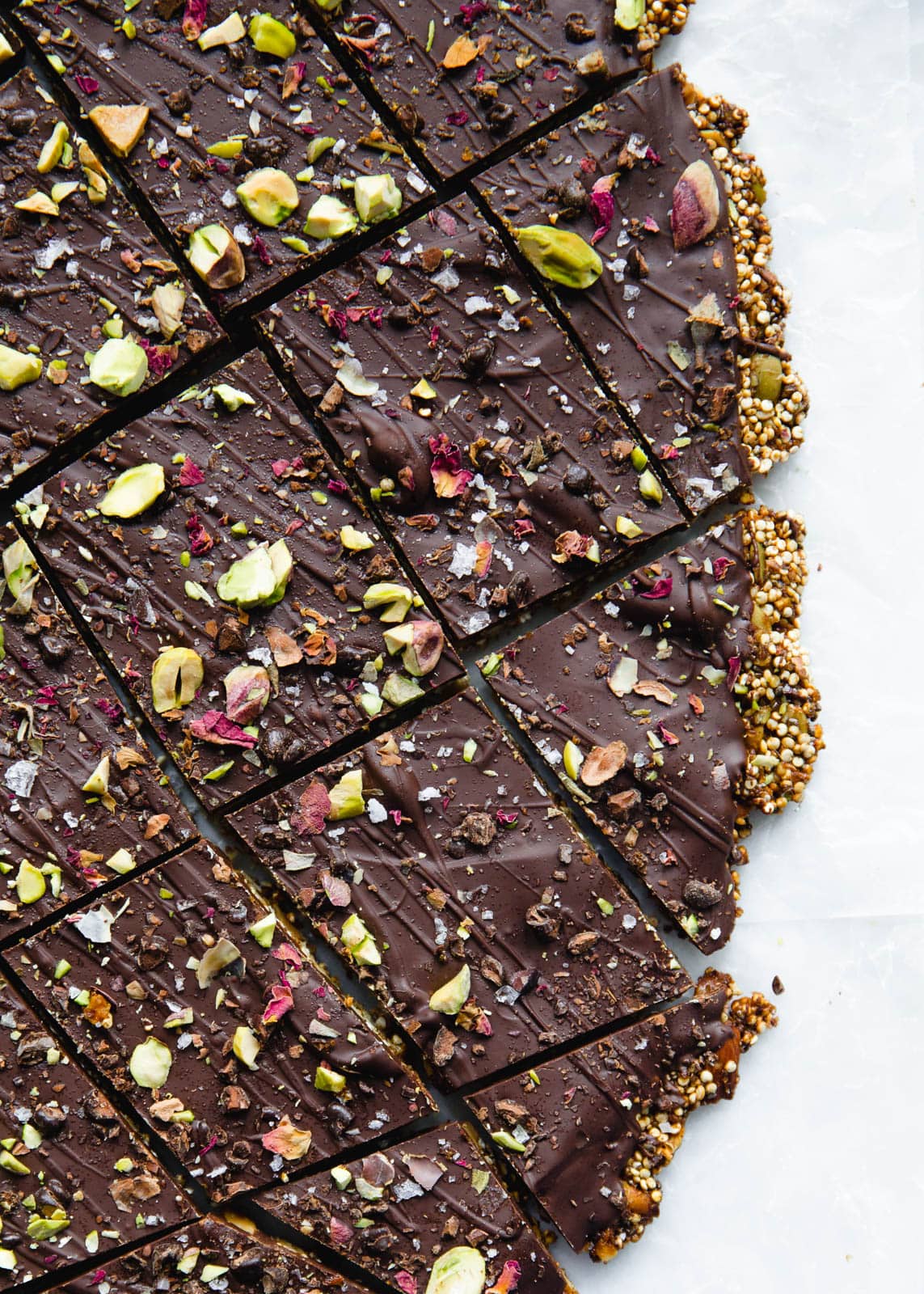 Hope you, dear friends, are off to a great week. Sending love to you all!

for the chocolate top