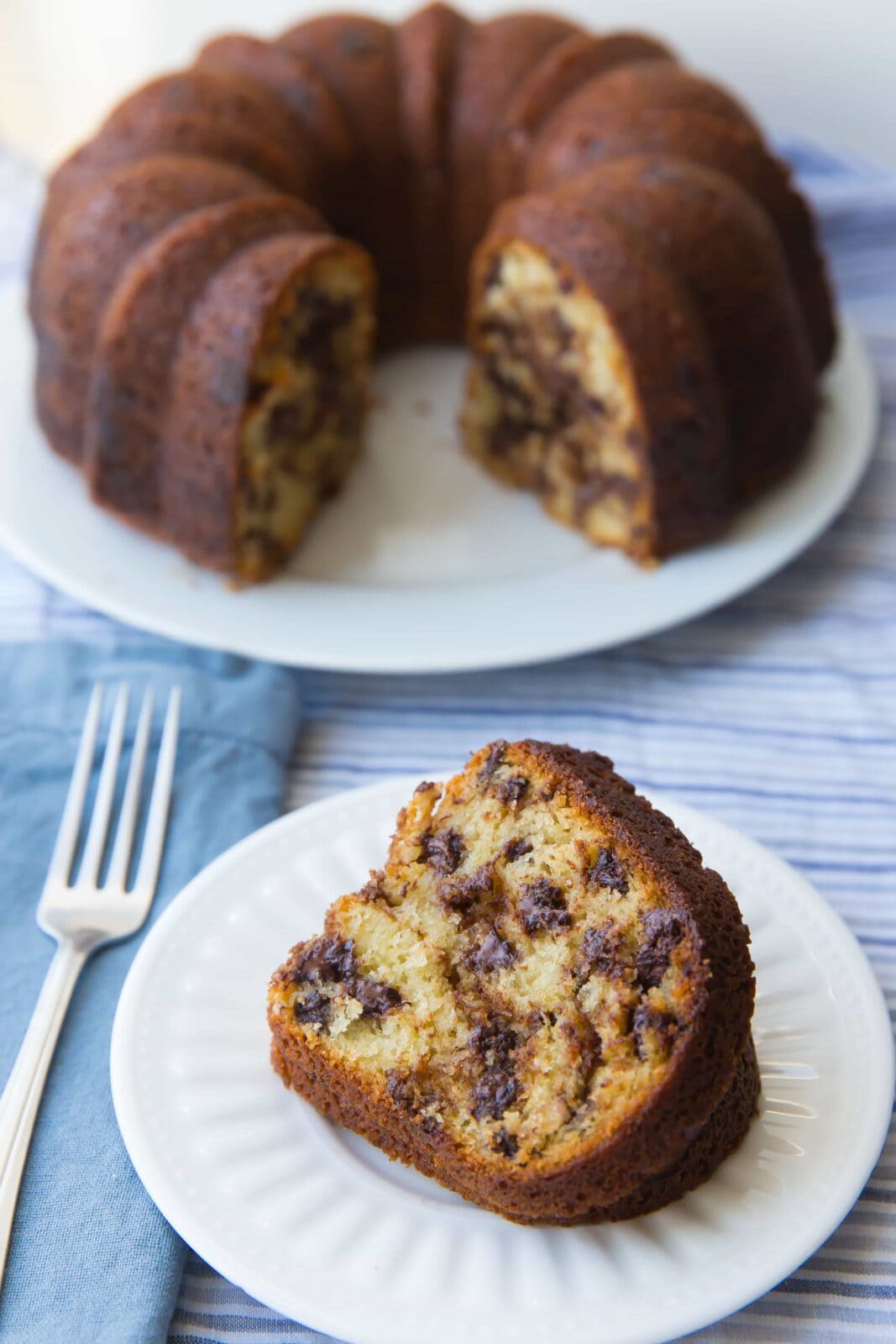 I’ve been eating this chocolate chip coffee cake since I was a little girl. My mom’s usual round of desserts was 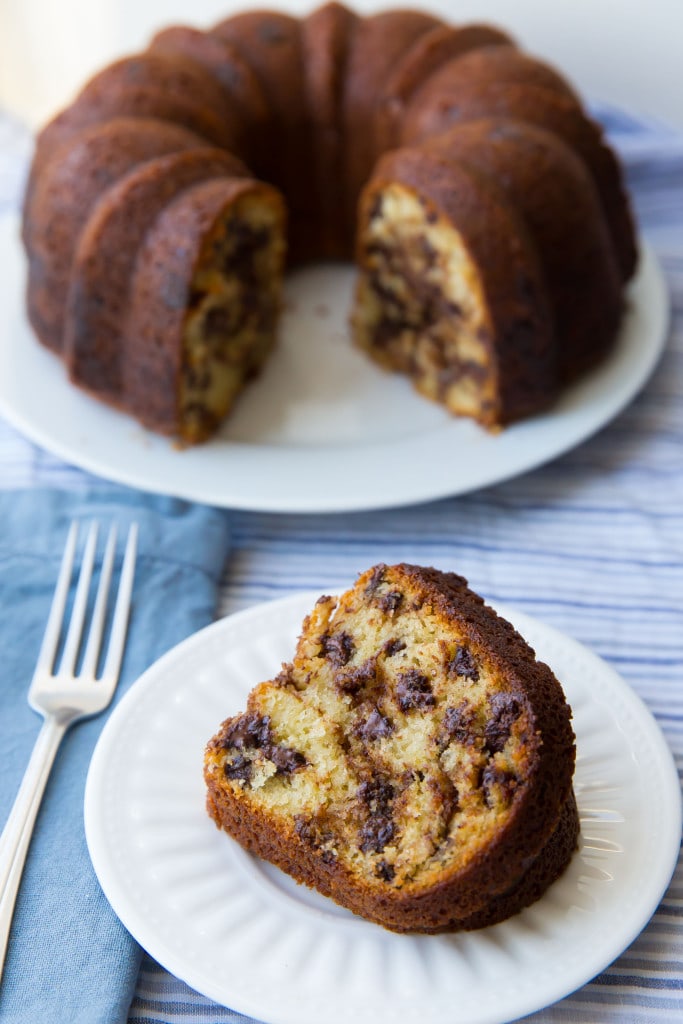 I’ve been eating this chocolate chip coffee cake since I was a little girl. My mom’s usual round of desserts was Katharine Canfield sookies, Ghirardelli brownies, and cinnamon chocolate chip coffee cake. You can be sure there was always at least one of those babies wrapped up on our kitchen counter. My mom was and is still a natural baker, with that magical touch that makes everything she bakes taste that much better.

And it’s not like my sister and I were the only ones that knew about my mom’s gift with desserts. During lunch at school, our friends would gawk and bat their eyes until one inevitable kid would ask “Can I have a bite?” Then, like clockwork, four more people would say “Me… too?” My sister and I joke that the reason we aren’t overweight is because we always ended up giving all of our homemade desserts to our friends, save one bite for ourselves.

But now I am grown, and I can make whole coffee cakes for me, myself, and I. And you can bet I make Mom’s coffee cake recipe at least once a month. 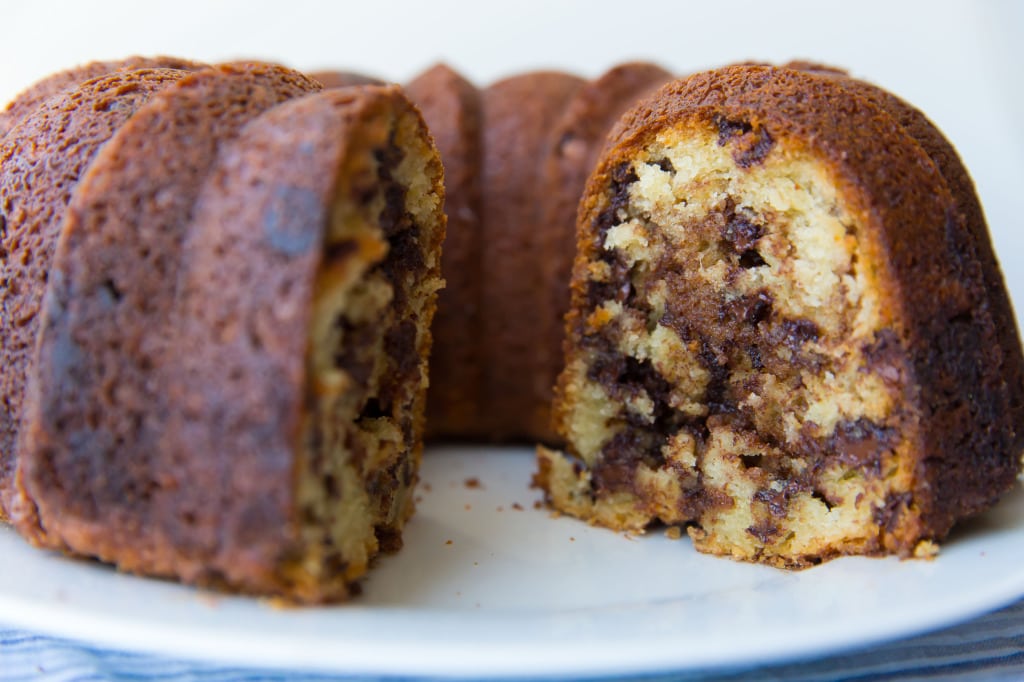 Today was one of those days where I woke up and knew I wanted that cinnamon chocolate chip coffee cake. But because I posted it back in 2011, I also knew I needed to do something differently. This cake is similar to the original recipe, except:

-I doubled the recipe, for the most part

-I substituted oil for the butter

-I used baking powder in addition to baking soda

The biggest difference is the texture of the cake. The oil and baking powder make this version slightly wetter and more cakey, while the original version is a little denser and gooier (as long as it’s not overcooked!). But even so, they’re very similar. You really can’t go wrong with either! And if you end up making this version of my mom’s homemade coffee cake, you can easily do half a recipe if you don’t want a giant cake. Use 2 eggs, and divide the rest of the ingredients in half.

Oh! And why is it called Six Pound Cinnamon Chocolate Chip Coffee Cake? Well, because it is exactly that. I got on the scale and weighed myself solo, then got on the scale with the cake, and there was a solid six pound difference. So there’s that.

Please, please go make a version of this cake the next time you can. It’s one for the books. 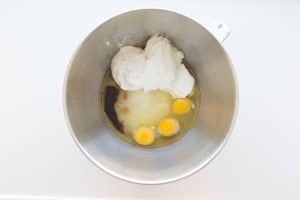 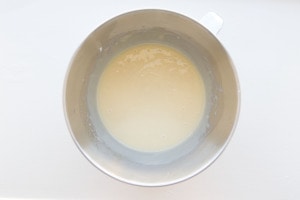 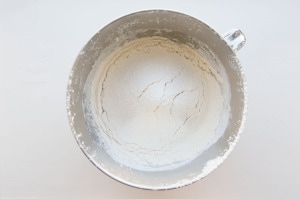 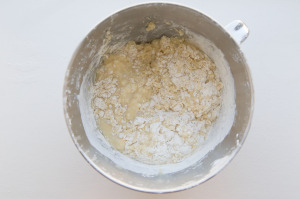 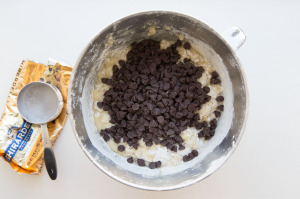 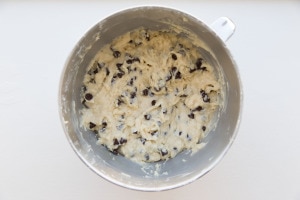 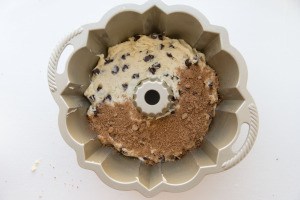 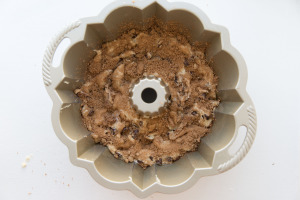 Tips on how to make coffee cake

Coffee cake is one of the easiest baked goods you can whip up, since you just have to mix together all the ingredients and pour the batter into a prepare bundt pan. To make this coffee cake recipe even easier, there’s no icing or glaze involved. All you have to do is pop the cake out of the pan and let it cool a bit before slicing it!

But while this cinnamon chocolate chip coffee cake is super easy to make, there are a few things you could do wrong. First and foremost, you do not want to over mix the batter. There’s a lot of batter for this six-pound coffee cake, and it’s rather thick. Once everything has been incorporated into the batter, stop mixing! If you beat the batter too hard, you’ll activate the gluten in the flour and your cake will come out super dense. Not what we’re going for here!

You also want to be careful to not over bake this coffee cake. Again, you’re baking a lot of cake batter, so I know it’s tempting to keep it in the oven longer that it needs. To test the doneness of this cake, insert a knife into the center of it and see if it comes out clean. There will likely be a little bit of melted chocolate on the knife, but if there’s no batter on it then the cake is ready to come out! 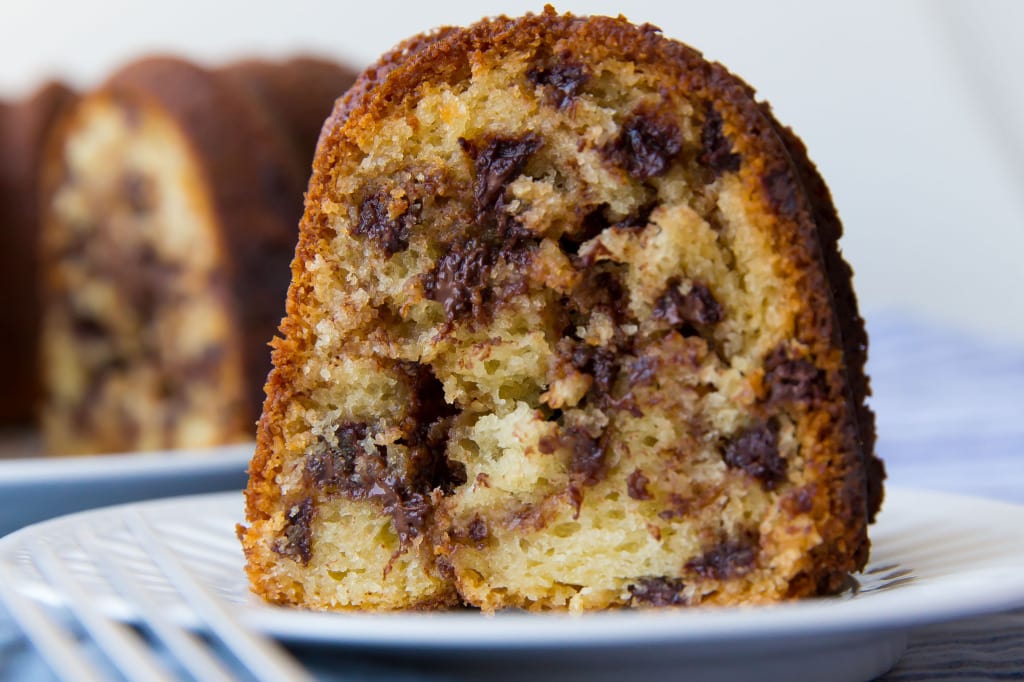 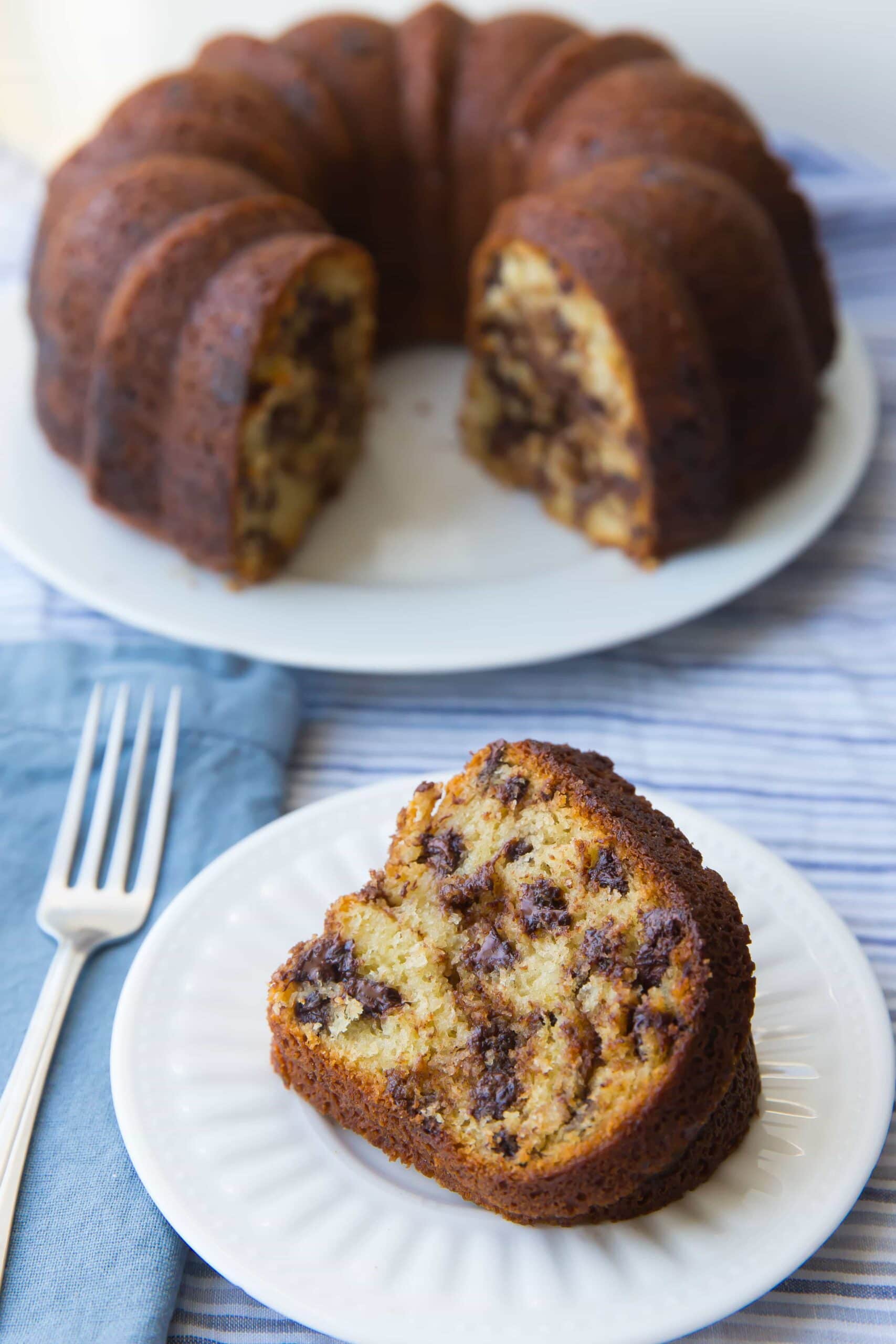