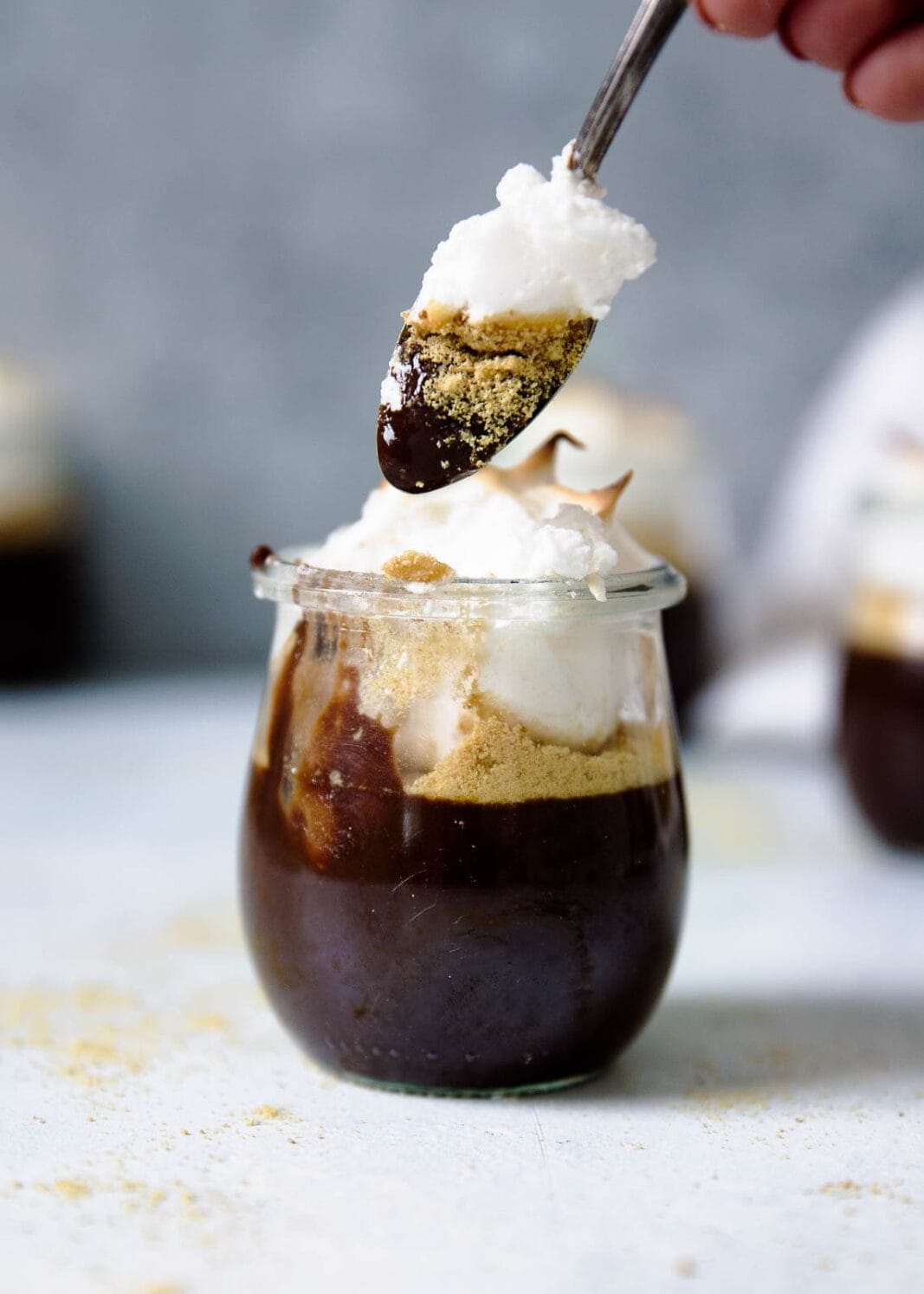 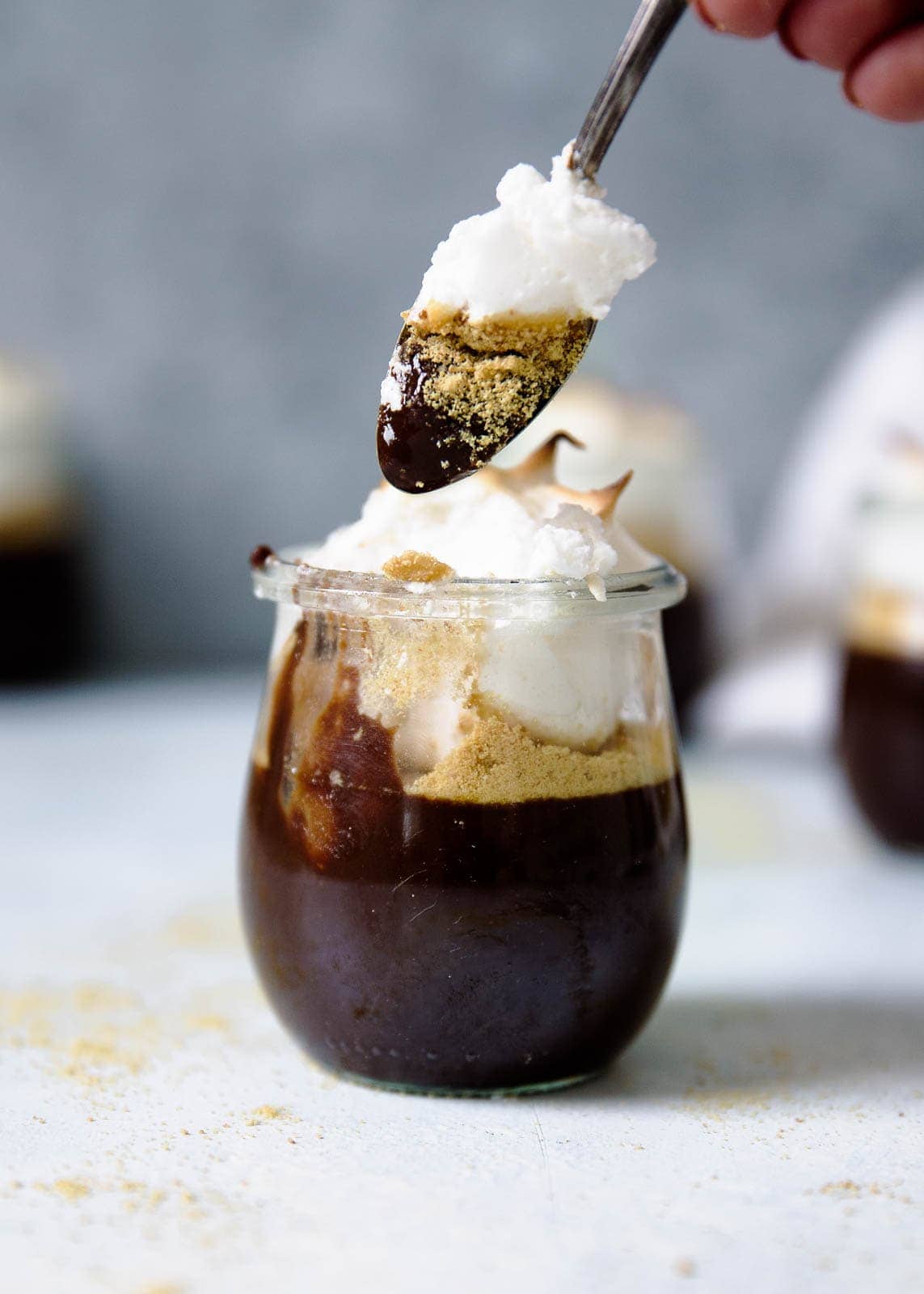 So my absolutely amazing friend, Lexi, wrote a cookbook. And it’s epic.

Yes, I may have shot the cover and yes that may make me a little biased. But I’ve now made 4 things from Lexi’s cookbook, aptly titled Lexi’s Clean Kitchen, and they were all phenomenal. 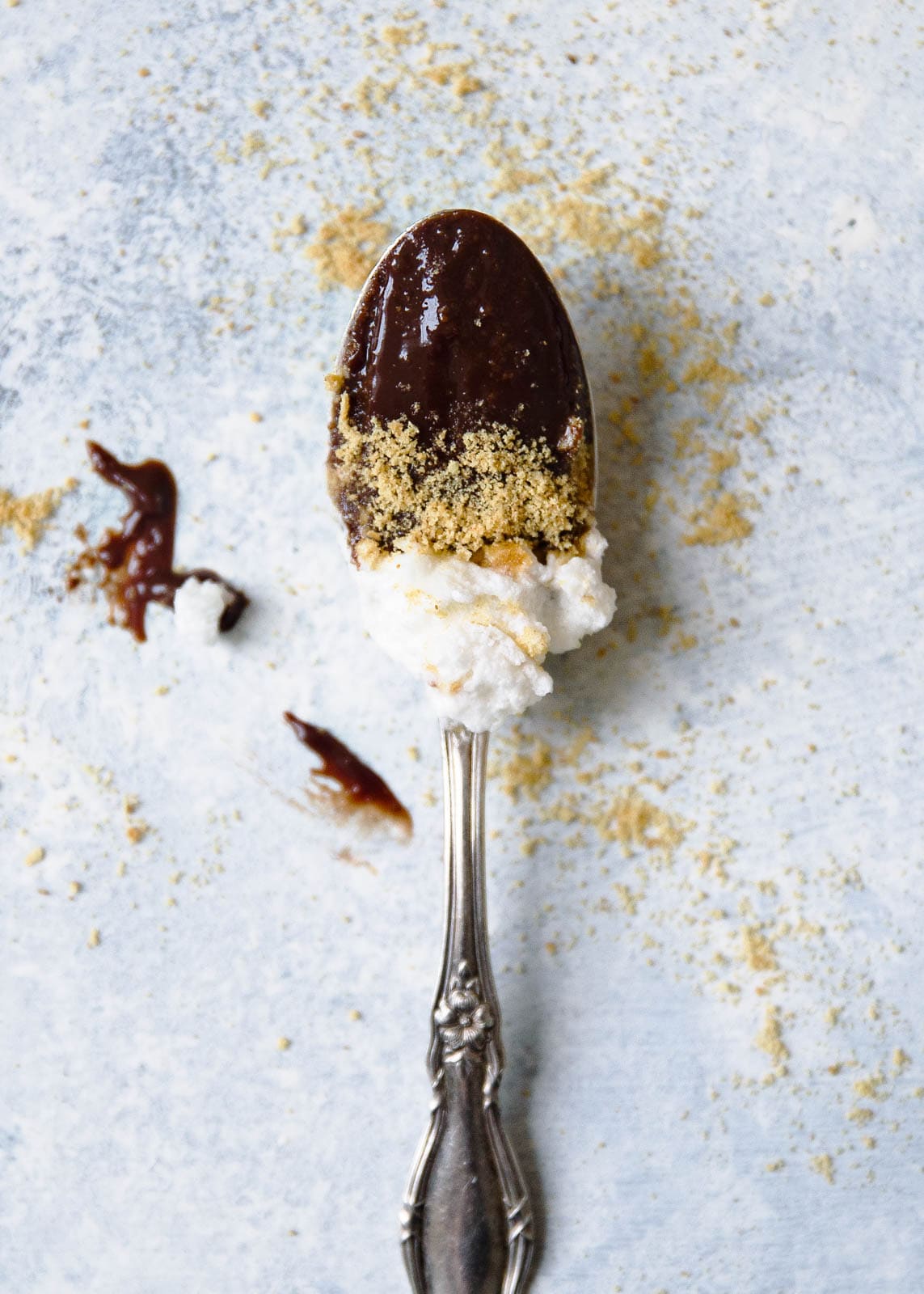 Like, you know when you were little, there were moms whose houses you wanted to go to so badly just because of how good their cooking was? It wasn’t a particular ingredient they used, just a flavor that made its way into each of their dishes.

A similar, almost indescribable flavor permeates all of Lexi’s recipes. What it really is, is magic. Her cooking is some of the best I’ve ever had, and I’m tearing up right now just thinking about how proud I am of her for this book.

These s’mores pots de creme are just one of the many desserts in her cookbook of over 150 recipes. There are basics, breakfasts, apps, main courses, beverages, and more. The “best grilled chicken” is truly the best, and the arroz con pollo was so good we ate it three nights in a row. 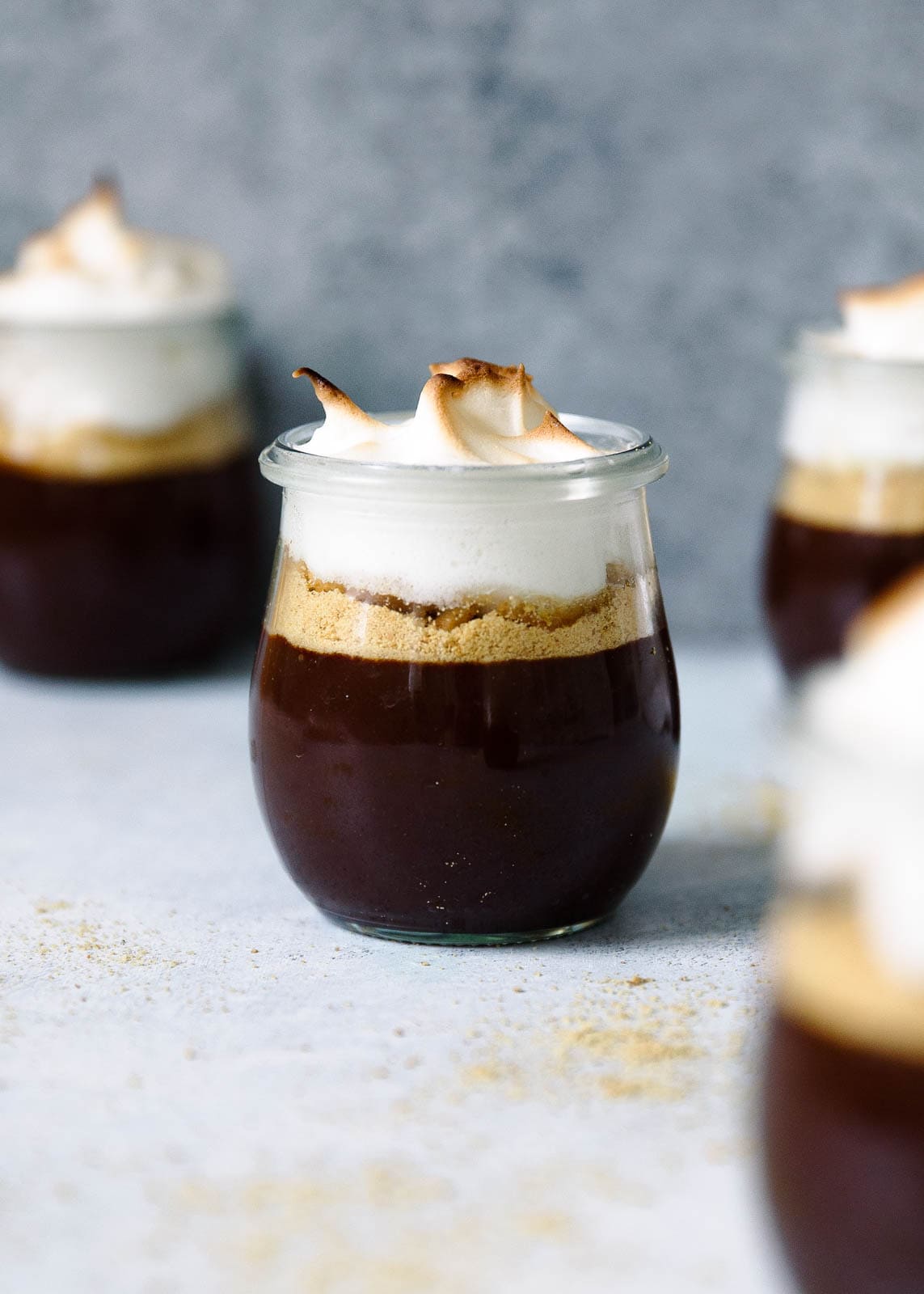 But let’s talk about these s’mores pots de creme for a moment. HOW BEAUTIFUL ARE THEY?!

And so freaking delish.

I ate these both at room temp and from the fridge and both were fantastic. One gives the chocolate this luxurious mousse-like texture, while the other imparts a rich, smooth chocolate bottom. You really can’t go wrong serving them either way.

And yeah, back to that whole “I shot the cover” thing. I shot the cover for this book! We had the most fun day shooting in a gorgeous kitchen in Boston last winter, and it is just amazing to see it in print. 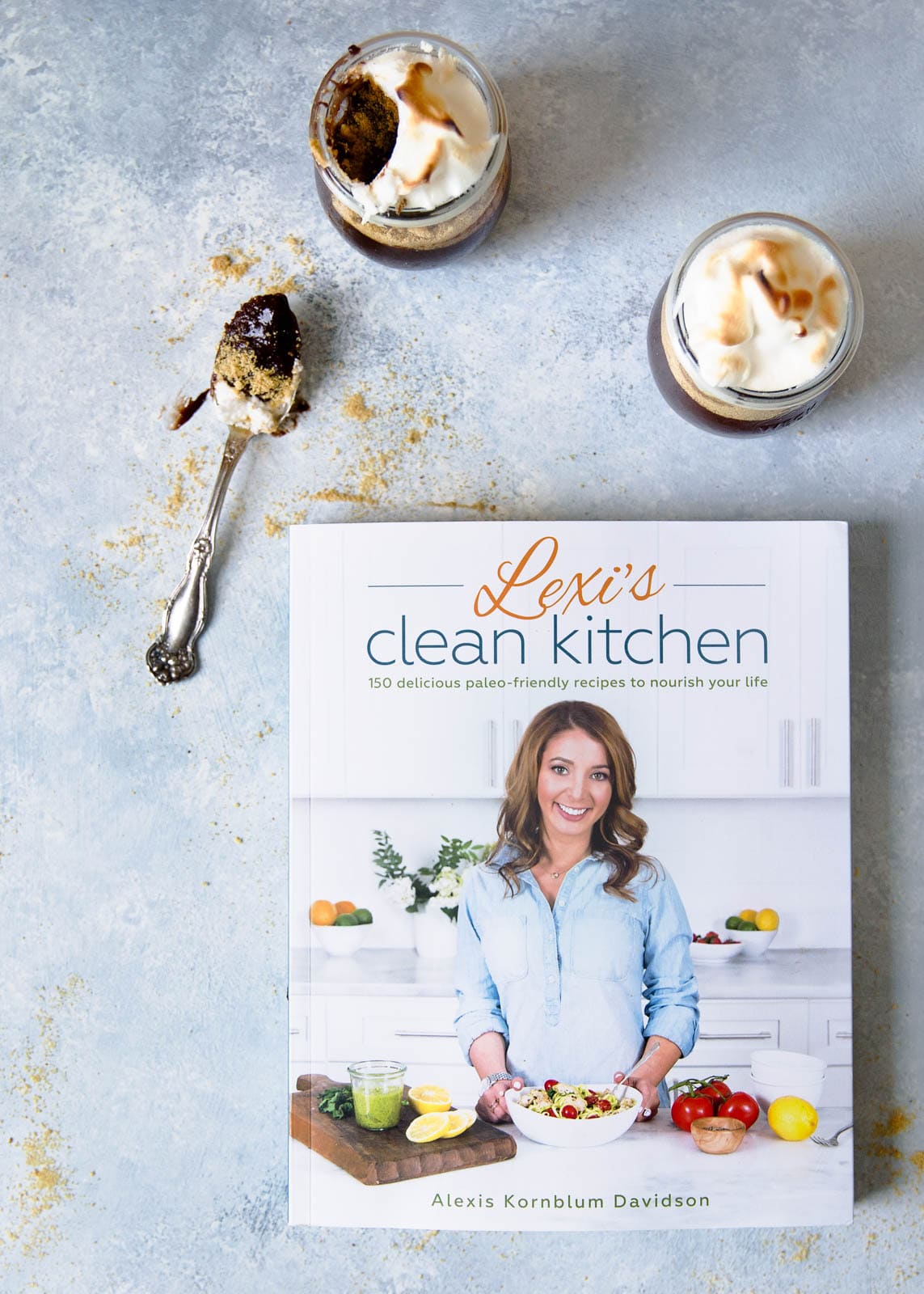 OK, any more praise and I may puke she’s so cute. If there’s one cookbook you get this season, make it this one, guys. It will not disappoint.

For the graham cracker crumbs

For the chocolate custard pudding

For the marshmallow meringue