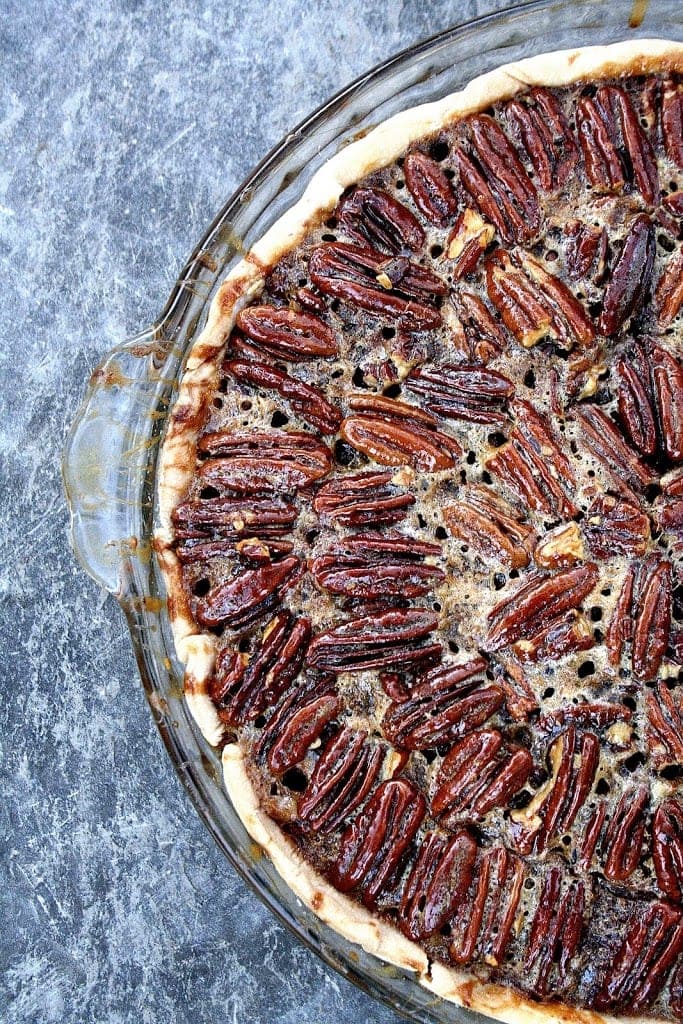 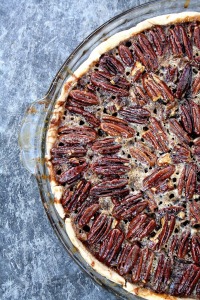 
Preheat the oven to 425°F. Begin by blind-baking the pie crust. Blind baking is important in making any pie because it involves baking the crust initially on its own, allowing for the final produt to have a crispier bottom crust, not gooey and still uncooked like those aaaamateur pies). To blind bake, grease a glass pie plate and set down the bottom pie crust. Starting from the middle and working your way out, pat down the crust so it lies flat on the plate. Using your fingertips, ruffle the edges to make it look pretty. Use a fork to make 7-10 indentations in the bottom of the crust (this allows air to escape from the crust and prevents bubbles from forming). Now grease the inside of the crust and line it with a piece of aluminum foil. Next, pour in dried rice or beans to line the aluminum foil. Bake for 20 minutes (your crust won’t be fully cooked, per se, but it will make a world of a difference. Trust me!).


Meanwhile, in a double boiler, melt butter. Once melted, remove from heat. Add in sugar and salt and stir to dissolve. After, add in the corn syrup. Stir some more. Whisk in eggs until fully incorporated. Return pan to heat and stir until mixture is smooth, shiny, and hot to the touch. Take mixture off the heat, and, in a large glass bowl, pour in pecans and sugary mixture on top. Bake in a 285°F oven for roughly one hour, until pie sets to the consistency of gelatin.

Recipe adapted from Brown Eyed Baker and can be found here!