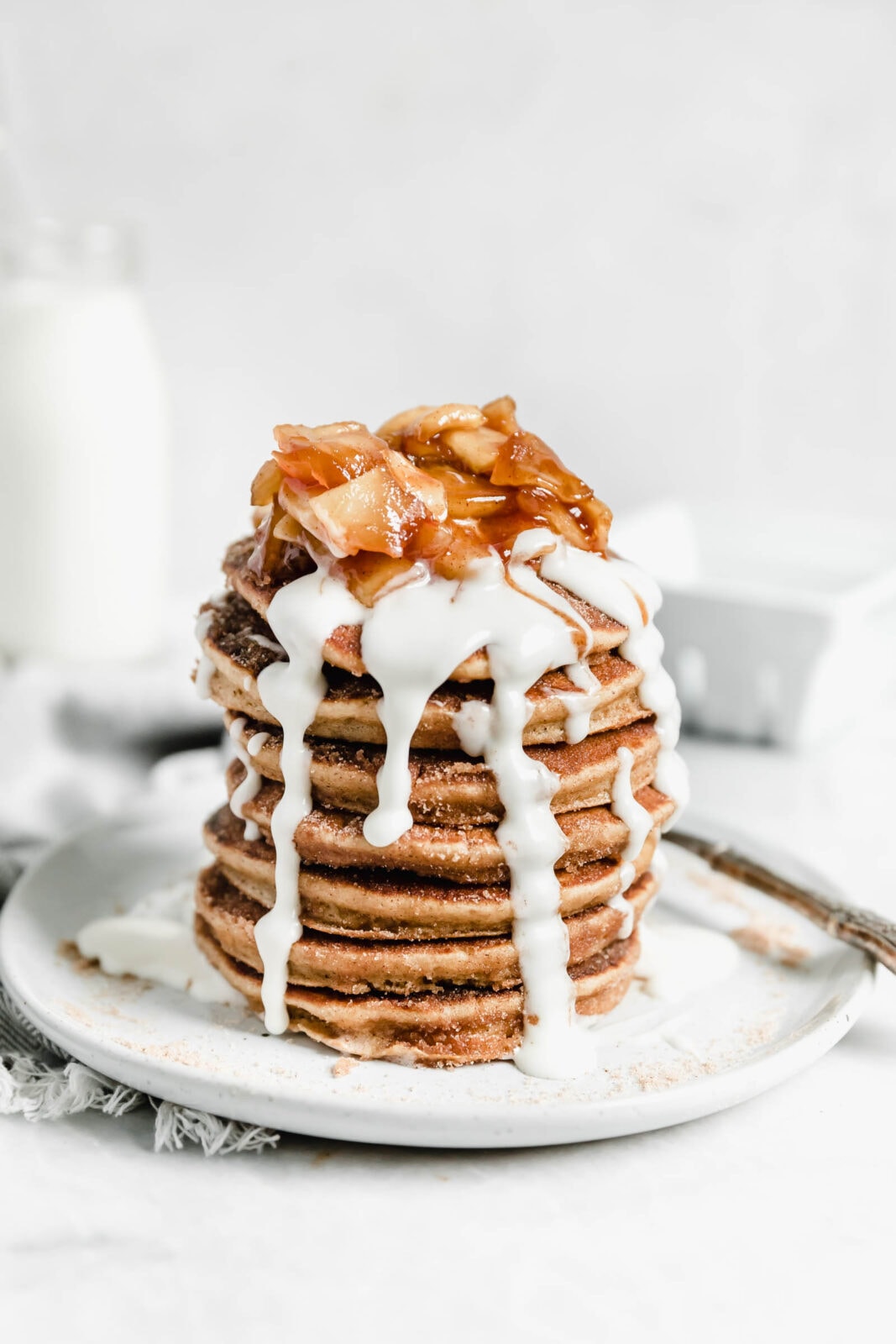 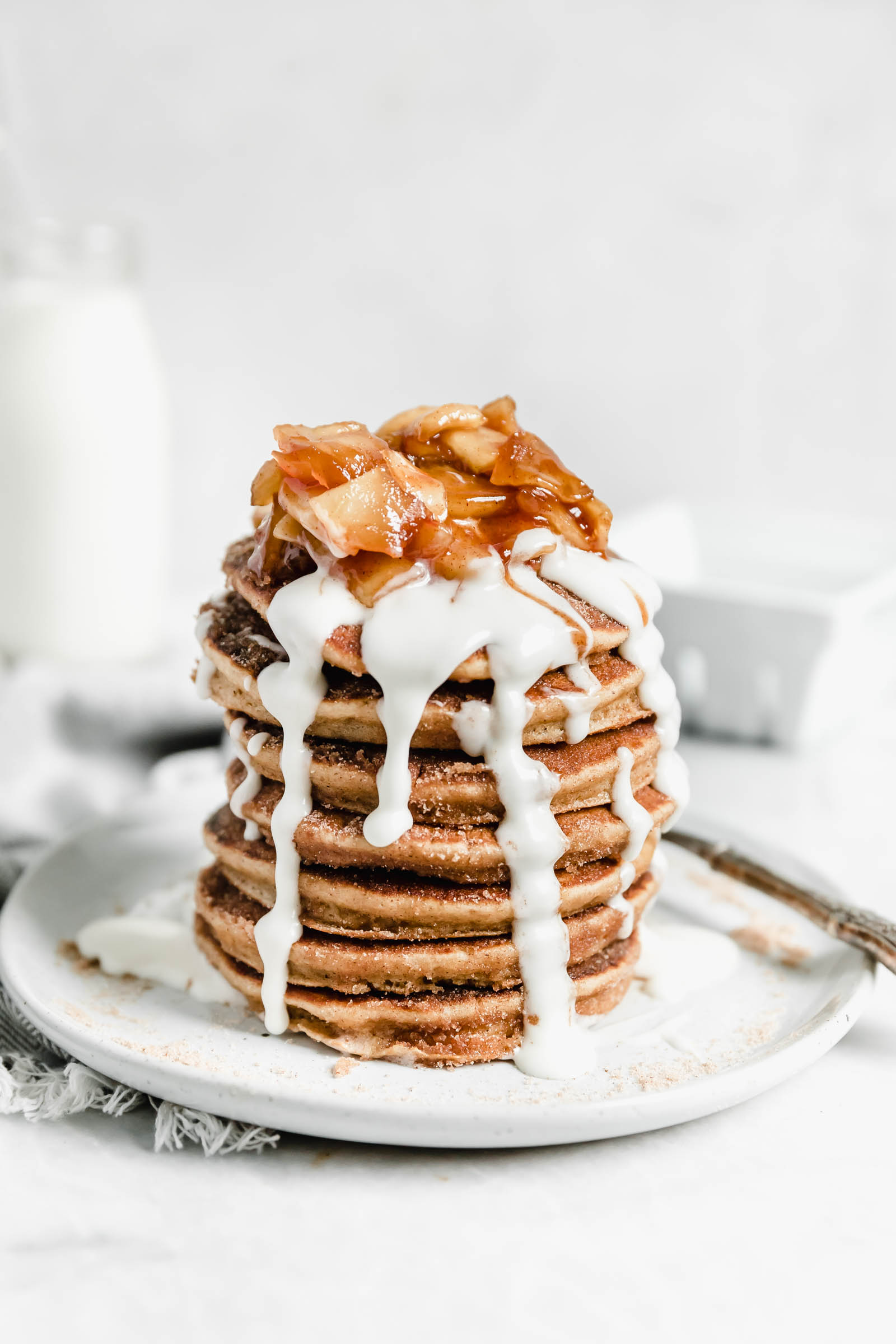 I know it’s a Monday, and (at least for me), these apple cider donut pancakes aren’t in the time schedule this morning, but boy do I wish they were how I was starting my morning. Perfectly spiced, light and fluffy, covered in that signature cinnamon sugar coating and finished off with a cinnamon glaze. YUM. I mean, I’m not going to be able to focus on anything all day, and you KNOW we’re having breakfast for dinner tonight 🙂 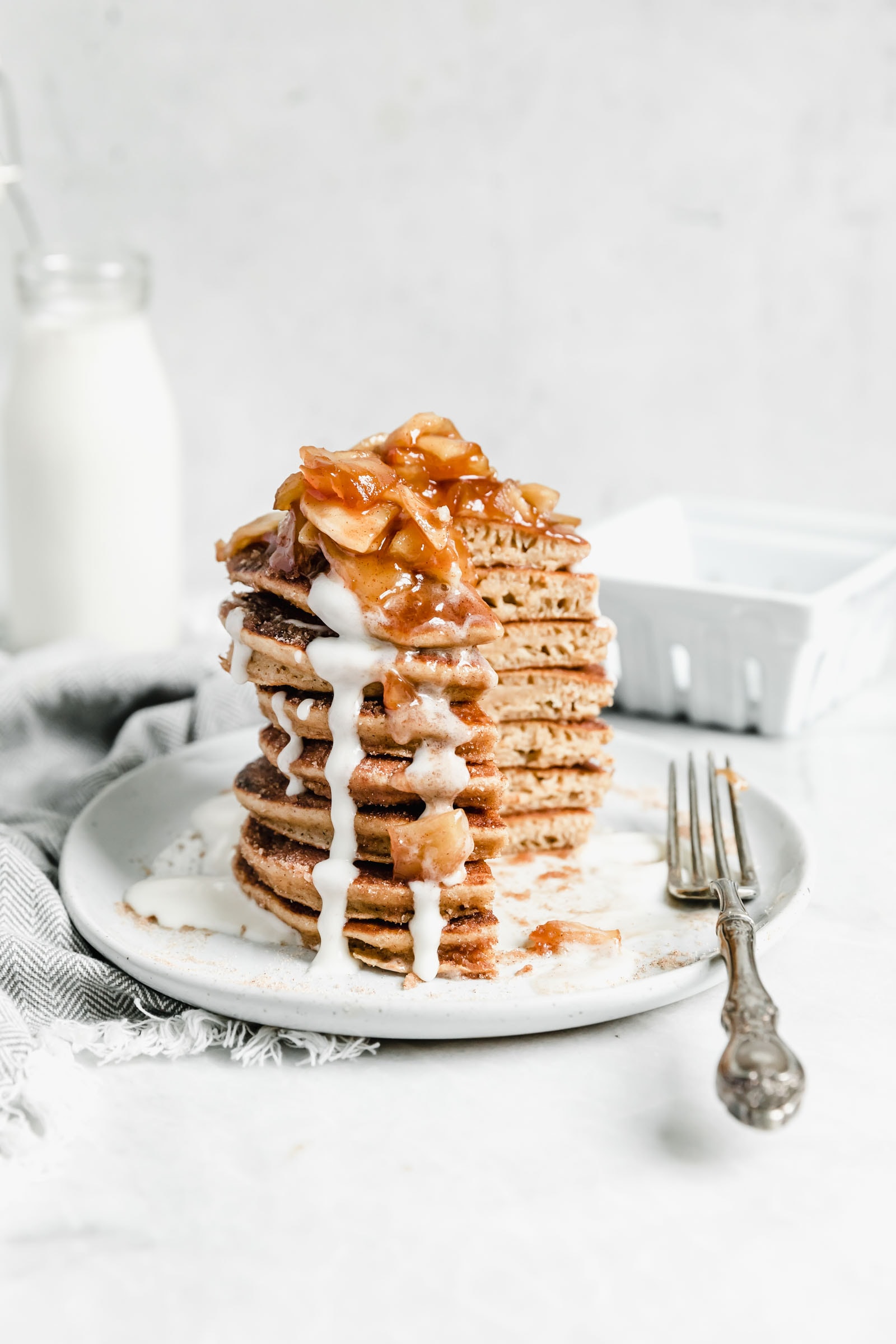 Plus I think pancakes for dinner is a little more acceptable than donuts (not that we really care). 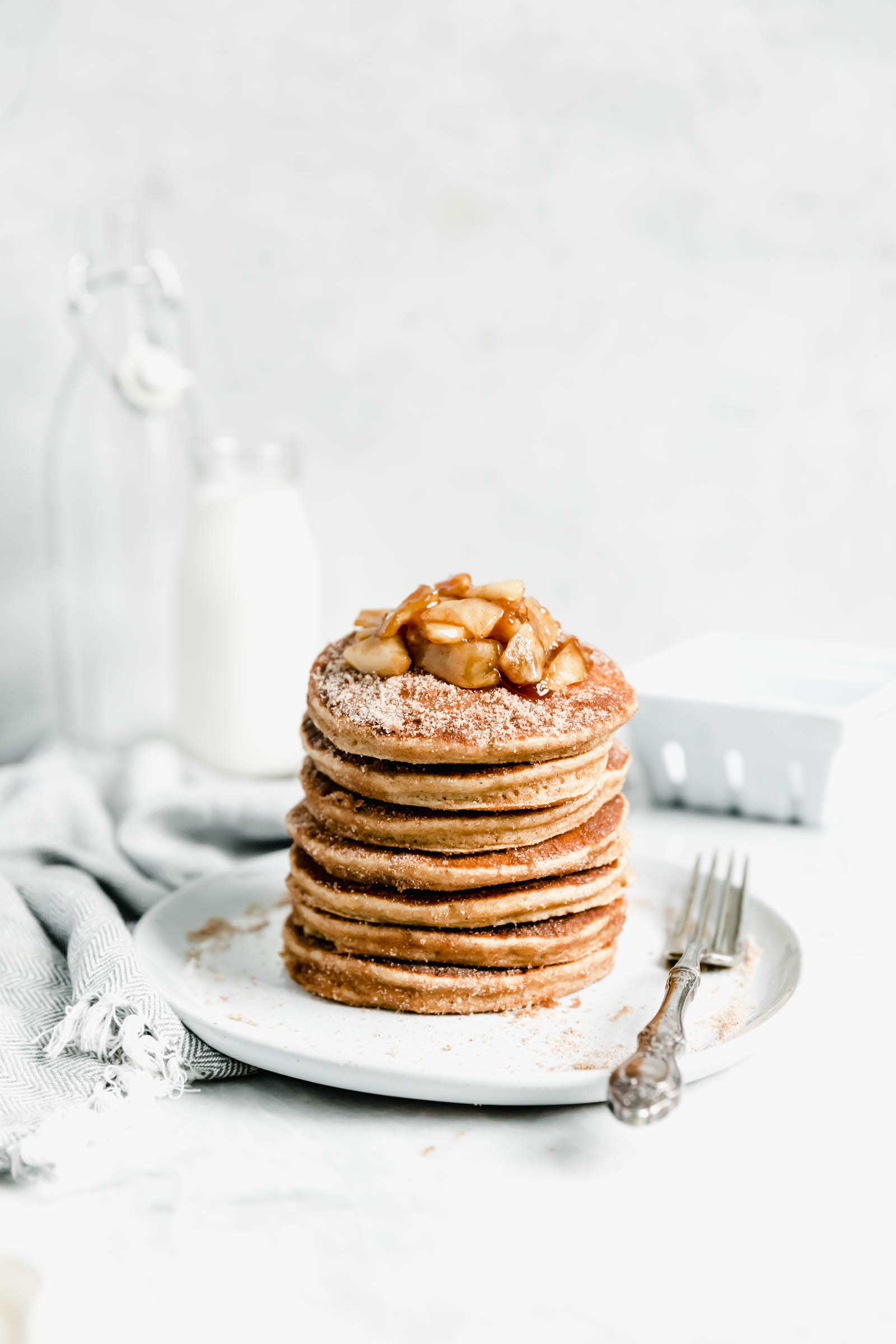 What ingredients do you need to make apple cider donut pancakes?

Lucky for you, pancakes are one of the easier sweet treats to throw together on a whim. To make these Fall pancakes that taste exactly like an apple cider donut, you’ll need a few simple ingredients:

I have almost all those things in my pantry, so the only excuse you can muster up for not making these delicious pancakes is not having apple cider. An easy fix, though, and well worth it! 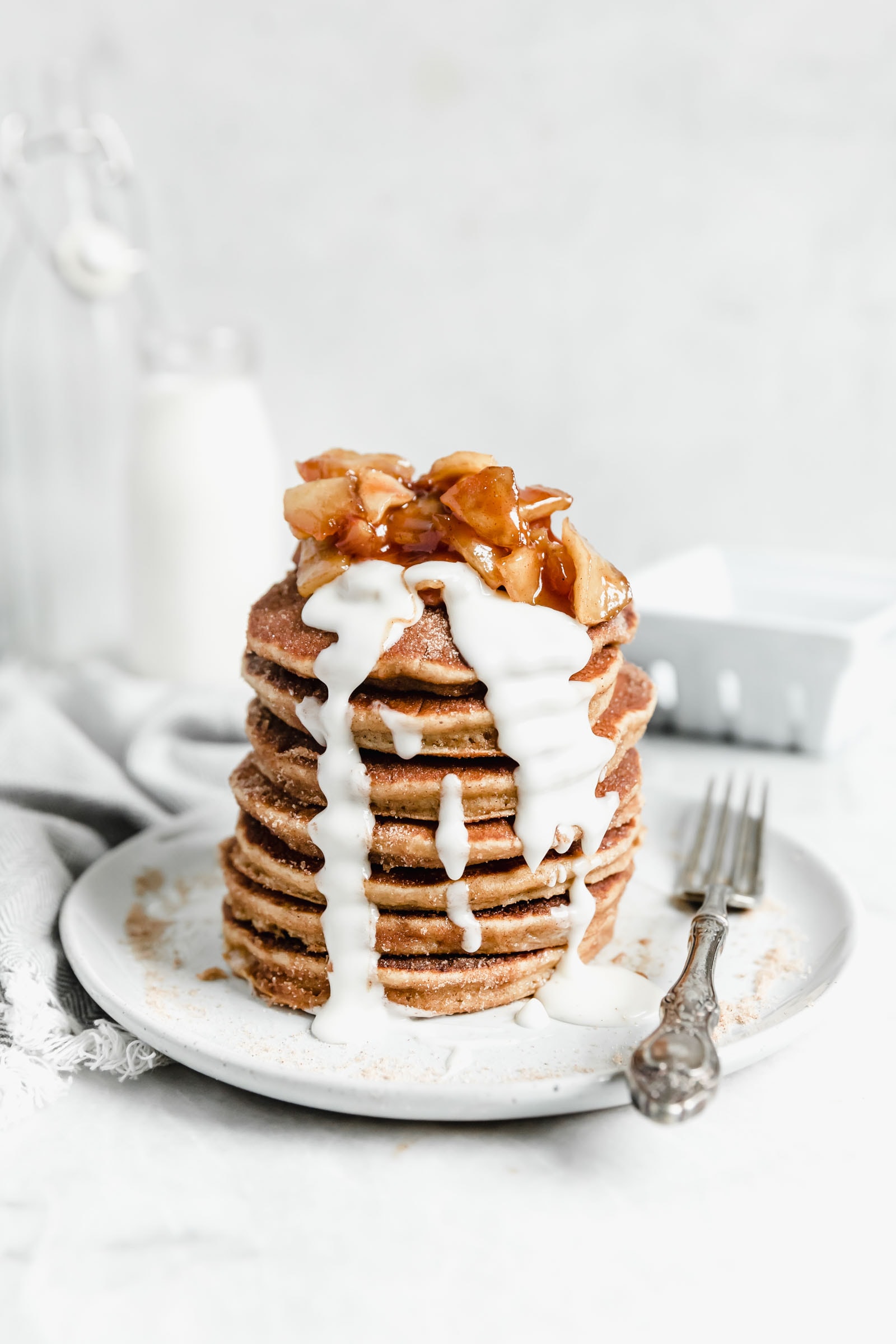 Anyone who tries to tell you that apple cider and apple juice are the same is wrong. And apple cider is far superior to apple juice. You can quote me on that. While there are a lot of rumors floating around about the difference between apple cider and apple juice, it comes down to the way they’re processed. Both are made from apples (duh), however apple cider is generally not filtered to remove sediment and it is not pasteurized. This is why you generally find your apple cider at a local apple picking farm or seasonally in the the refrigerated section of the grocery store. On the other hand, apple juice, which is filtered and pasteurized stays fresh for ages and the clear, light colored juice can be found on a shelf year round.

For these apple cider pancakes you’ll definitely want to use cider! 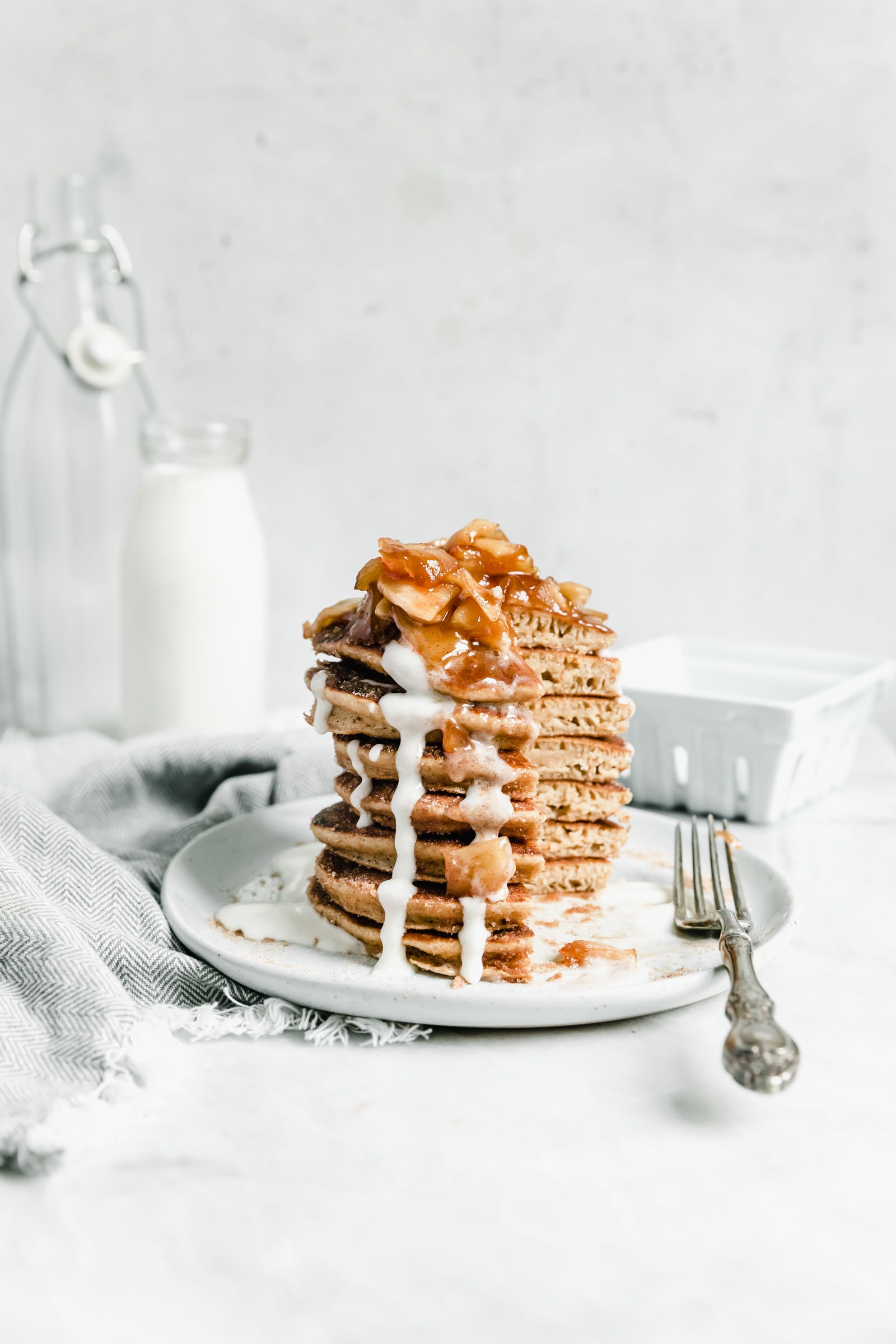 I’ll see you at dinner time for these apple cider donut pancakes. I know we can all make it through this Monday knowing that’s how we’re ending our day 🙂

It’s officially apple picking season, which means it’s also apple cider donut season 🙂 We took all our fav flavors and made them into a fluffy, perfectly spiced pancake coated in cinnamon sugar. YUM.

for the apple cider donut pancakes

for the cinnamon sugar coating

for the cooked apples

Looking for other pancake recipes?