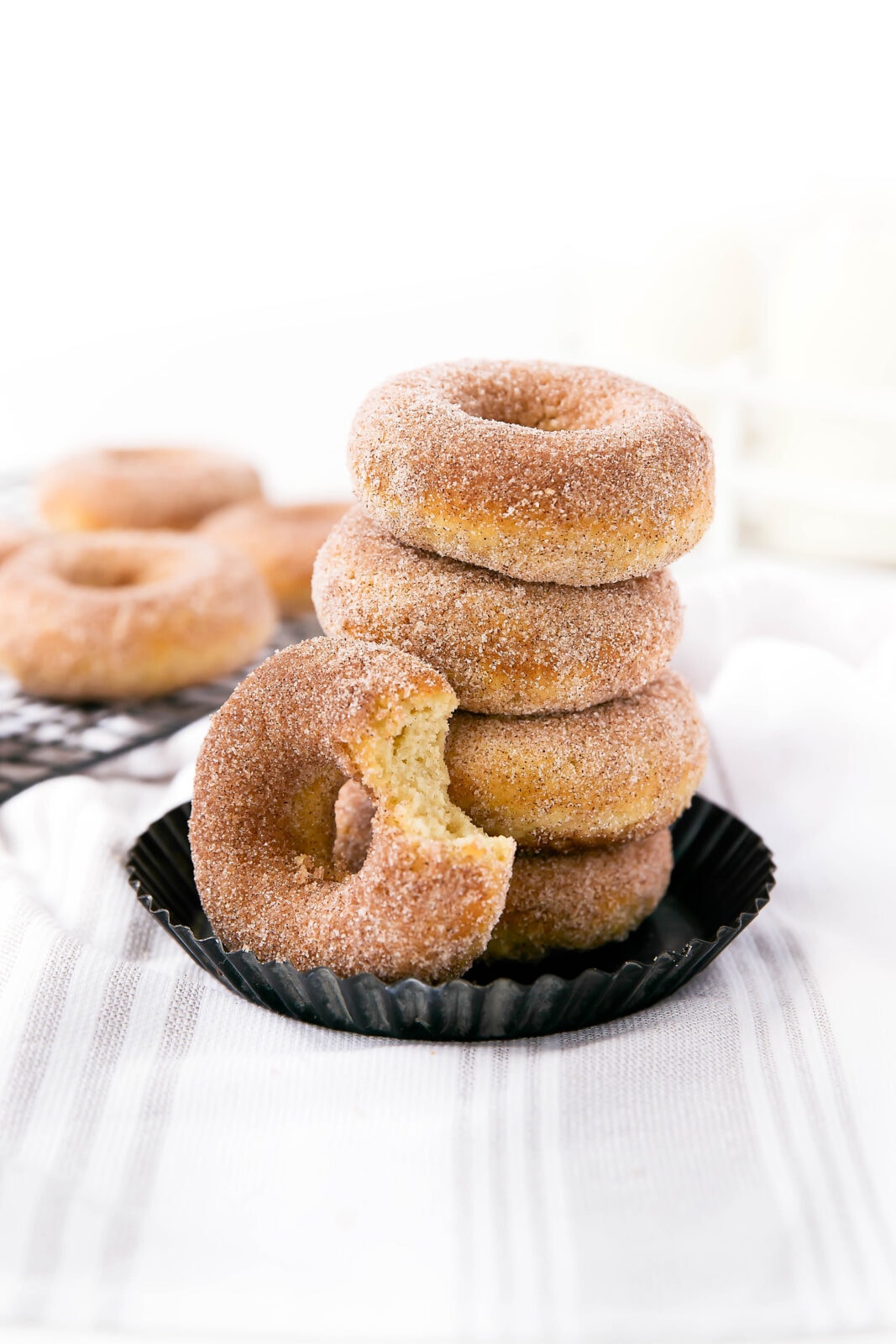 These Baked Cinnamon Sugar Donuts are soft, moist, delicious and easy to make. They’re the perfect special breakfast treat for 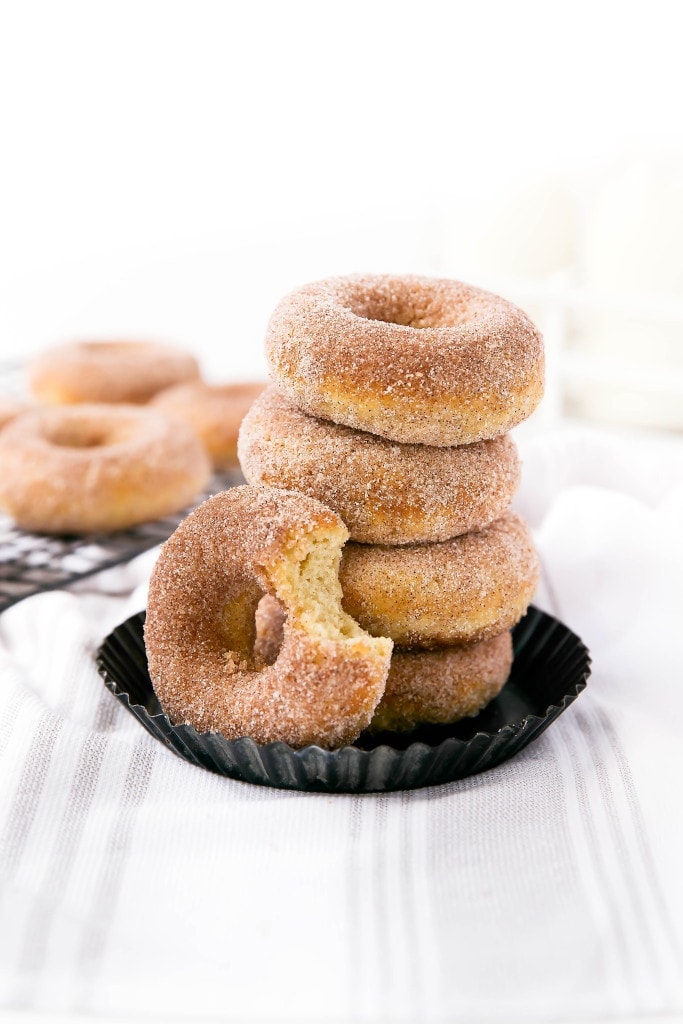 PEOPLE. Today I am sharing the most scrumptious desserts disguised as breakfast: baked cinnamon sugar donuts. Where do I even begin? The soft, cakey dough. The warm cinnamon sugar coating. Or the fact that they’re baked, not fried.

Take it all in, friends. 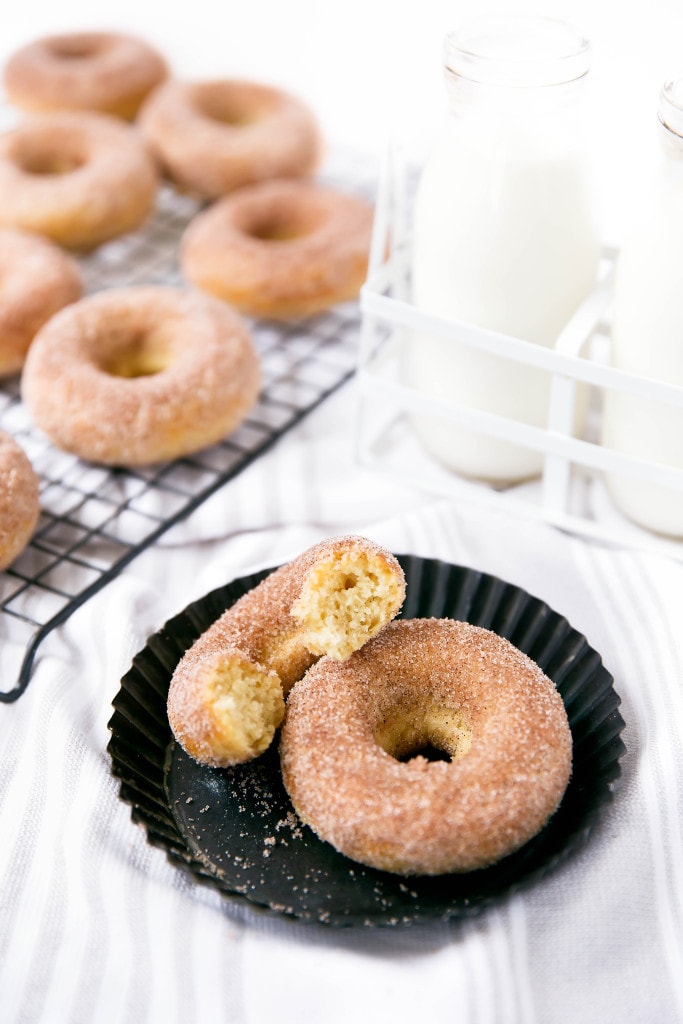 The batter for these baked cinnamon sugar donuts comes together as quickly as pancakes or muffin batter and is made with pantry staples. I love this cinnamon sugar donut recipe because I can throw it together on a whim without having to run to the store. Here’s your shopping list:

If you don’t know it, donuts are one of my favorite sweet treats. And thanks to this donut pan

, it couldn’t be easier. You get a perfectly round donut every time, and you get to skip the whole fried food guilt thing (not that you should feel guilty EVER about donuts). Simply pipe the batter into a grease donut pan, bake, and then dip in cinnamon sugar!

I kid you not in that these donuts were gone within 24 hours of their conception. People couldn’t get enough of them. And did I mention how easy they are?! Cinnamon sugar is pretty much my favorite flavor combo (duh), and these baked donuts are no exception! 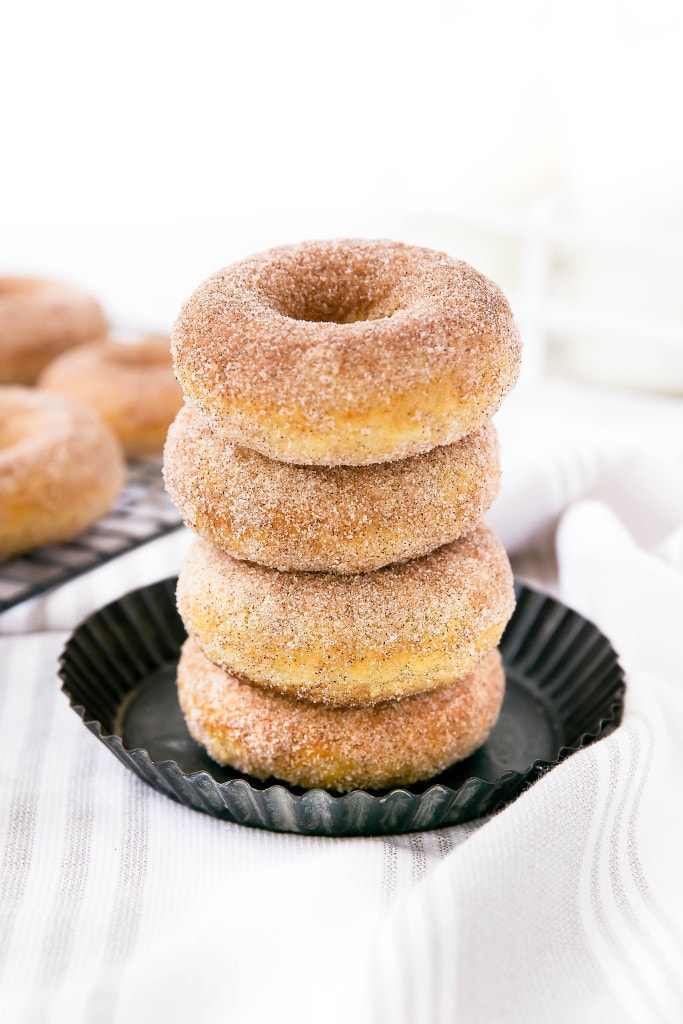 So go ahead. Make these donuts. You will not be disappointed.

For the cinnamon sugar

Looking for other desserts disguised as breakfast?