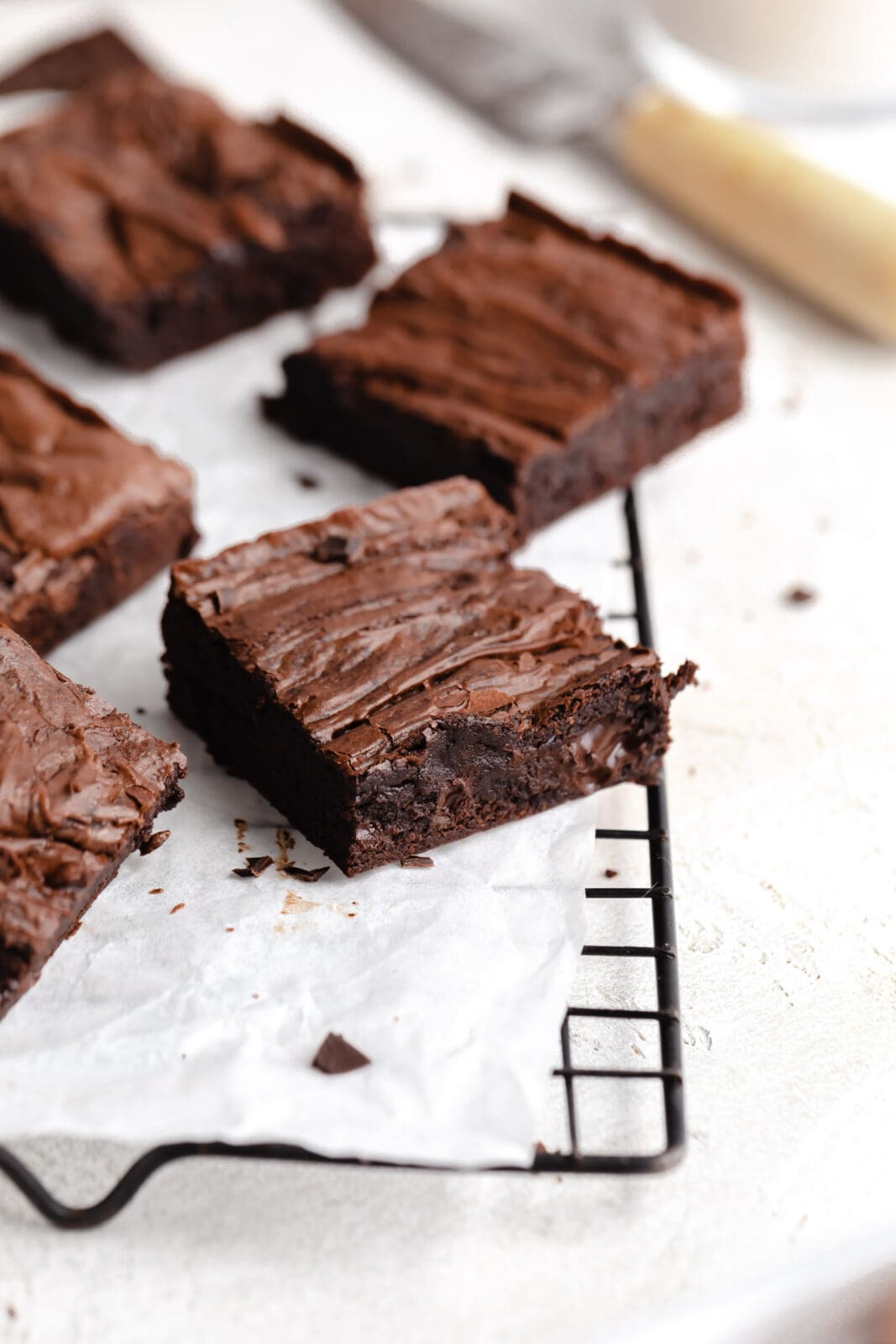 A one-bowl wonder that tastes waaay better than boxed brownies. You’ll never reach for another boxed brownie mix again with 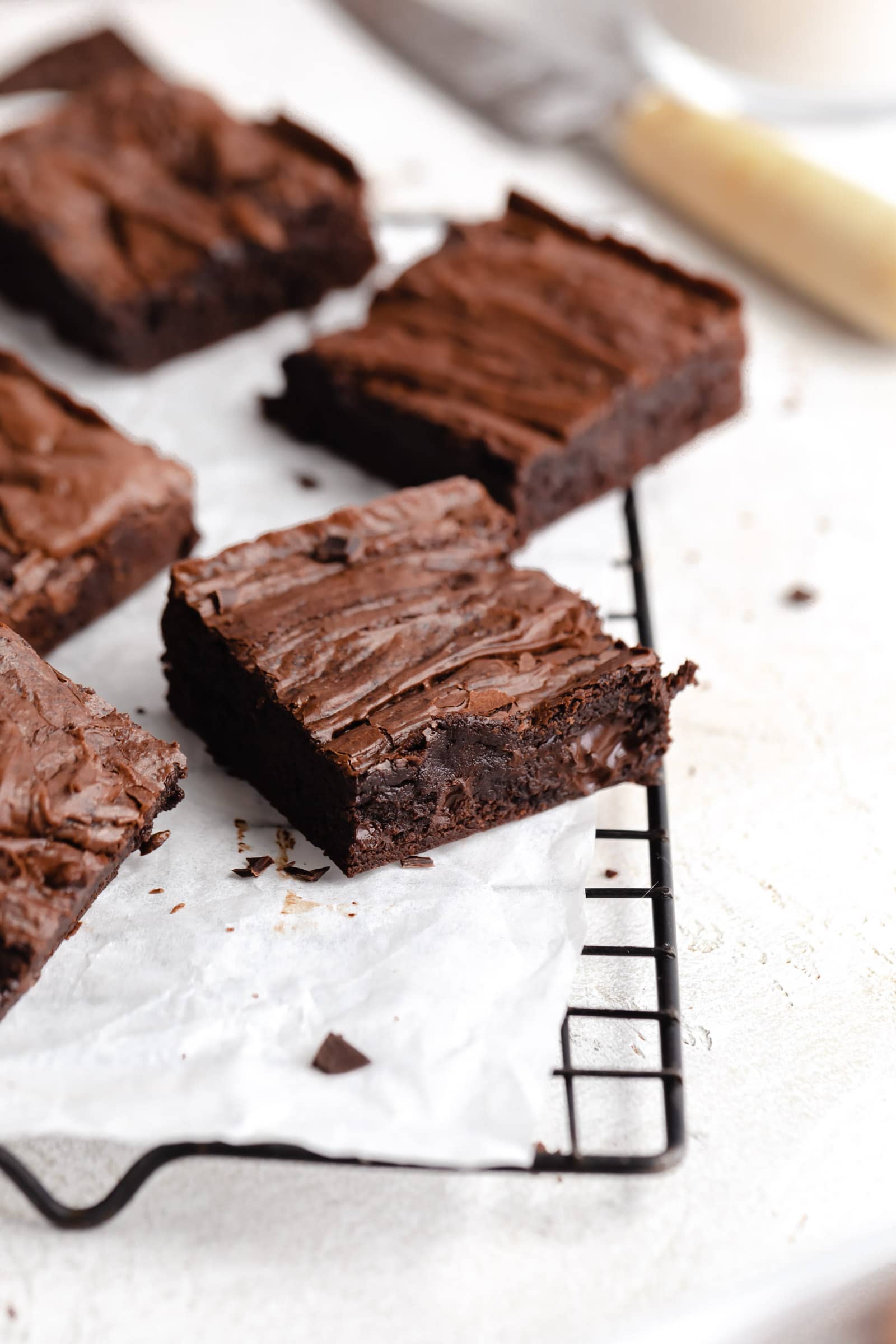 My name is Sarah and I am a brownie addict. Brownies are my favorite dessert. Possibly my favorite food. As some of you know, we pretty much always have at least one batch of brownies to munch on in the house. So creating a new brownie recipe is a big deal for me, because if I don’t come up with something next to perfect, I get frustrated. In fact, I threw out an entire batch of brownies yesterday because they just didn’t measure up. And I’m not even mad about it.

Now I know that may make me sound like a brownie snob, but I’m not…in fact, I love a boxed brownie mix. While a homemade brownies is obviously delicious, there is something quintessentially delicious about a boxed mix and that fudgy, crackly top texture can be hard to get just right in a homemade brownie. 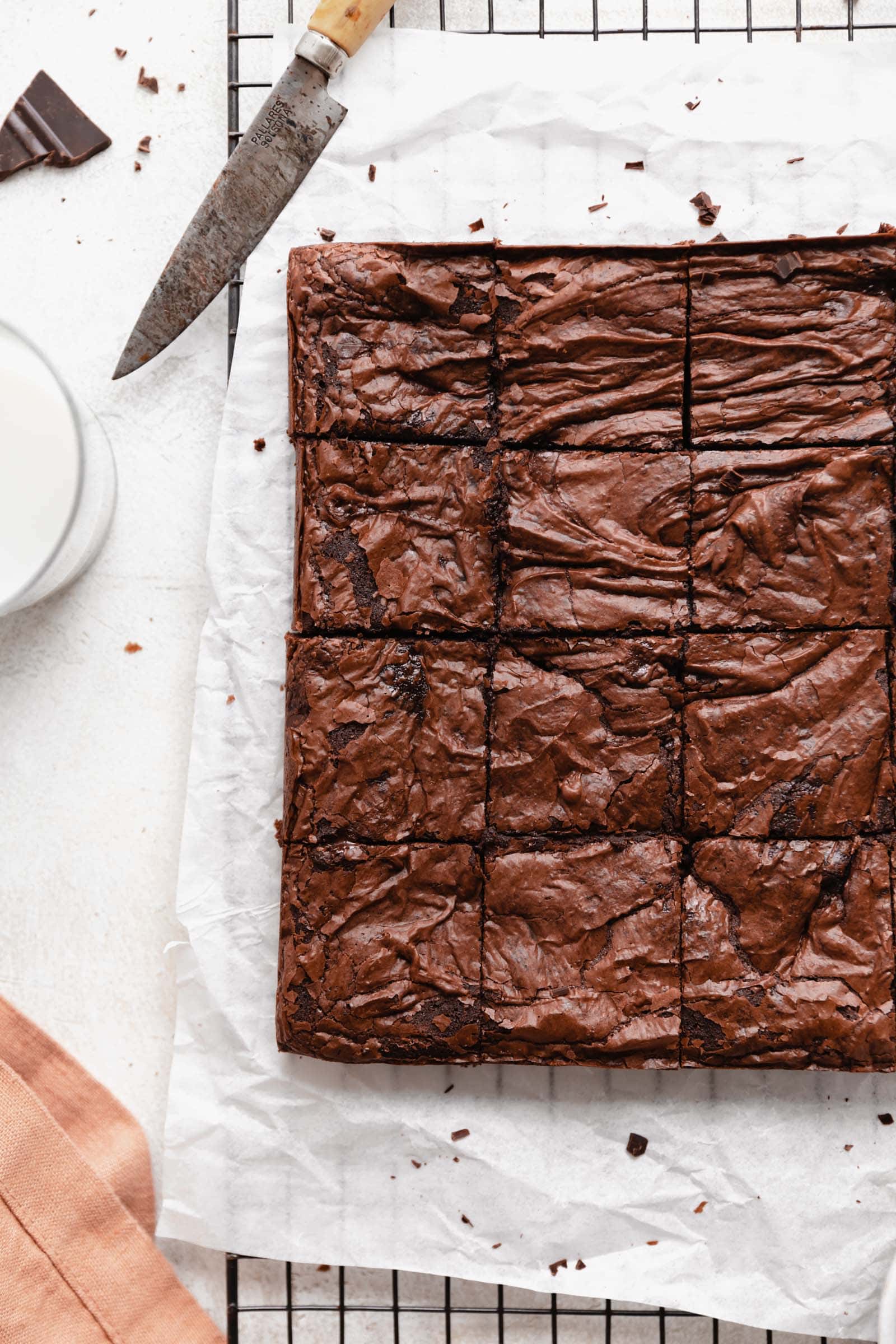 Lucky for you all, I finally came up with a recipe that passed the test. They’re soft, fudgy, moist and they just melt in your mouth. In fact, I think I baked them 2 minutes too long, so when you make them be sure to take them out a few minutes early and you’ll have the most magnificent fudgy brownies. 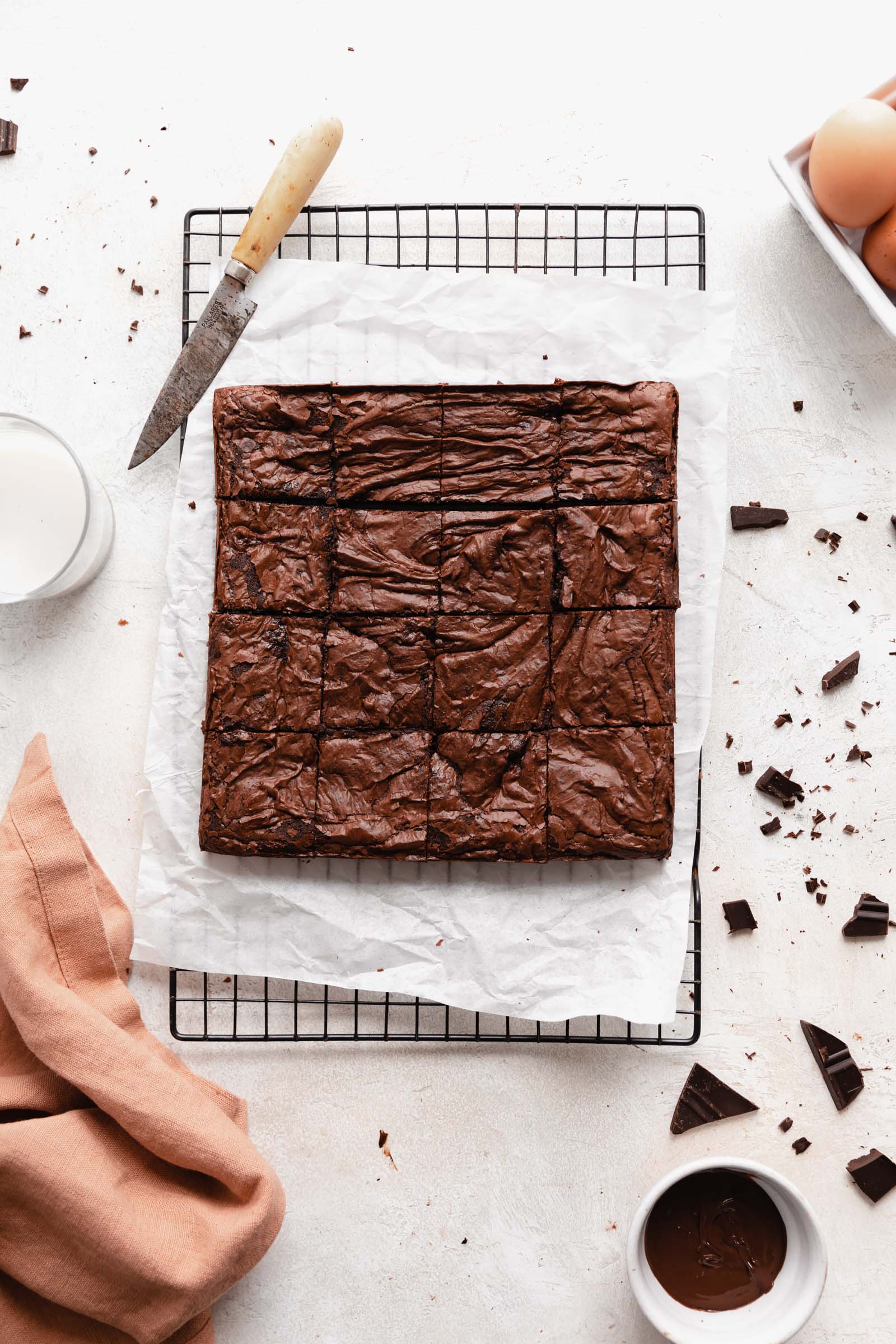 Why are these brownies better than boxed brownies?

Well, many reasons. I could go on for *hours* about how freaking delicious these homemade boxed brownies are, but they’re truly the best for a few reason: 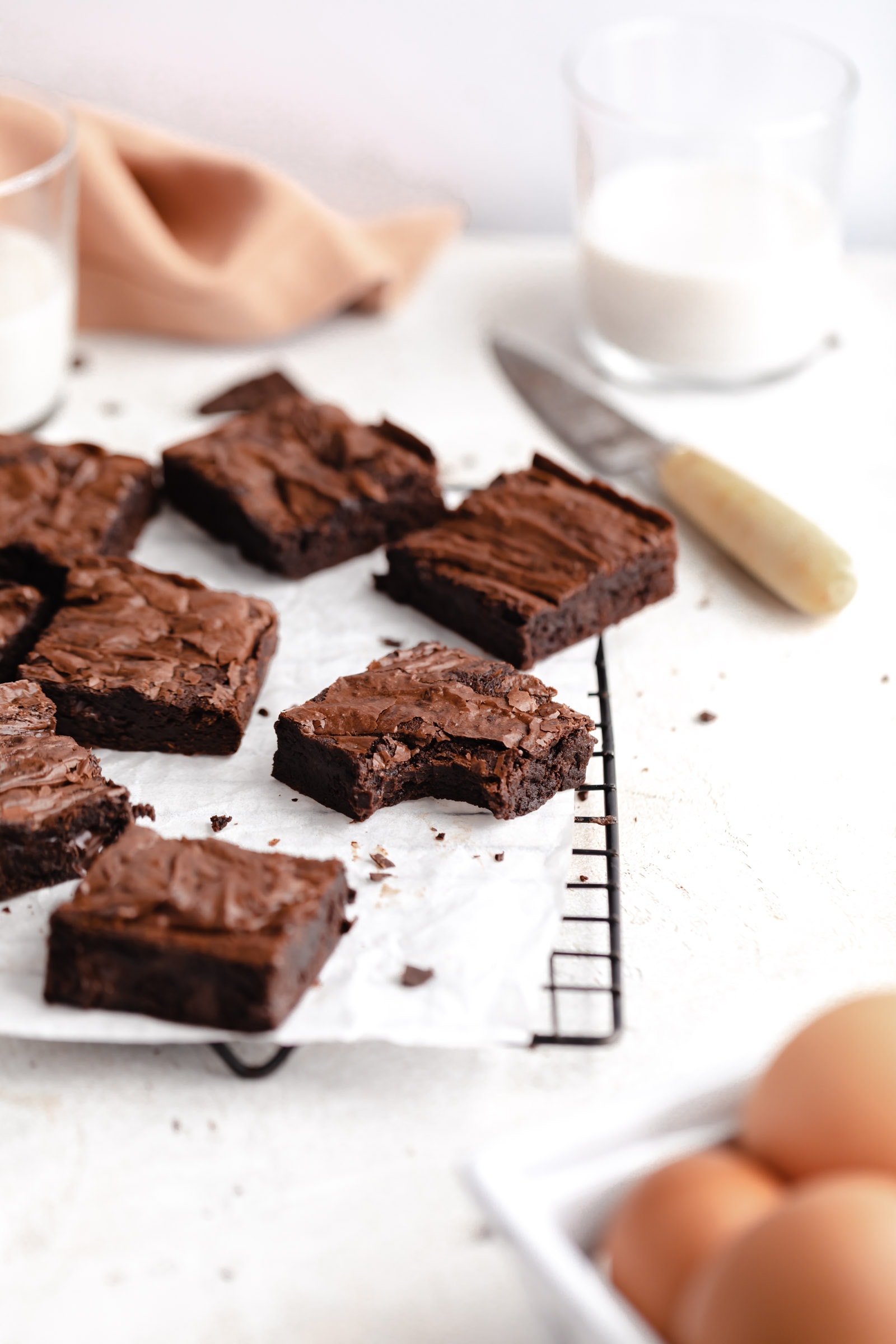 Is anyone else as crazy about brownies as I am? Or if brownies aren’t quite your thing (gasp), what dessert is your I-must-have-it-and-it’s-my-favorite-beyond-favorite?

I asked Alex that question and he said, “skittles.”

I just shook my head at him.

He then changed his answer to brownies. 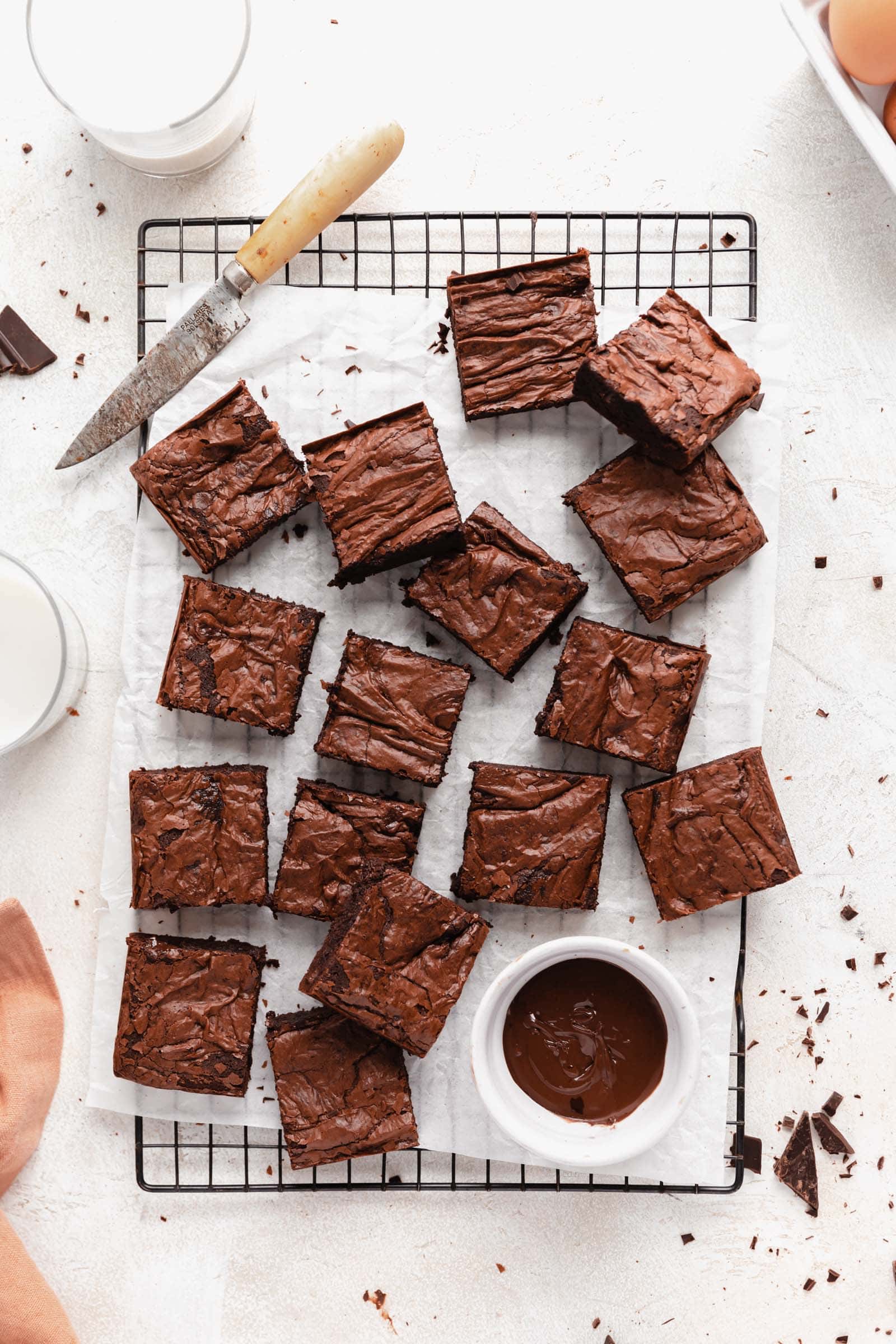 I used dutch cocoa for a deeper color, and bigger chocolate chips in the batter for an added richness.