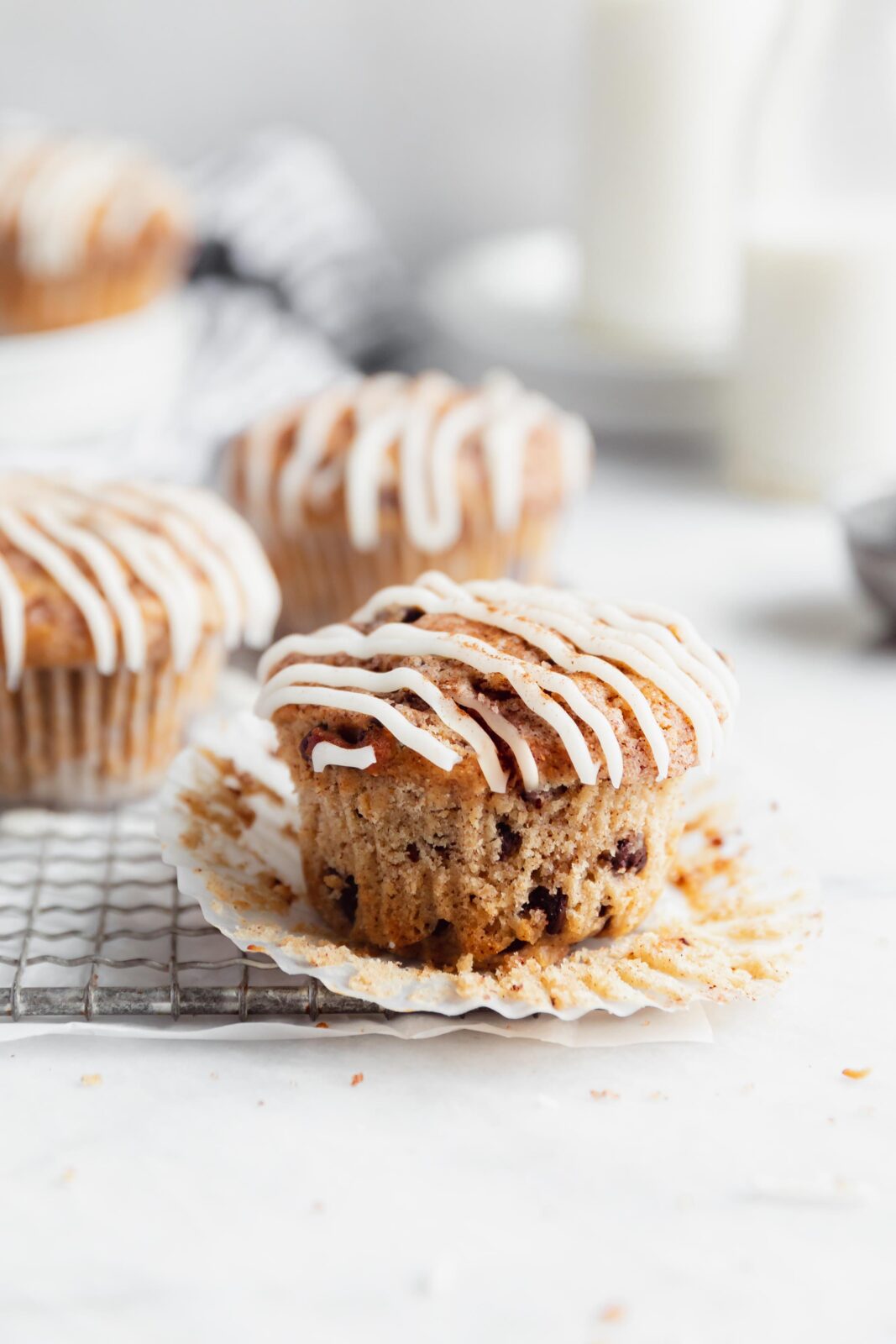 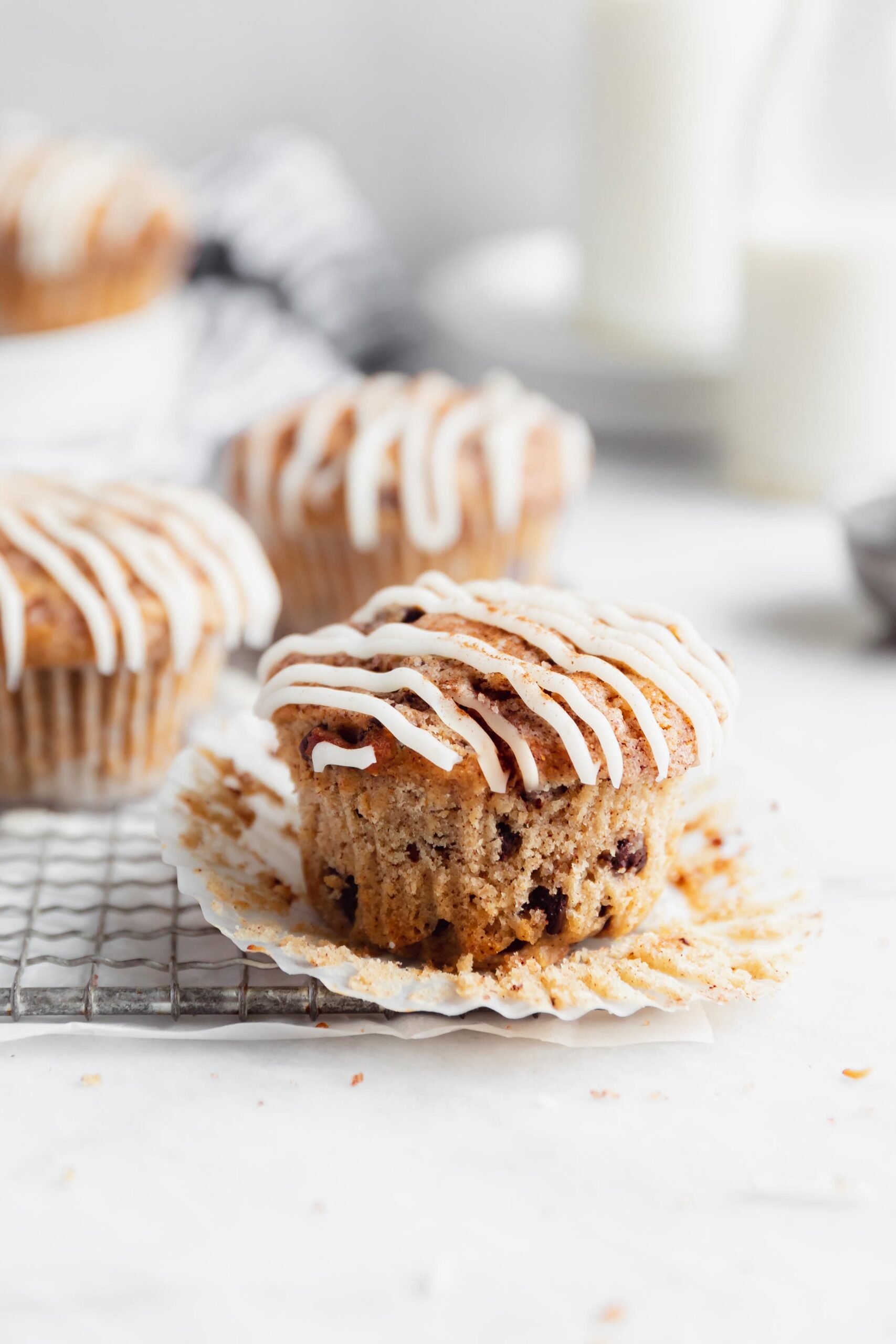 HAPPY NEW YEAR! Cue the champagne pop and the confetti!  We’re kicking off this new decade with these cinnamon chocolate chip muffins, swirled with buttery ribbons of cinnamon sugar and studded with chunks of chocolate.

So, yeah. you could say we’re off to a good start. 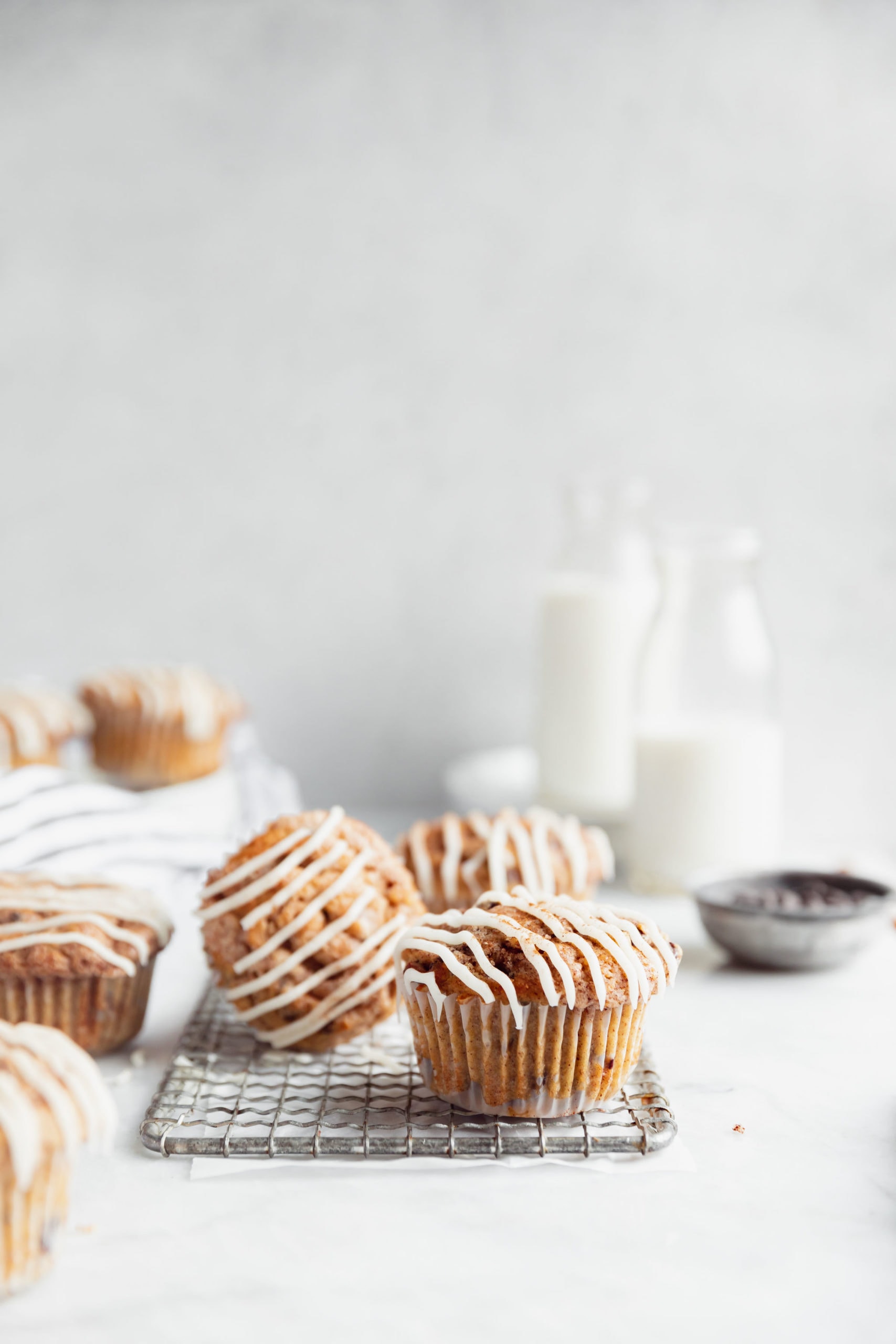 These chocolate chip muffins have the most tender, moist crumb ever and are literally injected with a buttery cinnamon sugar mixture. They’re like muffins on steroids, and damn, they are good. 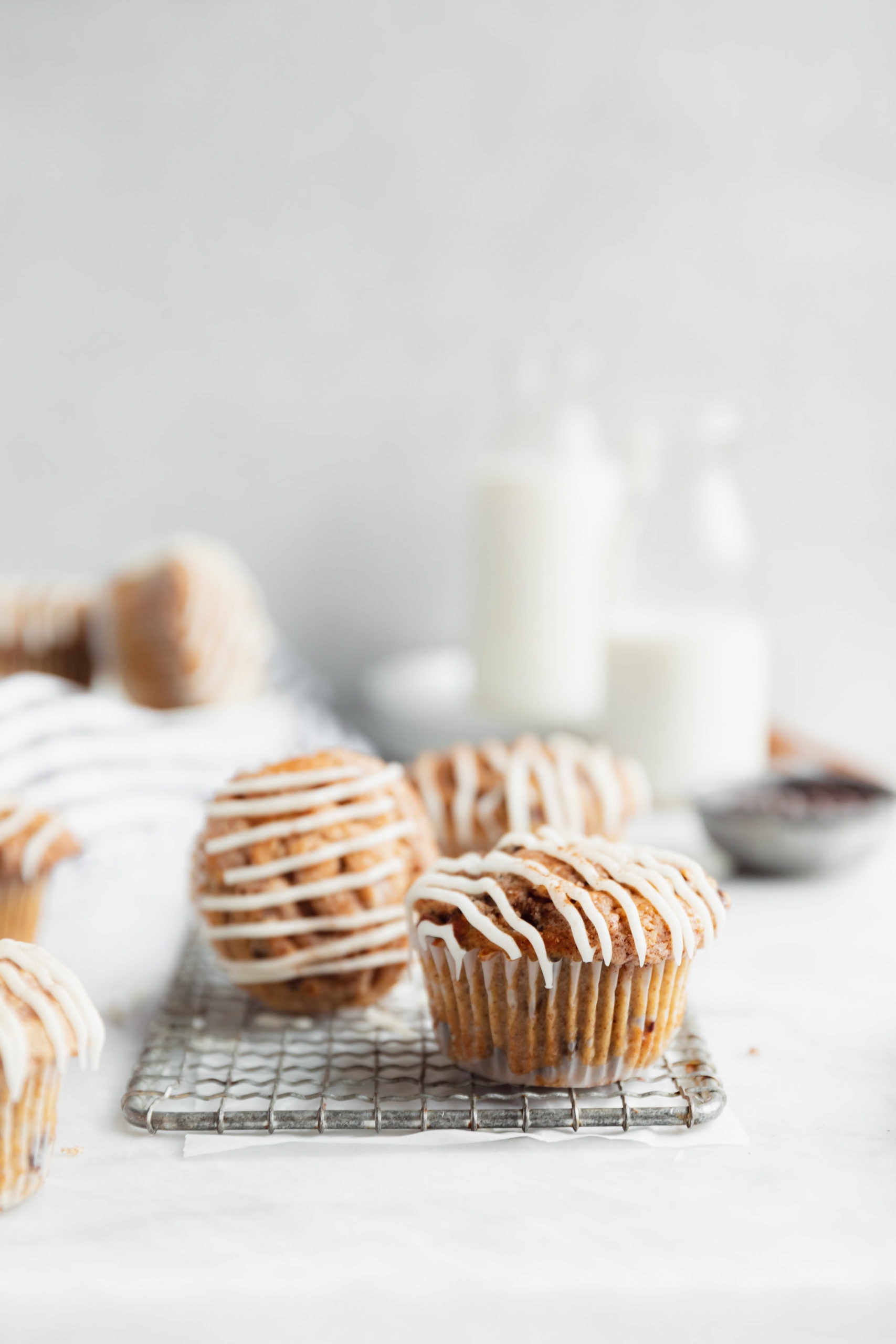 Muffins are pretty straight forward as far as baked goods go, but if you want perfect muffins every time we rounded up our best tips for moist cinnamon chocolate chip muffins! 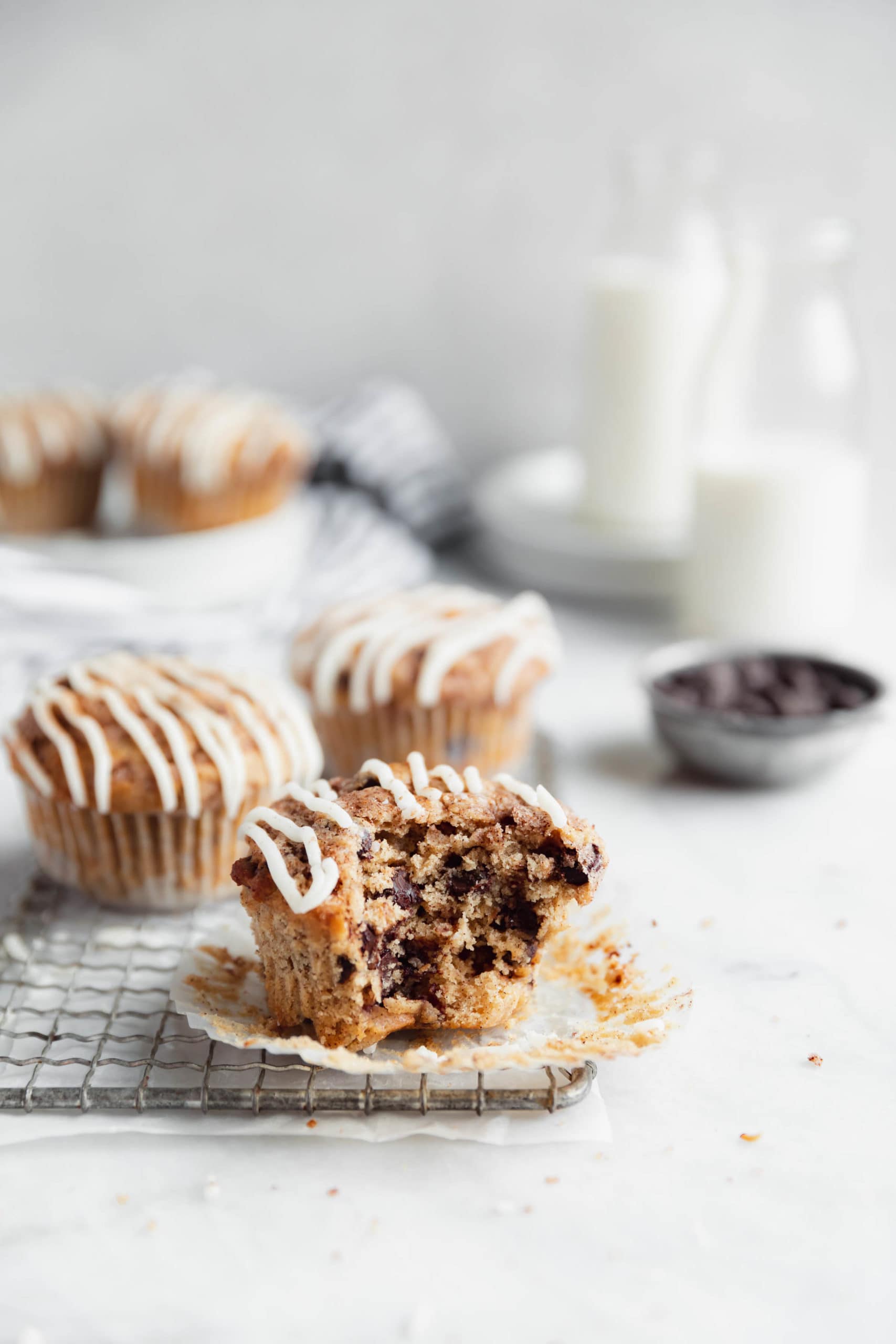 How to Make the Cinnamon Swirl:

The buttery cinnamon swirl is really what pushes these muffins over the edge. To get the best swirl, place the butter + cinnamon sugar mixture in a piping bag and poke the bag into each muffin multiple times to “inject” the cinnamon-y goodness throughout the muffins! 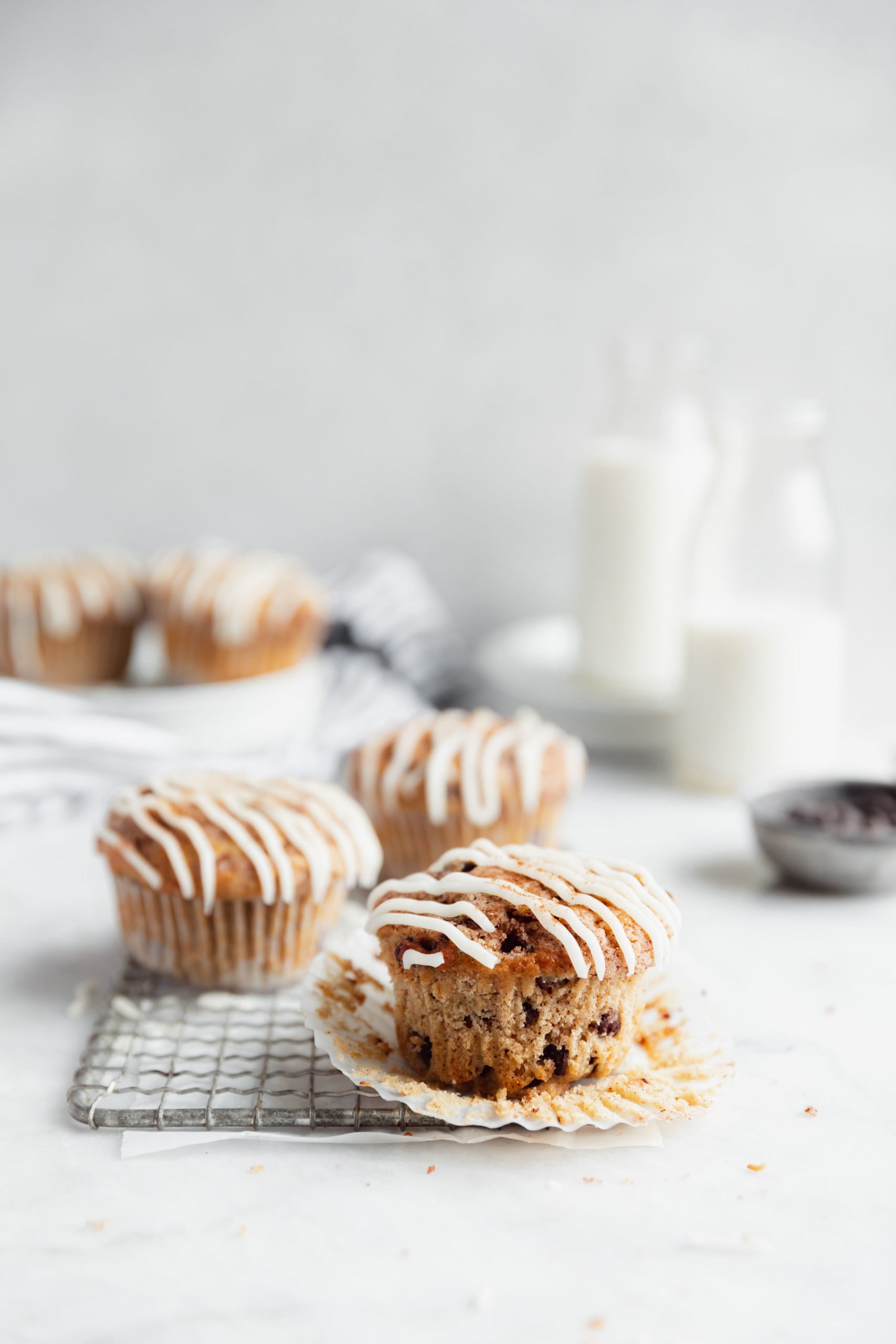 Now I know, there’s a lot of  “new year, new me” and “resolutions” talk surrounding the New Year, and I’m all about committing to better ourselves. But, there’s absolutely no reason that cinnamon chocolate chip muffins aren’t included in that better version of you. 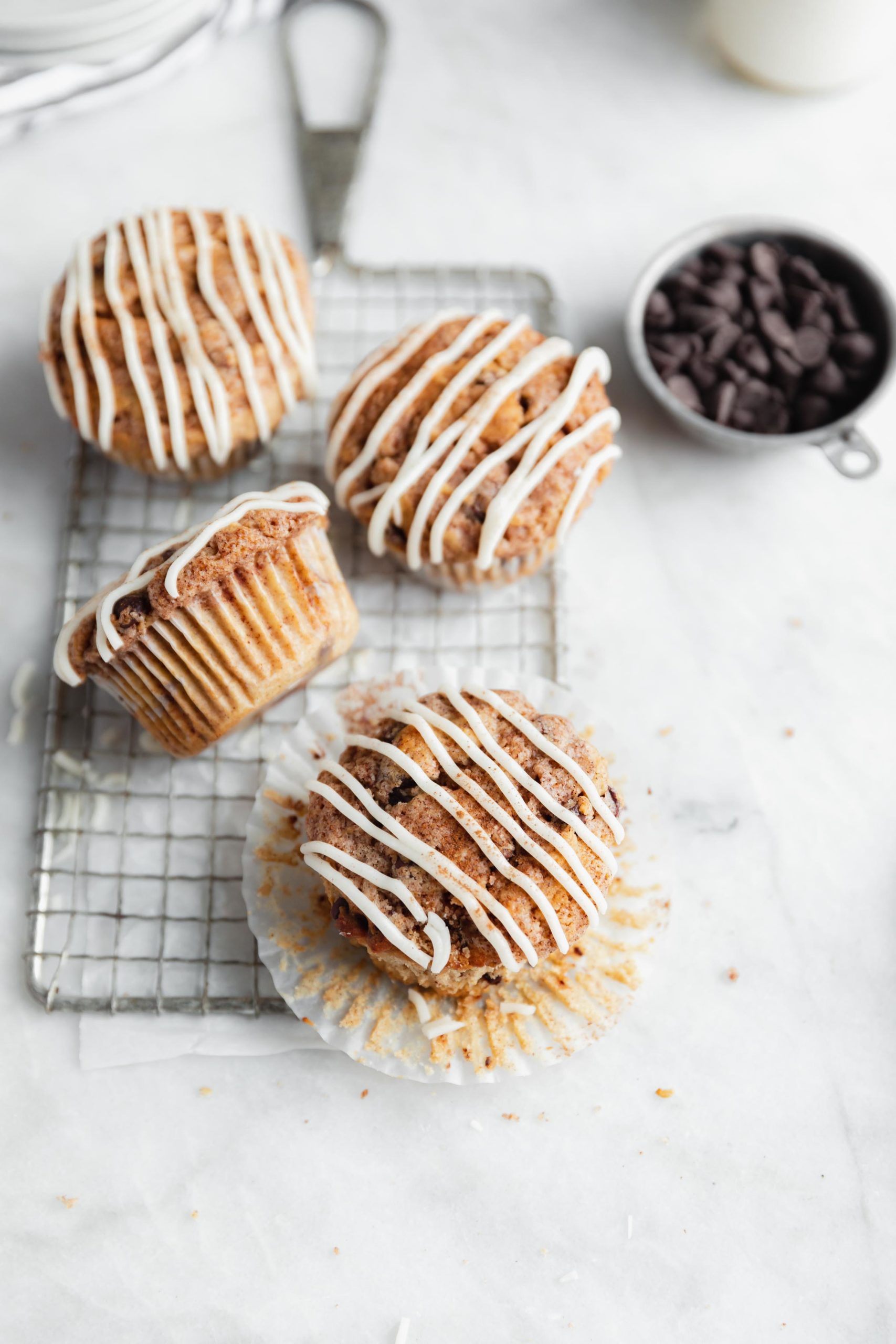 So here’s to many more delicious baked goods this new decade, including these cinnamon swirl muffins!

for the cinnamon sugar swirl