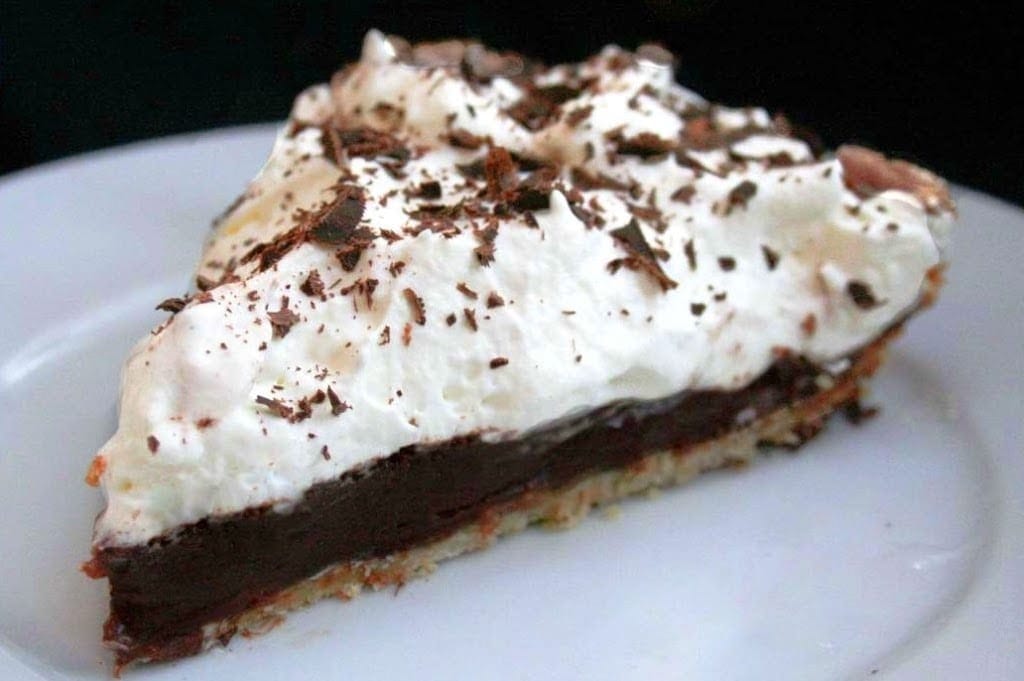 Hello, all! While Boston has been experiencing some pritty whacky weather this season, I’ve had the good fortune of going 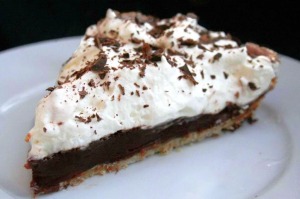 Hello, all! While Boston has been experiencing some pritty whacky weather this season, I’ve had the good fortune of going to California for a couple days. It’s been a blast and a half soaking up the sun, being with friends, and doing lots of outdoorsy stuff. Meanwhile, I made this pie back in BeanTown right before I left so I could share it with you all. I am obsessed with this pie for two main reasons: 1) it’s chocolate; 2) it’s chocolate. Like, actually who doesn’t want a chocolate pie. Come, now. It’s soooo chocolate-y and decadent, but like other pies out there it’s not so insanely rich that you keel over after one slice (i.e. cut a biiig piece and enjoy it). The whipped cream on top is a nice balance to the dark chocolaty center, and the crust provides nice textural contrast. This is definitely one of my most prized reciPIES, so if you’re even thinking twice about making it, you should get off your computer right now and go do it.

one store-bought pie crust (Pillsbury, anyone?)

For the whipped cream:

Reduce oven temperature to 325º F. In a heatproof bowl set over (not in) a saucepan of simmering water, melt the chocolate, coffee powder, and butter.

Using an electric mixer, beat the eggs, salt, and ½ cup of the sugar until fluffy, 4 to 5 minutes. Fold a third of the egg mixture into the chocolate mixture, then fold in the remainder.
Pour the combined mixture into the crust and bake until puffed and beginning to crack, 20 to 25 minutes. Cool for 1 hour, then chill.
Beat the cream, extract, and sugar until soft peaks form. Spread over the pie and sprinkle with the shaved chocolate.
Recipe adapted from Real Simple.