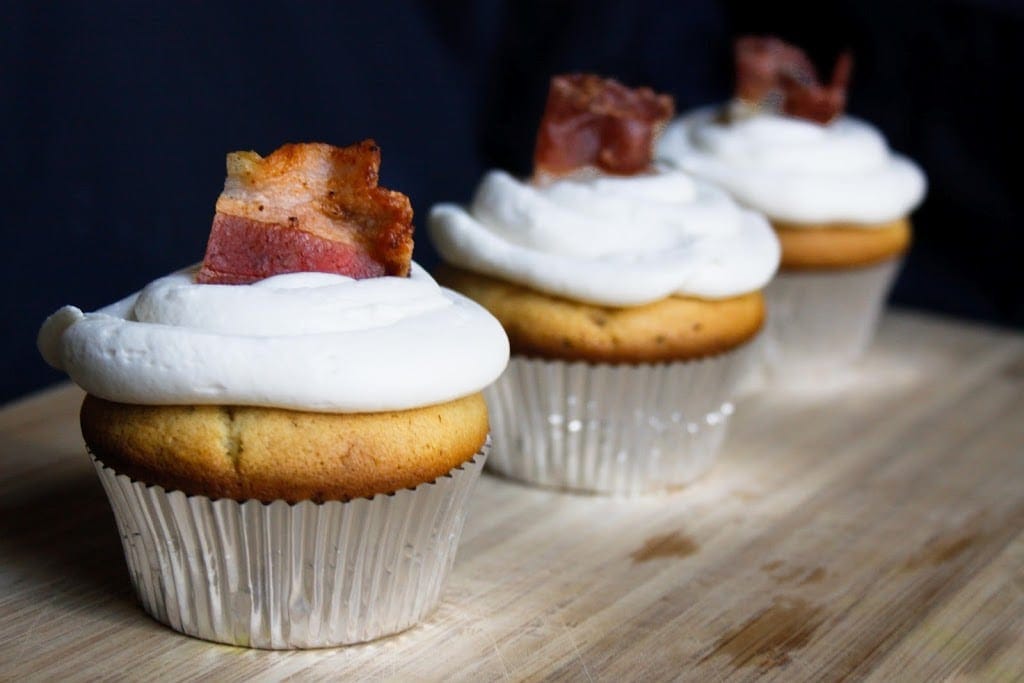 I used to be a vegetarian. Then every time I saw chicken, my mouth watered. So I started eating organic, 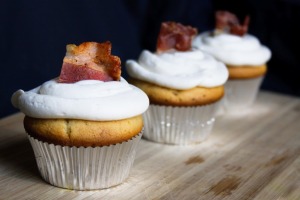 I used to be a vegetarian. Then every time I saw chicken, my mouth watered. So I started eating organic, grass-fed chicken. So I ate it. Then in a drunken late-night food run, my friends and I went to Burger King. There in the glow of the backlit drive-thru menu, the chicken nuggets called out my name. It was all downhill from there. I eat chicken all the time now. I can’t help it, it’s just so tasty and nutritious.

Then how did I start eating bacon again? I have to say, it was a moral challenge to abandon my previous eating habits, as I’ve always been very conscious of the origins of my food, especially meat. Coupled with the fact that I want to have a pet pig when I grow up, the transition to bacon was pretty hard for me. 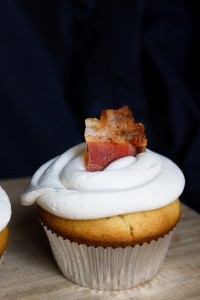 OK, so it wasn’t that hard. I was at my friend’s house and her mother brought out a plate of bacon with our breakfast. As it sat there on the table, I thought to myself, “So you’ve done chicken and turkey… you may as well go all the way. Eat the bacon.”

And with that, I picked up a piece and ate it. And it was fucking phenomenal. Nearly five minutes later, I was concocting bacon recipes in my head. I had seen a few recipes out there for maple bacon cupcakes, but none that seemed to use enough bacon fat. A tablespoon? Come on. How are you supposed to taste that?

So today I achieved culinary excellence. I put that delicious bacon into a cupcake and not only did it come out well, but I want to say it’s the best recipe I’ve ever made up.

These maple bacon cupcakes are topped with maple buttercream and use the drippings from the bacon to really amp up the smoky-sweet flavor.

Make sure you’re using REAL maple syrup and none of that Aunt Jemima crap. 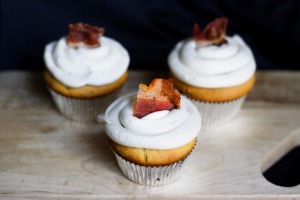