A cold beet & cucumber borscht that is light yet hearty–perfect for an early fall evening or lunch! Everyone knows that

A cold beet & cucumber borscht that is light yet hearty–perfect for an early fall evening or lunch! 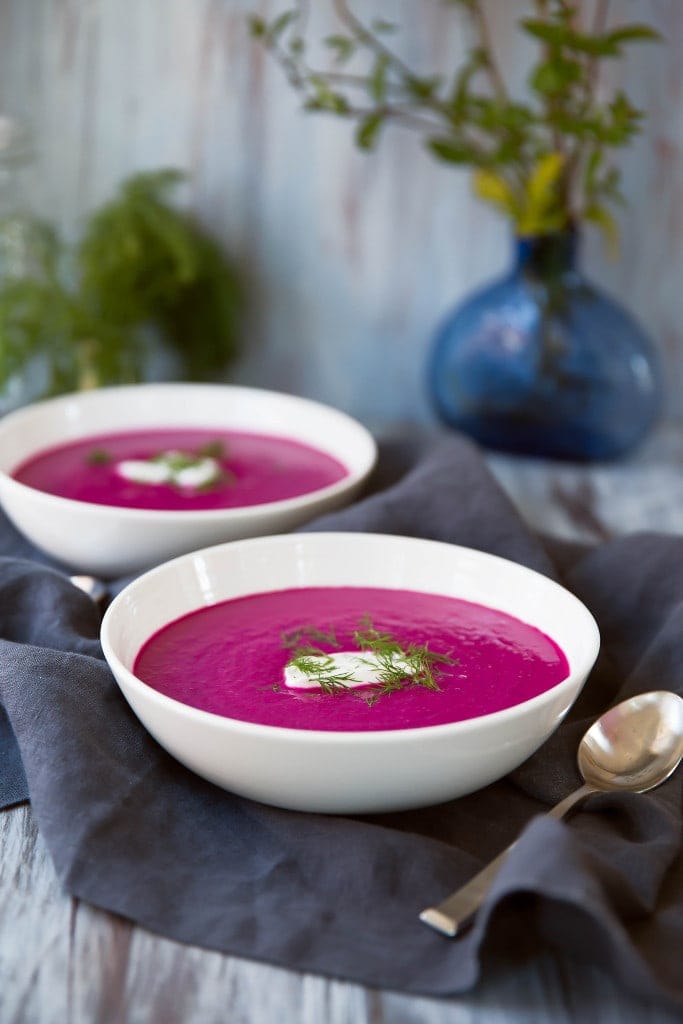 Everyone knows that in September, our tastebuds scream “pumpkin!” while our bodies shout “it’s still hot out!” It’s a transitional period where it’s too hot to turn off the AC at night, but still people begin to plan their apple picking trips. It’s the most wonderful time of the year, and I’m so excited about it.

So to combat this still-warm weather, I felt a cold dinner was in order. A kind of dinner that requires minimal effort but produces tons of flavor. 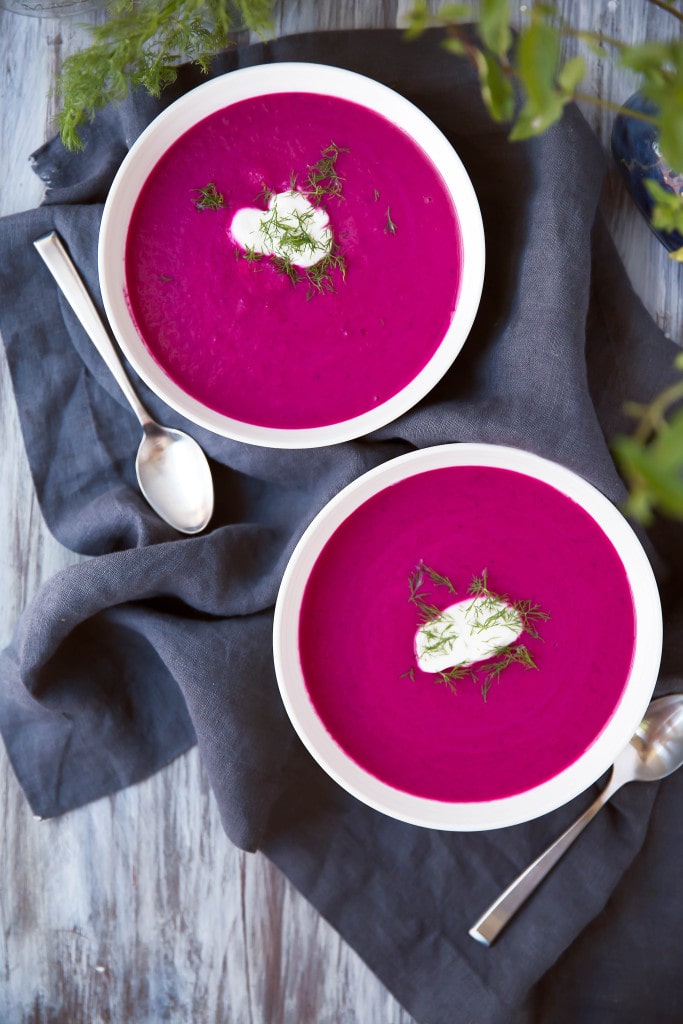 Borscht is one of those dishes that many have heard of, but few have tried. The name is stark and curious, and the idea of a beet soup is, well, interesting.

But there’s a reason the Ukrainians love it so much. It’s because it’s freaking delicious.

This soup, I’m proud to say, comes from the amazing mind of my sister, Rebe (She’s asked me to give the pronunciation because “ppl probs don’t know.” It’s Ree-Bee). She is one of those people that can look at a fridge full of nothing and an hour later have a restaurant-quality dinner on the table. It’s like someone put a flavor thesaurus inside her brain- she always knows what to pair with what, and makes meals that are both healthy and hearty at the same time. 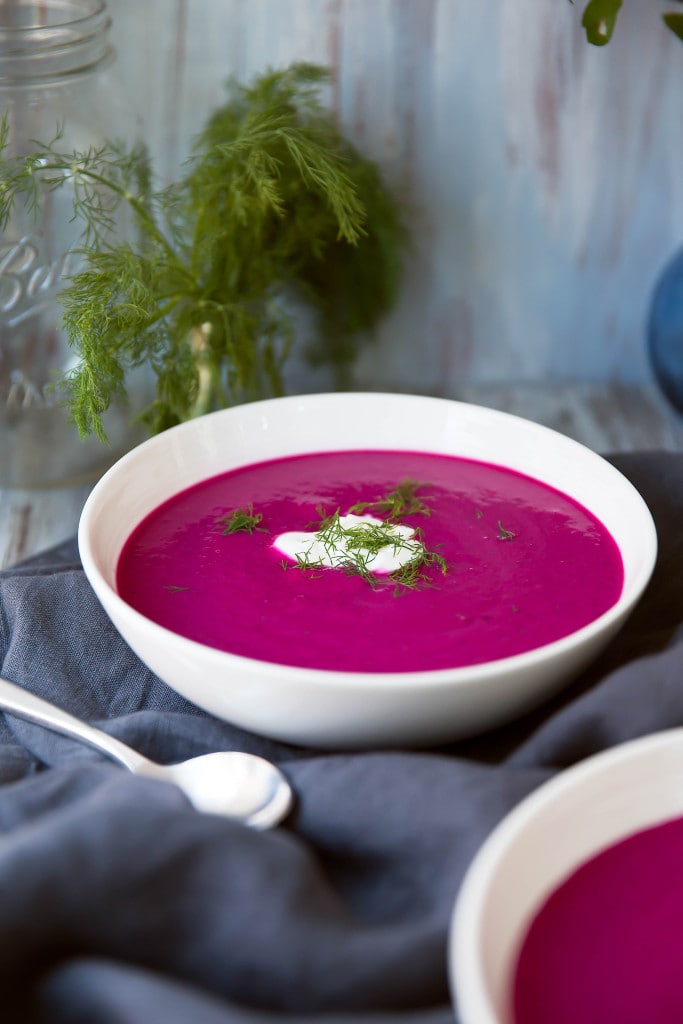 She first made this borscht three summers ago, and we ate it three nights in a row on our deck. It was nutritious, refreshing, and filling bite after bite. I thought about it for weeks after she made it.

So what makes this borscht recipe different from others? Well to start, she uses rye bread as a main ingredient. It gives the soup a thicker texture and a beautiful nutty flavor.

The cucumber imparts a quintessential summariness. It tastes like you’re eating something straight from the garden.

And unlike other borscht recipes, which have diced beets in a thinner broth, she blends everything together into a thick and beautiful magenta soup. 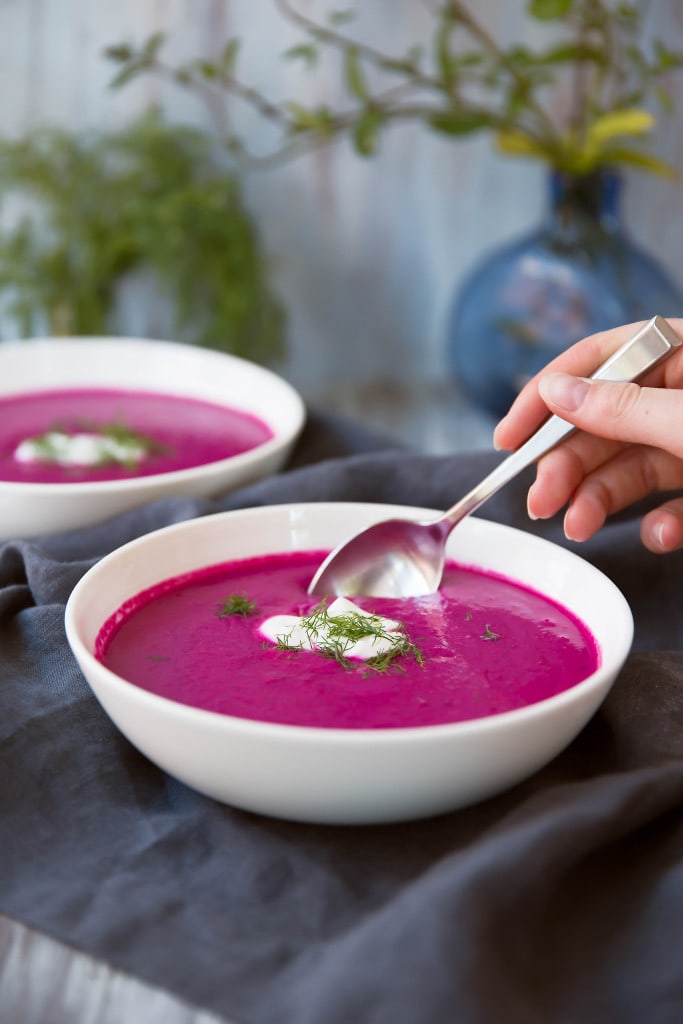 With beet season coming up, you can bet that this soup will taste it’s best well into the next few months. My advice? Pick them up from your local farmer’s market for the best in flavor & quality.

Stay up to date with all things Broma on: