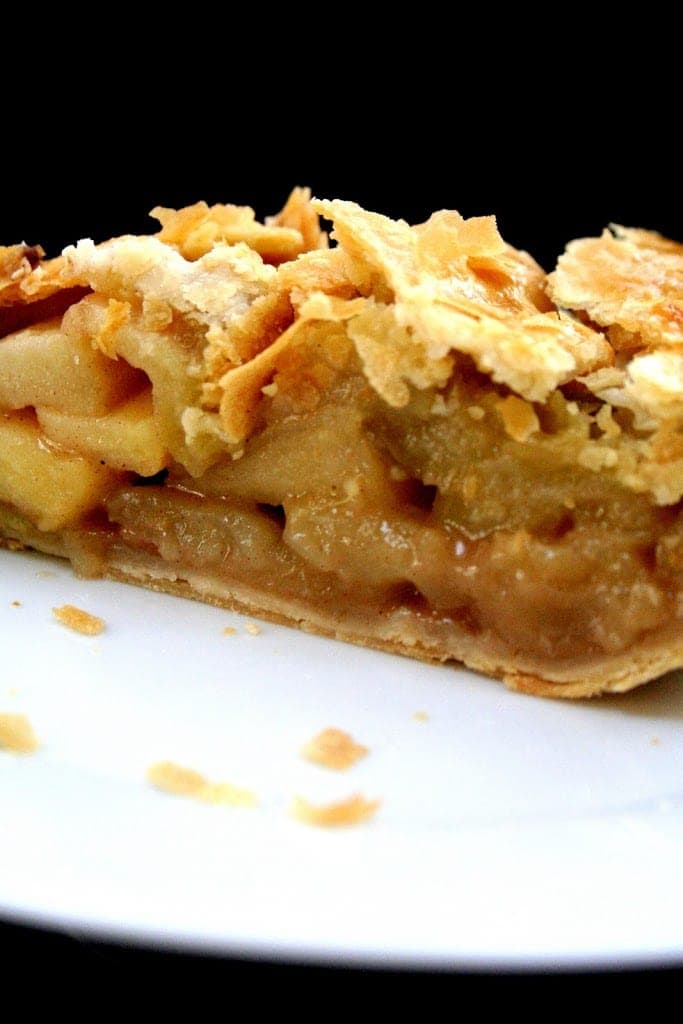 Apple pie is most definitely a conventional winter dessert. And good apple pie, now that’s kind of awesome. Even Rebe, who doesn’t 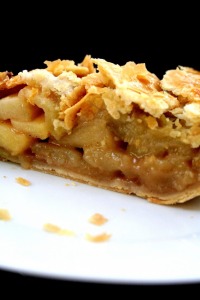 Apple pie is most definitely a conventional winter dessert. And good apple pie, now that’s kind of awesome. Even Rebe, who doesn’t like apple pie, told me, “this is great!” Now, the secret to this apple pie is the brown sugar and vinegar. As weird as it sounds, the vinegar becomes sweet when cooked and adds an extra layer of flavor to the pie. And brown sugar? Well, let’s just say if brown sugar and granulated sugar were my children, brown sugar would be the favorite child. It makes things so much gooier and moist! So go ahead and make this delectable apple pie and see what my fuss is all about.

While your crust is baking, peel and core 6 large apples. I used 4 crisp granny smiths and 2 sweet jonagolds. Cut each apple into roughly 16 slices. In order to prevent browning, mix half of the juice from your lemon with water in a large bowl. Place your cut apple slices into this mixture to keep them fresh and from turning gross colors.
In a large bowl, combine the sugars, cinnamon, allspice, and salt. Mix until combined. Then add the rest of the lemon juice and the vinegar. Finally, rinse the apples from the water mixture and pour them into the large bowl. Using your hands, toss the apples in the sugar mixture until the apples are well coated.

Turn the oven down to 375°F. Place the apples into the baked pie crust in a circular fashion, eventually creating a rounded mountain of apples. Set the second pie crust over the top of the pie and, again using your fingers, create a ruffled edge around the outside rim of the plate. Cut 4 slits in the top of the crust to allow air to vent out of the pie. Whisk the egg and brush it over the crust. Bake for roughly 55 minutes, until the crust is golden brown and the apples have fully baked. Allow to cool for ~2 hours before serving. Enjoy with a dollop of ice cream!