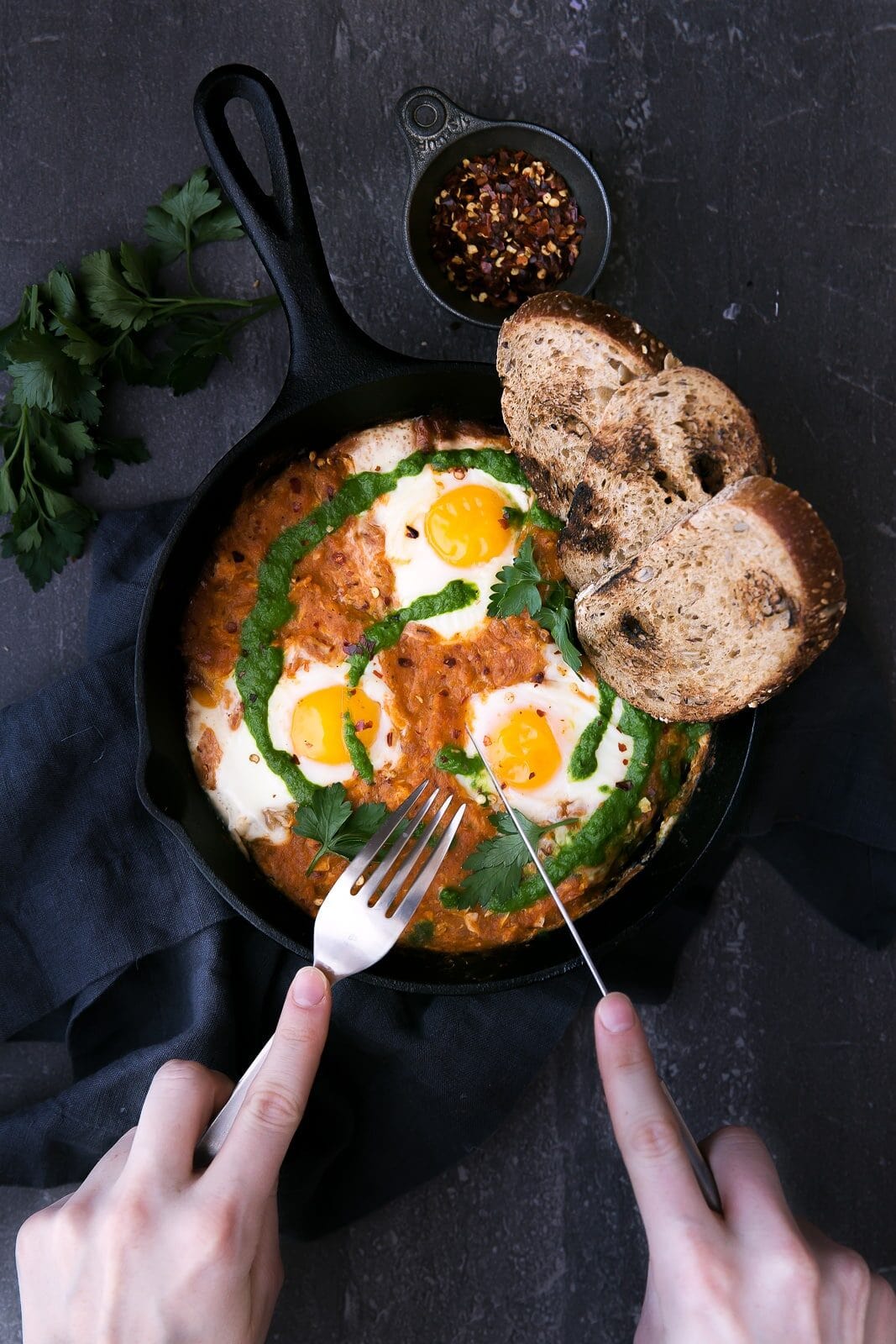 What is shakshuka? When I was 20, I worked at a Turkish-inspired restaurant right outside of Boston. It was there that I 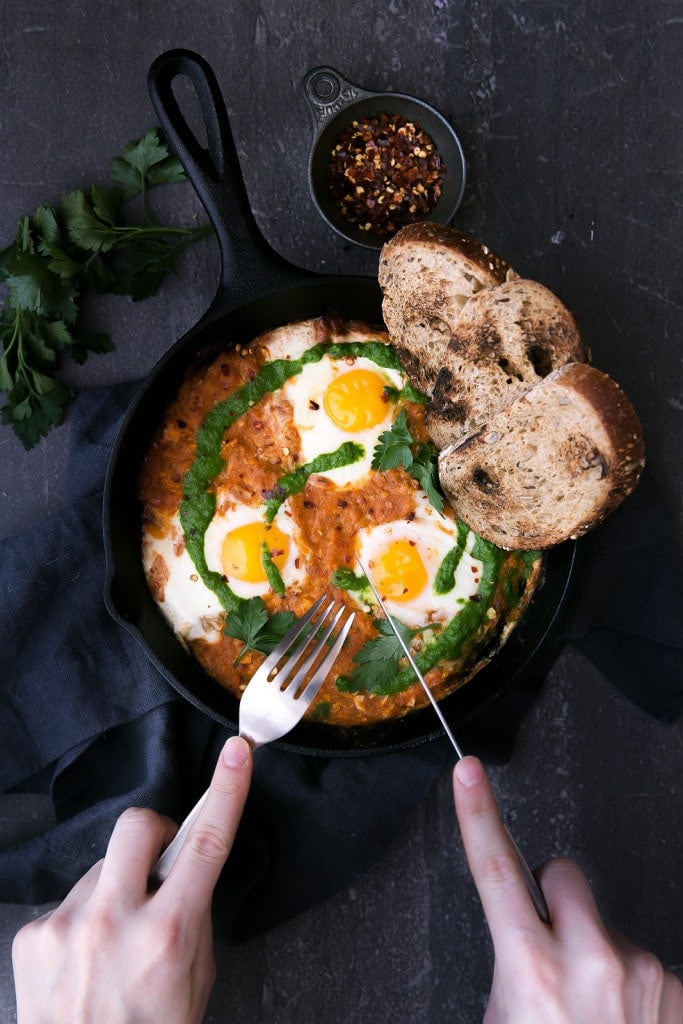 When I was 20, I worked at a Turkish-inspired restaurant right outside of Boston. It was there that I learned my love of spices. Specifically, Middle-Eastern spices. Paprika, cumin, sumac, and cardamom. Aleppo,  cinnamon, sesame, and baharat. Each different in its flavor and intensity, but each equally delicious.

Though I love more simplistic dishes, for me these spices bring a plate to the next level. They taste like they’re deeply rooted in the past — to a culture that existed thousands of years before now. One dish that I especially fell in love with was shakshuka, a Turkish breakfast of eggs poached in a spiced tomato sauce. The sauce is flavorful enough to eat on its own, spiced with cumin, paprika, and red pepper.

The restaurant I worked at served it with zhoug, a sort of Middle-Eastern pesto made with cilantro, parsley, and green chili. It was the perfect accompaniment to the warm flavors of the shakshuka. I decided to make my version of shakshuka with fresh Sunset Campari tomatoes. They add a wonderful freshness, as well as a gorgeous red color, to the dish. They’re really such a versatile tomato — you can really do anything with them! 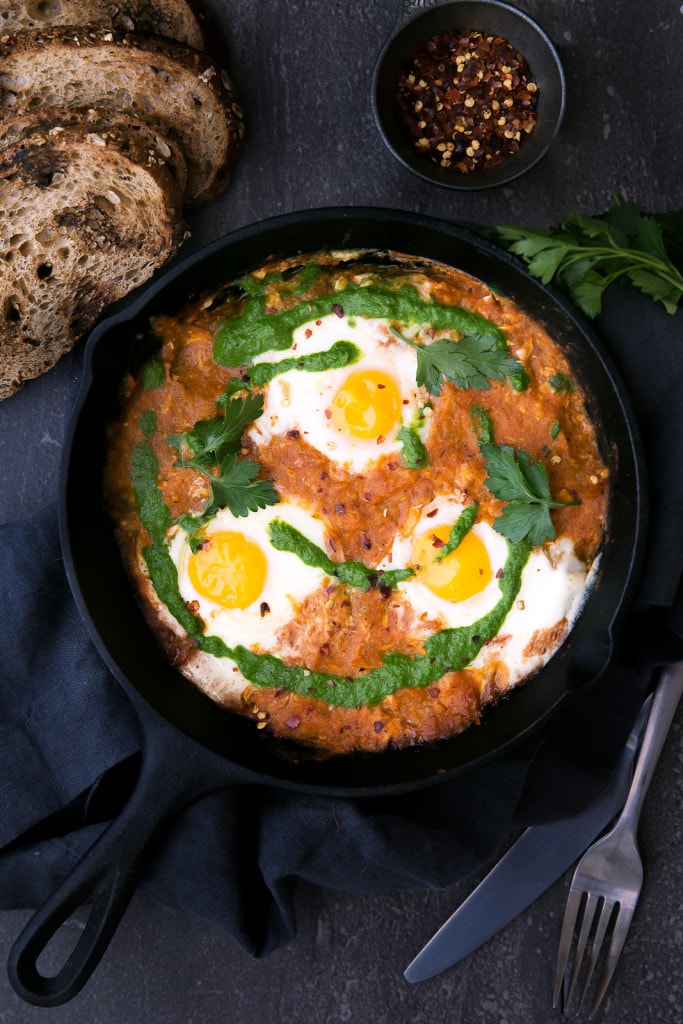 How to make shakshuka

Shakshuka is one of those dishes that looks super fancy, but it’s actually insanely easy to make. It takes a little under an hour to make, but that’s because you have to bake the eggs in the oven! To make shakshuka, you have to:

Peel the tomatoes — The trick to peeling canned whole tomatoes is to drop them into a pot of boiling water. The water will loosen the skins, and you’ll be able to remove them easily with a fork. Be careful not to burn yourself while doing this!

Make the spiced tomato sauce — To make the tomato sauce base, you have to sauté onion, garlic, Turkish seasoning, paprika, salt, red pepper flakes, and black pepper until golden brown. Then, squeeze the tomatoes with your hands and add them into the skillet (this feels oddly therapeutic to me). Cook the mixture for 10 minutes, and then transfer everything to a blender and blend until smooth.

Bake the eggs — Pour the pureed tomato sauce into a cast iron skillet, and then use a spoon to make three wells in the sauce. Crack an egg into each well, then bake until the egg whites are fully cooked (the yolks should still be fairly runny).

Top with homemade zhoug — Technically, the zhoug is optional, but it really transforms the shakshuka! To make the zhoug, toss everything into the blender you used before and puree until smooth. Once you pull your Eggs in Hell out of the oven, drizzle the zhoug on top and dig in! 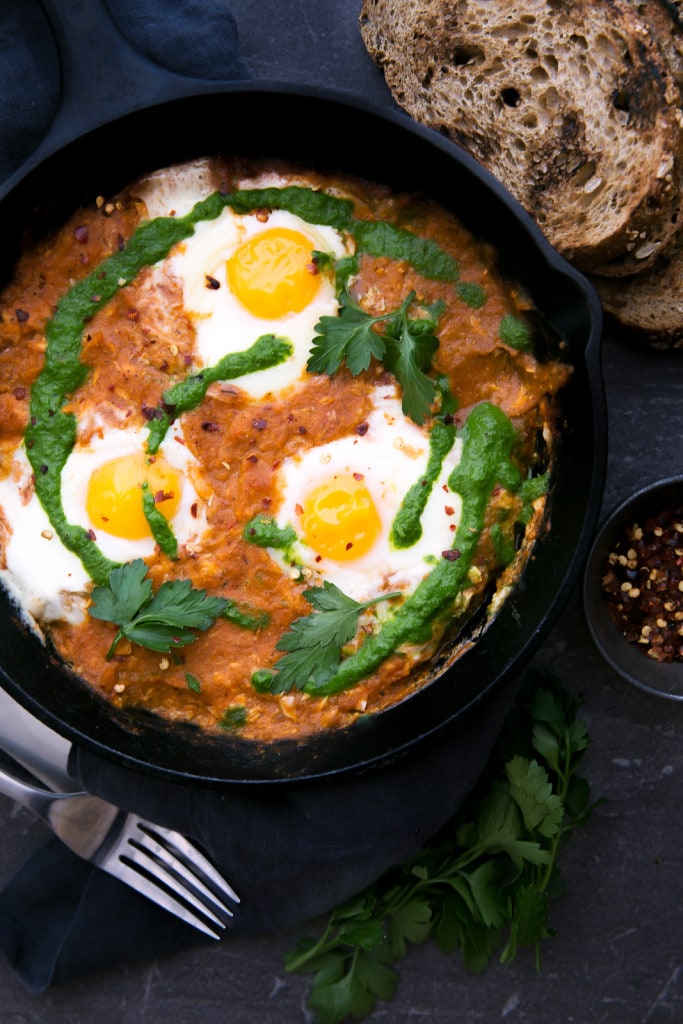 As for the alternative name “eggs in hell,” how fun is that? I like a little danger with my food 🙂

This post has been graciously sponsored by Sunset Grown. All opinions are 100% my own! 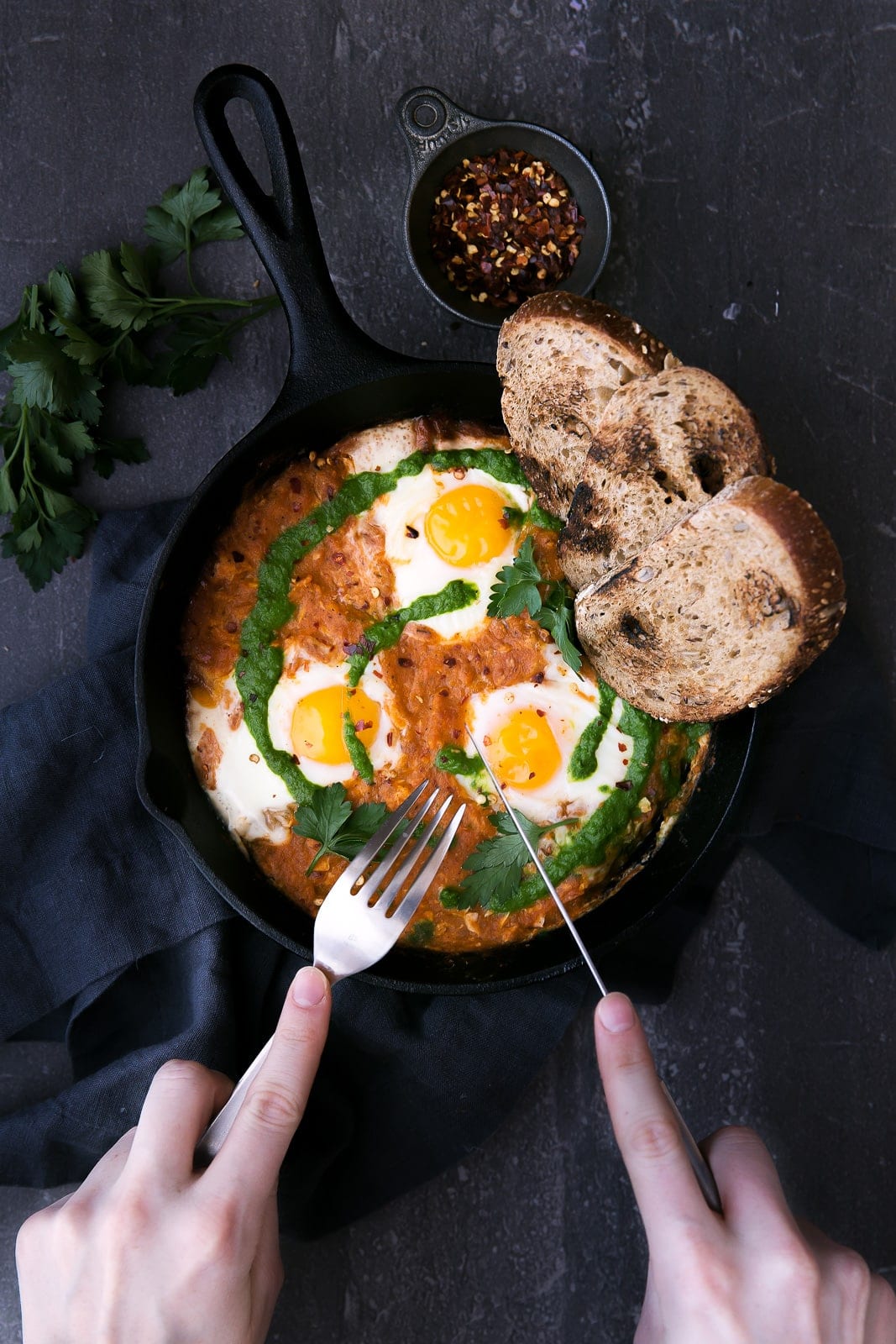