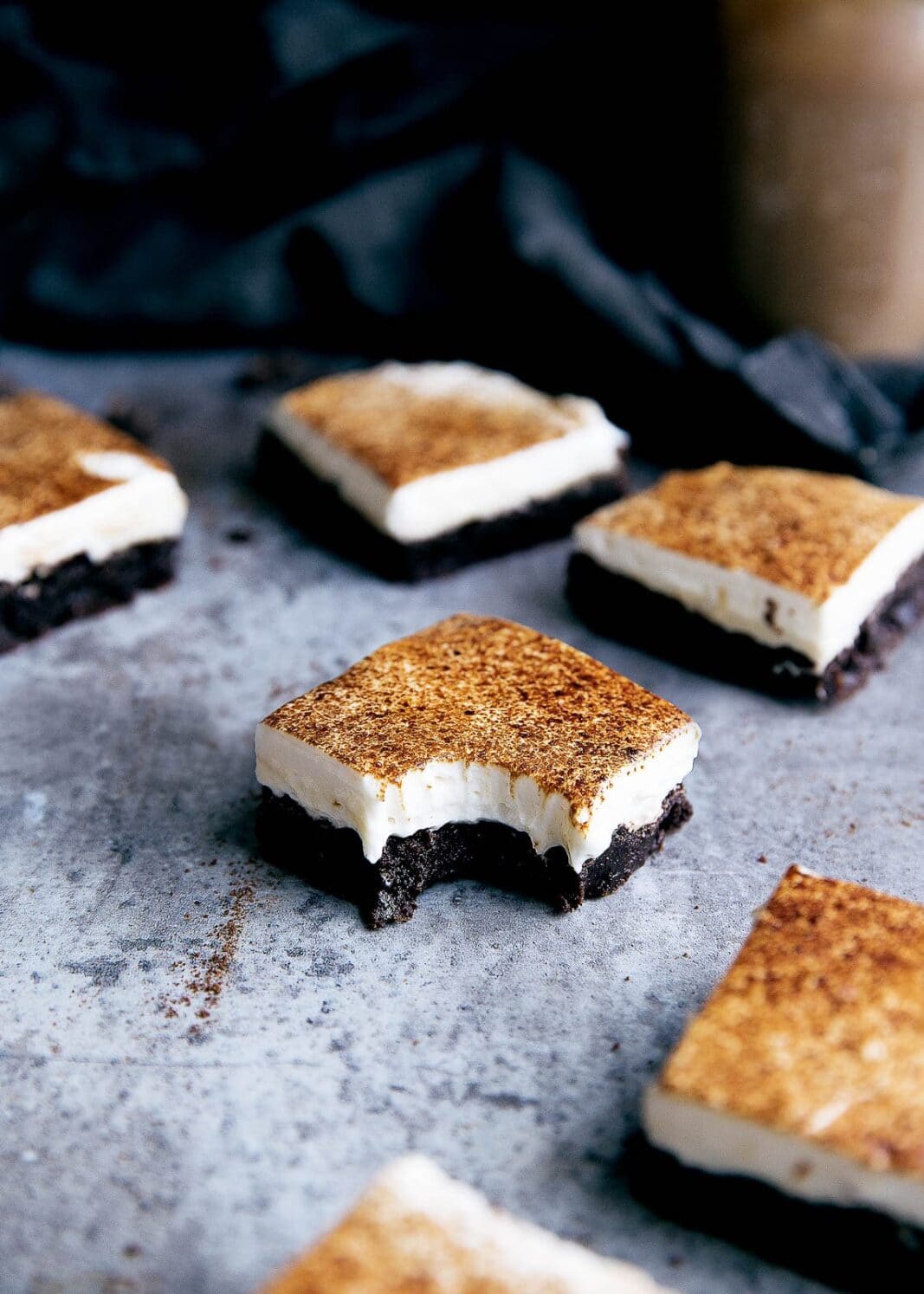 There’s honestly nothing better than a good brownie. And a great brownie? Well, that is almost too much to handle. This tiramisu

There’s honestly nothing better than a good brownie. And a great brownie? Well, that is almost too much to handle. This tiramisu brownie, friends, is a great brownie. So great that I said “wow” when I first bit into it. So did my assistant. We couldn’t get enough.

Rebe came home later that day, and she was blown away by how good they were, too. Two nights later we were sitting on the couch and I said “you know… we still have brownies left over.”

“Those brownies?” she asked? 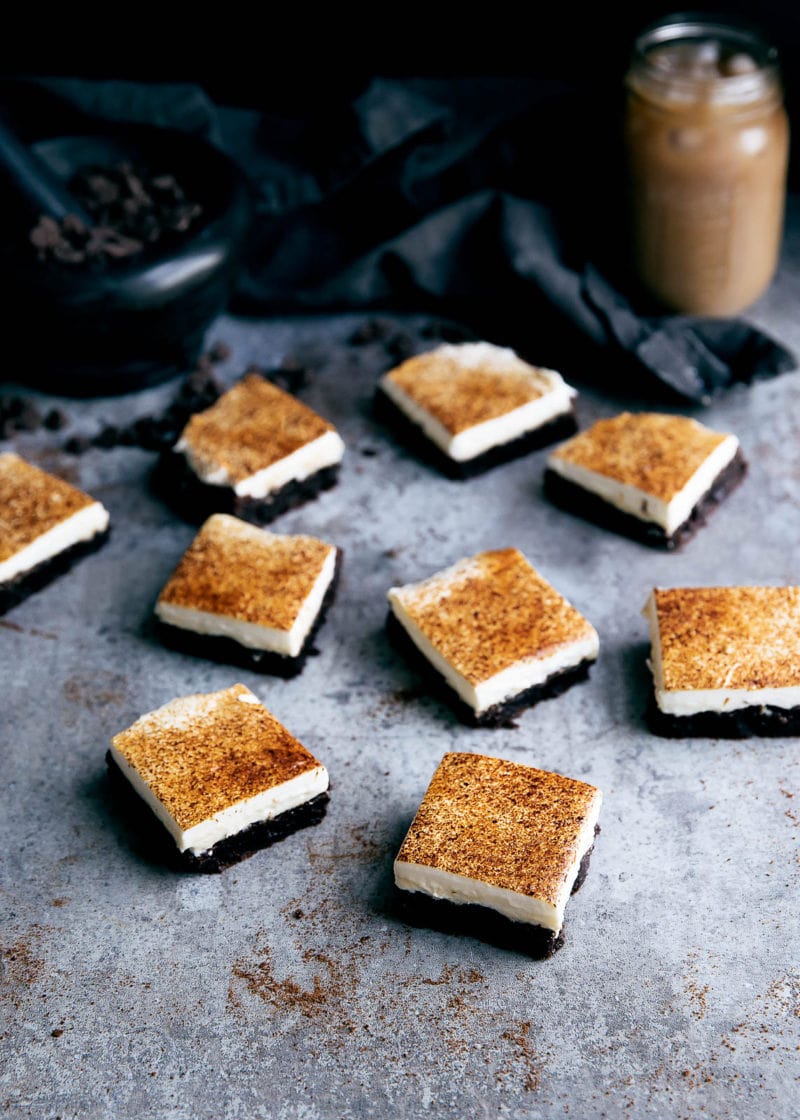 How I created these tiramisu brownies

Let’s break it down.

I came up with my new favorite brownie base. You see, when you’re making a brownie with frosting on top, you have to treat it differently than when making a naked brownie. With frosting-topped brownies, you need to make sure your brownies aren’t too thick, and that they provide a no-frills, yet perfectly delicious base for that delectable frosting.

These brownies fit that criteria. They’re so rich that they could be mistaken for fudge. Just how I like ’em. In the brownies I used a few dashes of DeLallo’s instant espresso powder. It was like using an extract, only easier. The flavor was the right amount of mocha without tasting bitter.

Of course, what’s a tiramisu without a dusting of espresso? I used my handy instant espresso powder for a gorgeous coffee finish. Because it’s unsweetened espresso powder, these brownies have a great bite to them. It offsets the sweetness of the brownies wonderfully.

Slightly under bake the brownies — Like I said before, you don’t want these brownies to be too fudgy otherwise they can’t stand up to the frosting. But you don’t want them too cakey either, because that’s just sad. To tell when it’s time to take these homemade brownies out of the oven, insert a knife into the center of the pan. If it comes out mostly clean, you’re good to take these babies out.

Store these in the fridge — Because these tiramisu brownies have a whipped cream frosting, you’ll want to keep them in the fridge. I’m afraid the frosting would melt otherwise! 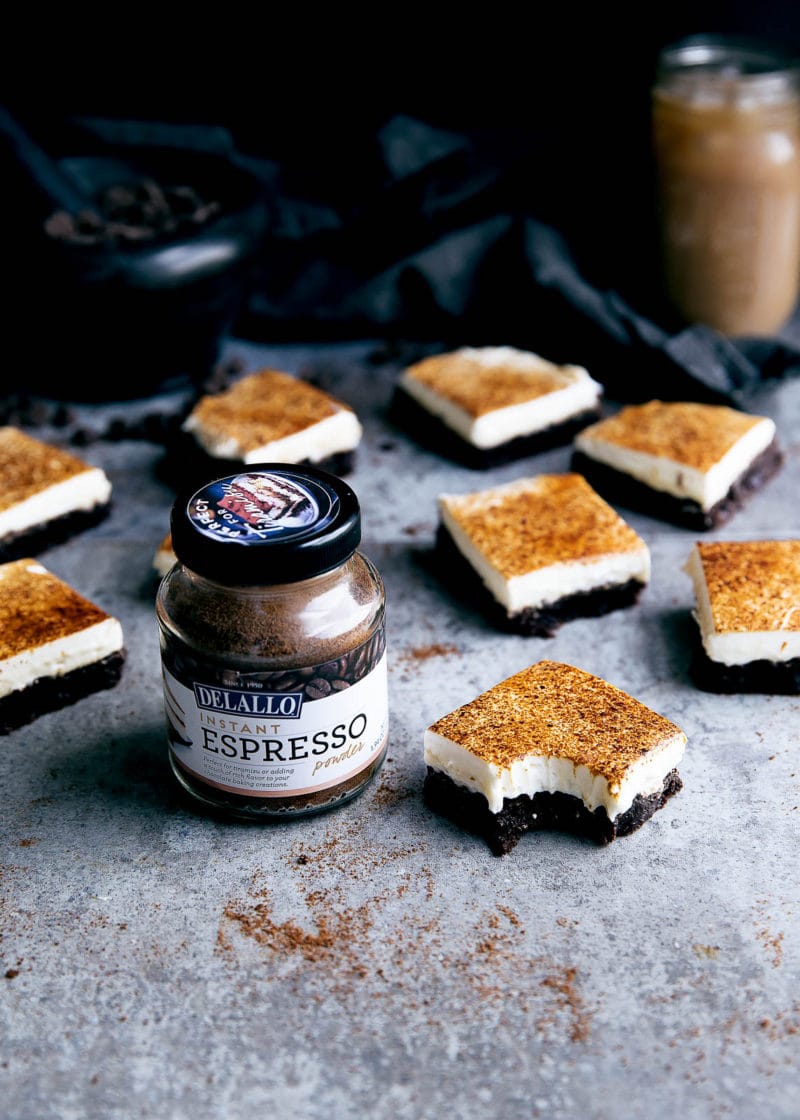 Oh brownies, I will love you forever. Honestly, I may have brownies at my wedding instead of a cake. Not that I’m planning that yet, but just thinking about it, and who wouldn’t be excited to have brownies at a wedding?!

Happy Friday, everyone. Hope you have a fantastic weekend.

For the whipped frosting

This post is sponsored by DeLallo. All opinions are 100% my own.