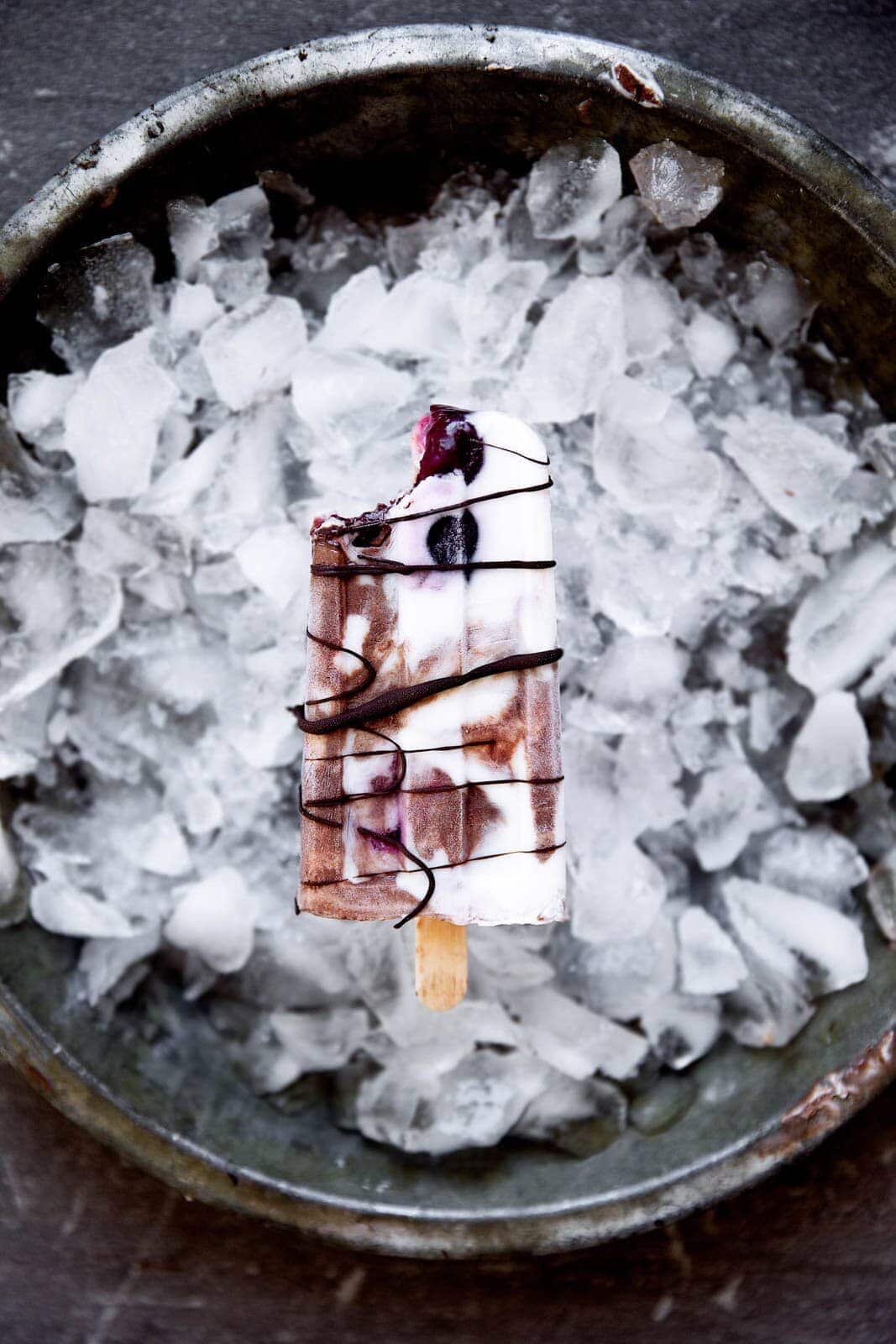 A mouth-watering combo of chocolate, fresh cherries, and vanilla will make these Black Forest Popsicles a smash hit at your next

A mouth-watering combo of chocolate, fresh cherries, and vanilla will make these Black Forest Popsicles a smash hit at your next get together! 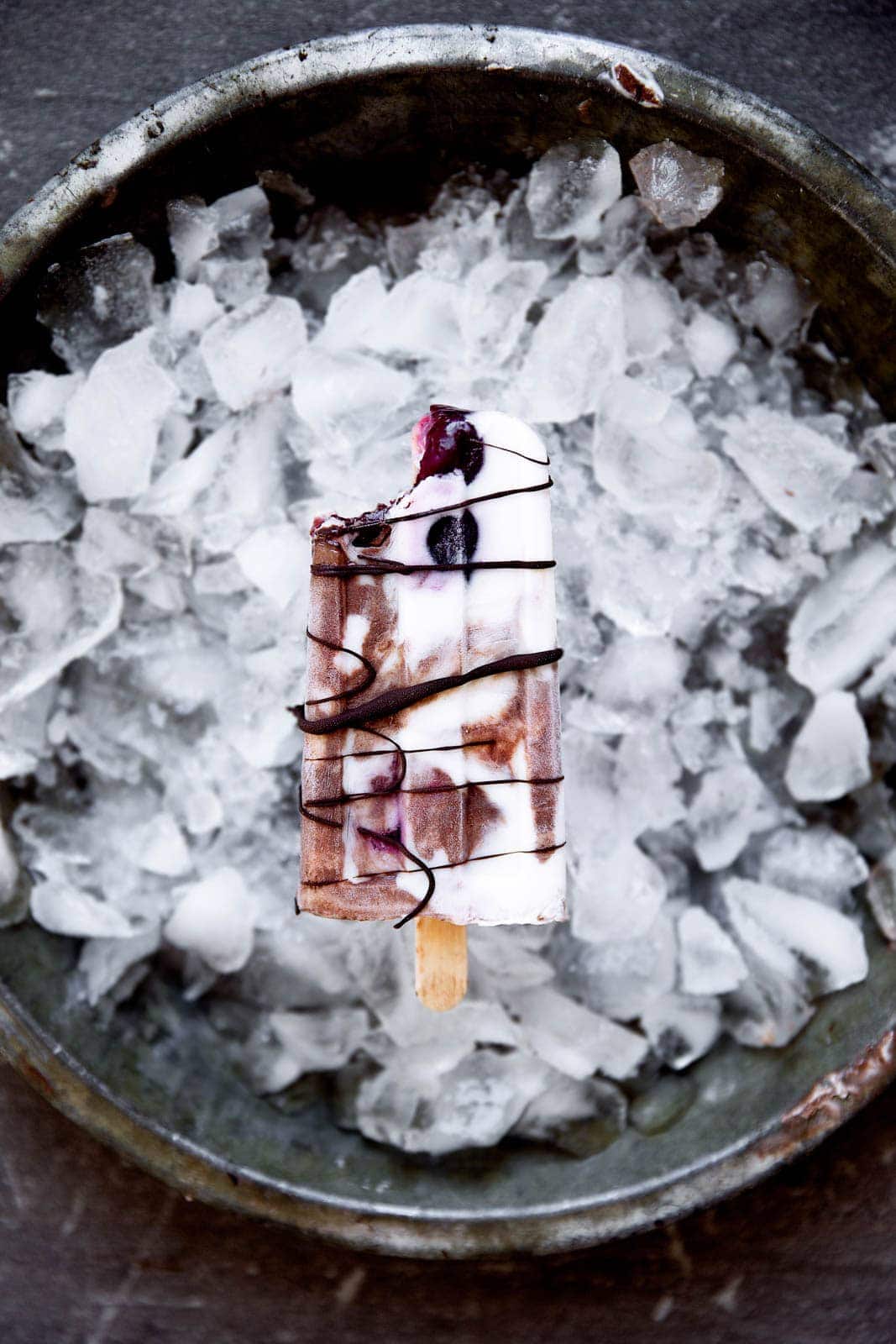 To me, cherries are a special occasion food. They require work in order to be eaten. Once you bite into it’s juicy flesh, your tongue must skillfully separate out the pit before devouring the rest.

Of course then the pit has to go somewhere, so a pit vessel is needed for those pesky centers.

Wow, this is sounding super eloquent. In reality, eating cherries are lip-stainingly messy and totally delicious. I ruvs them. 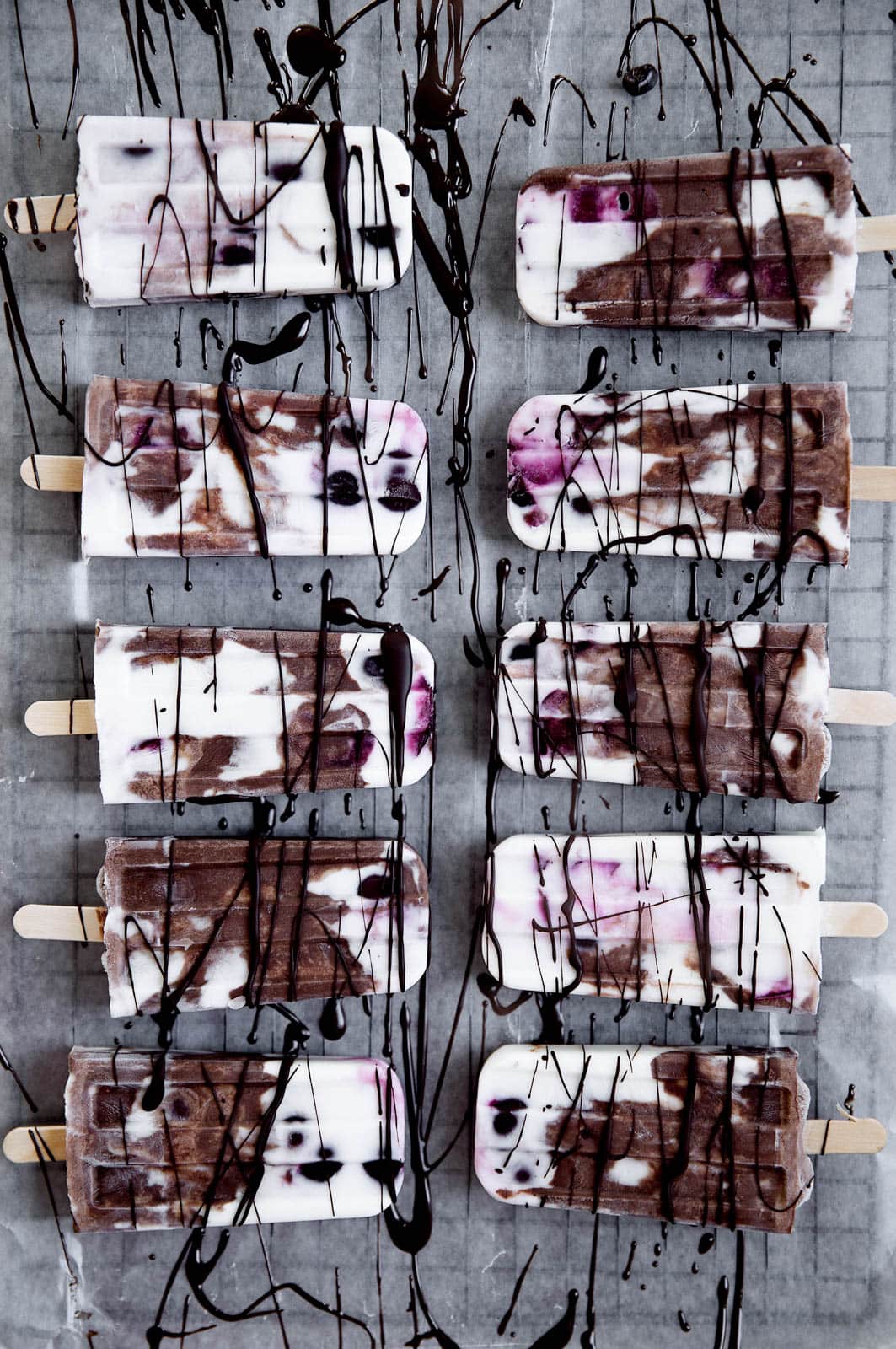 BTW, isn’t ‘black forest’ just the most beautiful name ever? It just rolls off the tongue in this way that “chocolate, cherry, & vanilla” just can’t.

Plus, they’re made with greek yogurt, which means healthy. Or, ehm, healthier. 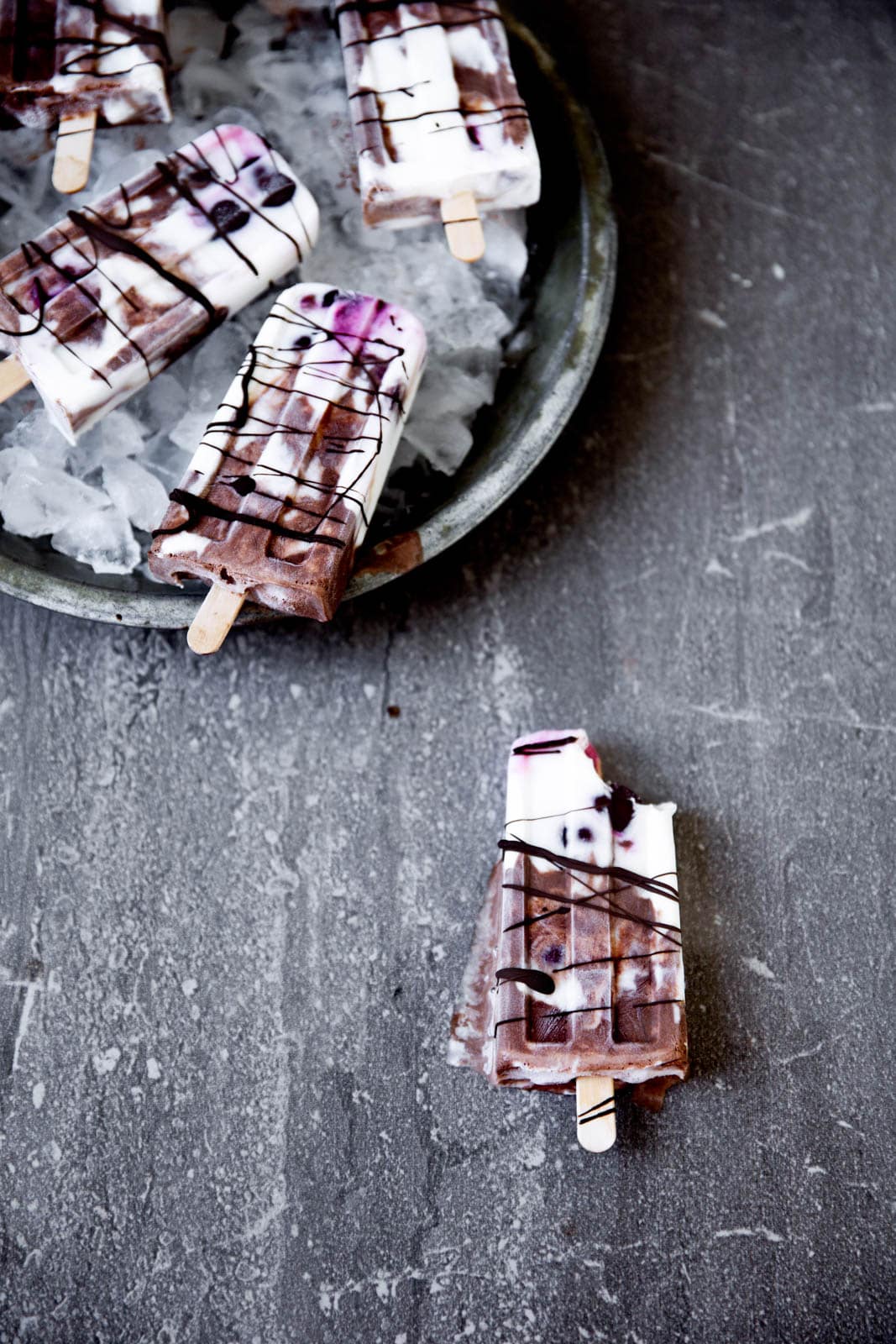 Happy Thursday, people. The week is almost over! Woohoo!

For the chocolate drizzle