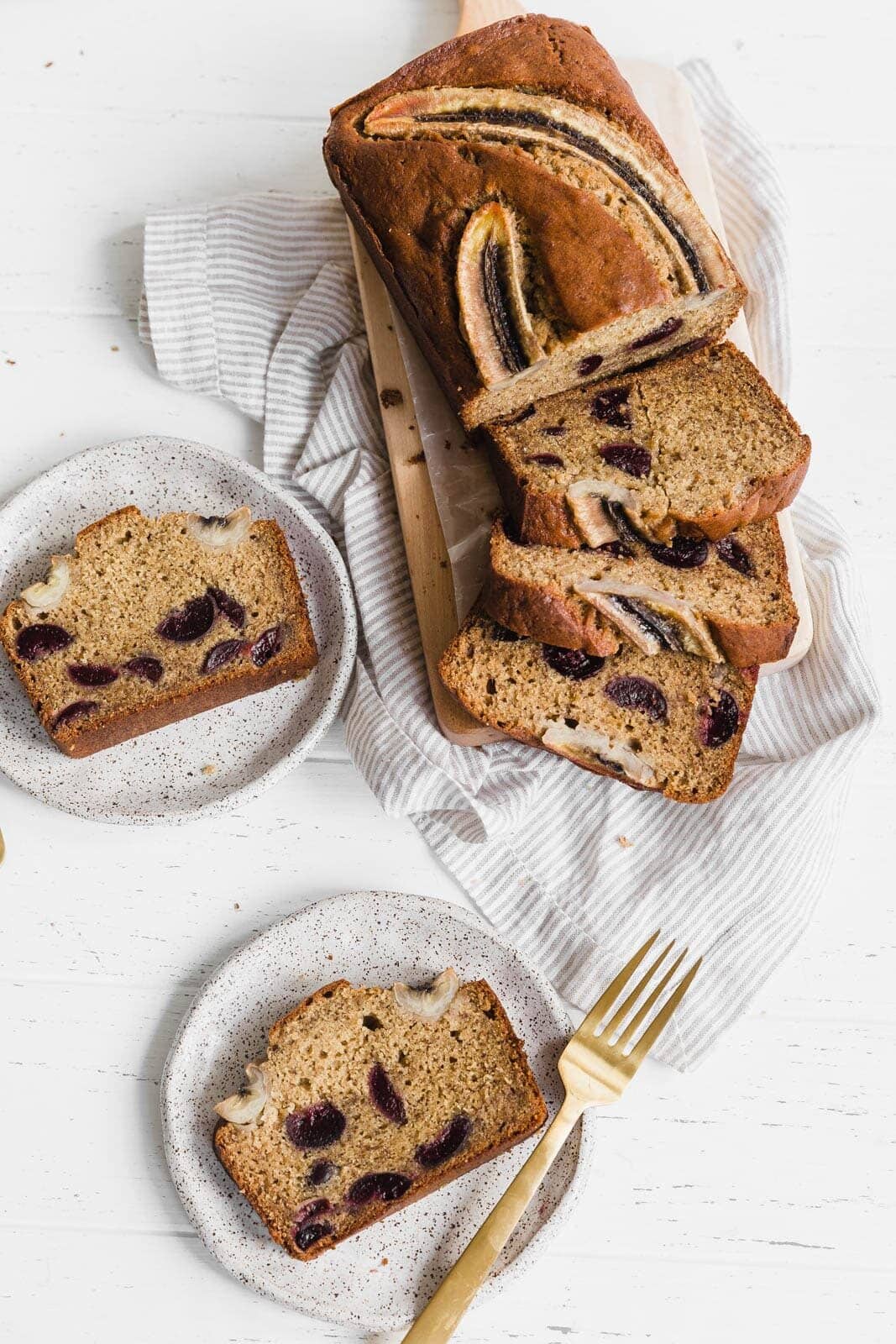 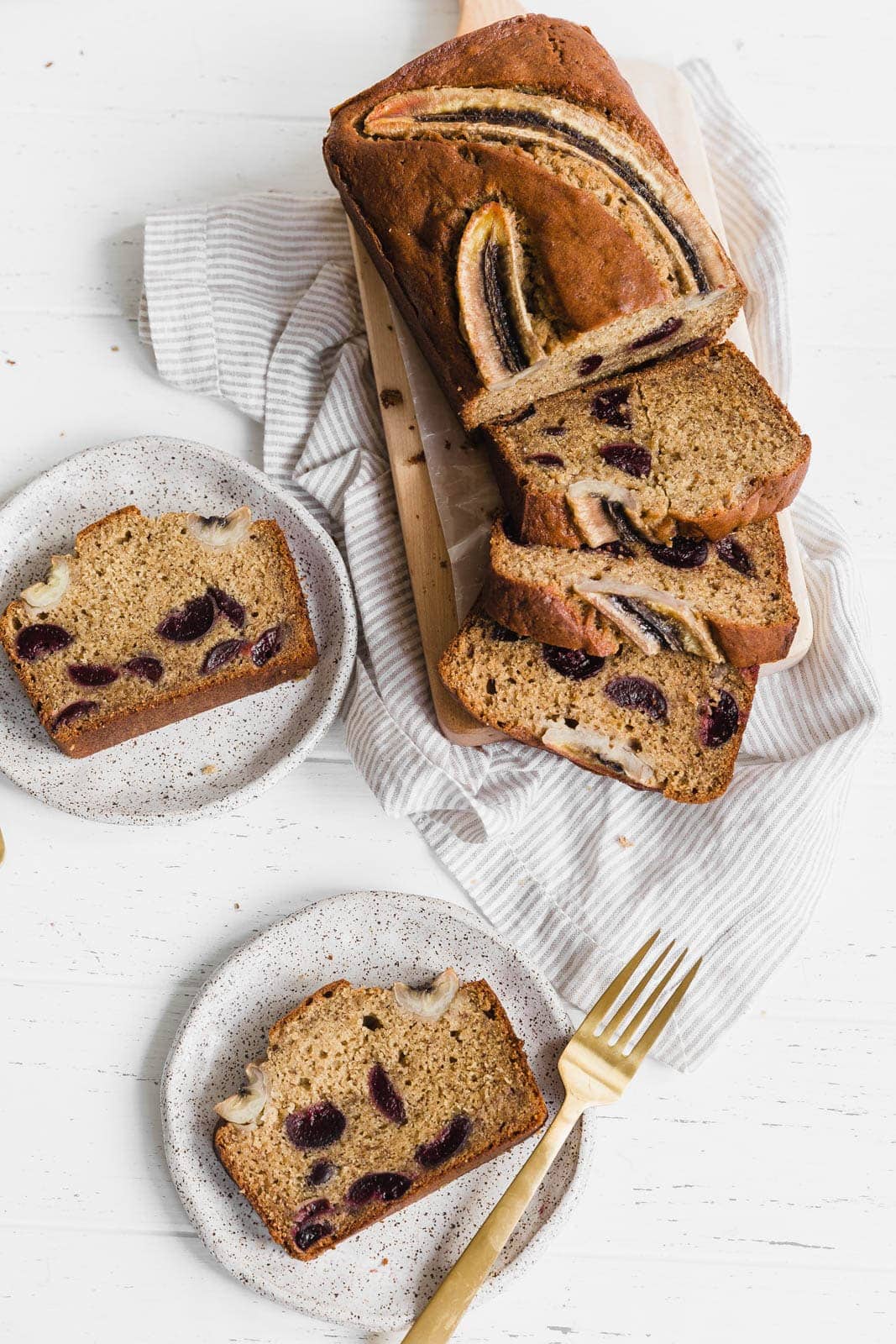 What’s happening in our country

It feels odd sharing recipes without acknowledging what is going on right now in our country. On Saturday, August 12th, a large group of Neo-Nazis descended on Charlottesville, Virginia, rallying against the removal of a statue of the Confederate general Robert E. Lee. People protested the rally, and in just a matter of hours, a speeding car driven by a white supremacist rammed into protesters, killing one and injuring 19.

In college, I majored in Anthropology, so I tend to look at things through an evolutionary lens. Throughout history, animals have segregated themselves into groups — family groups, clans, and communities. I was taught that this segregation is an evolutionary advantage. That defining “us” and “them” helps to sort out what is more likely safe from what is foreign and unknown.

But in so many ways as a human species, we have long since evolved from our animal instincts. Our dimorphism between the sexes suggests we should not be a monogamous species. And yet collectively, we are. To my knowledge, anthropologists have yet to find a biological reason for true altruism. And yet collectively, we give money to the homeless and say a friendly “hello” to strangers on the street; we perform altruistic acts to people we barely know. We are a species that relies heavily on a moral code separate from our animal instincts. 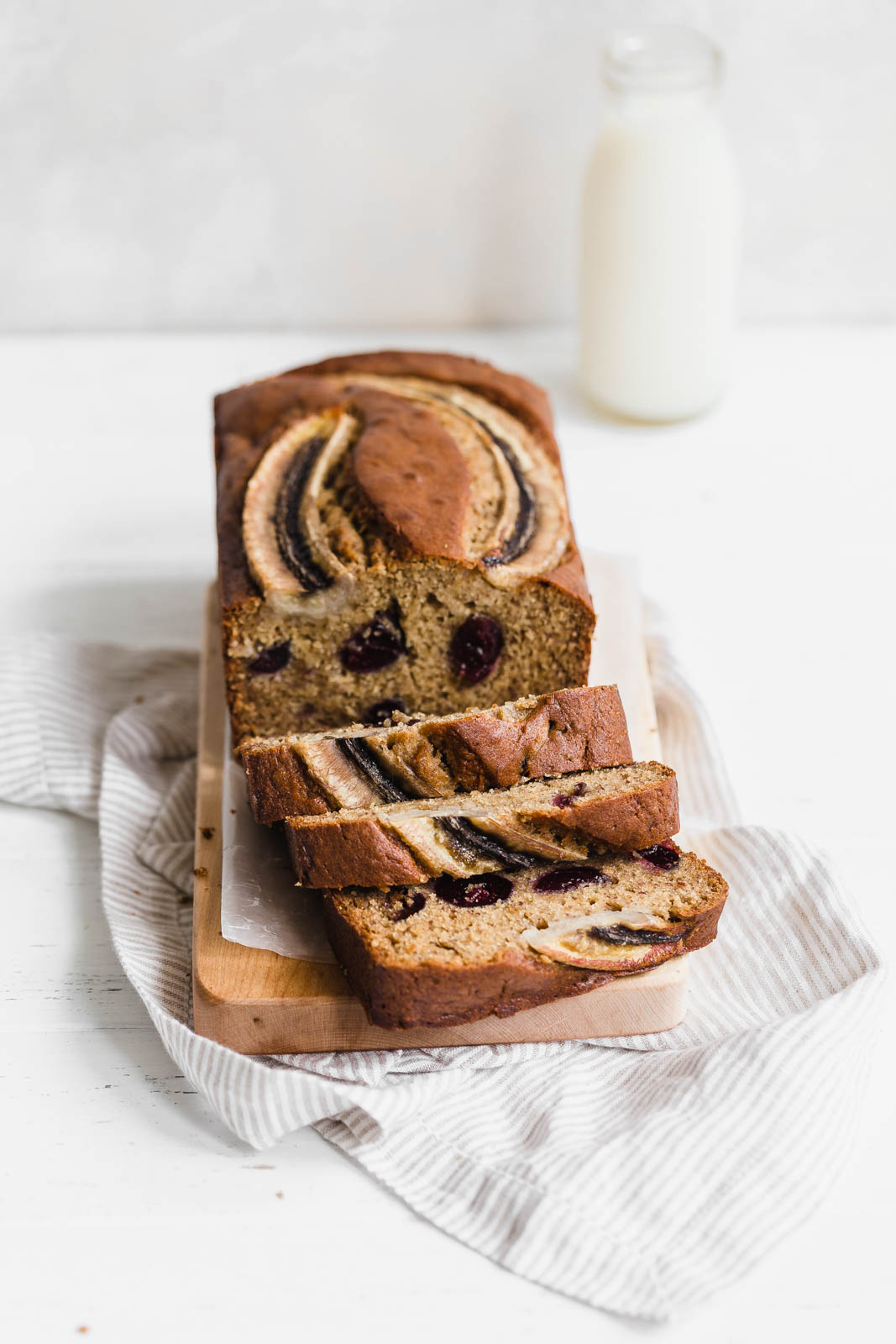 It’s hard for me to justify, then, why this complex species has not come to accept the “them.” These other humans, just with a different skin tone. The only reason I can come up with is that we have not yet reached the moral imperative that we are all people.

We are all people.

It’s disgraceful. We’ve figured out the theories of gravity, relativity, and quantum mechanics. We’ve sent humans to the moon and robots to Mars. We’ve developed vaccines that have eradicated some of the biggest causes of death in the history of mankind. We’ve constructed the Pyramids of Giza and have mapped the human genome. And yet we can’t all seem to accept that we are all people.

I can only hope that love can conquer hatred. That these people who are so scared of the “them” can realize that, regardless of what side of the aisle you’re on, the color of your skin, or where you were born, we are all people. All deserving of love. Of acceptance. And of respect. 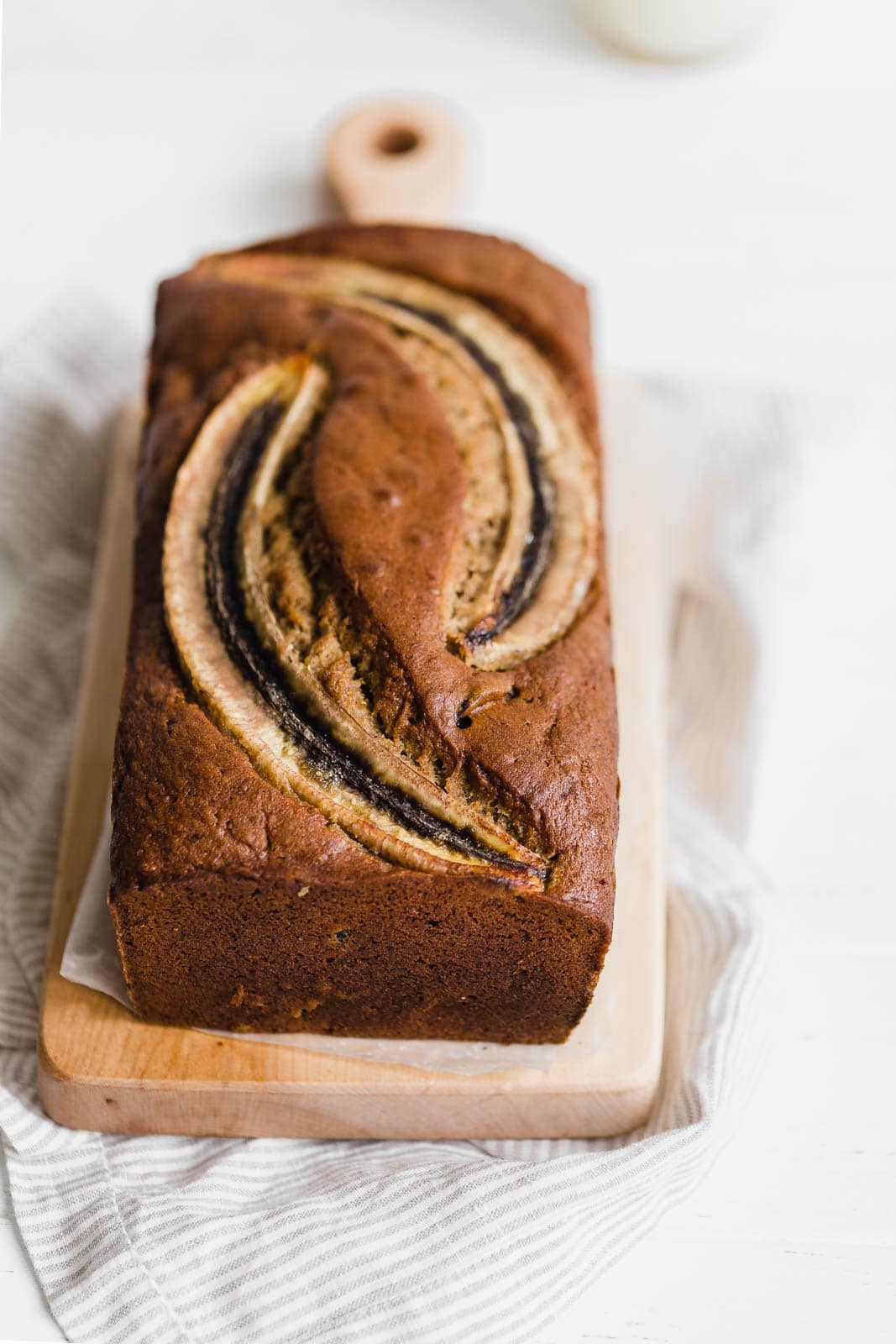 After all of that, it feels strange to be writing tips for making cherry banana bread, but I do want you all to enjoy this recipe (and maybe share a slice with someone?). Some things to remember when making this bourbon banana bread are:

Soak the cherries overnight, if not longer — The bourbon soaked cherries should be allowed to rest overnight to seal in all that boozy flavor. But if you’re able, let them soak for 24 to 48 hours for serious flavor. Trust me, you’ll be happy you thought ahead when making this recipe.

Use overripe bananas — When making homemade banana bread, the riper the bananas, the better the bread. If your bananas aren’t ripe enough yet, you can bake them for a few minutes to speed up the process (just make sure to poke a few holes in the peels first to let the steam out).

Use whole milk — I specify whole milk in this recipe for a reason. Whole milk will make this banana cherry bread super moist and gives it a fabulous texture. 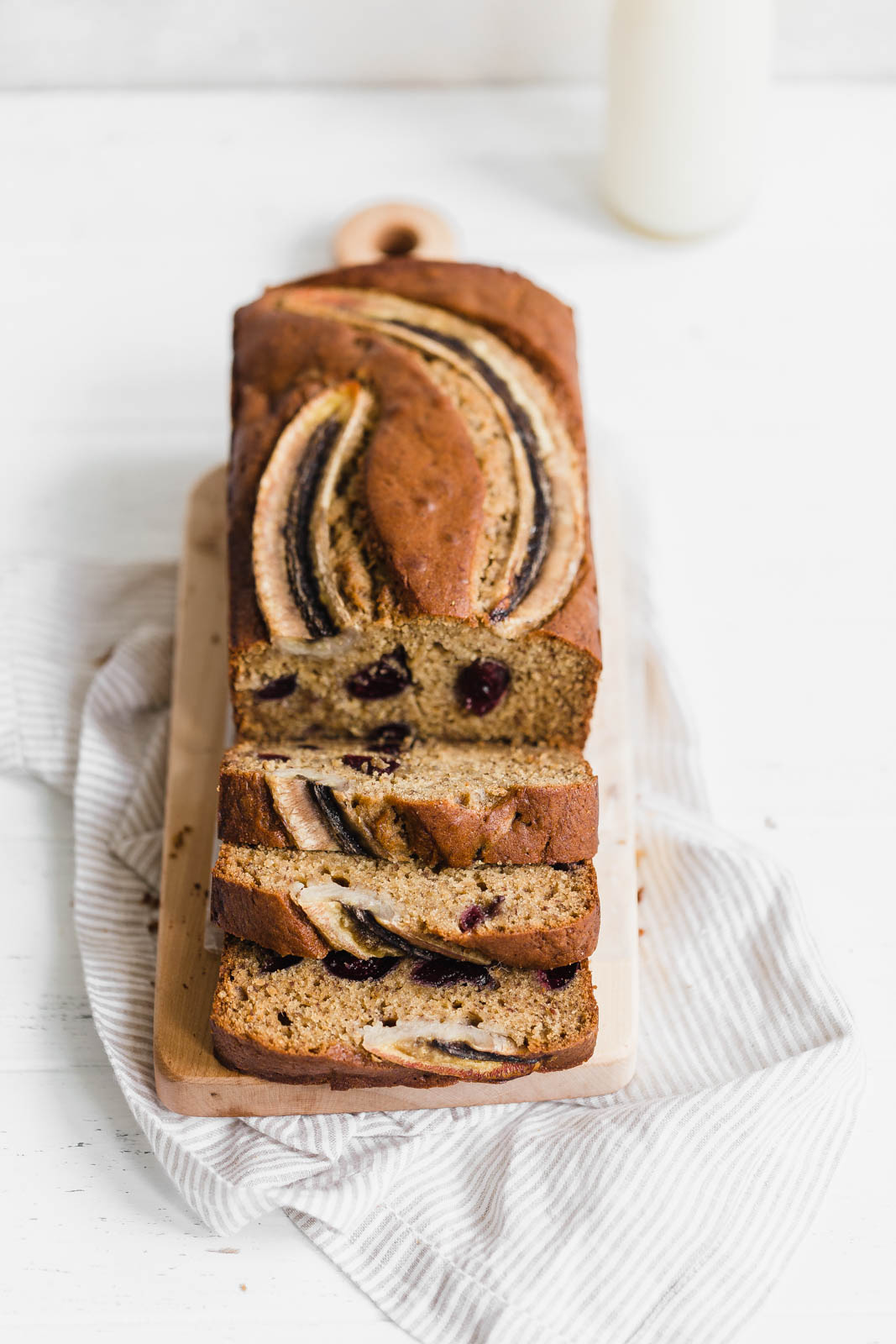 How to freeze banana cherry bread for later

This cherry banana bread freezes really well. First, let it come to room temperature on your counter, and then seal it in a freezer-safe baggie or wrap it in several layers of plastic wrap and a final layer of aluminum foil. When you’re ready to eat this loaf, set it in your fridge 24 hours before you plan on enjoying it. Once it’s fully thawed, you can leave it out on your counter throughout the week. 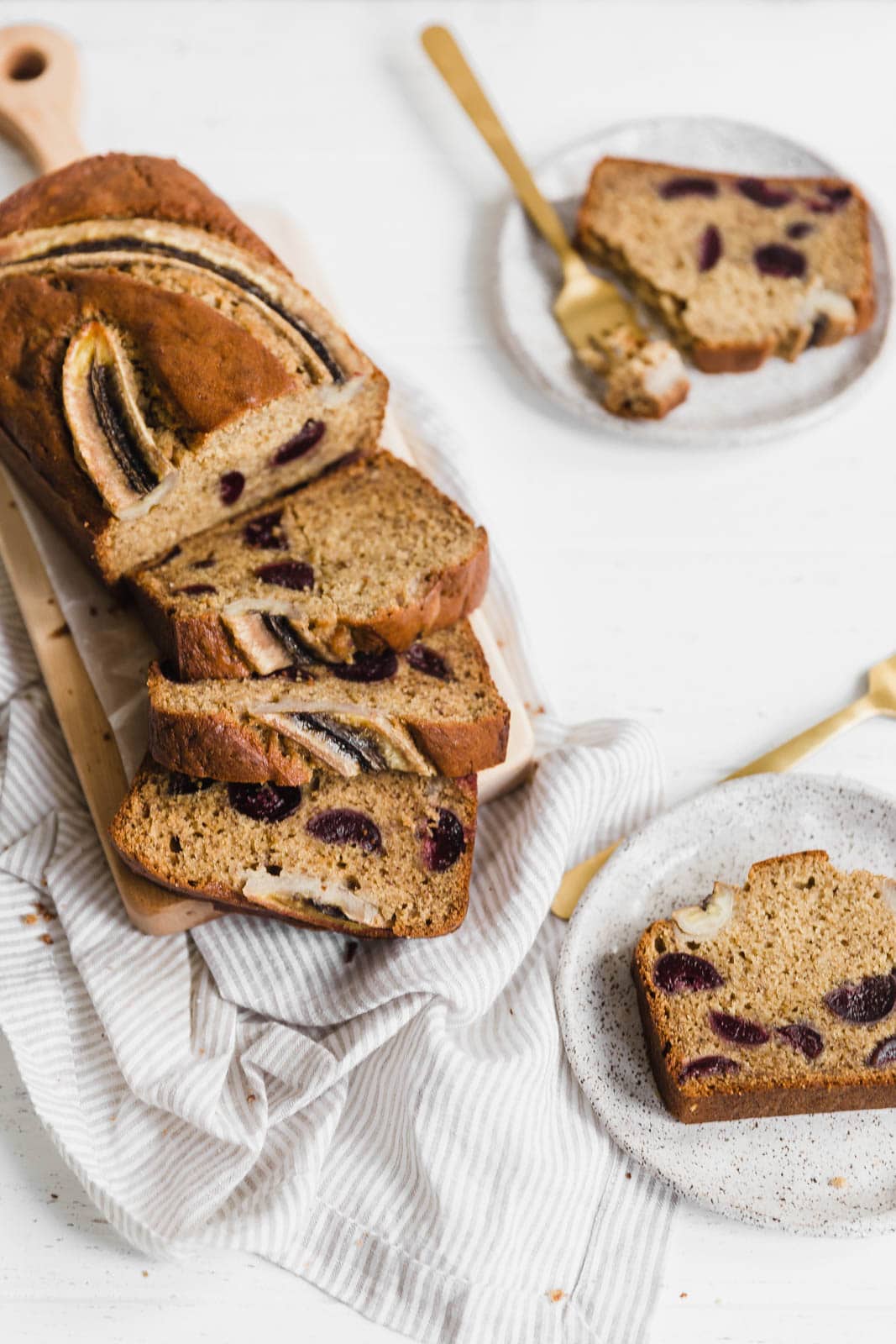 for the bourbon soaked cherries

to make the bourbon cherries

to make the bread