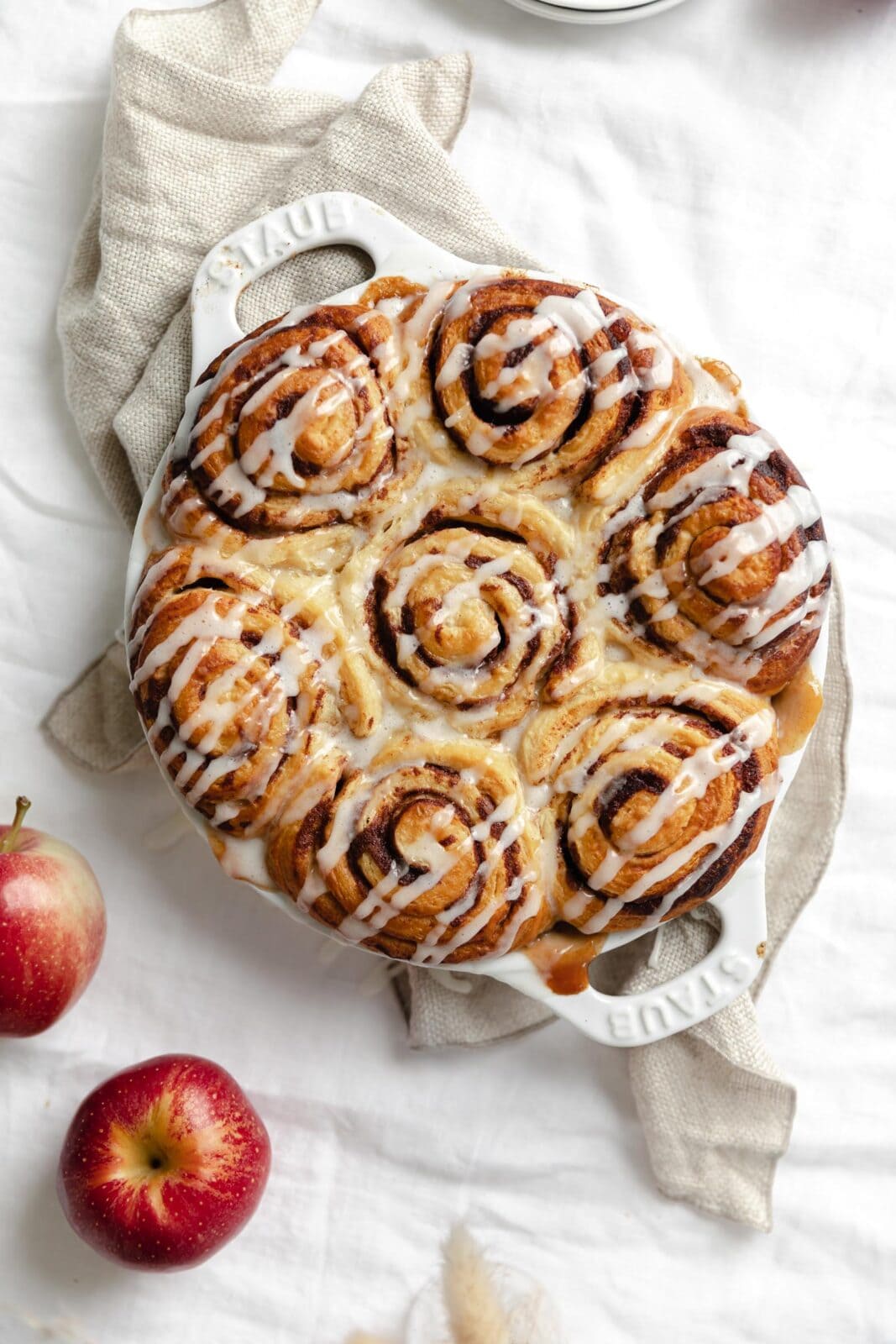 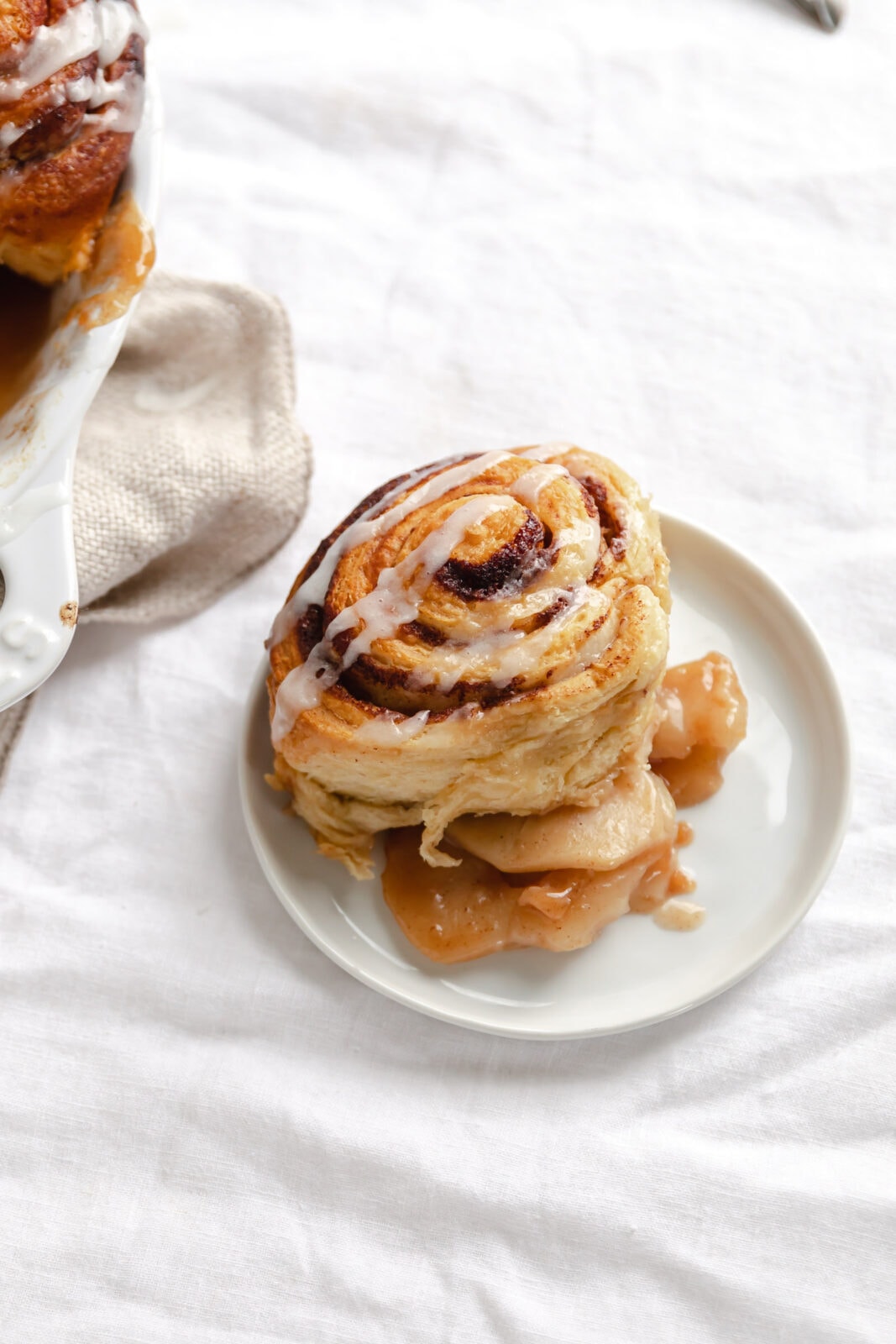 What is apple cobbler?

We get a lot of questions about cobbler. It’s not pie. It’s not crisp. It’s COBBLER. Cobbler generally has the same fruit base as a crisp, but instead of  being topped with a buttery crumble, it’s topped with a dense, biscuit-like topping. Unlike pie, cobbler is crustless so the apple flavor can really shine through. And regular apple cobbler is delicious.

But I’m a maximalist. I was thinking of making an apple cobbler for the blog and then I was like…why not use canned cinnamon rolls instead of biscuits?! I mean…why the heck not? This apple cobbler is topped with big buttery cinnamon rolls and is SO delicious. Plus it’s made with just six ingredients in ONE bowl AKA wayyyy easier to throw together than a pie. 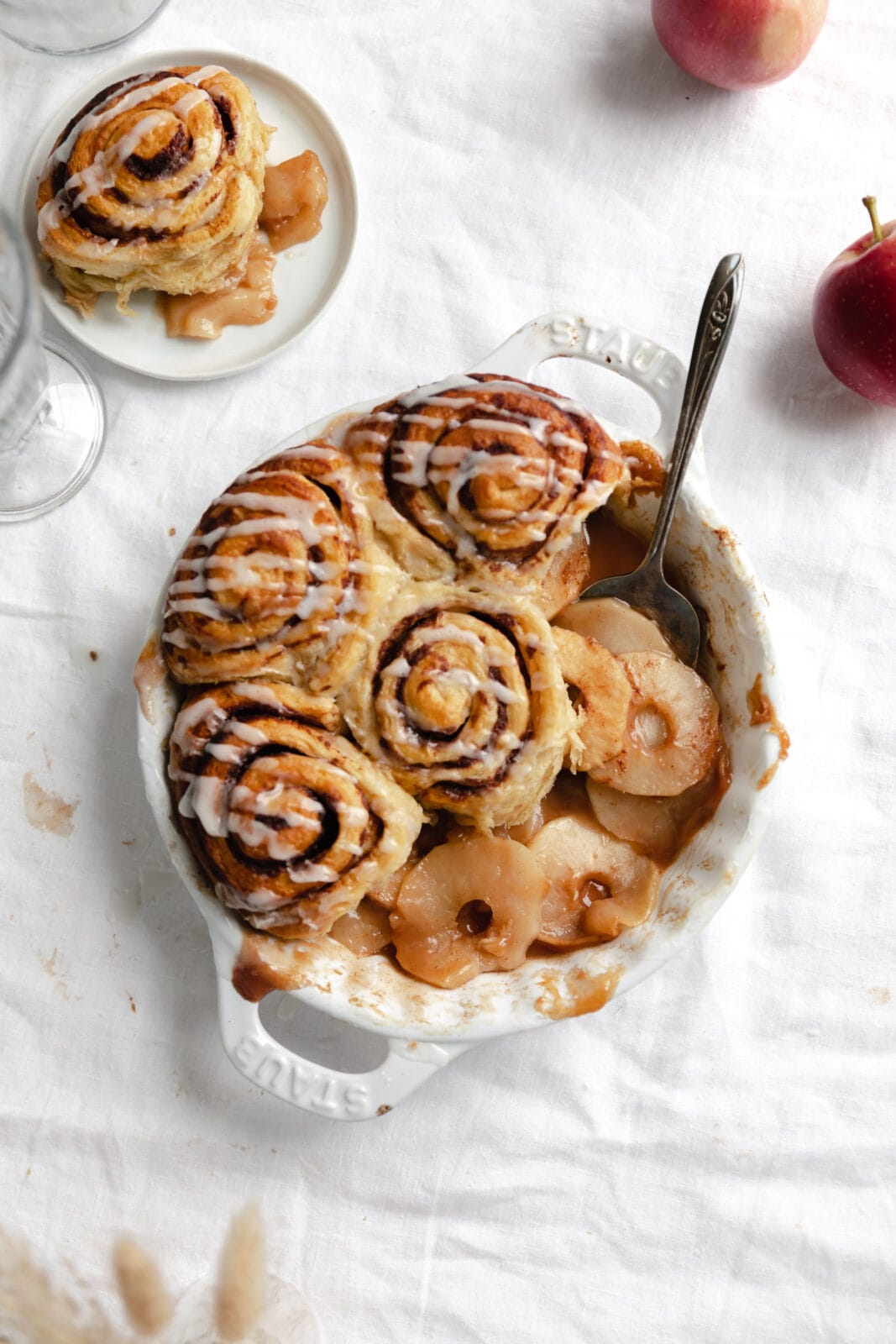 What do you need to make cinnamon roll apple cobbler?

This unique apple recipe is super simple which means your ingredients will really shine through! We recommend splurging on good apples and a fancy canned cinnamon roll for best results! Here’s your shopping list: 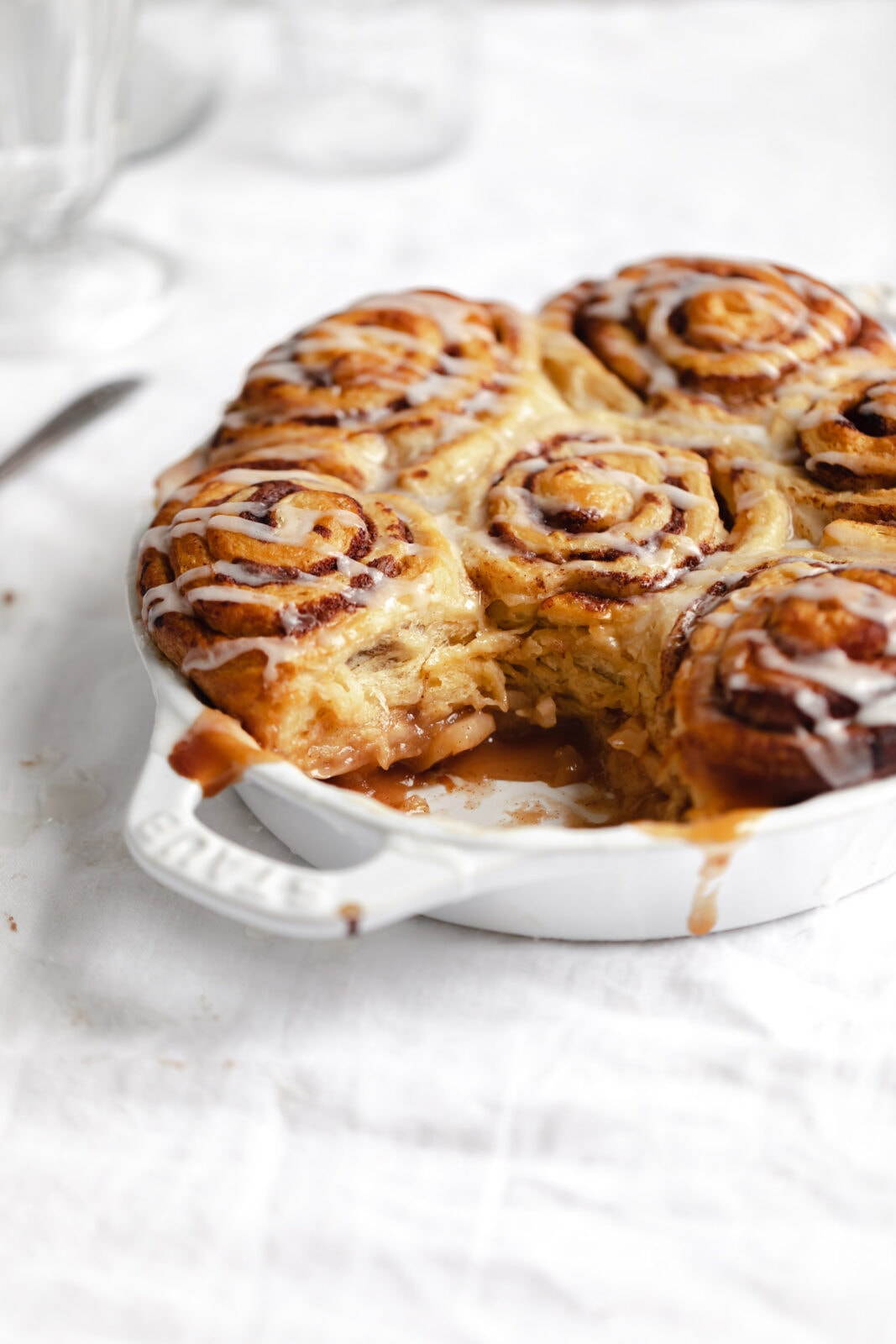 What kind of apples should you use to make cinnamon roll apple cobbler?

We recommend using a mix of different apples for the most varied deep apple flavor. We like to use both tarter, cooking apples like granny smith and also sweeter apples to deepen the flavor. This will ensure that some of the apples remain tart and crisp while others will break down into a jammy, cinnamon-sugar dream. For the sweeter apples you can use whatever you have on hand: gala, honey crisp, pink lady, envy…any kind will do. 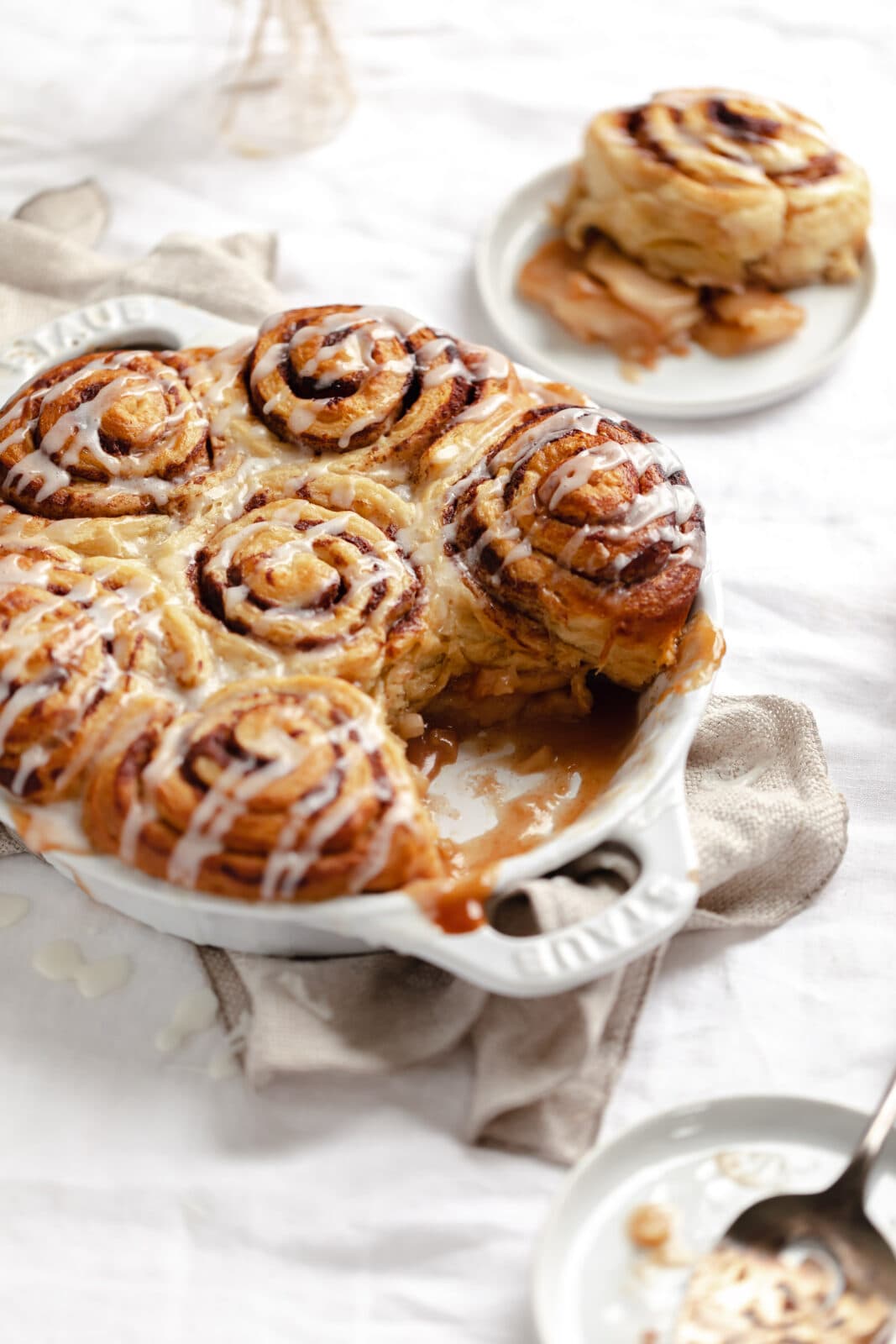