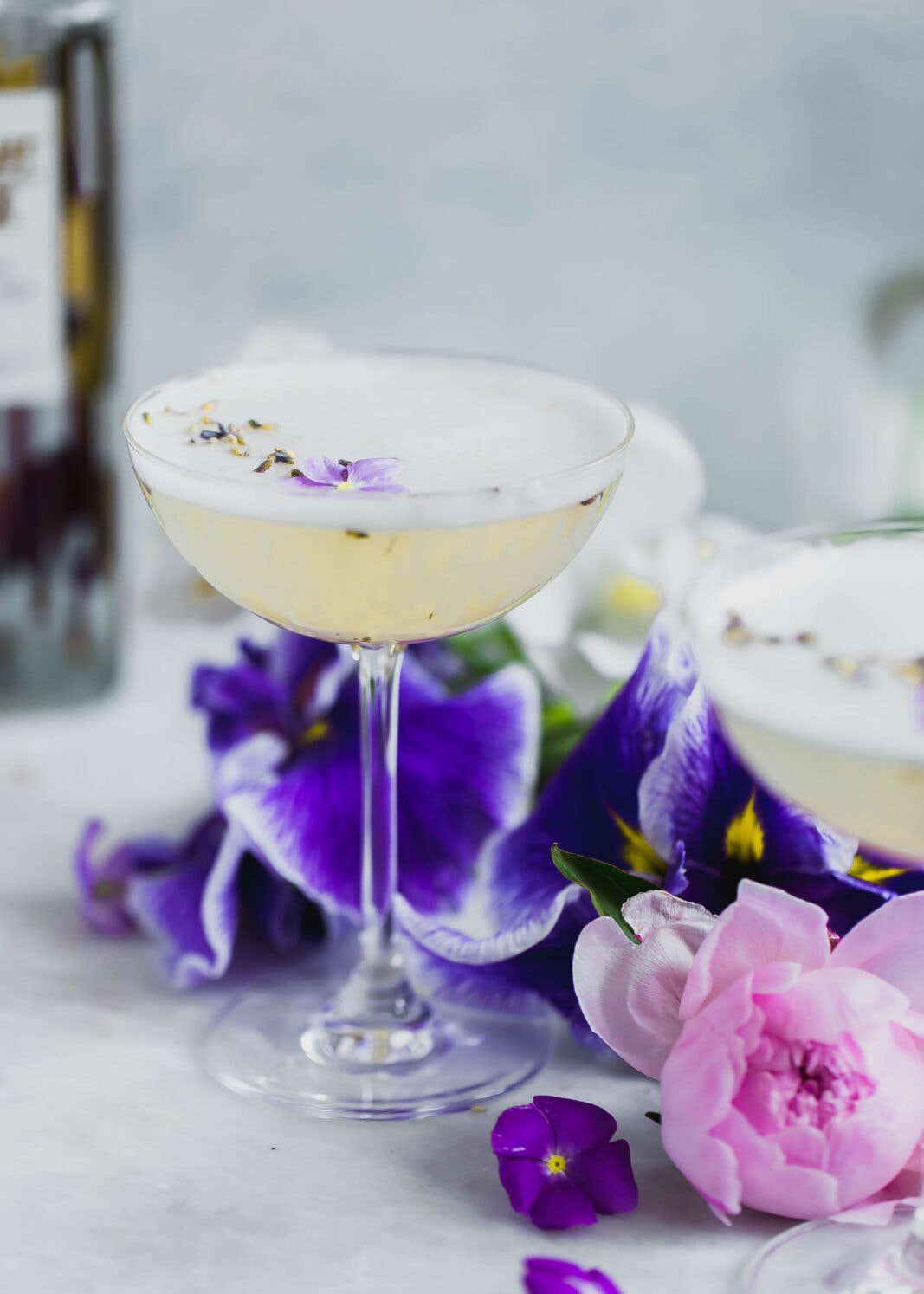 Creating this lavender coconut vodka sour Following the success of The Ginger Rogers, a grapefruit and ginger cocktail I made 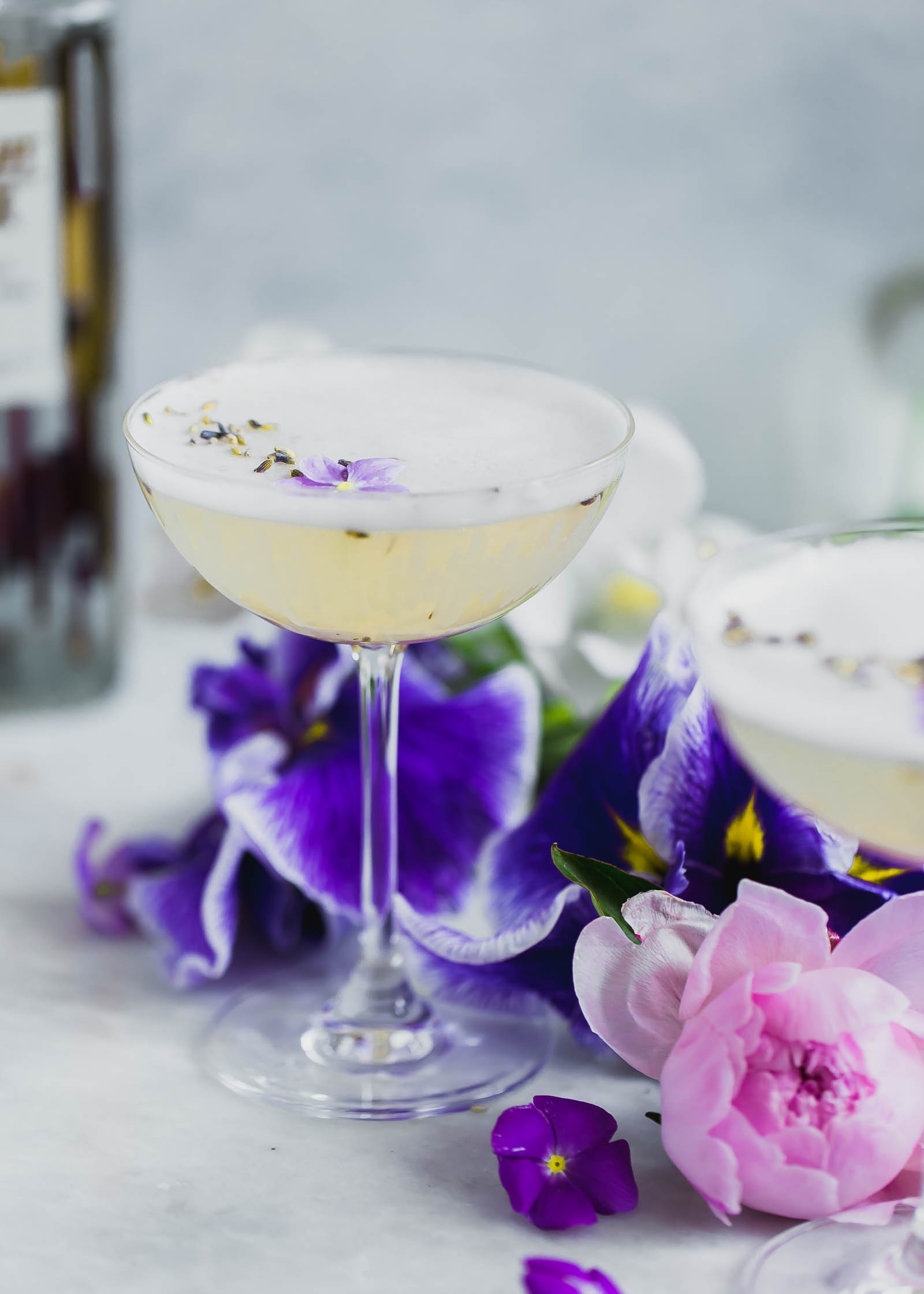 Following the success of The Ginger Rogers, a grapefruit and ginger cocktail I made named after the iconic dancer, I decided to start a little series of naming cocktails after famous classical women. This cocktail, the Violet Eyes, is named after the one and only Elizabeth Taylor, who reportedly had violet pupils. Or at least that’s what pop culture tells me.

I was so pleased with how this vodka sour turned out. I’ve partnered with my lovely friends at Absolut on this post, and am a huge fan of their newest vodka: Absolut Elyx. It’s a premium vodka distilled in copper barrels, creating a crisp, smooth taste. It paired perfectly with the floral and tropical flavors of lavender and coconut water. And I absolutely loved having coconut water in my cocktail. It felt so light and refreshing; perfect for long summer nights. 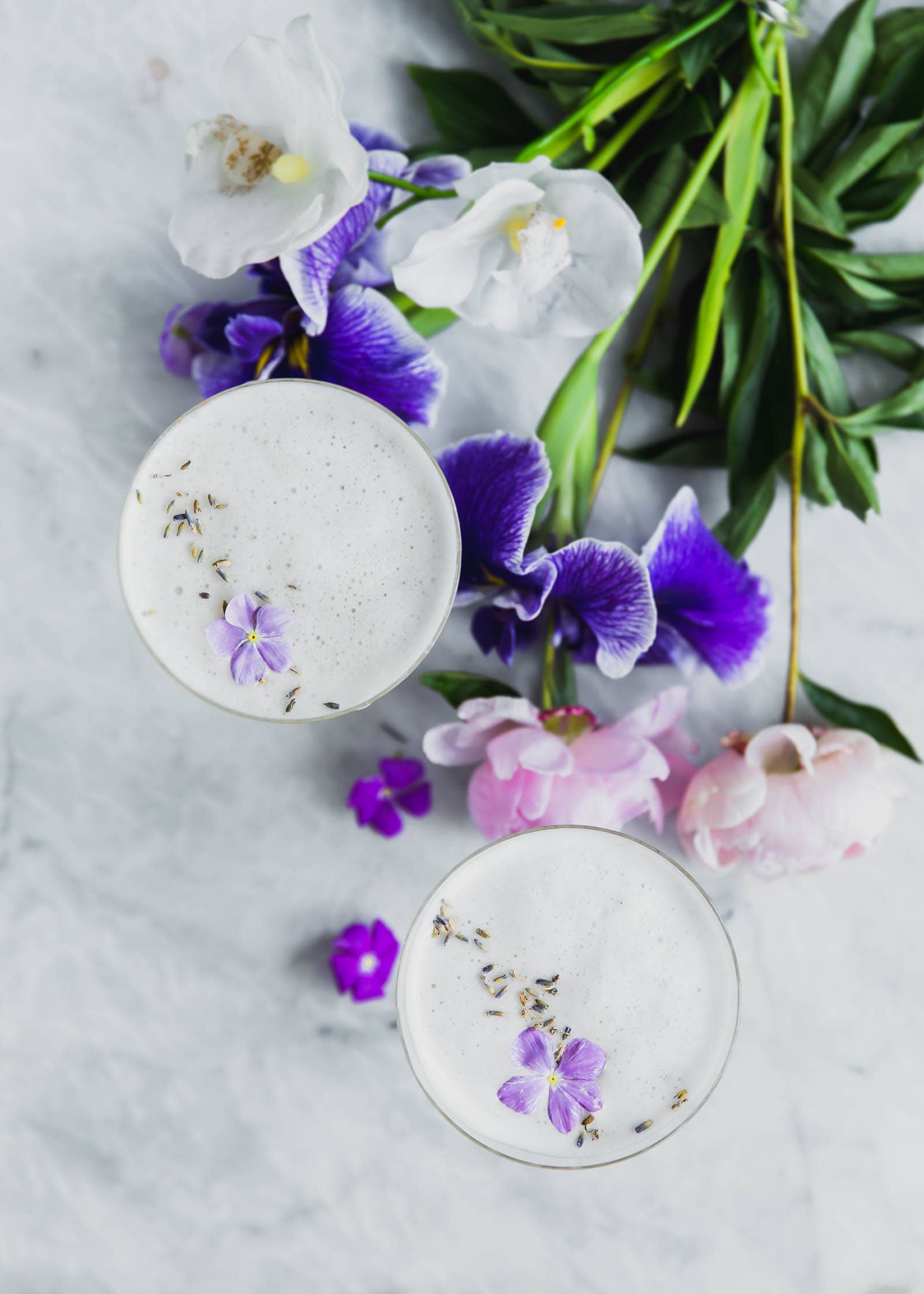 What’s in a vodka sour?

Traditionally, a vodka sour combines simple syrup, vodka, and either lemon or lime juice. Sometimes bitters or other flavorings are added, but those three main ingredients are required to make it a true vodka sour. I switched up the classic vodka sour recipe a bit by infusing the simple syrup with lavender and coconut water for an extra burst of freshness. I also added a bit of egg white to make this cocktail frothy. 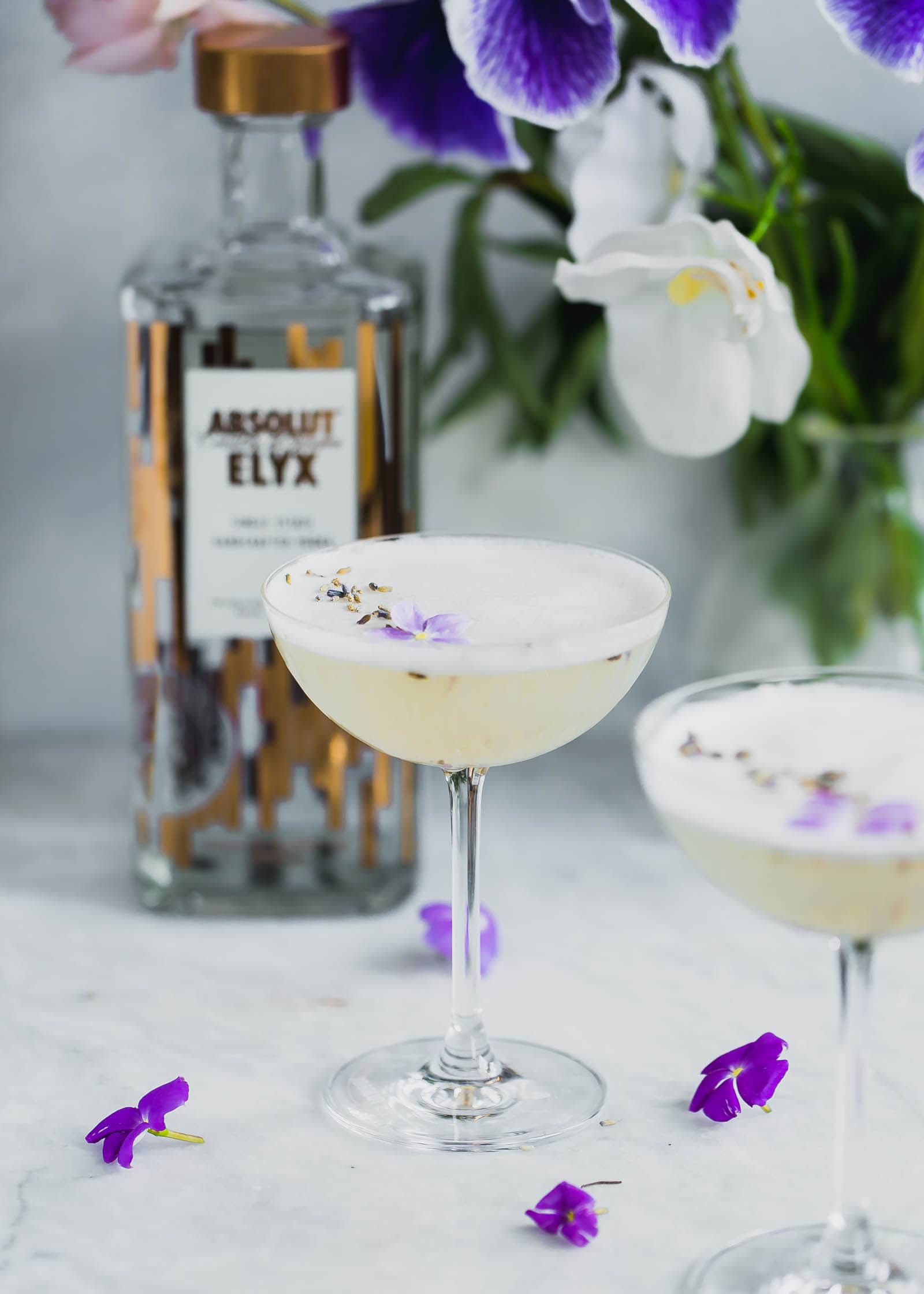 For those of you saying “wait, egg white in a cocktail?!”, well, yes. It’s absolutely amazing. When shaken up alongside the other ingredients, egg whites create a thick, frothy texture that makes this vodka sour seem richer than it is. Plus, the acidity from the lemon neutralizes any potential bacteria from the egg white, so it’s totally safe to drink. In fact, all whiskey sours use egg whites to give them that lovely froth. 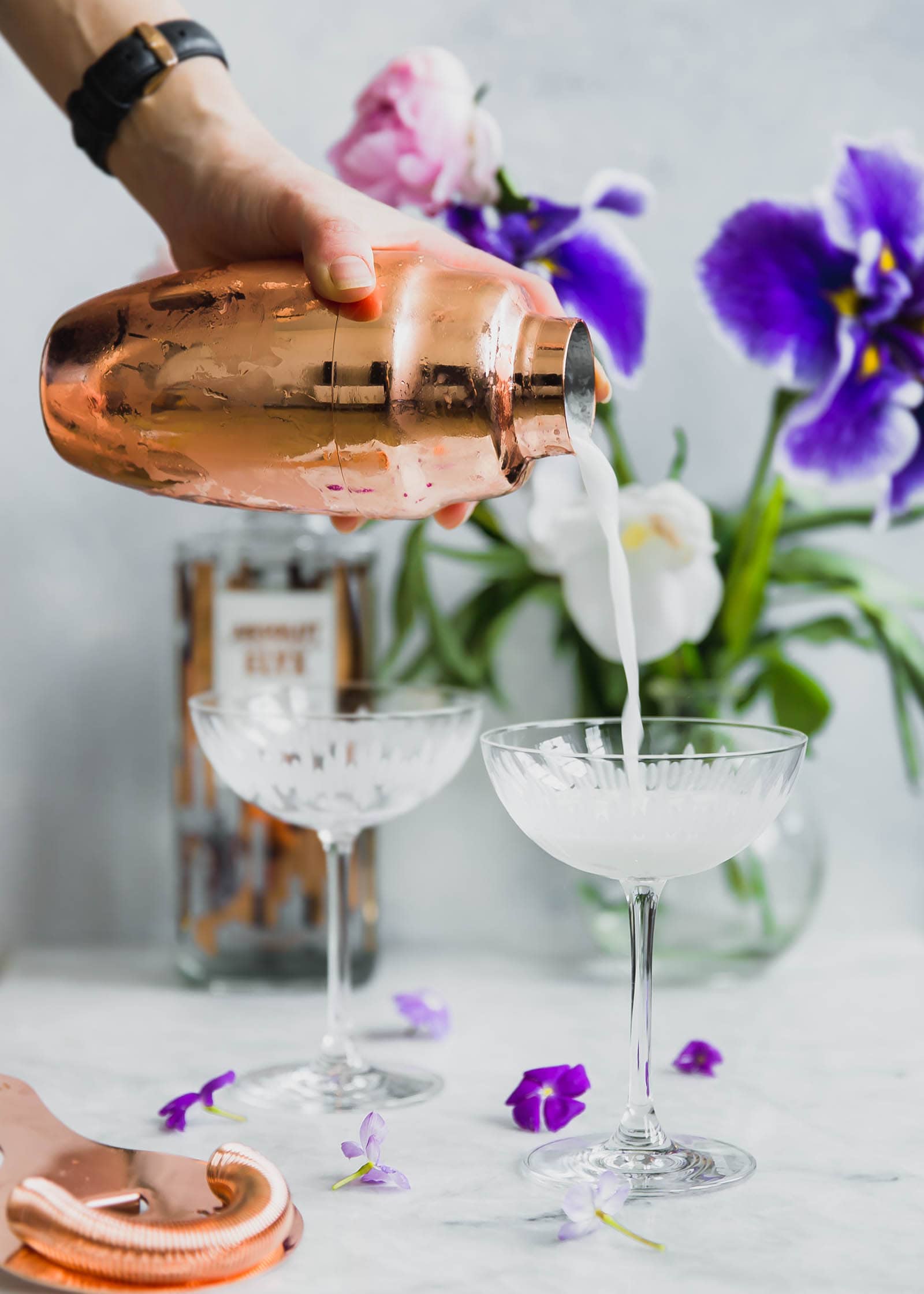 How to make a lavender coconut vodka sour

Assemble the cocktail — Add the simple syrup, Absolut Elyx, lemon juice, coconut water, and egg white into a cocktail shaker and shake until frothy. I topped my vodka sour with edible flowers and dried lavender to make it even prettier. 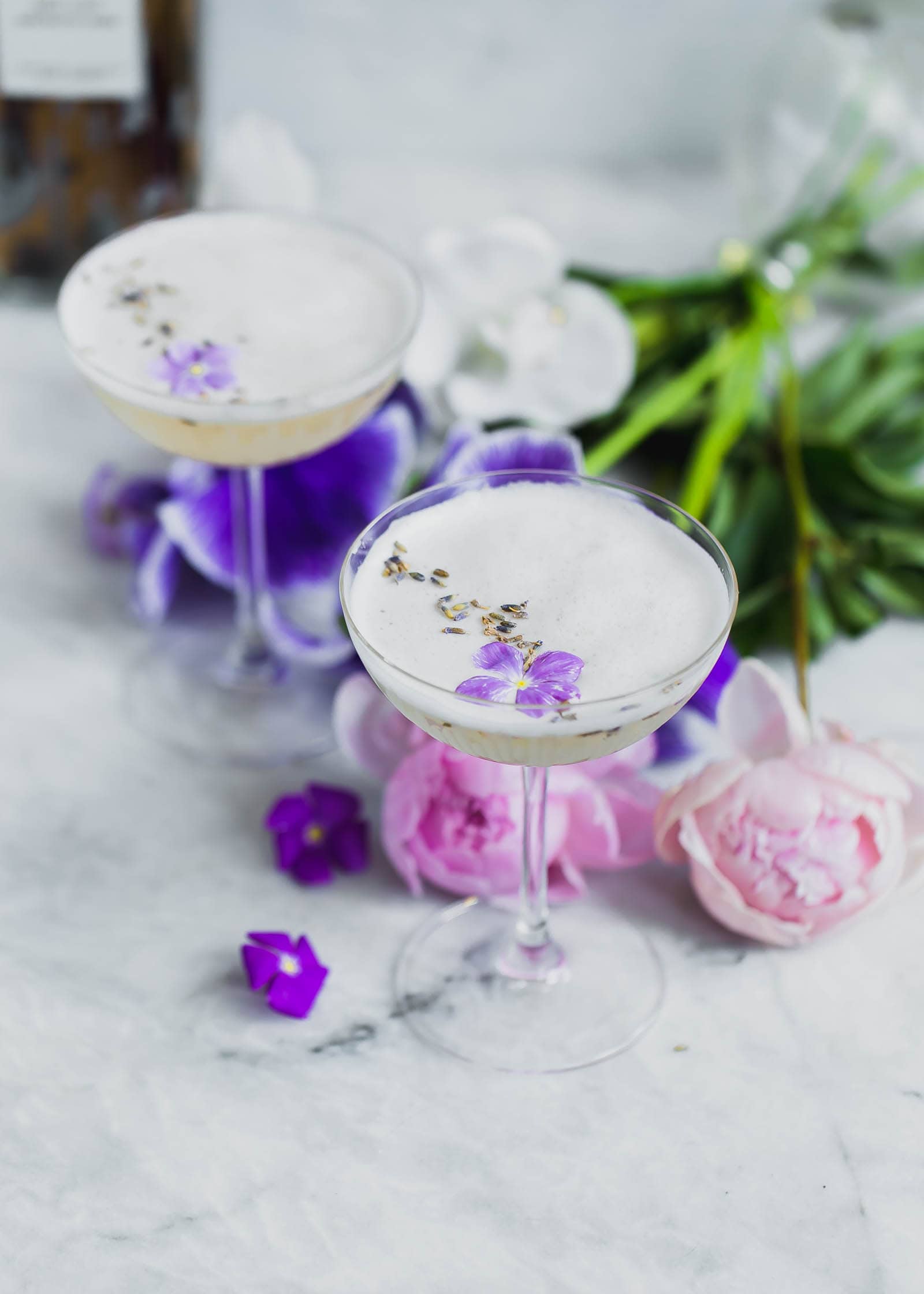 The recipe below serves one, but it can be easily scaled up to make a full round of cocktails. Cheers!

for the lavender simple syrup

This post is sponsored by Absolut Elyx. All text and opinions are 100% my own. Thank you for supporting the companies that help make Broma possible! 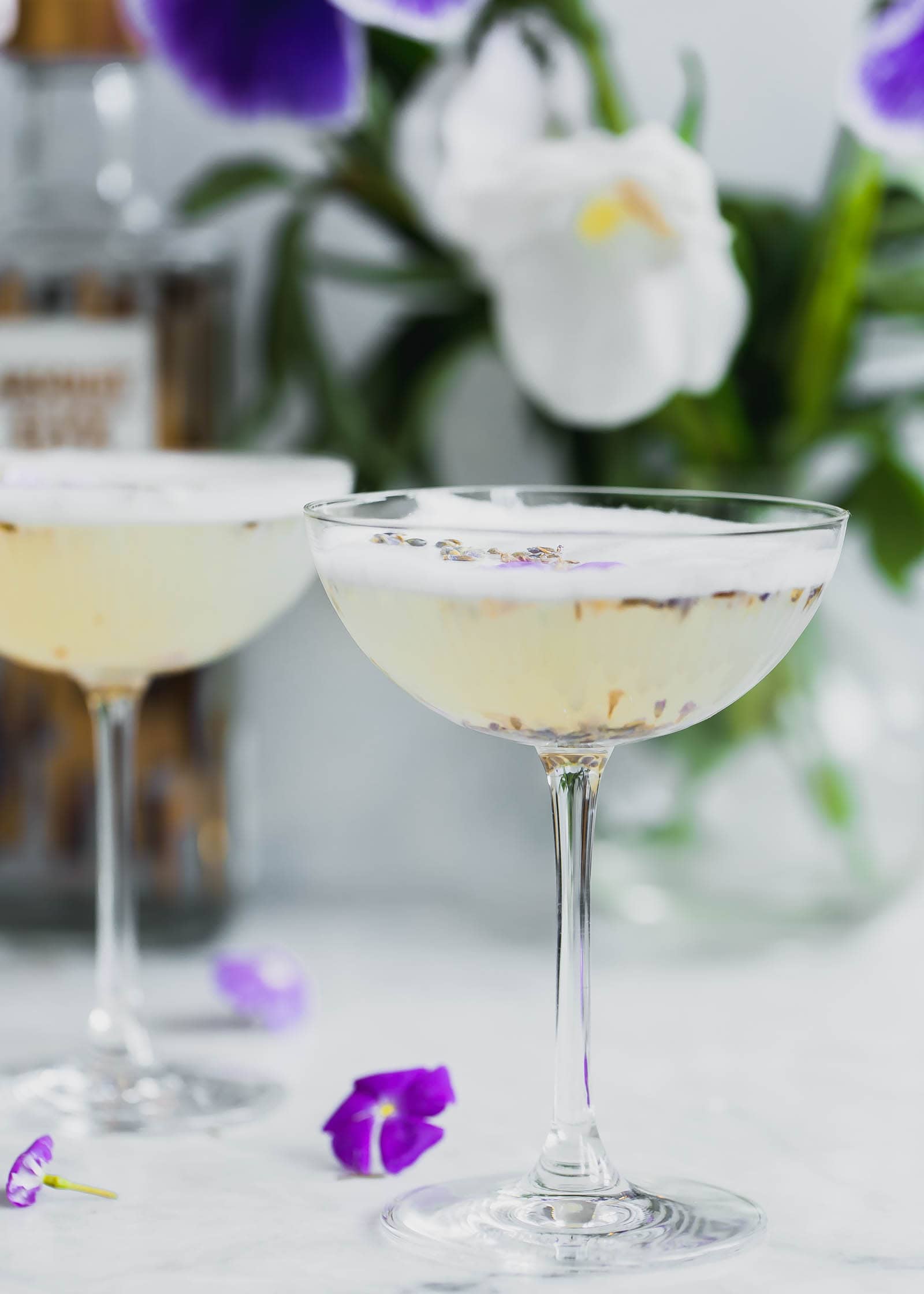