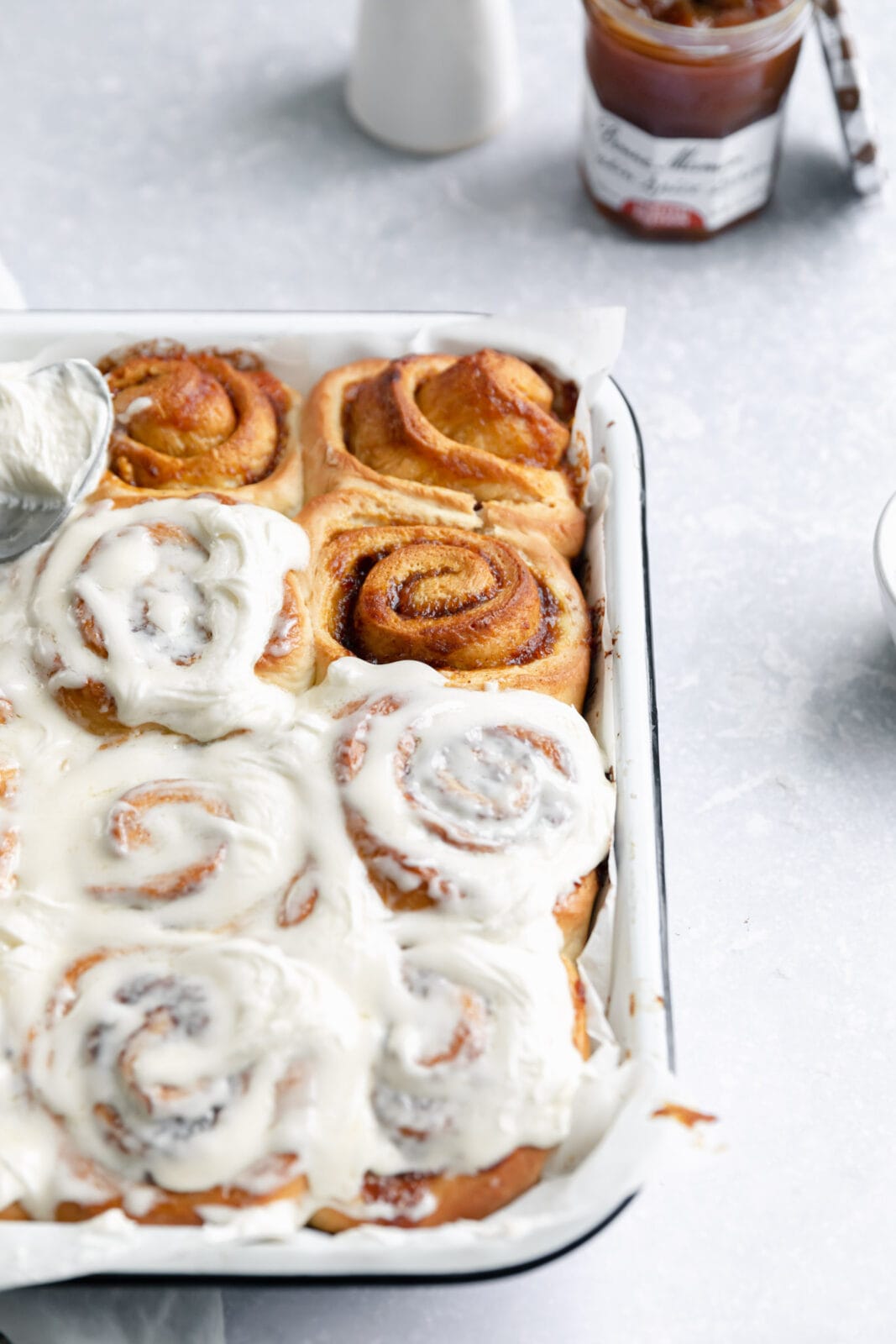 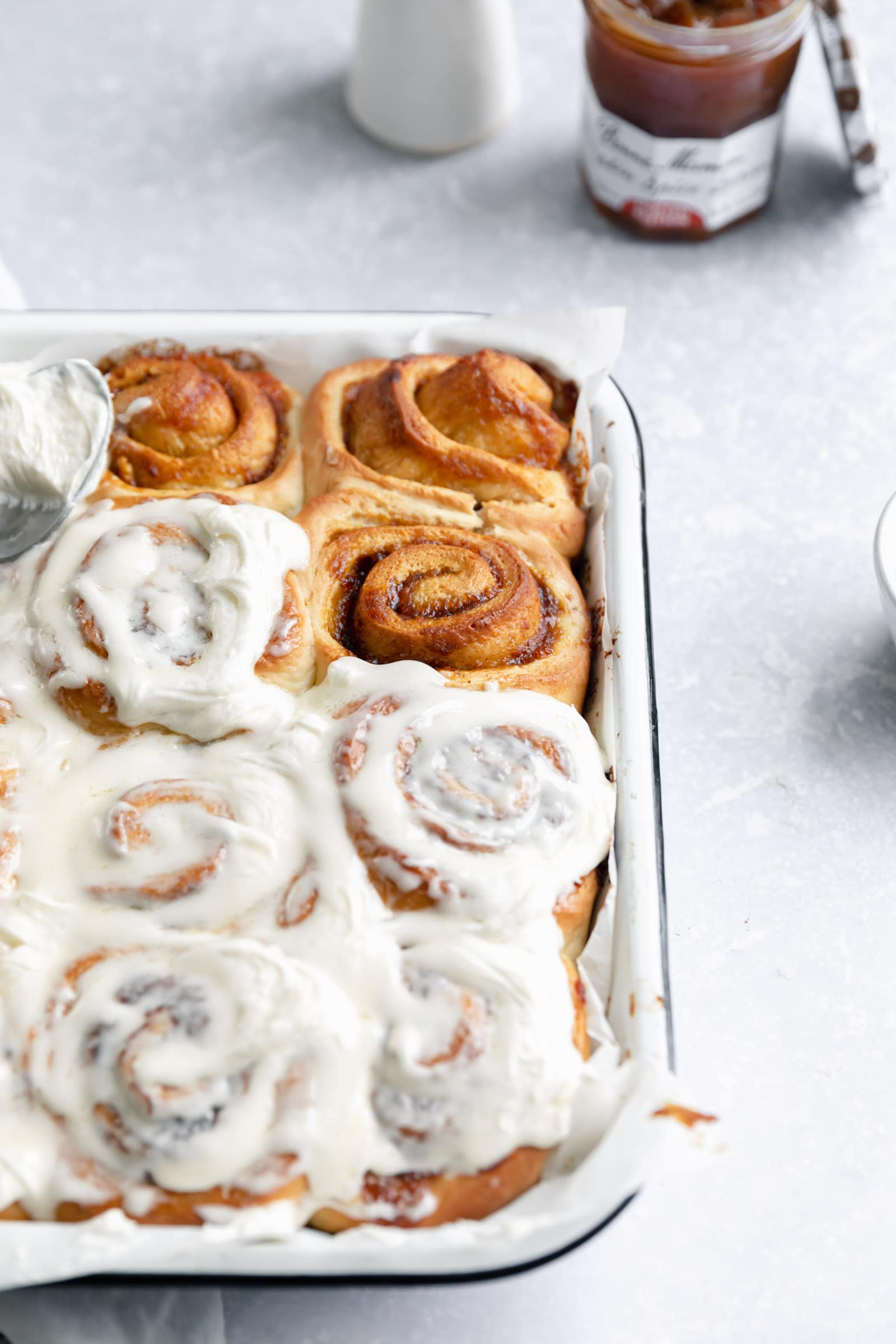 It’s the most wonderful time of the year…no, no, not Christmas. PUMPKIN SEASON. AKA my favorite baking season. Gimme pumpkin muffins, pumpkin scones, pumpkin bread, pumpkin cookies…I want it all. Our newest pumpkin obsession? Pumpkin cinnamon rolls. Picture the softest, pillowiest cinnamon roll you’ve ever had, only fill it with a perfectly spiced pumpkin filling and top it off with a cream cheese frosting. It was love at first buttery, pumpkin-y, spiced bite.

Growing up in New England, Fall has always had a special place in my heart. The changing leaves, crisp air, new beginnings and most importantly, the FLAVORS. Apple, cinnamon, ginger, oat, and pumpkin…they’re my most favorite ingredients to bake with. Of course you can bake with these cozy, autumn flavors year round, but there’s something especially nostalgic and special about Fall. My fondest memories are whipping up treats after school with my mom and sister and devouring them warm from the oven. And let me tell you, if this Limited-Edition Bonne Maman® Pumpkin Spice Spread had been around back in my school days, Rebe and I would’ve been polishing off a jar a week. 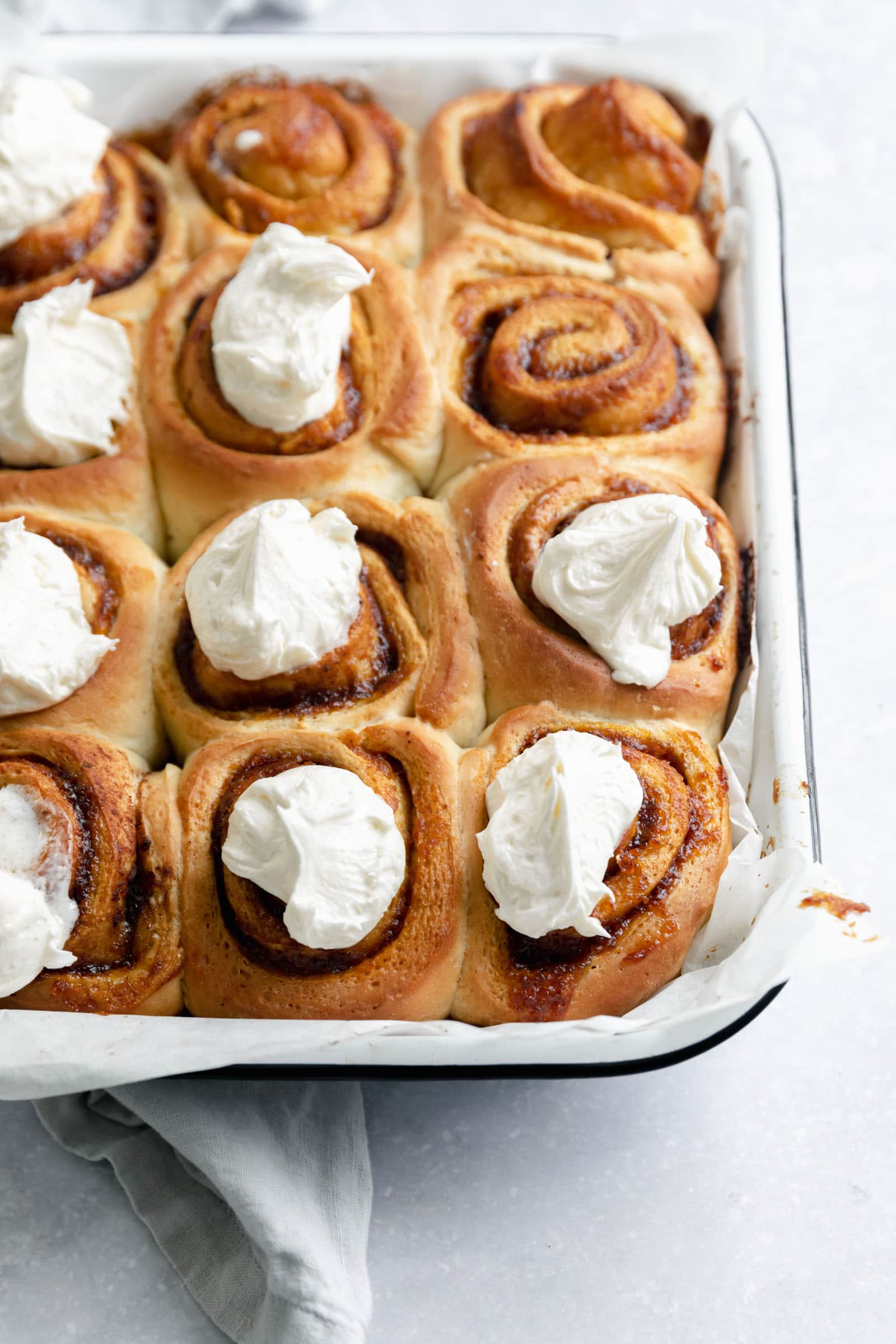 What is Pumpkin Spice Spread?

When I heard Bonne Maman was coming out with a Limited-Edition Pumpkin Spice Spread I knew it was going to be unreal. And boy oh boy, Bonne Maman does not disappoint. This stuff is addicting. You have been warned. It’s rich, creamy, not too sweet, and packed full of perfectly spiced pumpkin flavor. It’s basically Fall in a jar and you’re going to LOVE it.

You can always count on Bonne Maman for the highest quality jams, preserves, and spreads and their pumpkin spice spread is no different. Made with just 6 simple and natural ingredients you’d find in your own cupboard, this pumpkin spice spread tastes like you whipped up your own homemade pumpkin spread. Make sure to pick up a jar (or, like, 5 or 10…) of this scrumptious seasonal spread next time you’re at the grocery store before it sells out or order from their online shop! 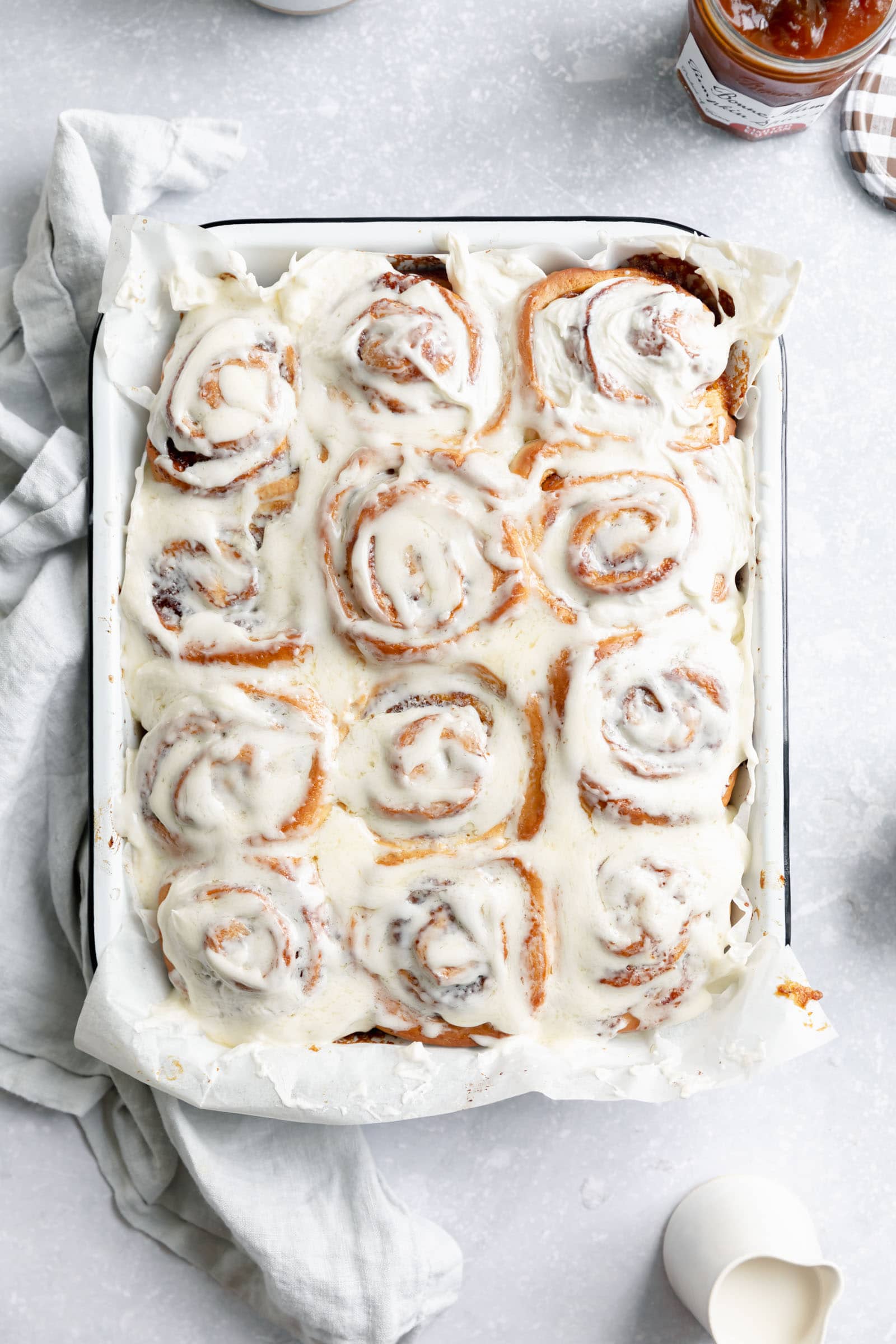 These pumpkin spice cinnamon rolls taste straight out of a bakery, but are actually relatively simple to throw together thanks to Bonne Maman’s Limited-Edition Pumpkin Spice Spread. No need to make any fancy pumpkin fillings! 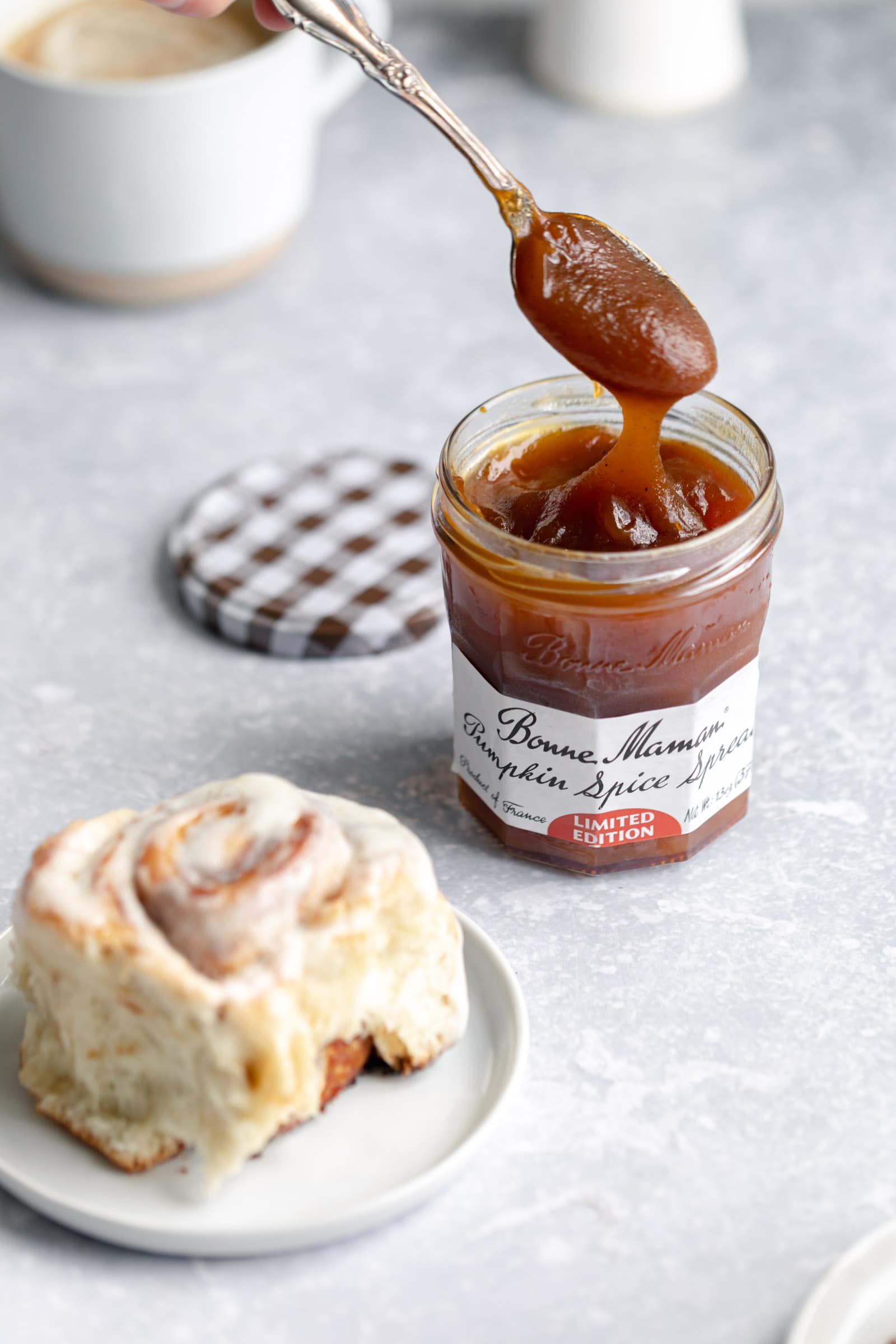 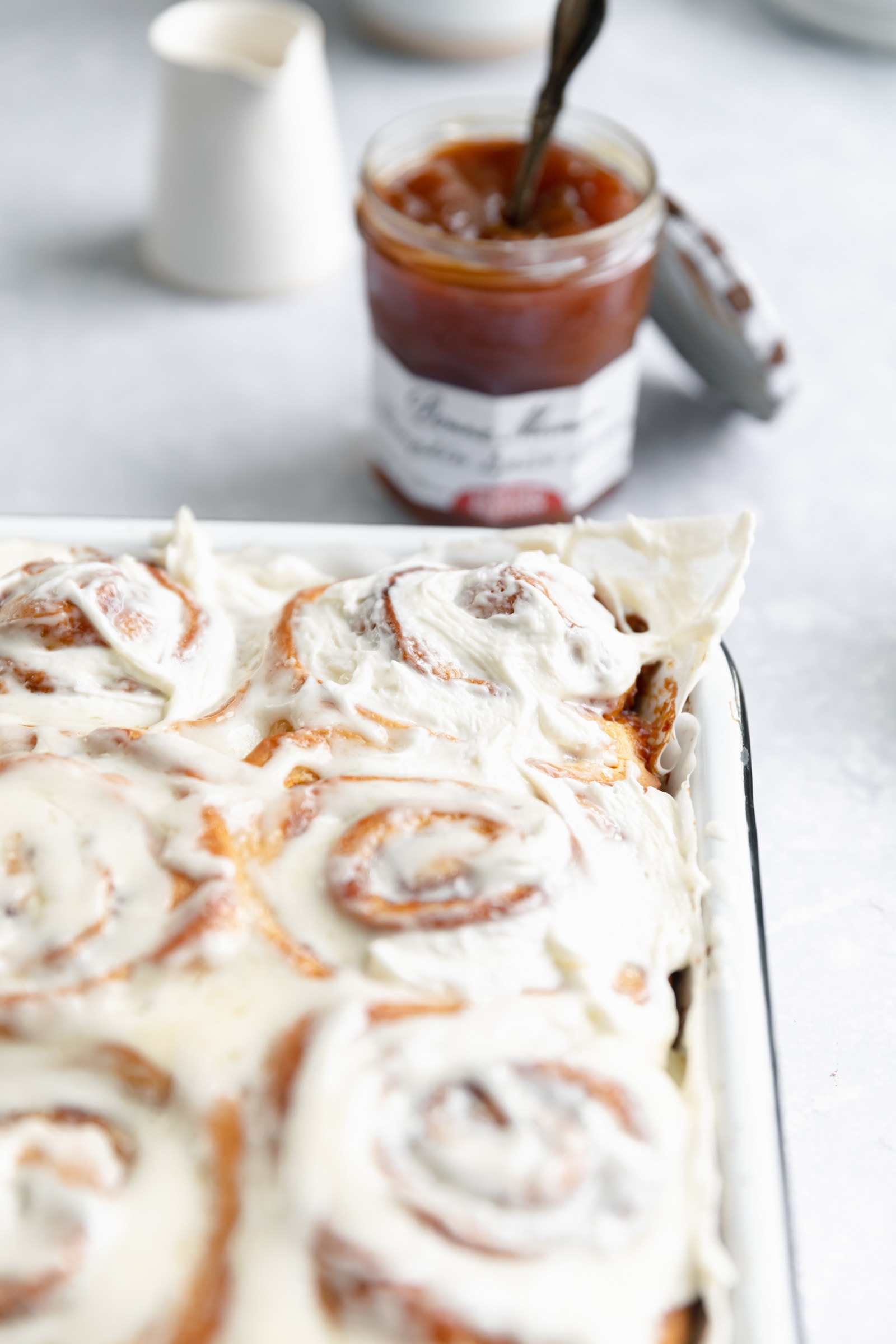 For the cinnamon roll dough:

For the pumpkin filling:

For the cream cheese frosting: