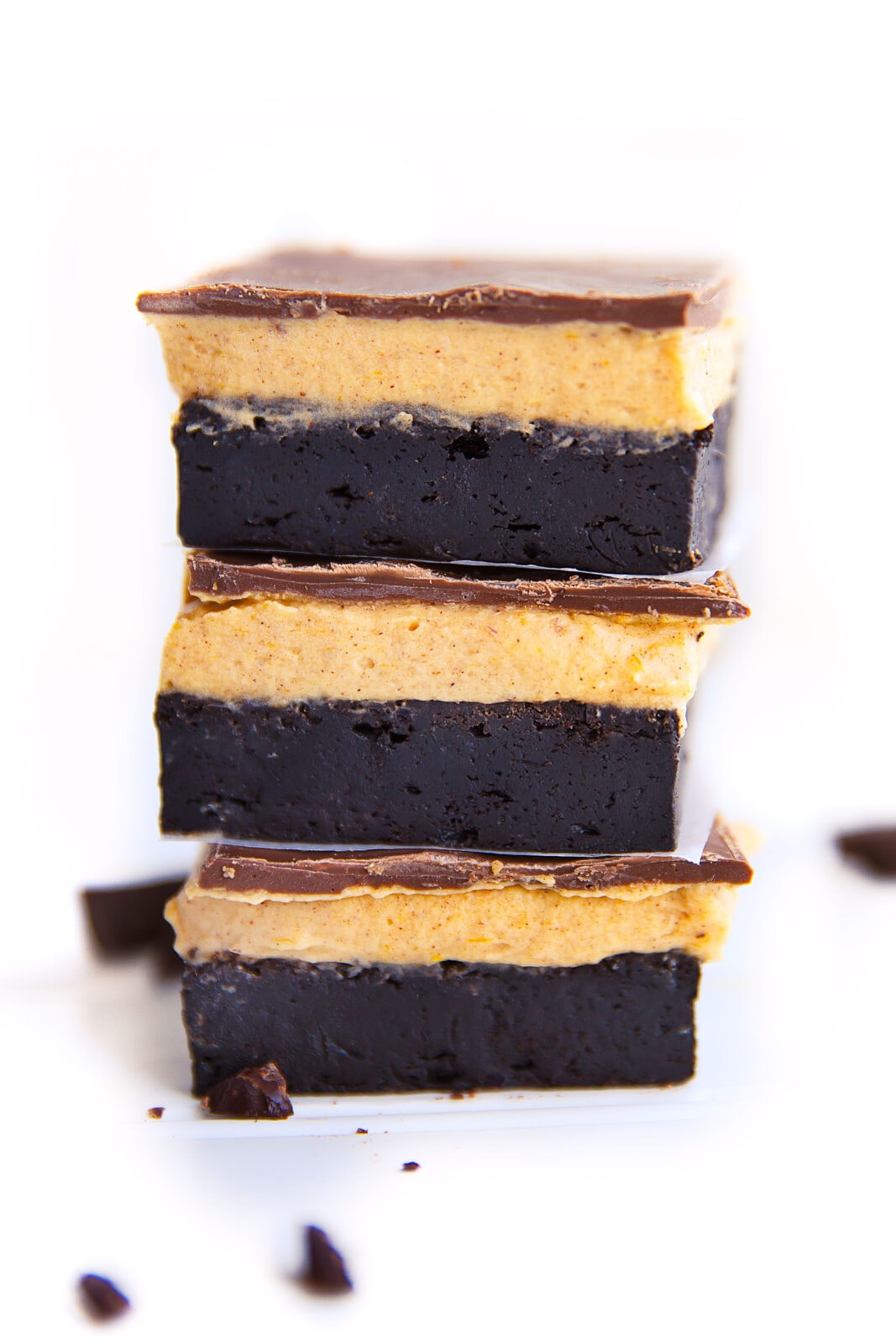 Fudgy brownies topped with a pumpkin cream cheese frosting and bittersweet chocolate. Betcha can’t eat just one. This is a 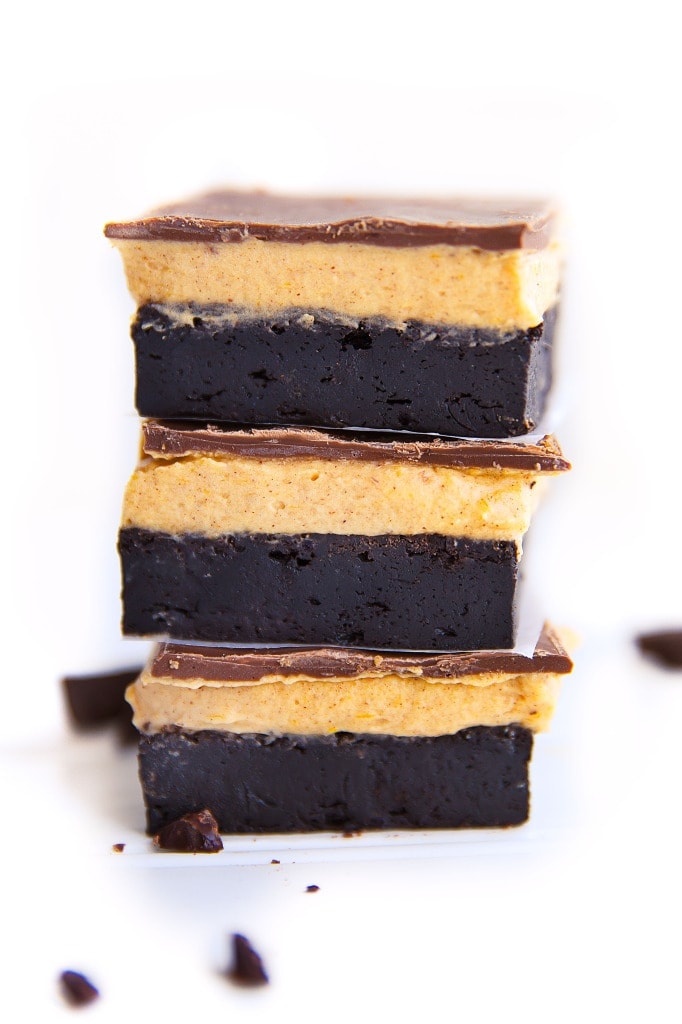 This is a post for all you brownie lovers out there. I tried my best to bring a little Thanksgiving into this recipe (pumpkin, duh), but more than anything it was just an excuse to make brownies.

Alex says I should start making brownies every Wednesday and titling the posts “Hump Day Brownies.” What do you guys think? I’m still skeptical. Ha!

Only I have to admit, I really don’t like it. It has this distinct taste that, to me, tastes burnt. Kind of like dirt. Dirt-process cocoa powder. But I didn’t discover this until I had made these brownies. So that is why these are the darkest brownies in the world and I have to say I’m a bit mad about it. 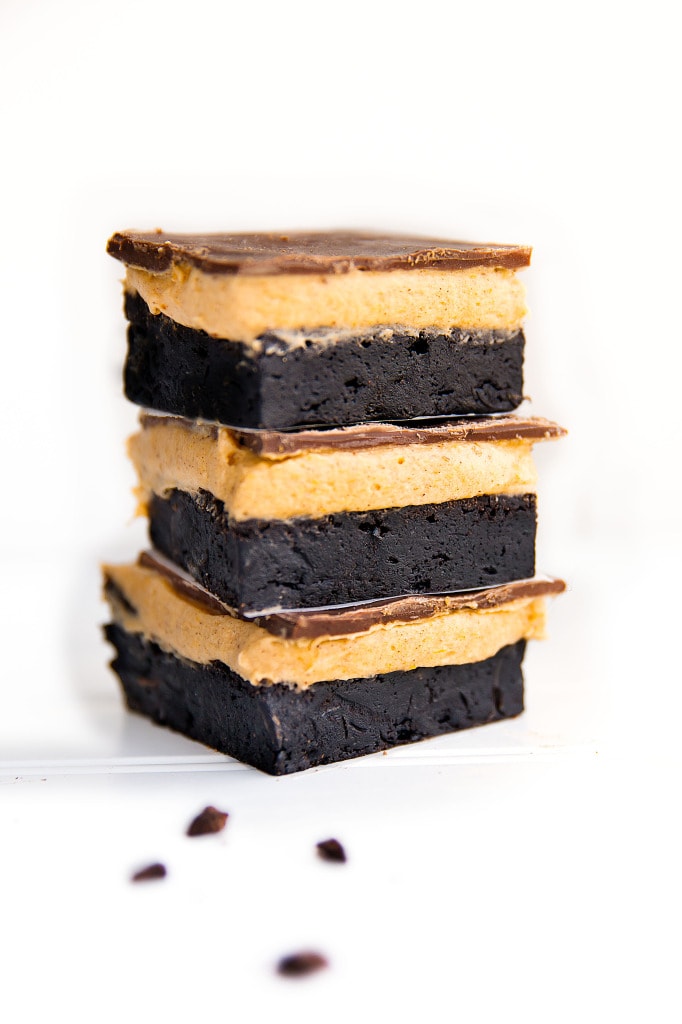 Mad because otherwise, these brownies are delicious! The pumpkin cream cheese frosting is clearly the star of the show. When I ate these brownies, I ate a whole brownie like a good girl, then tore up another one with my fingers and just ate the frosting.

And that’s how I ended up with a plate full of half-eaten brownies.

But you know what? Good for you guys because I made wrote recipe with reggaler cocoa powder so you won’t end up with the same fate. You’ll eat these brownies and be like Oh my god these are so good here let me pass them out to anyone that walks in my door so I don’t eat them all.

And, last but certainly not least, today is the last day to enter my November Giveaway! One lucky reader will win a $40 Amazon Gift Card! Head on over to my other most recent brownie post here to enter!

For the pumpkin cream cheese frosting

For the chocolate top

*10 minutes after being removed from the oven, run a knife around the edges of the pan to ensure the brownies don’t cool and stick to the pan!
**Because these brownies have cream cheese in them, be sure to refrigerate them after making! 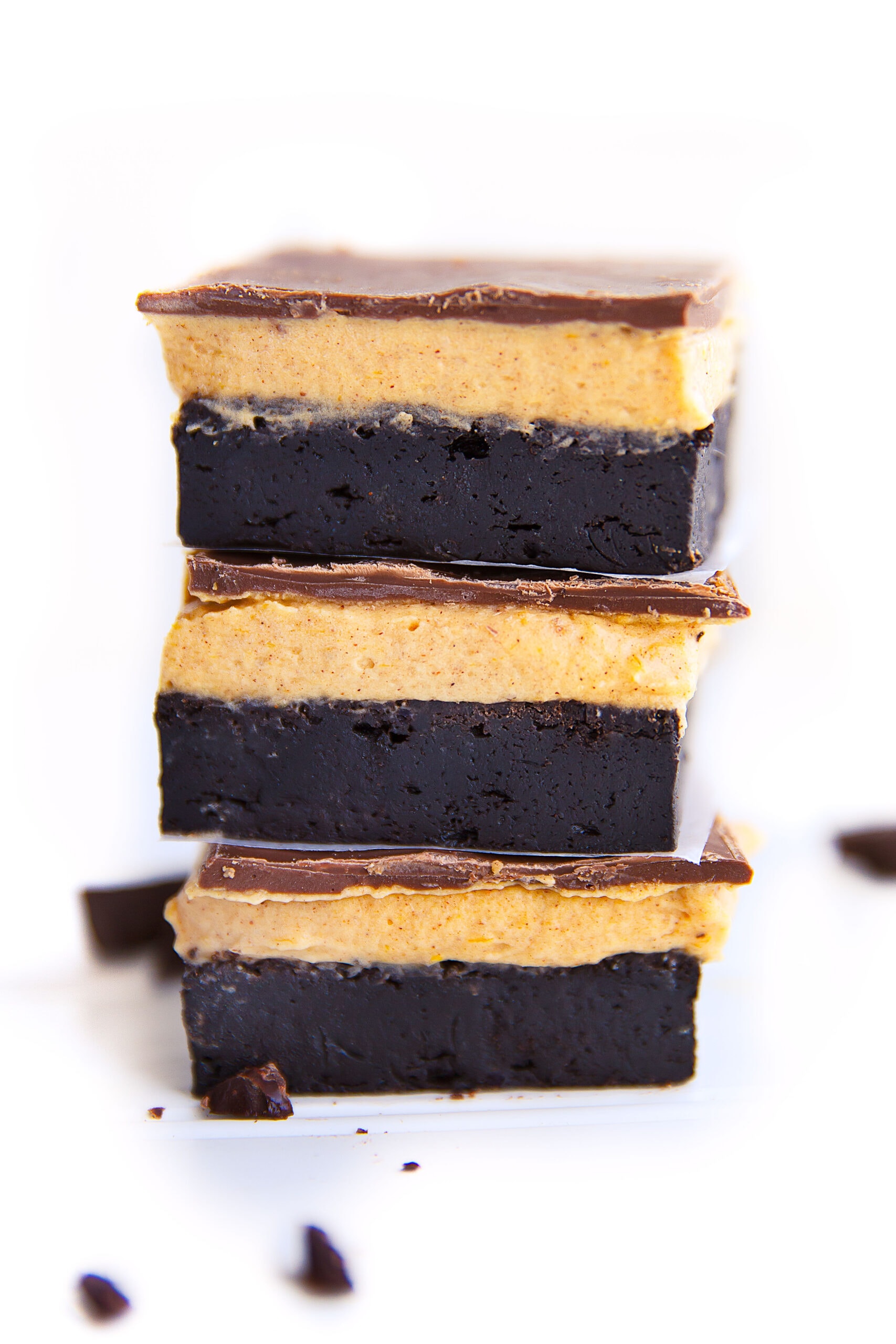