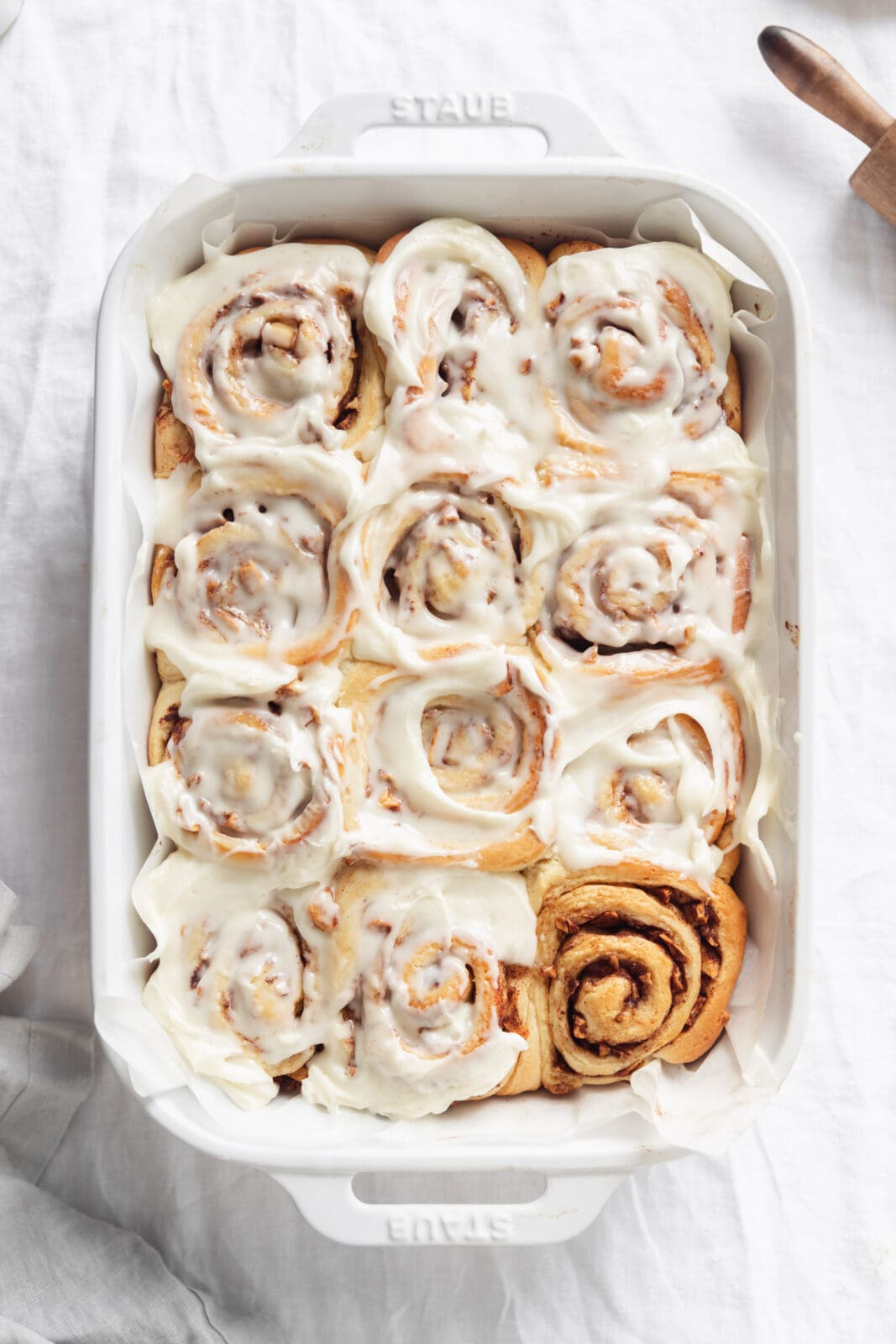 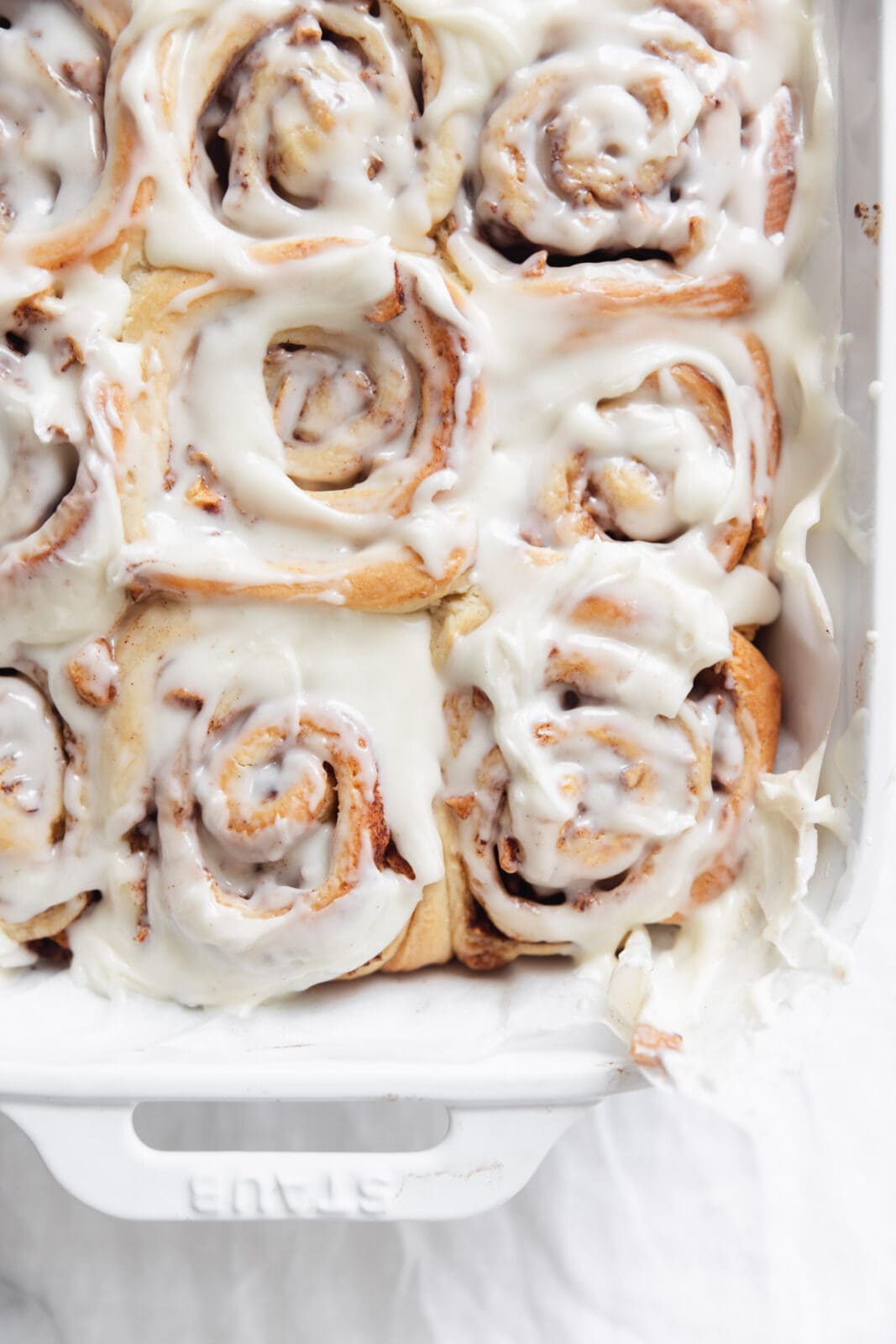 What ingredients do you need to these fall cinnamon rolls?

These fall cinnamon rolls call for some extra spices (and of course apples), but most of the other ingredients are pantry staples! Here’s your shopping list: 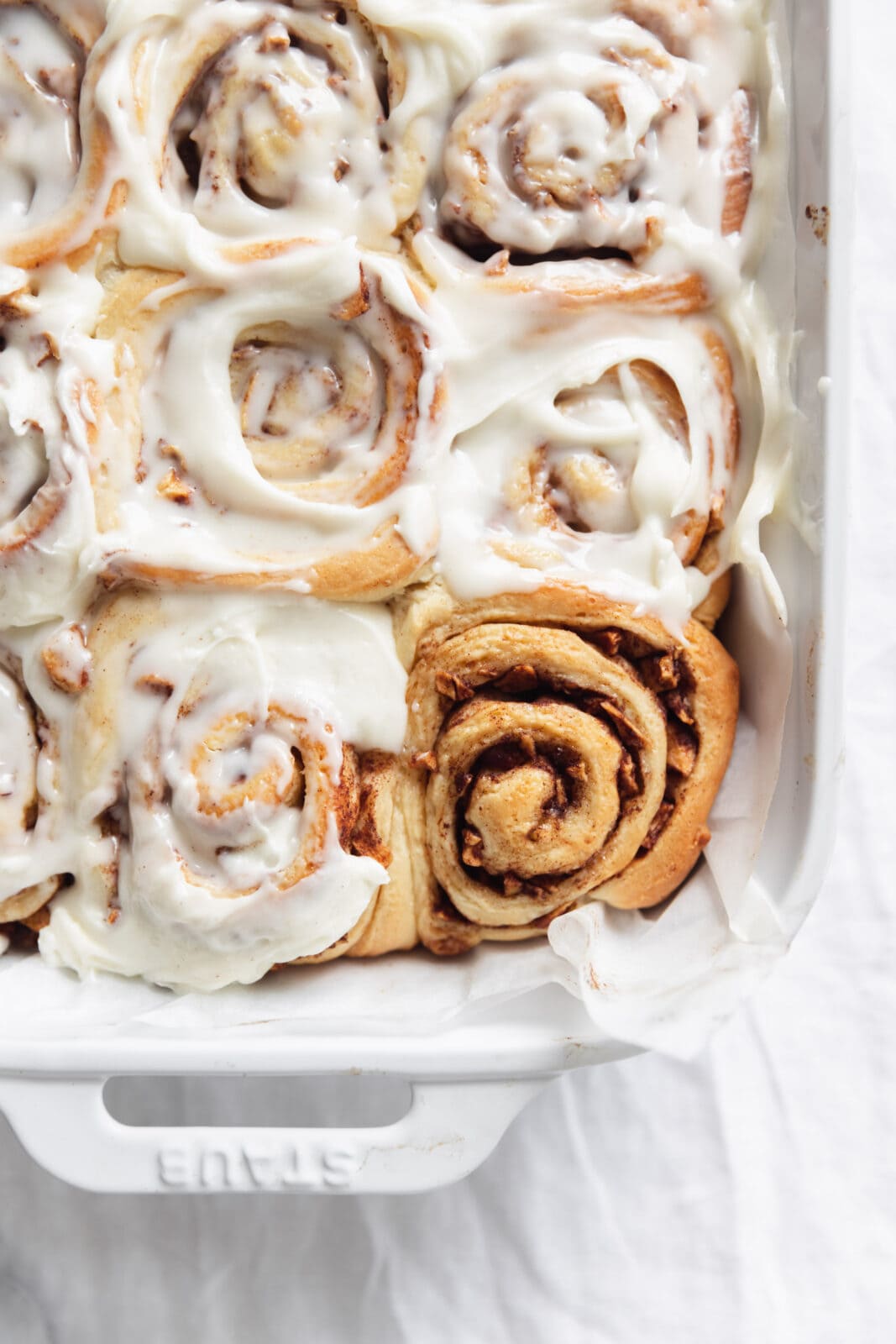 Add a little extra fall spice and in-season apples to your classic cinnamon roll filling and you’ll have yourself the perfect apple cinnamon roll. Simply load the cinnamon sugar filling up with classic apple pie spices like ground ginger, nutmeg and cloves. and juicy fresh apples. The result is a perfectly spiced way to start the day 🙂 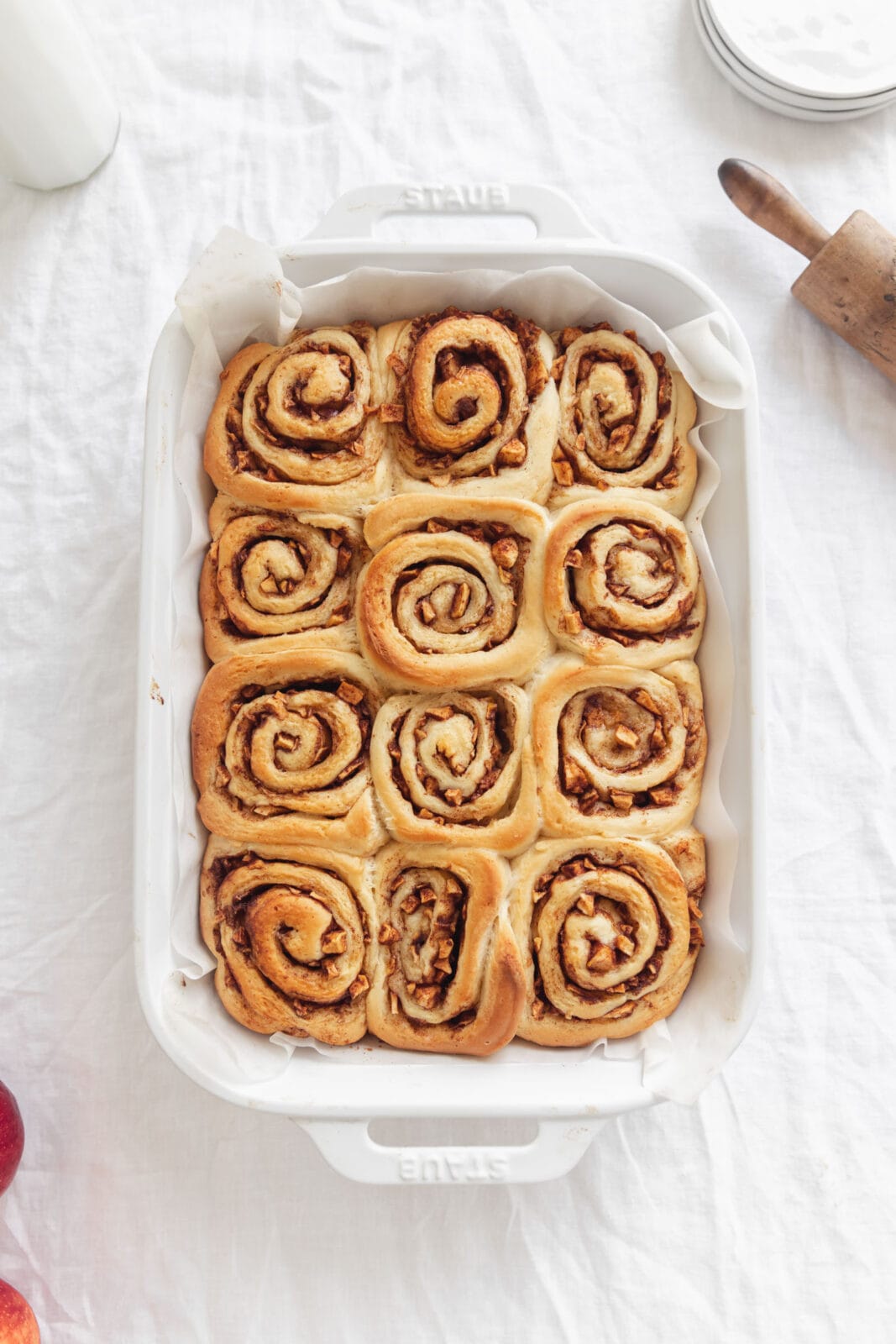 What kind of apples should you use to make these apple cinnamon rolls?

You can make these apple cinnamon rolls with pretty much any kind of apple, but of course we have our favorites. For a tarter flavor, Granny Smith apples are great because they hold their shape and maintain a little crunch even when baked. If you prefer a sweeter apple, Pink Lady, Gala, and Honey Crisp are some of our favorites! We don’t recommend McIntosh apples (even though they are delicious for eating), because they tend to break down quickly when cooked! 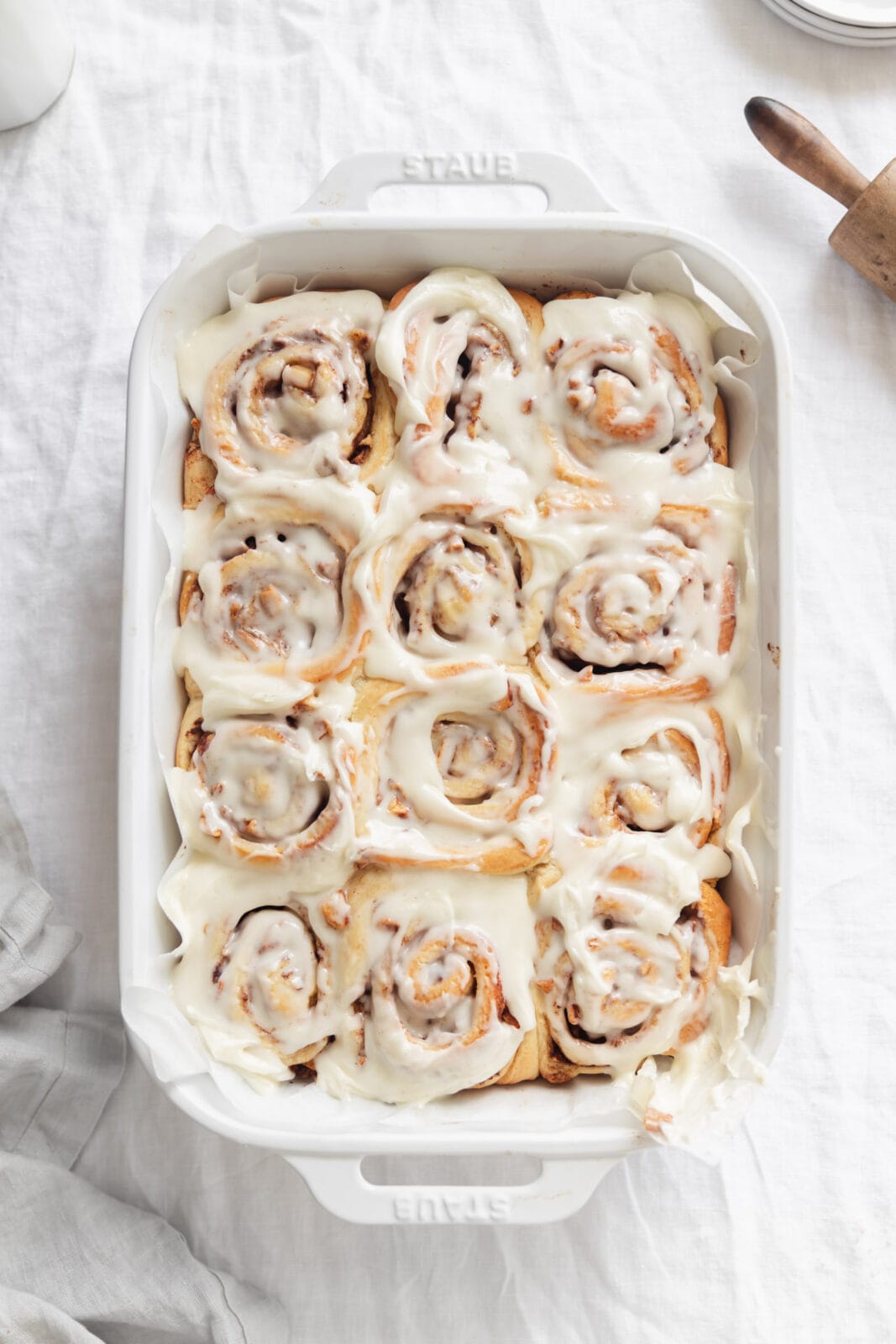