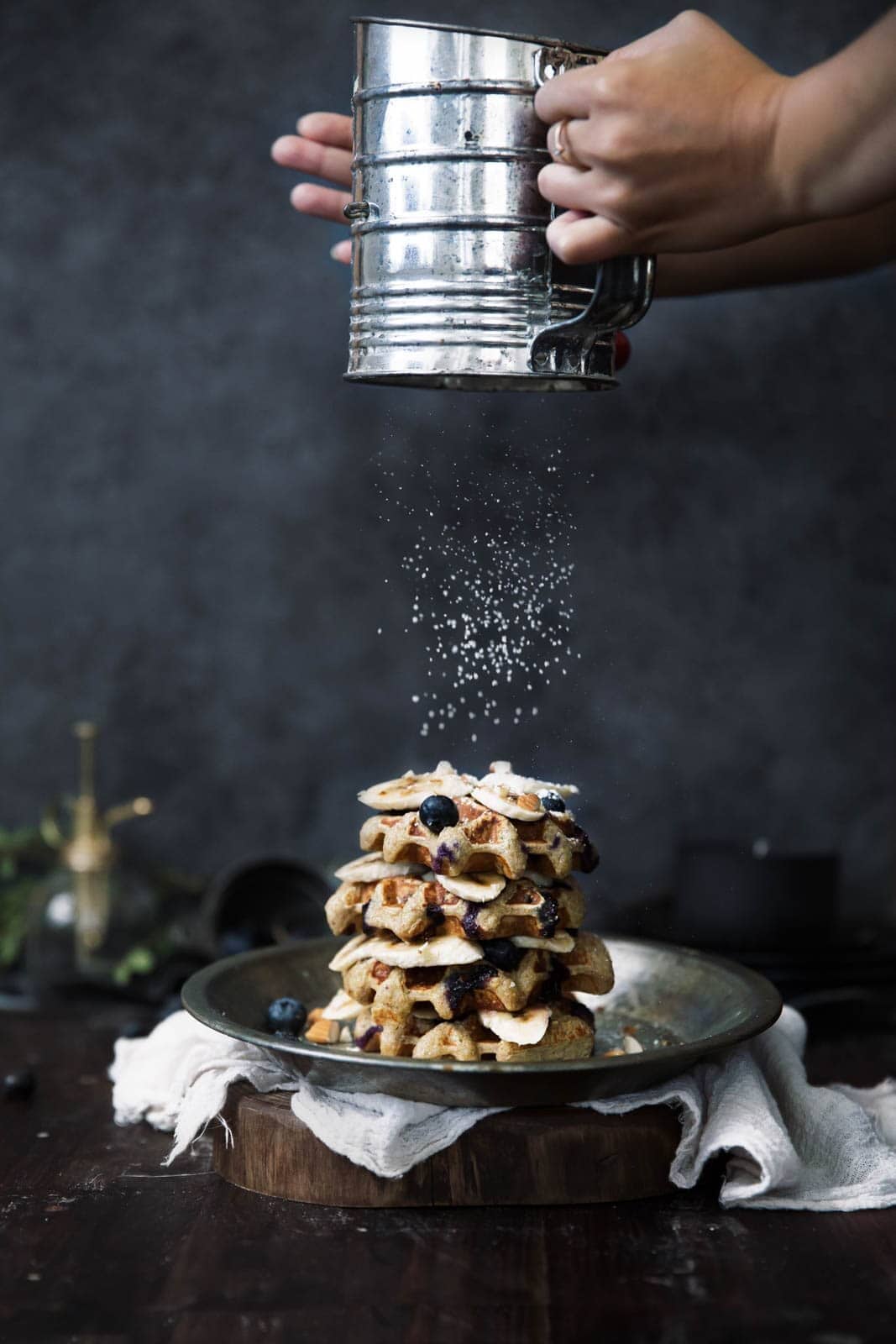 Happy Monday, loves! This may be my favorite Broma shoot to date, and not to toot my own horn, but 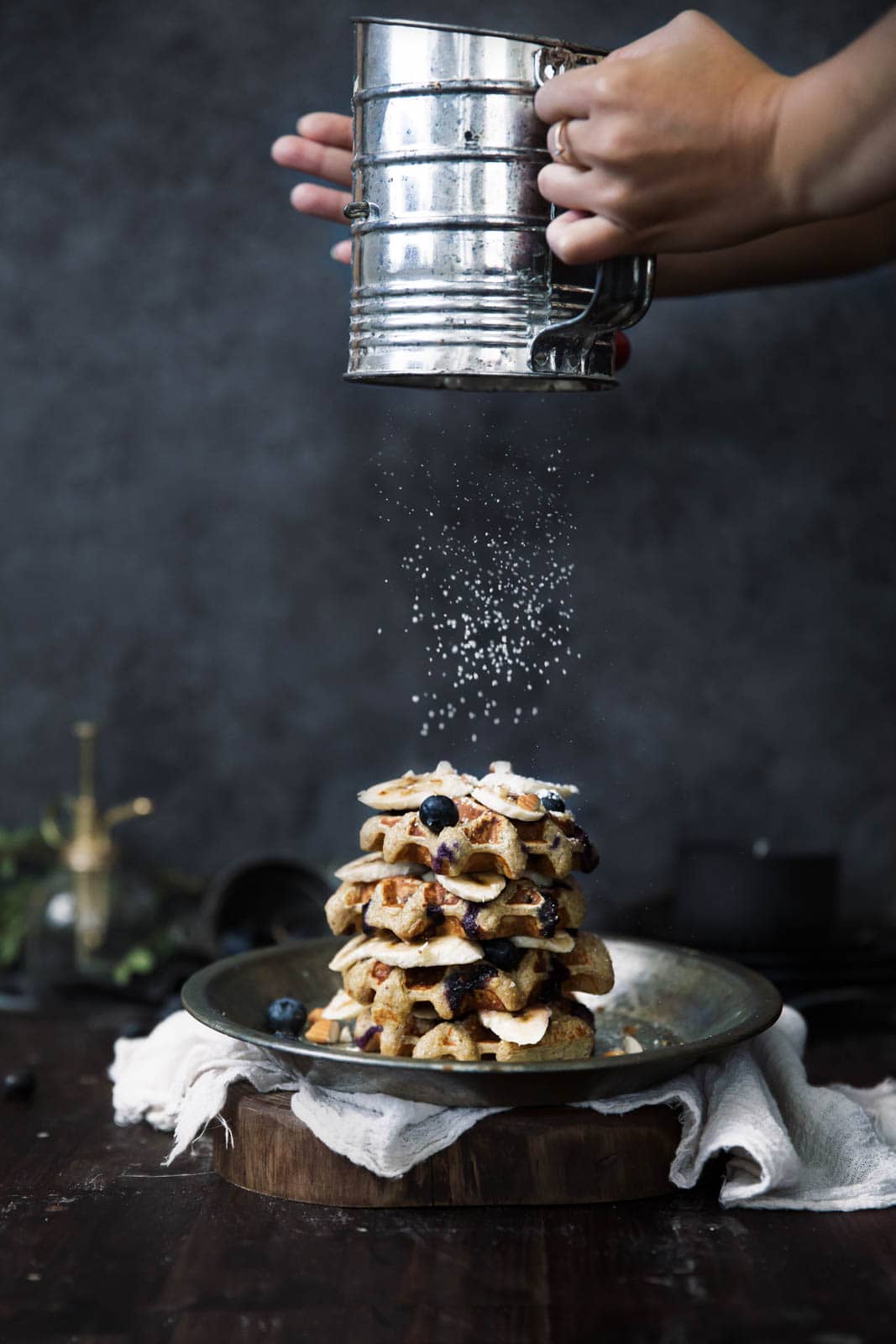 This may be my favorite Broma shoot to date, and not to toot my own horn, but I’m obsessed with how these Blueberry Banana Gluten-Free Waffles turned out.

That drip though. Ooh baby.

I’ve been really into oat flour recently. And if you’re wondering what oat flour is, it’s exactly what it sounds like: flour made from oats. You can easily make it yourself in a blender or food processor (more on that in a bit). It makes for a seriously fluffy waffle, packing in more moisture than a traditional white flour. It also doesn’t leave you feeling bloated, like some waffles with regular flour can. I served these to Alex and a friend, and they agreed.

Like seriously I just want to photograph these oat flour waffles (and then eat them) over and over again. Best weekend breakfast ever. 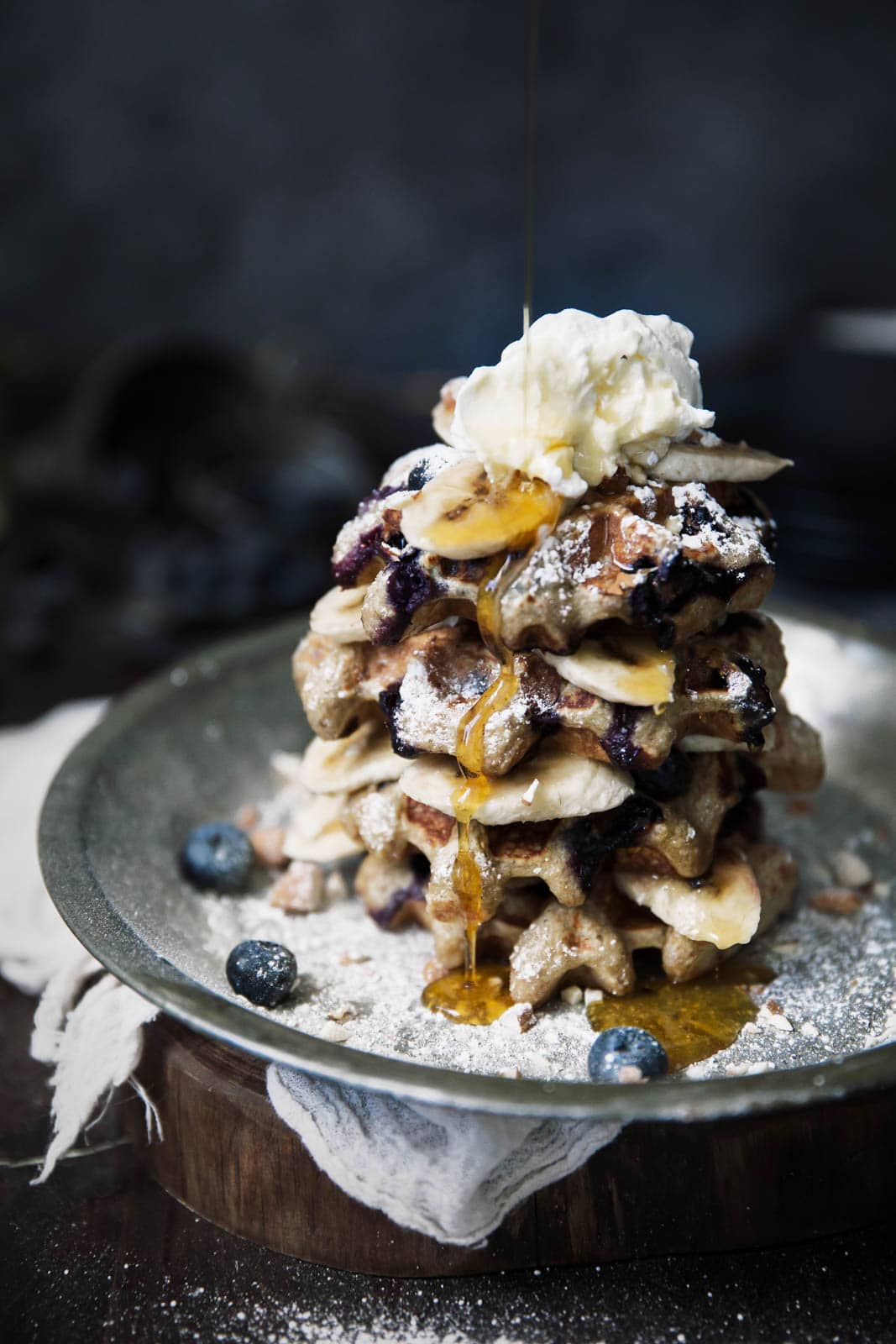 How to make homemade oat flour

Like I said, making your own oat flour is insanely easy. To make oat flour, just throw some old-fashioned oats (NOT instant or steel cut) into a high powdered blender or food processor, and then blend until the oats are a fine powder. Keep in mind that you’ll need more oats than the amount of oat flour needed in the recipe. (So even though this recipe calls for 2 cups of oat flour, you’ll need more than 2 cups of oats to make enough flour. Does that make sense??).

Oat flour is shelf stable, so you can make a bunch of it to have on hand for whenever these oat flour waffles tickle your fancy.

How to freeze waffles

When you’re ready to eat your frozen waffles, throw them into the toaster or a warm oven until they’re heated through. Crazy easy, yeah? 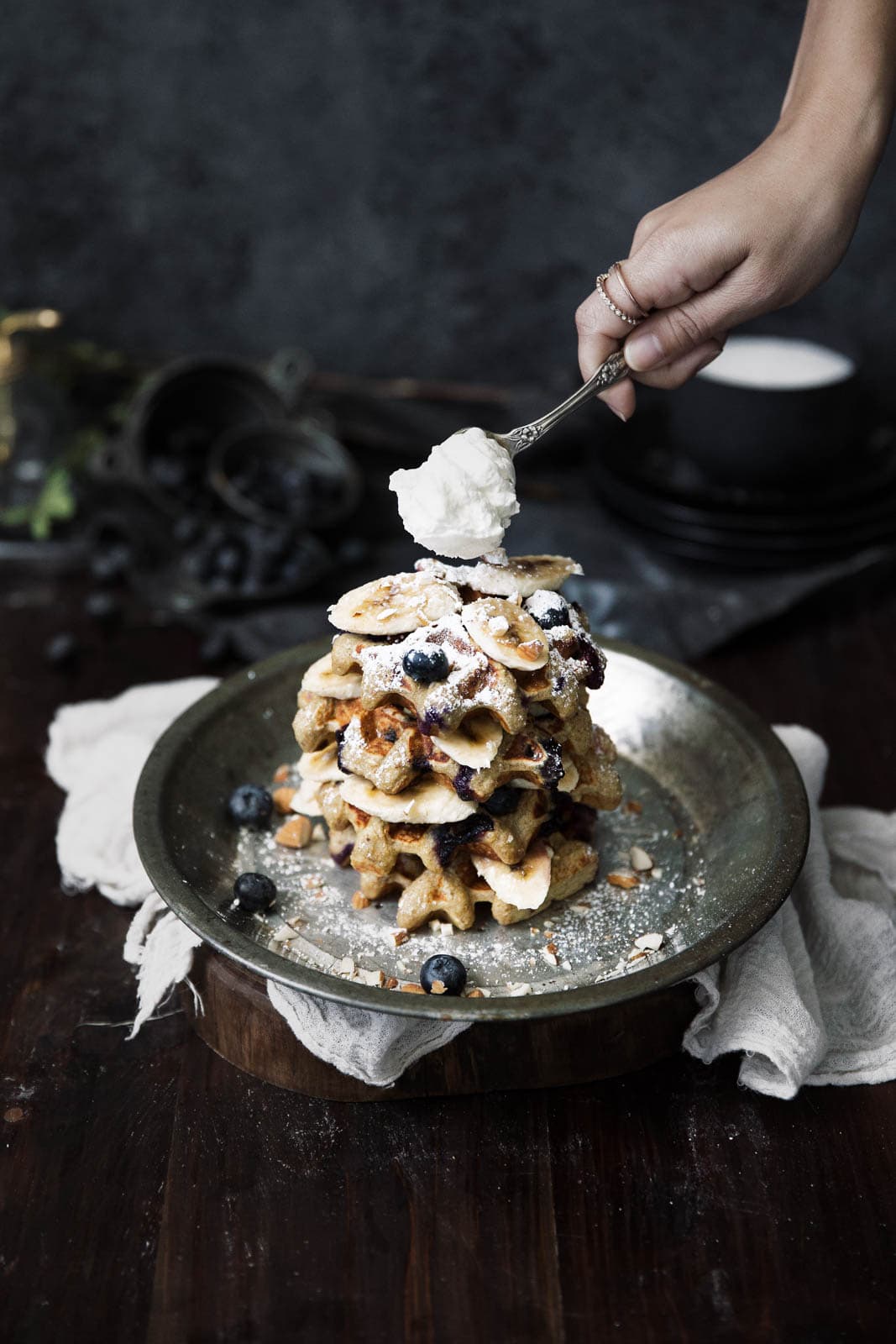 To serve these blueberry waffles, I topped them with banana slices (because extra fruit is always a good idea at breakfast!),  added a dollop of whipped cream, and a drizzle of pure maple syrup. You could also make these waffles sans blueberries, and instead cook the blueberries down to make a compote of sorts. Or you could swap out the bluebs for another berry. The options are endless!

What are you waiting for? GO MAKE THESE GLUTEN-FREE WAFFLES!