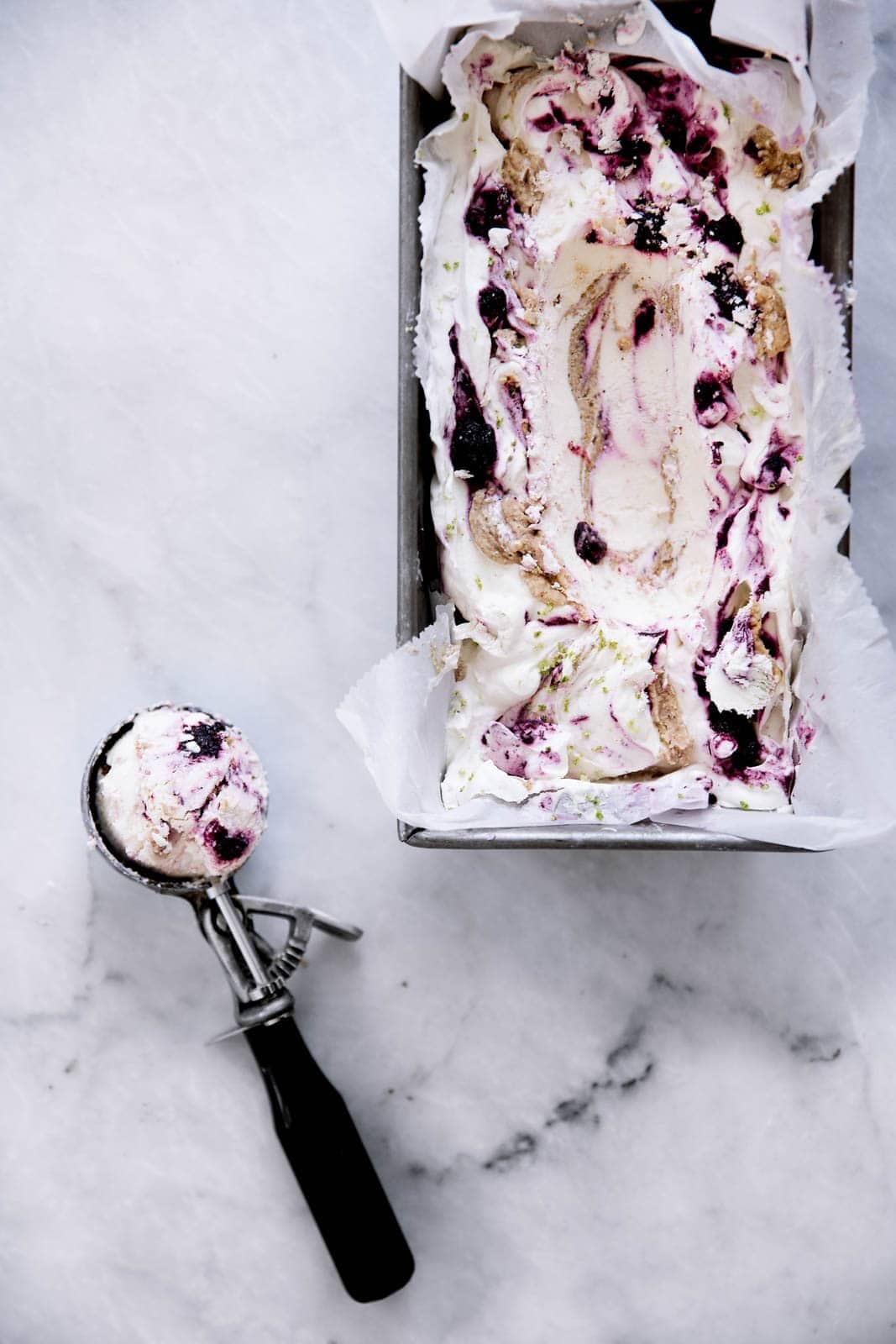 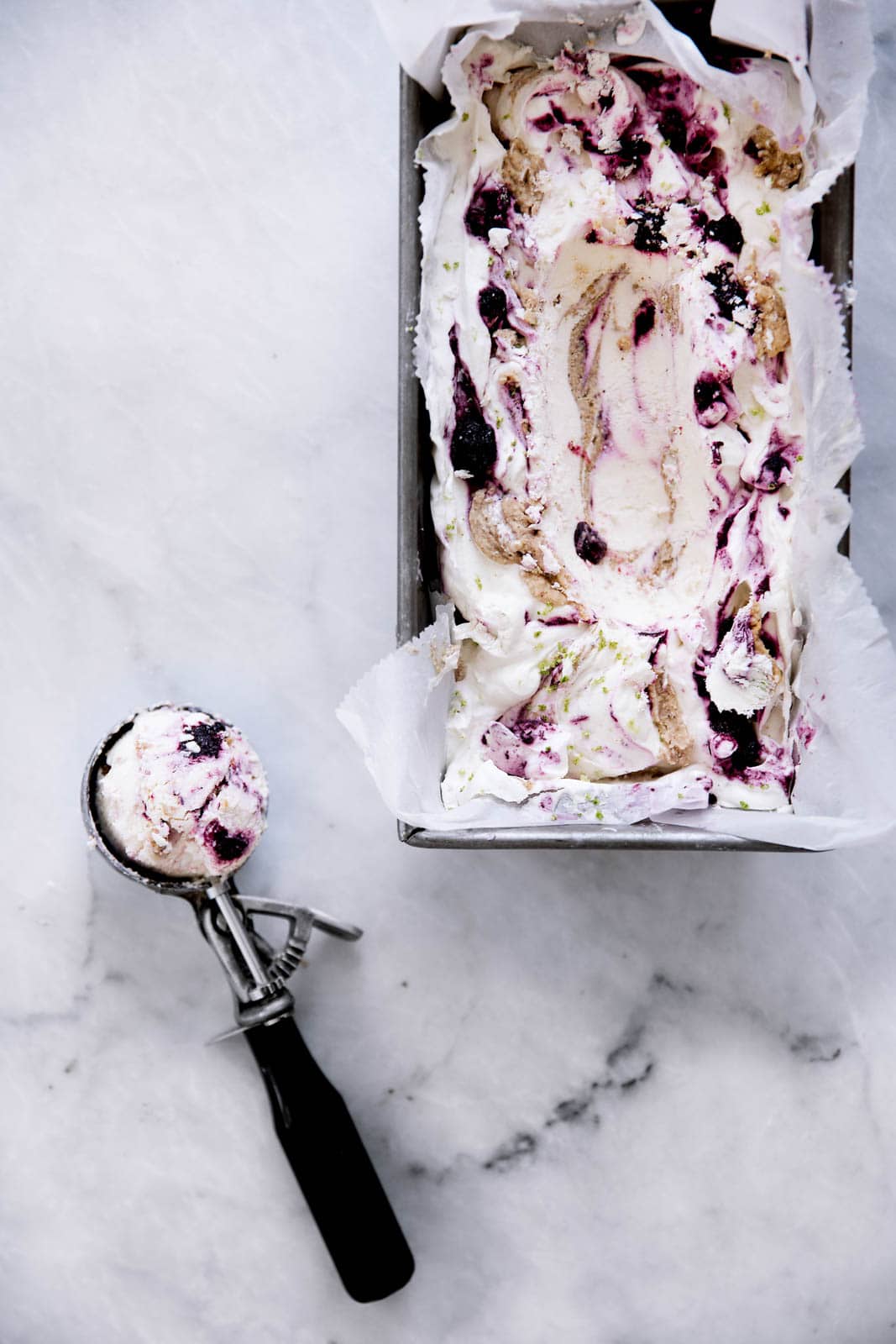 I’m at the dining room table of my grandmother’s summer home in Nova Scotia. We’re snacking on pickled herring, crackers, and leftover baked goods from the island coffee house that’s hosted every Wednesday down the road. Noni, my grandmother, hasn’t stopped talking about this Raspberry Cookies and Cream Ice Cream. She’s made it two times already, and is currently pulling out the hand mixer to make it a third time.

Just now she’s telling me about her “dessert martini” made with Bailey’s, Kahlua, vanilla vodka, and Godiva chocolate liqueur. Apparently it paired wonderfully with my ice cream as an after dinner treat.

While this lime blueberry cheesecake ice cream recipe has neither raspberries nor Bailey’s in it, it does have the most wonderful blueberry lime swirl. I got the inspiration from a dessert I had recently at Selden Standard, a restaurant near our place in Detroit. Though we had eaten more than we probably should’ve at dinner (this place is amaaaaze), Alex and I couldn’t help but devour it all.

So of course, I had to make my own version. And it’s pretty damn good. Even better, it’s a no-churn ice cream recipe, meaning you don’t need an ice cream machine to make it! I asked Noni if she thinks this will give my Raspberry Cookies and Cream Ice Cream a run for it’s money. She says “definitely.” 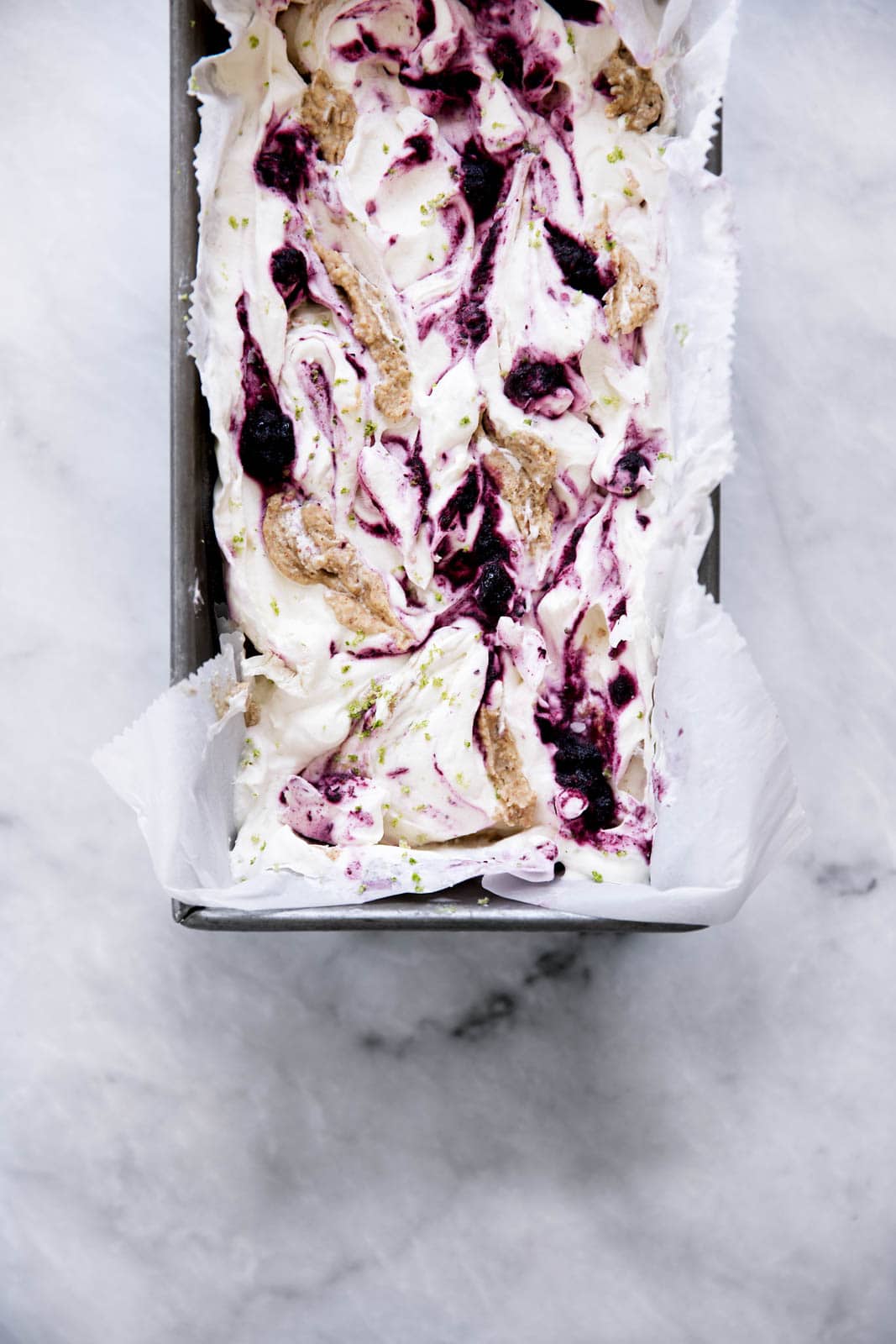 How to make no-churn ice cream

No-churn ice cream is crazy easy to make, but it’s best if you have an electric or stand mixer on hand to speed up the process. To make this lime blueberry cheesecake ice cream, you simply have to:

Make the blueberry swirl — The blueberry swirl running throughout this bomb cheesecake ice cream is simply fresh blueberries that have been cooked down with some lime zest and brown sugar. It needs 15 or so minutes to cook down fully and should be set aside to cool completely before being swirled into the ice cream.

Make the cheesecake ice cream base — To make the lime blueberry cheesecake ice cream, you first need to whip the heavy cream until stiff peaks form (it’s very important that you take the time to whip it up properly!). Once the cream is whipped, carefully fold in the rest of the ingredients, making sure not to knock too much air out of the cream. 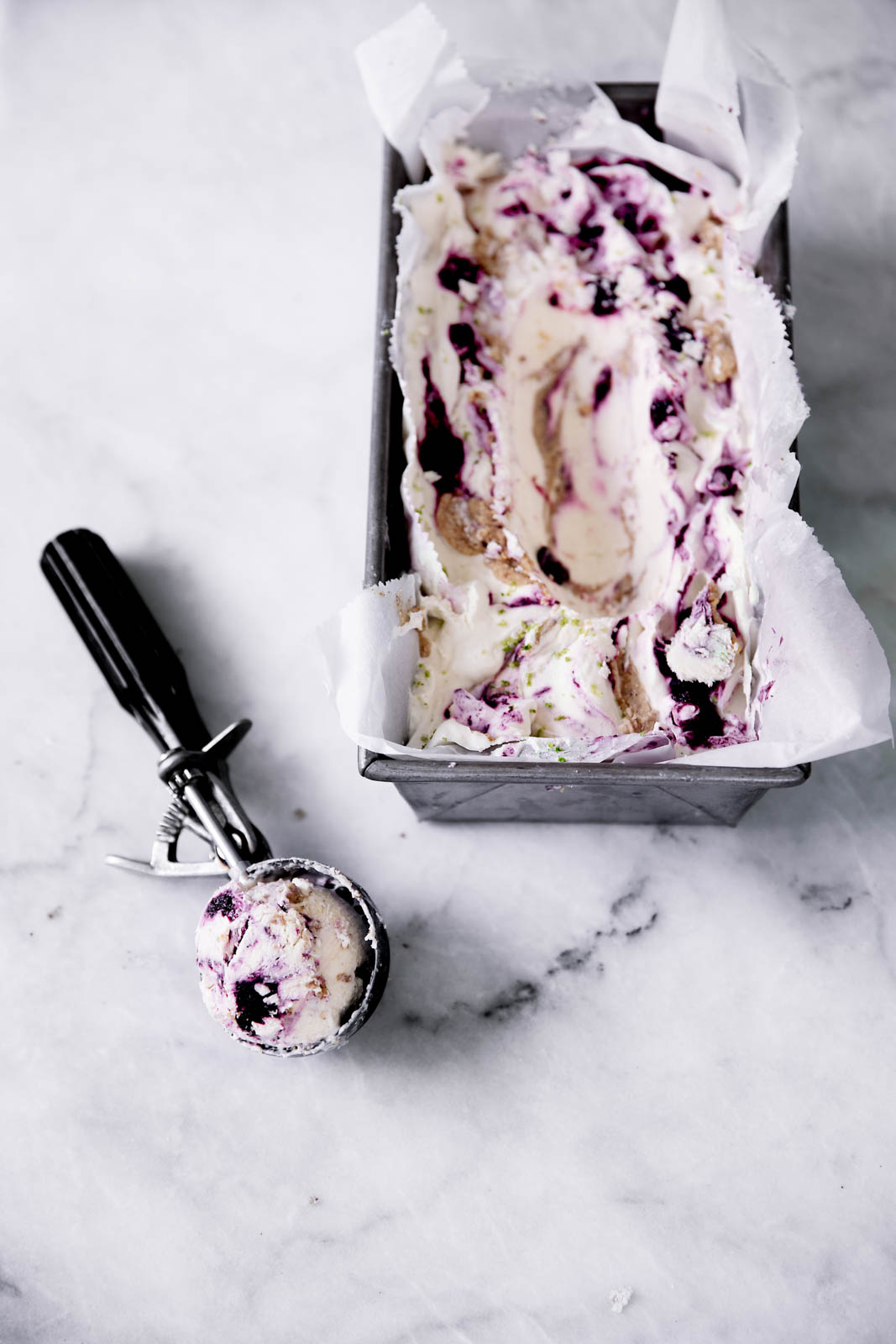 Let me know if you make this lime blueberry cheesecake ice cream, and tag me on Insta if you post a photo!

For the blueberry lime swirl