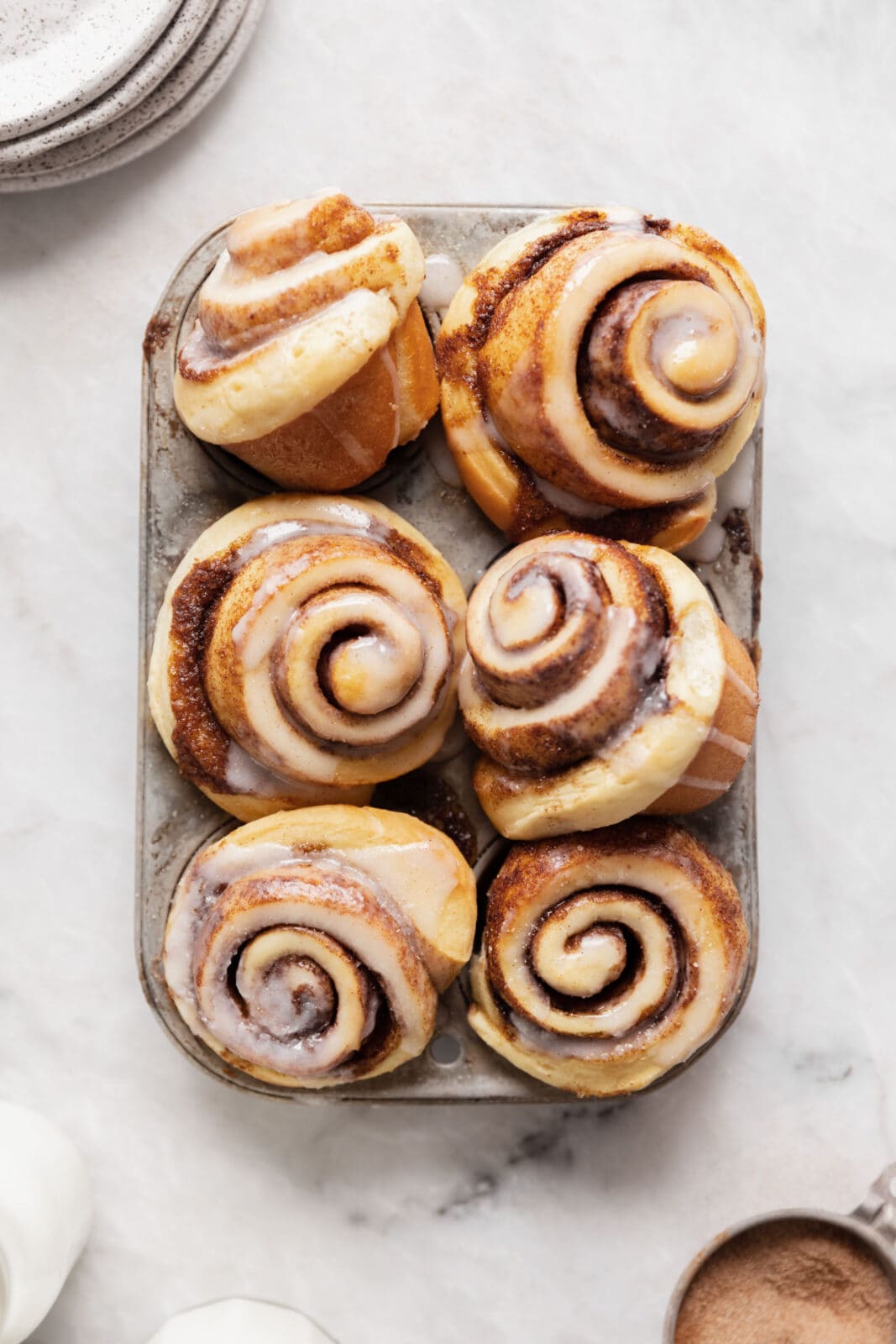 You’re looking at the perfect holiday brunch sweet to whip up this year. These pillowy soft cinnamon rolls muffins look worthy of a bakery, but come together with simple ingredients in no time to make your next brunch-y gathering a little sweeter. Plus, they’ll make your house smell amazing. 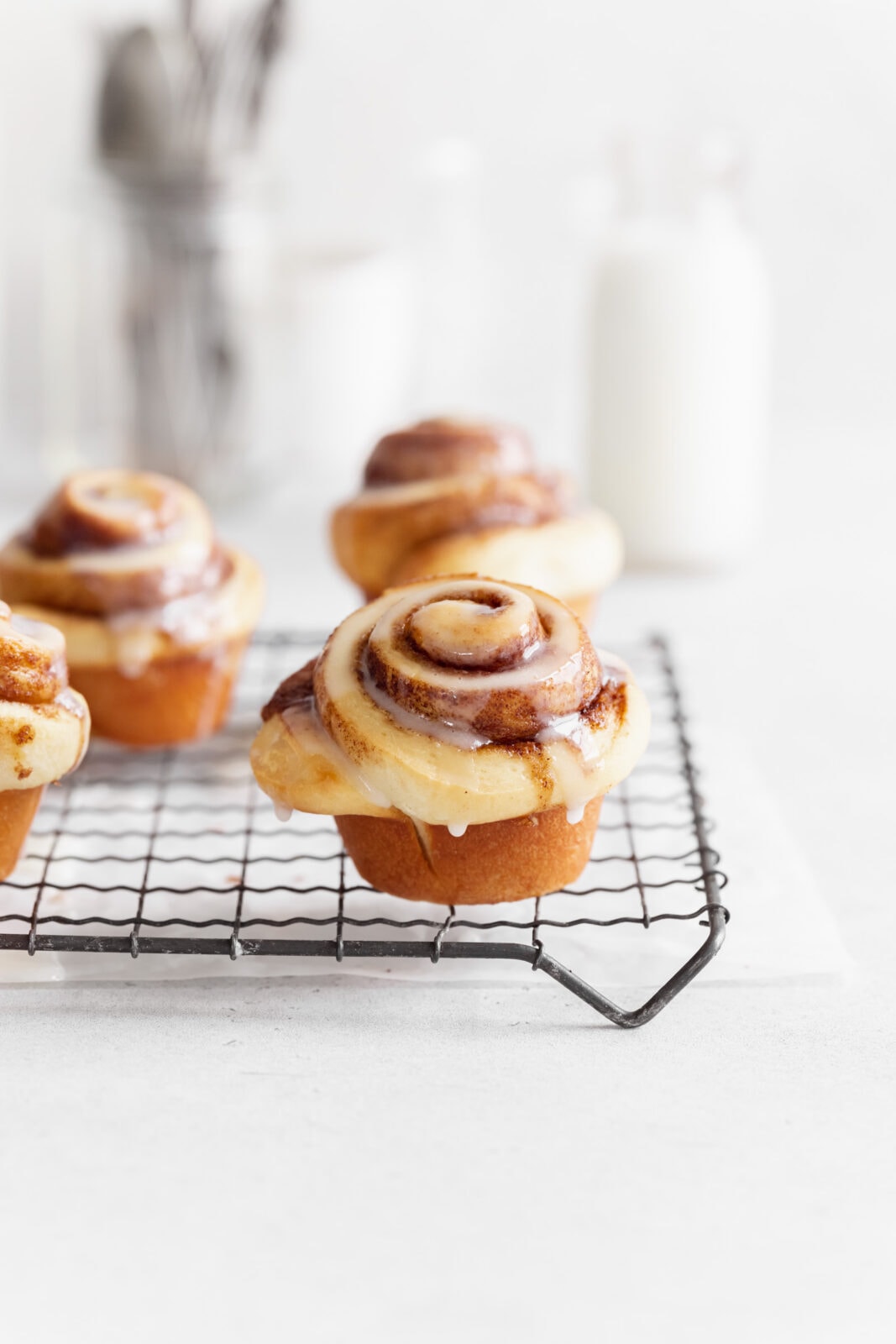 What are cinnamon roll muffins? 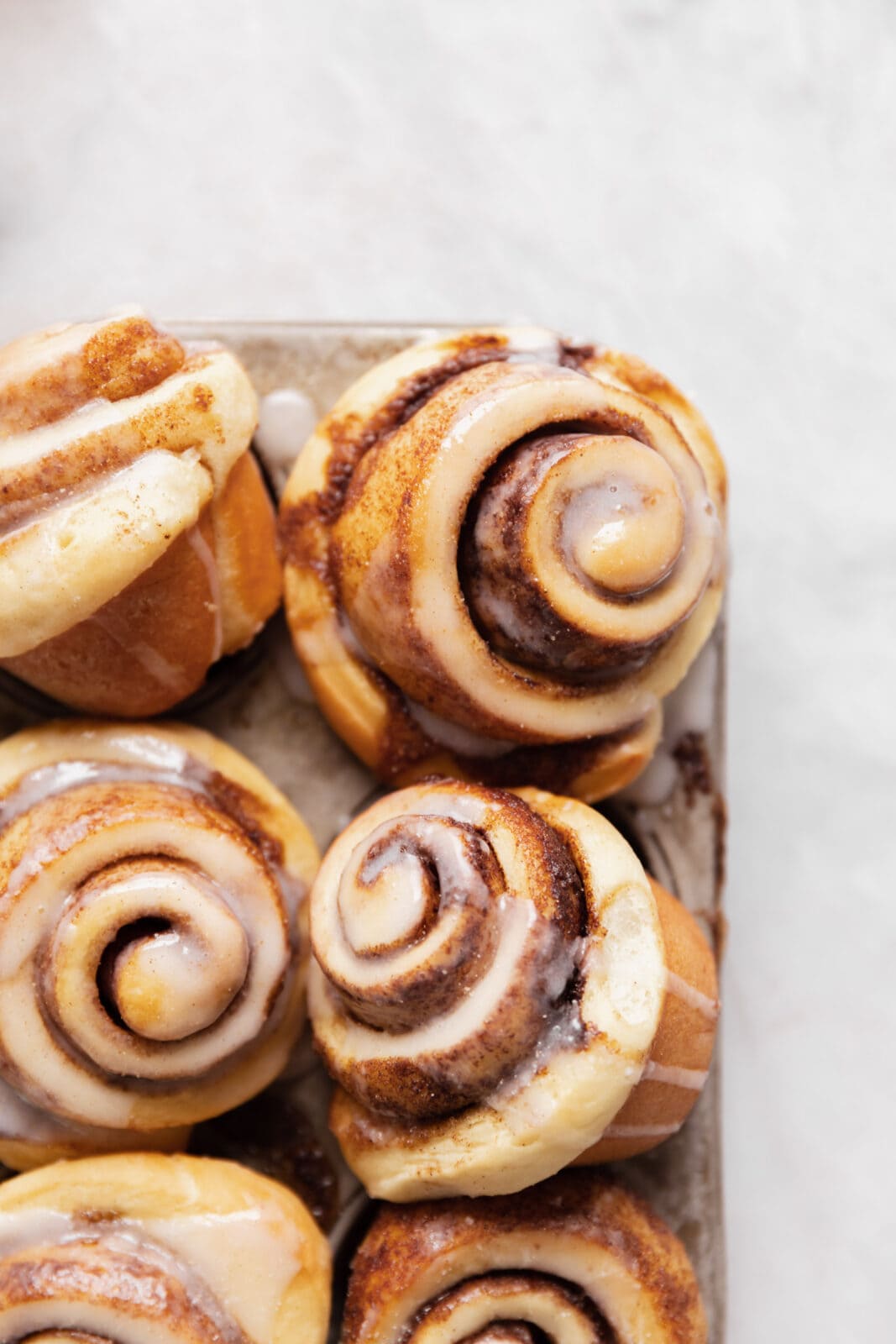 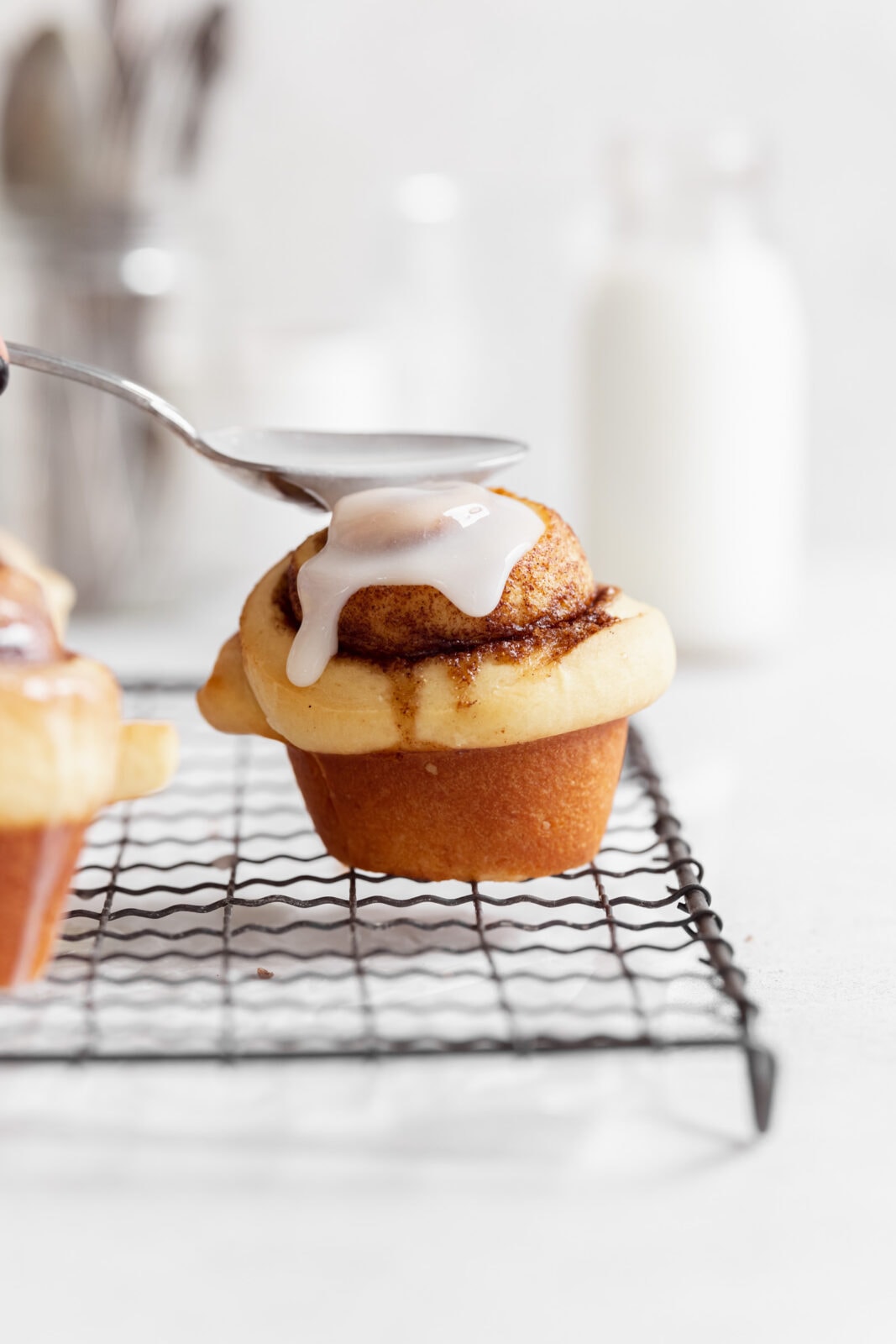 How to make cinnamon roll muffins ahead of time?

This is our number one question when it comes to homemade yeasted baked goods, and particularly with cinnamon rolls which you might not want to have to wake up at the crack of dawn to whip up on Christmas morning. Luckily you can make these bad boys the night before so you can roll out of bed, pop your rolls in the oven and start your day off on the perfect buttery note. Make the recipe as directed, but after cutting the rolls and placing them in your muffin tin, cover the muffin tin and place in the fridge to proof overnight. The cold fridge will slow the proof and the rolls will slowly rise all night long. In the morning, take the rolls out of the fridge and leave on the counter for a half hour to warm up before baking as directed! 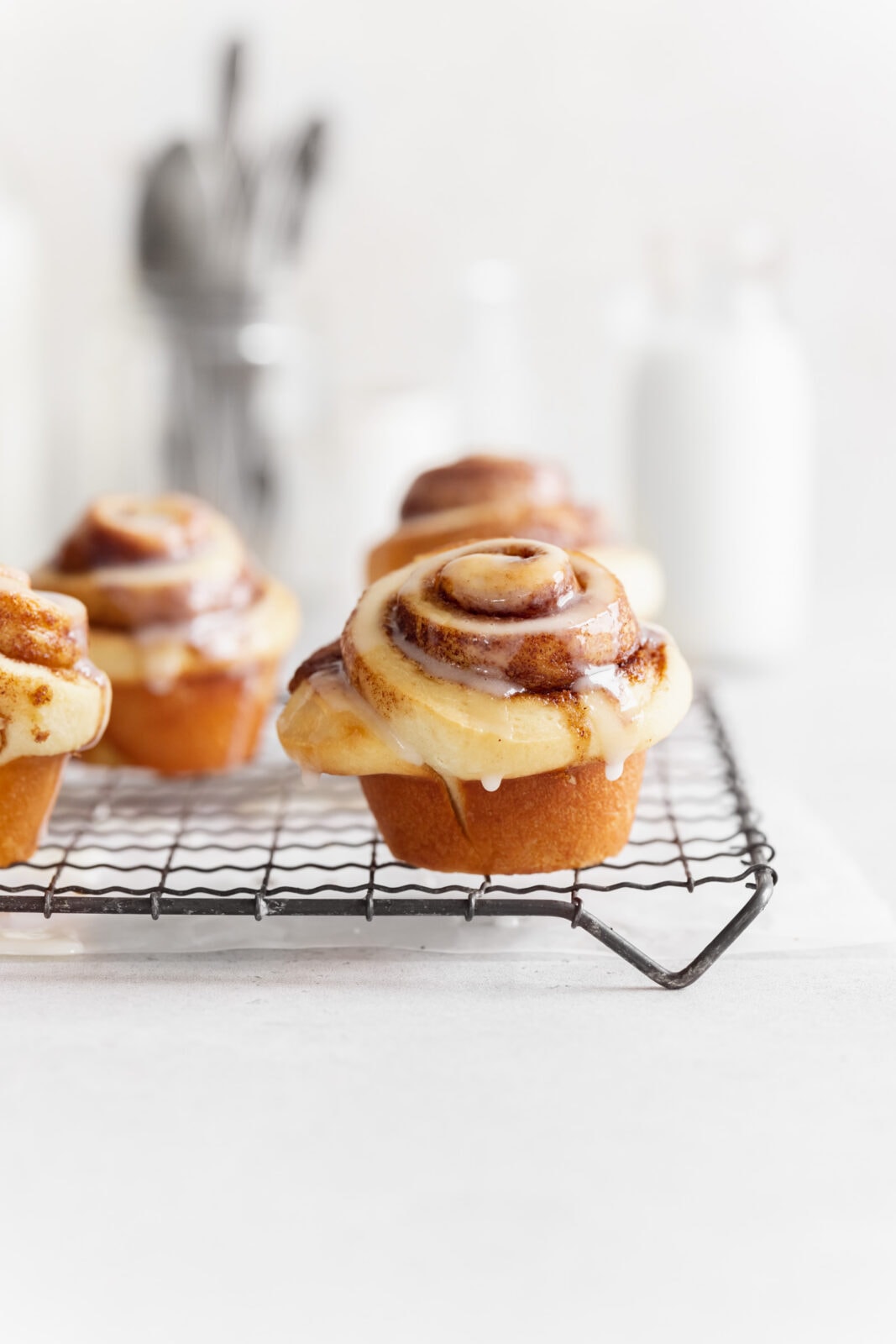 Can you freeze these cinnamon roll muffins?

YOU SURE CAN. Make the cinnamon rolls as directed and allow them to cool completely before freezing! If you know you’re going to freeze them, I recommend holding off on frosting because the icing can get a little funky when frozen and reheated. Place in a freezer safe, air-tight plastic bag or air-tight container and freeze for up to 3 months! When you’re ready to serve them, pop them in a 350°F until they’re heated all the way through! It will make your cinnamon rolls taste freshly baked if you frost them after heating them up! 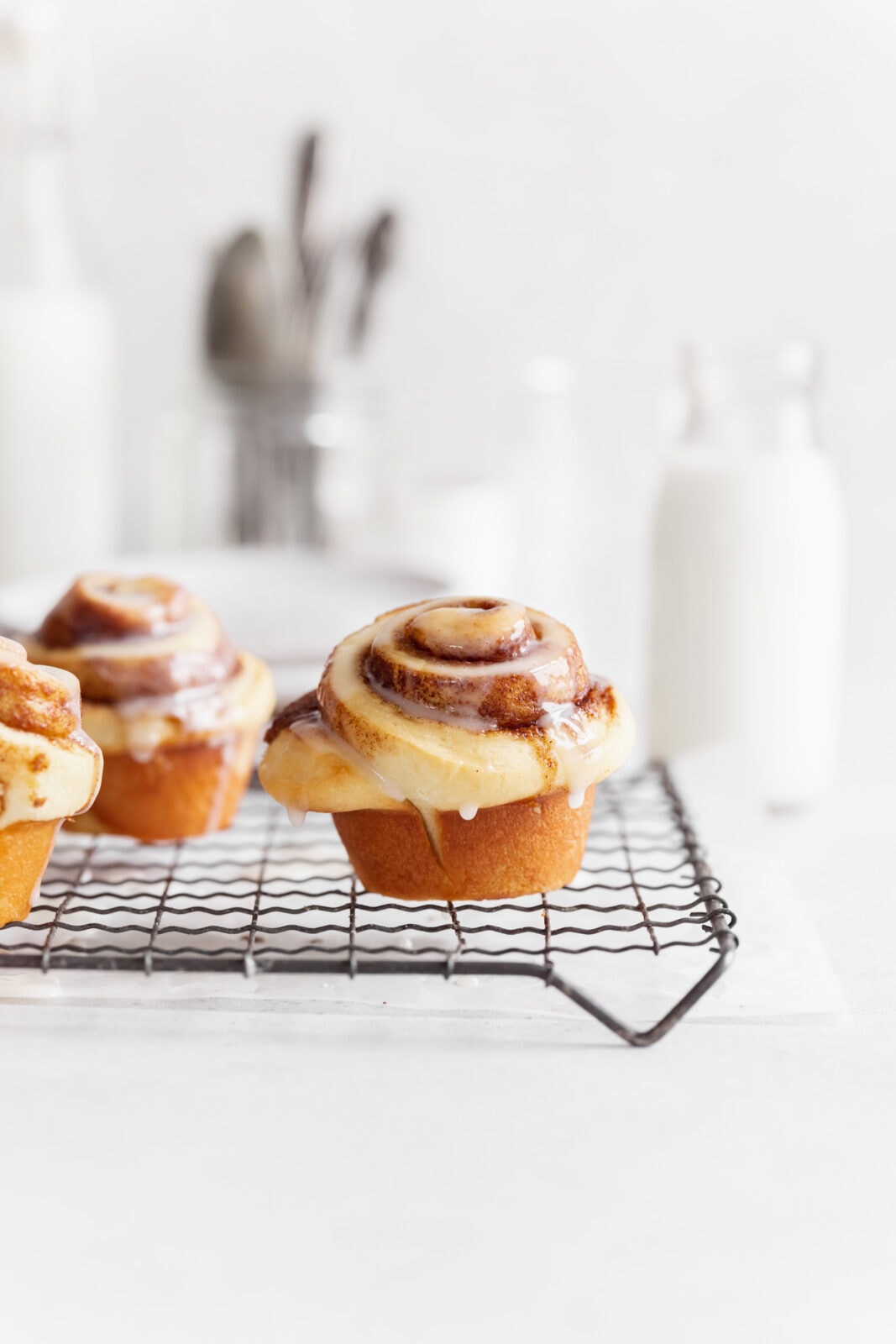 For the cream cheese glaze 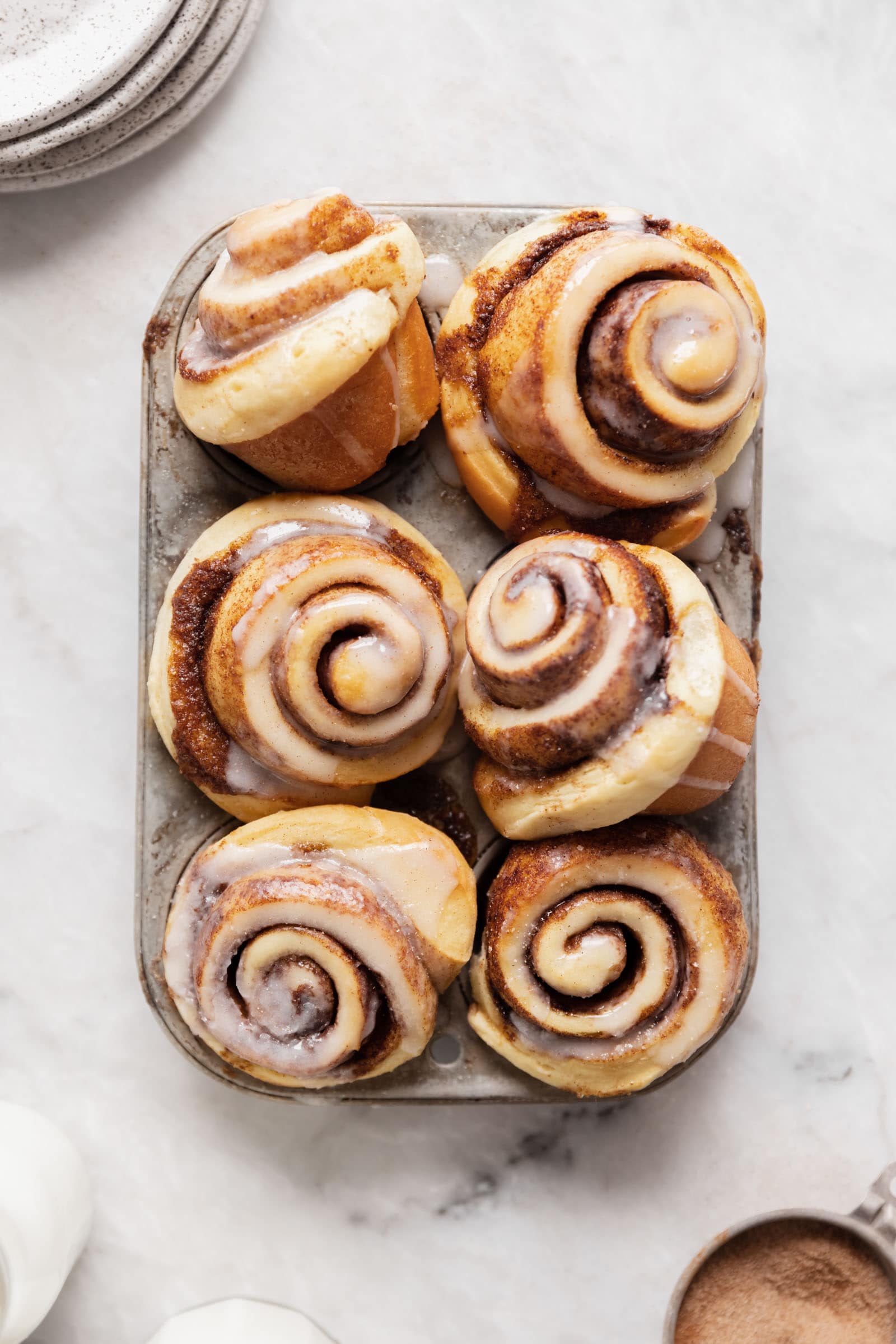