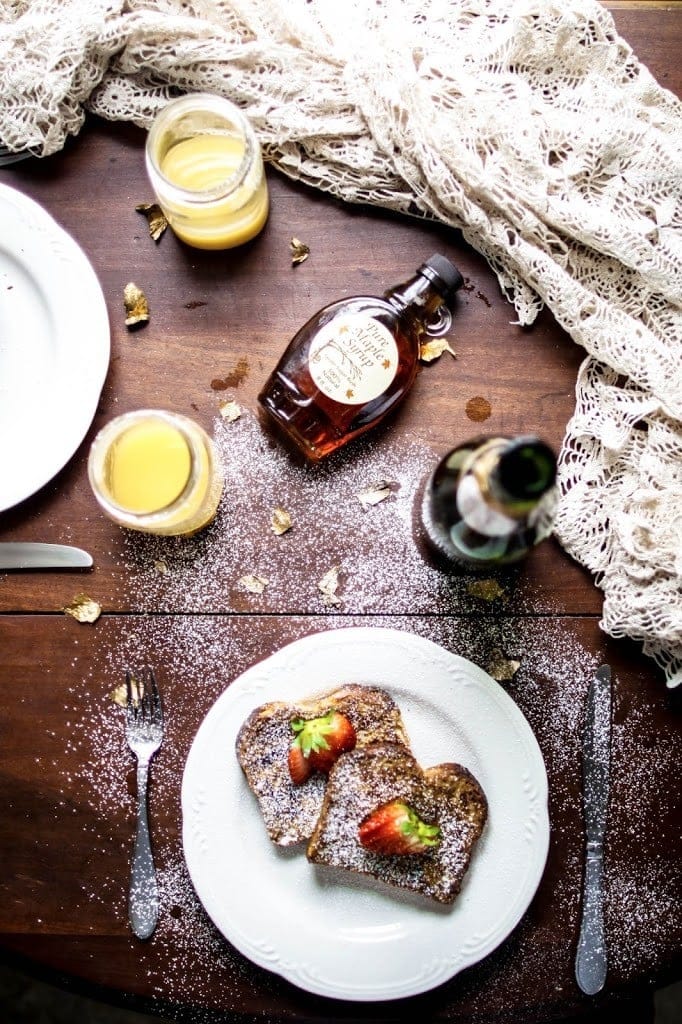 Friday morning. Friends Olivia and Sarah are hanging out in flannel robes in Olivia’s kitchen, sippin’ on mimosas and makin’ french 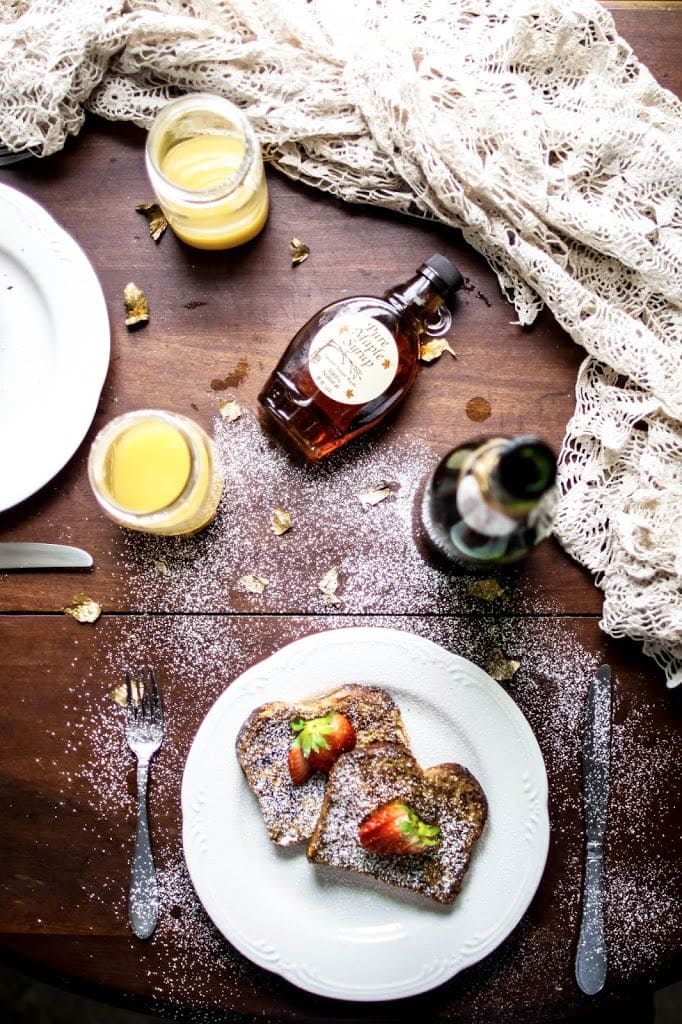 Friday morning. Friends Olivia and Sarah are hanging out in flannel robes in Olivia’s kitchen, sippin’ on mimosas and makin’ french toast. This unlikely pair met over a mutual love for R&B songs and home-cooked food (this made them realize they were not so different after all). Pastimes include: coffee dates turned into exploring festivals on Governors Island, mid-afternoon w(h)ine breaks, and making up lies as to how we met (because we definitely didn’t meet in this a cappella group). Yes, fine, that is how we met, and I’m not ashamed of it.

What is twice-cooked french toast?

In case you’re scratching your head at the notion of twice-cooked french toast, let me explain it for you. Essentially, twice cooked french toast is baked french toast that’s been fried in a skillet first. I know it seems like you’re dirtying extra dishes unnecessarily, but trust me, it’s SO GOOD. Frying the challah french toast first in a buttered skillet makes the outside slightly crispy and sturdy, and following it up with a few minutes in the oven ensures that the french toast is cooked throughout. You wind up with the most pillowy french toast that can withstand lots of toppings.

Use day-old challah — The foundation of any great french toast is slightly stale bread. If you use fresh challah, it’s likely to fall apart when you soak it in the batter. If you don’t have challah, another soft but sturdy bread will do.

Let the batter rest — Once you’ve prepped the cinnamon batter, let it rest on your counter for a good 30 minutes before dunking the challah bread into it. This gives all the flavors time to come together and is worth the wait.

Top off the cinnamon, as needed — You may need to sprinkle a little more cinnamon into the french toast batter as you begin dunking the bread slices into it. You want a good amount of cinnamon in there at all times, so don’t be afraid to add in more as you go along!

Really soak the bread in batter — Let the challah slices soak for 20 seconds on each side in the batter. You don’t want the bread to get too soggy, but you definitely need to give it time to soak up all that cinnamon-y goodness.

Slightly brown the butter — Once you’ve dunked the challah bread into the batter, heat the butter on a skillet until it starts to turn light brown. This will add a slight nuttiness to the challah french toast and will make your whole breakfast even more flavorful. 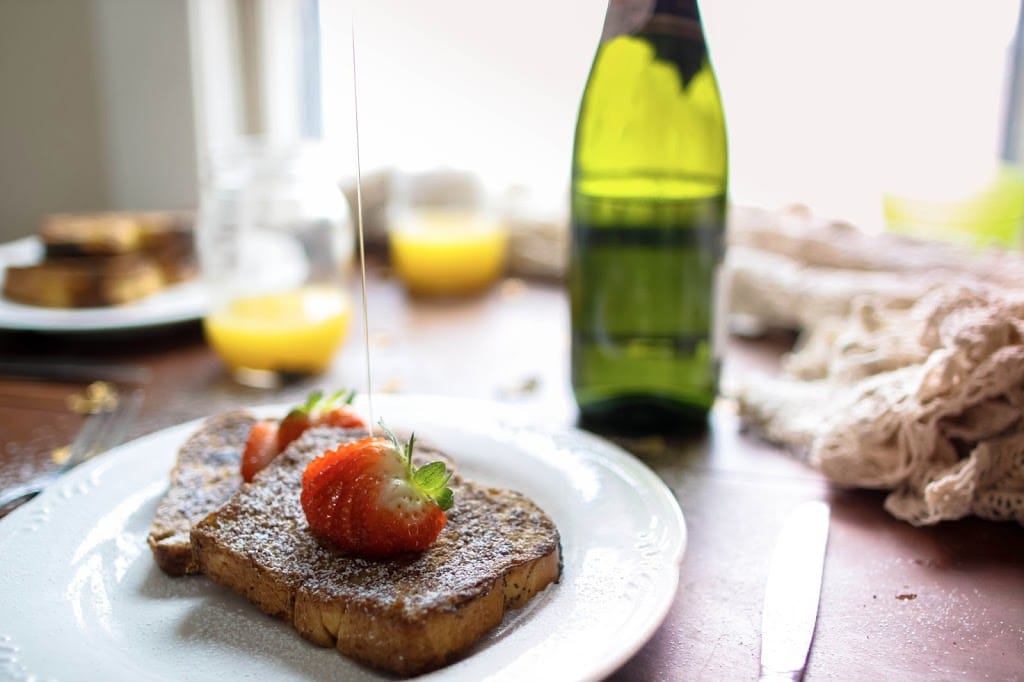 How to serve challah french toast

This challah french toast is best eaten right away with a dusting of powdered sugar and a healthy drizzle of real maple syrup. Fresh fruit slices would be perfect on top as well, as would whipped cream. Honestly, if you’re taking the time to make homemade french toast for yourself, you might as well go all out with the toppings!

If you have any questions about this challah french toast, leave me a comment below!

This challah french toast is first fried in a buttered skillet then baked in the oven. It’s the ultimate weekend breakfast or brunch, and is so easy!

Almond Bostock (Aka the Beyonce of french toast) 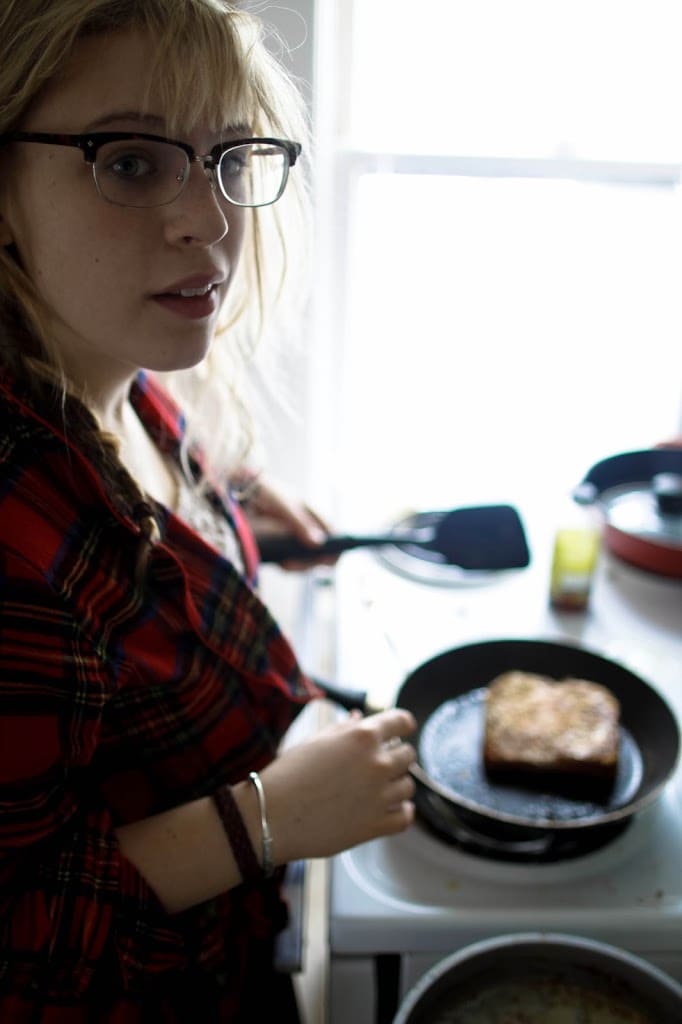