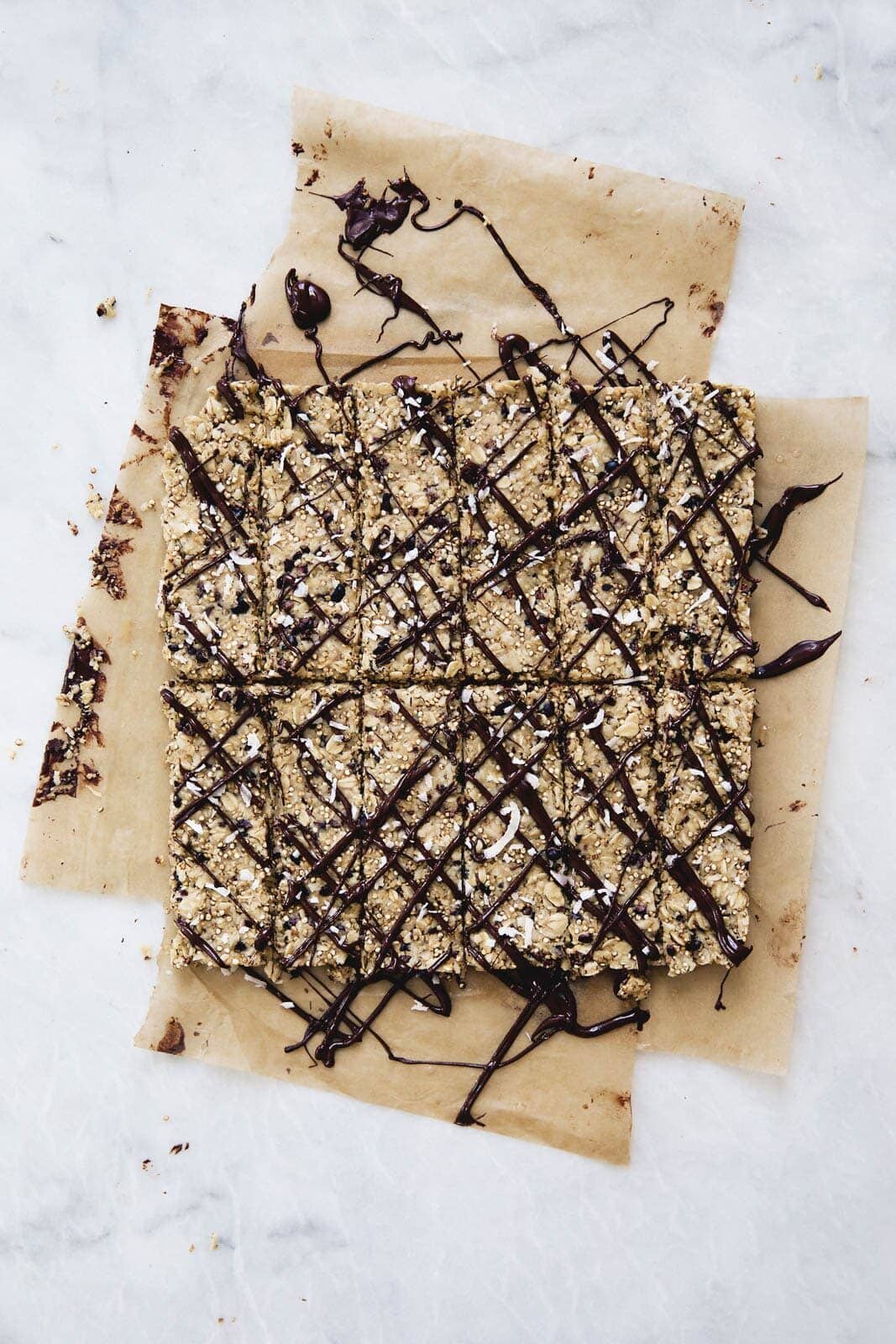 Raw, vegan, refined sugar free, and yet somehow still tasting like dessert, these raw tahini granola bars are THE next best

Raw, vegan, refined sugar free, and yet somehow still tasting like dessert, these raw tahini granola bars are THE next best thing! 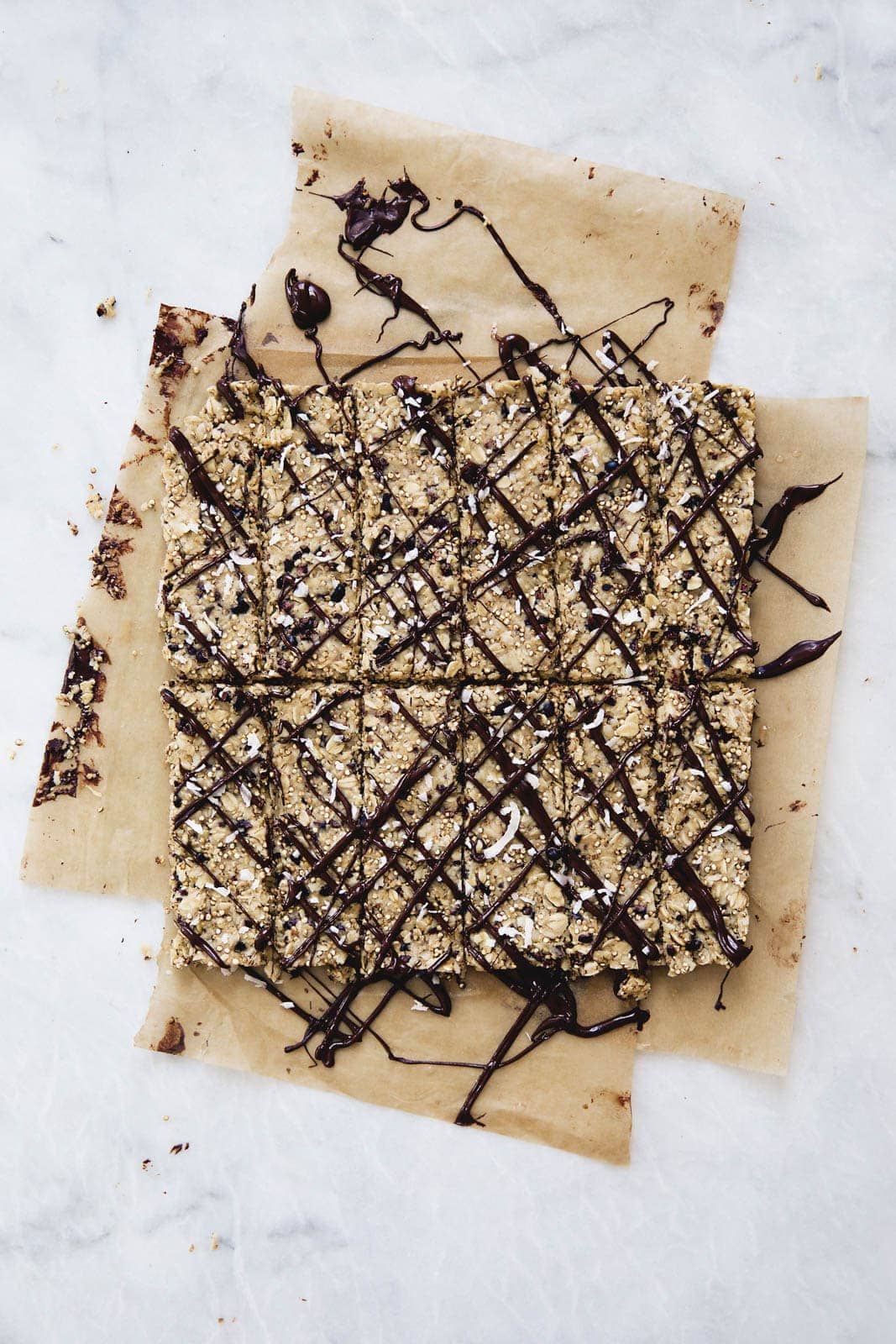 Tahini is the much lesser known second cousin, once removed to Peanut Butter.

At family reunions, while everyone stands in a circle around Peanut butter wanting to know how the star of the Nut family is, Tahini sits near the edge of the party on a lawn chair, alone but content. He know’s he’s just as cool as PB. It’s just that no one else knows it… yet.

Sometimes I’m in a weird story mood. This is one of those times.

What is Tahini? It’s a nut butter made from sesame seeds. It tastes remarkably similar to, though more delicate than, peanut butter. 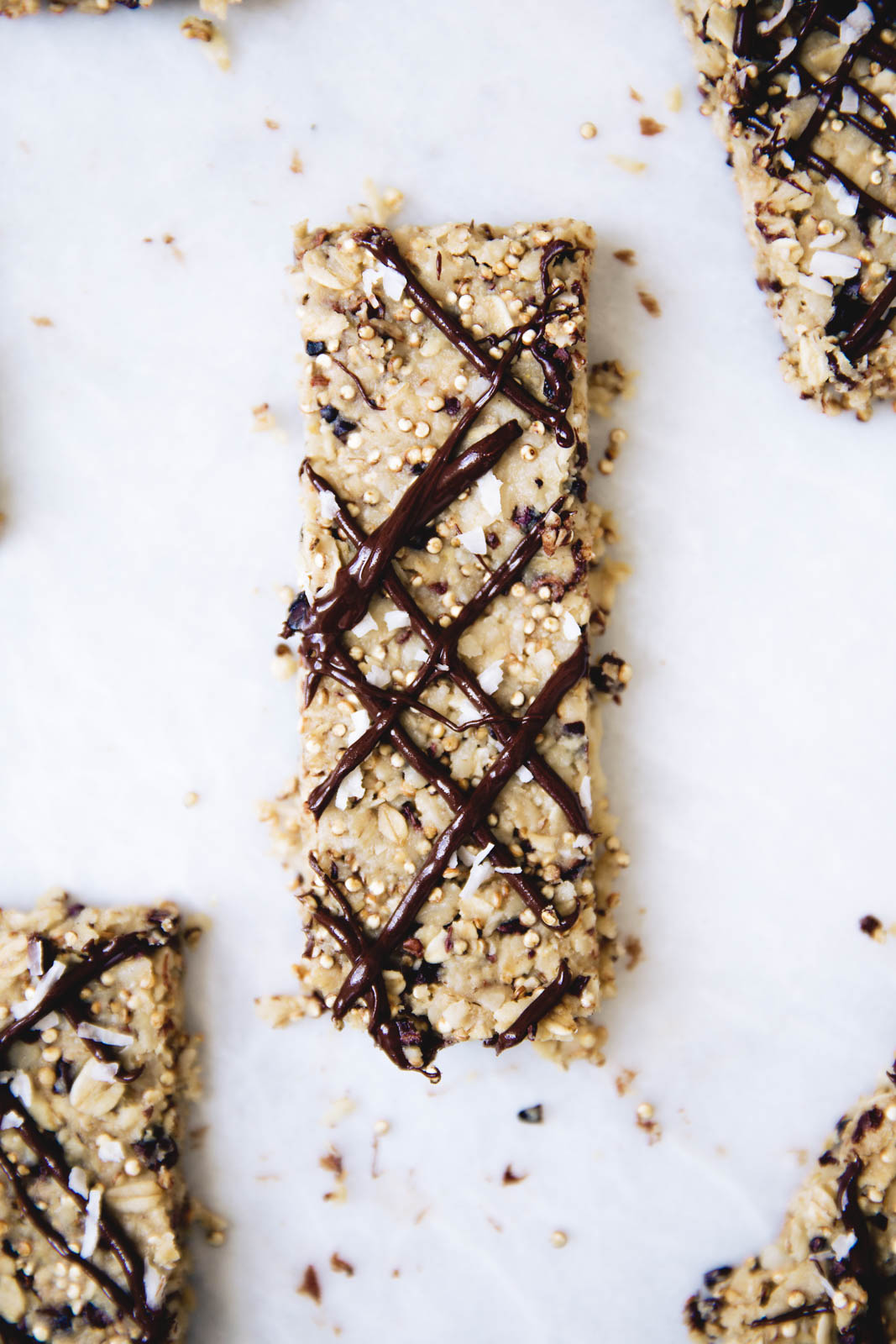 I first discovered it when I worked at a Middle Eastern bakery/cafe in college. They had this Tahini Toast that was TO DIE FOR.

Like, I will make it for my children one day and they will call it “heeny toast” or something like that because they’re too young to pronounce Tahini correctly.

And on that note, I will also make them these bars, because they’re so ridiculously good that I never want to not eat them again.

Seriously. They taste like dessert. And they have such depth of flavor! 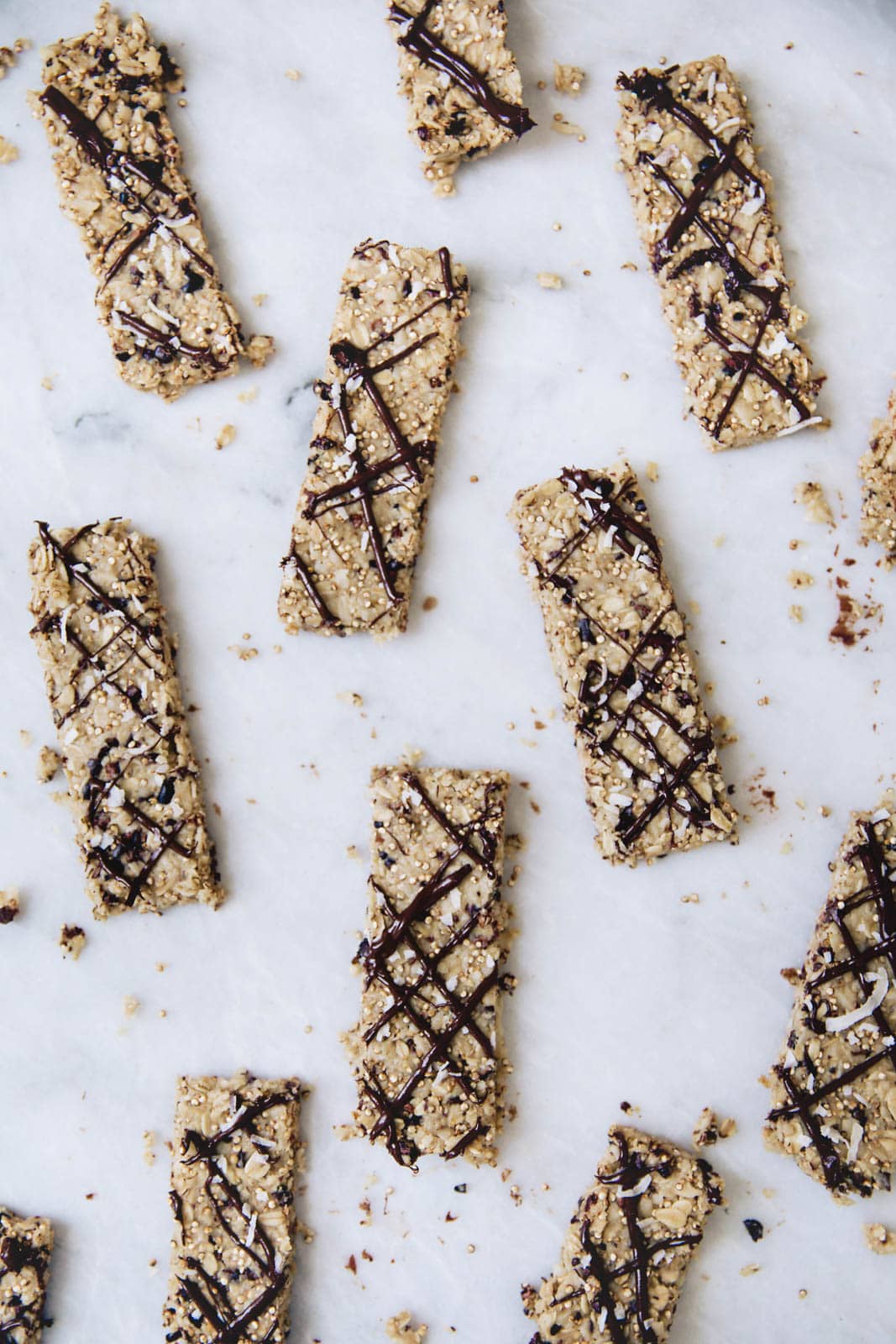 The popped quinoa is also awesome. It gives things a great crunch.

OK, I’m off to play with the cats because they’ve been needy ever since Alex and I were away last week. Enjoy, loves!