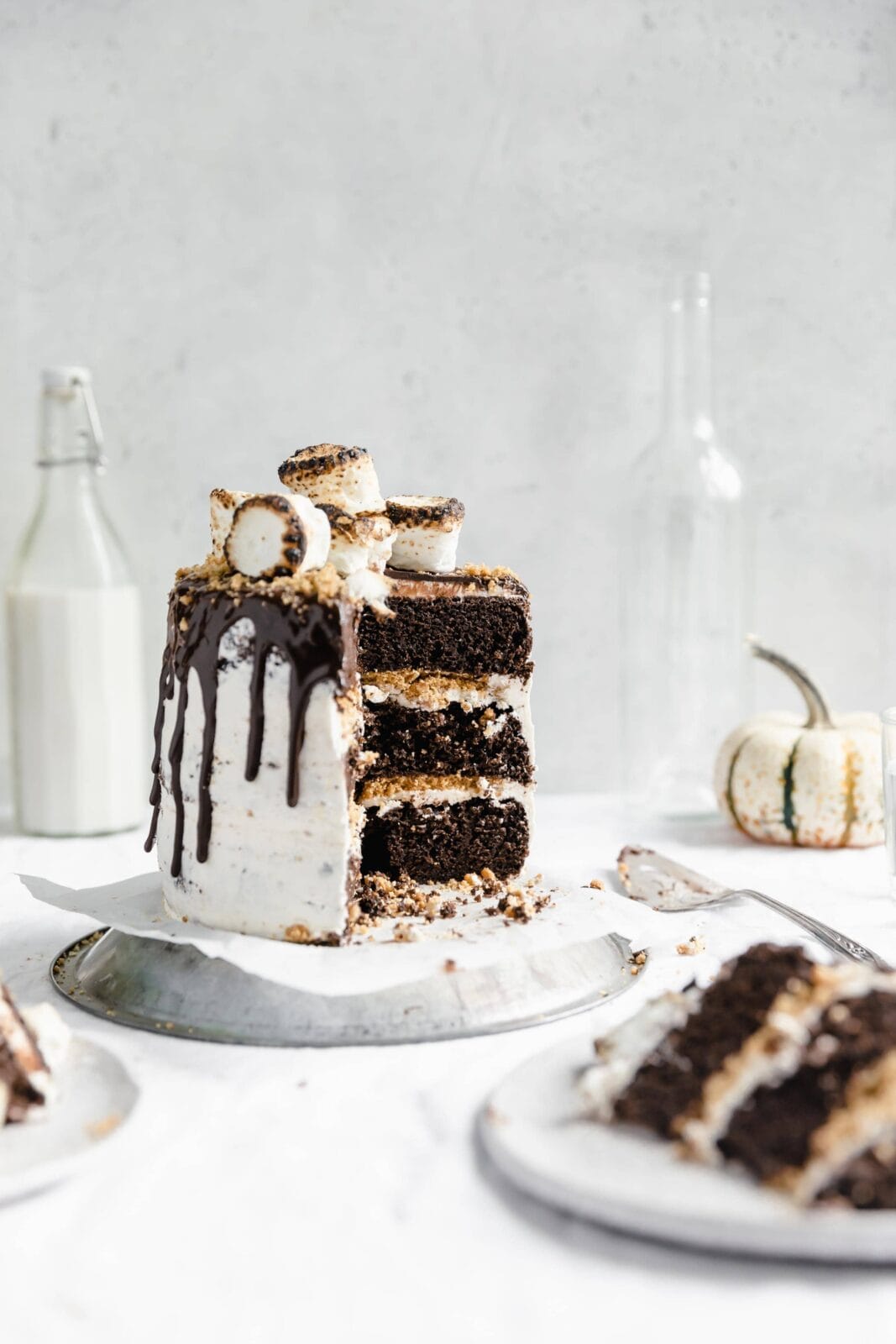 You all know that I have an itsy bitsy obsession with marshmallow fluff, and this cake is pretty much the

You all know that I have an itsy bitsy obsession with marshmallow fluff, and this cake is pretty much the cake of my dreams. Anything s’mores flavored I am ALL over it. S’mores macarons, s’mores brownies, s’mores icebox cake…I mean I could eat this flavor combo for the rest of my life.  So it probably come as no surprise that we just had to make a S’mores cake.

DUH. I honestly can’t believe it took us this long to take all those flavors of an ooey gooey s’more into a layer cake. 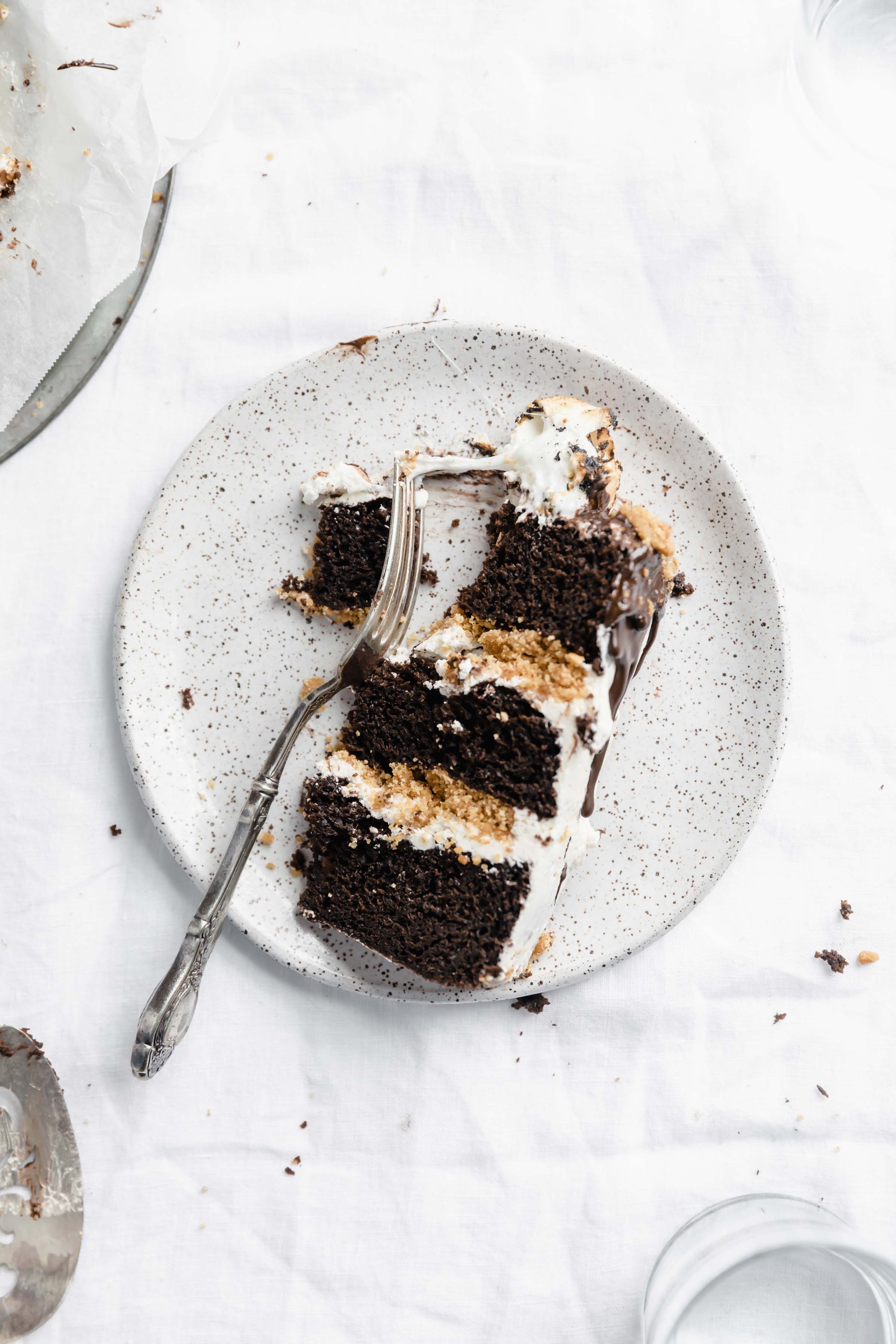 What’s your favorite party of a s’more? The golden marshmallow? The melty chocolate? The crunchy graham? Well I love them ALL.

Best part about this cake? All three get to shine through in their own individual layer. 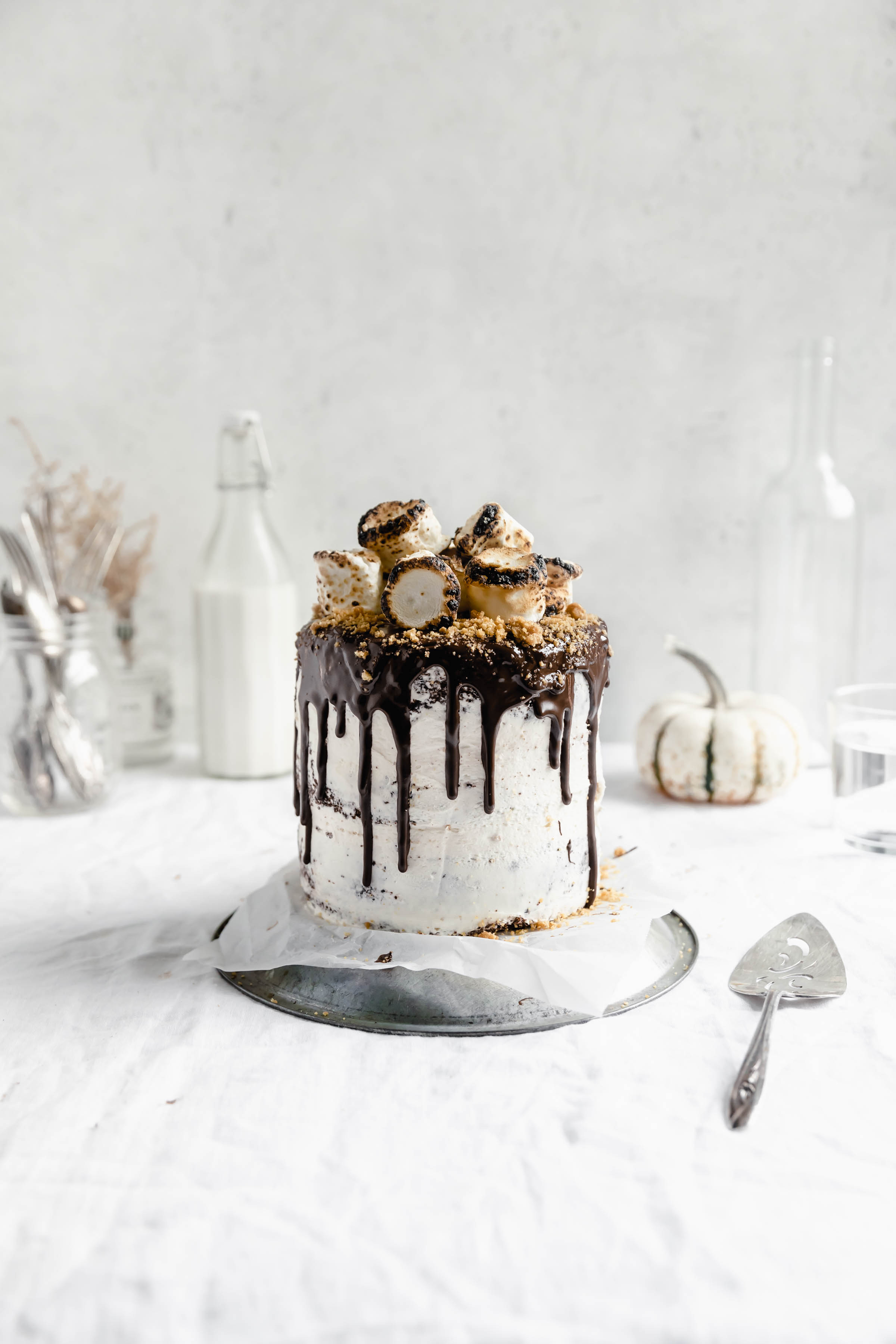 What is a s’mores cake:

S’mores cake takes the three key components of any good s’more and makes each one into a decadent layer. In case you live under a rock, a s’more is made from toasted marshmallows, chocolate, and two graham crackers sandwiched together. It’s easily one of my favorite flavors combos. You’ll make three separate components and then assemble them.

And I’m going to break it all down for you. 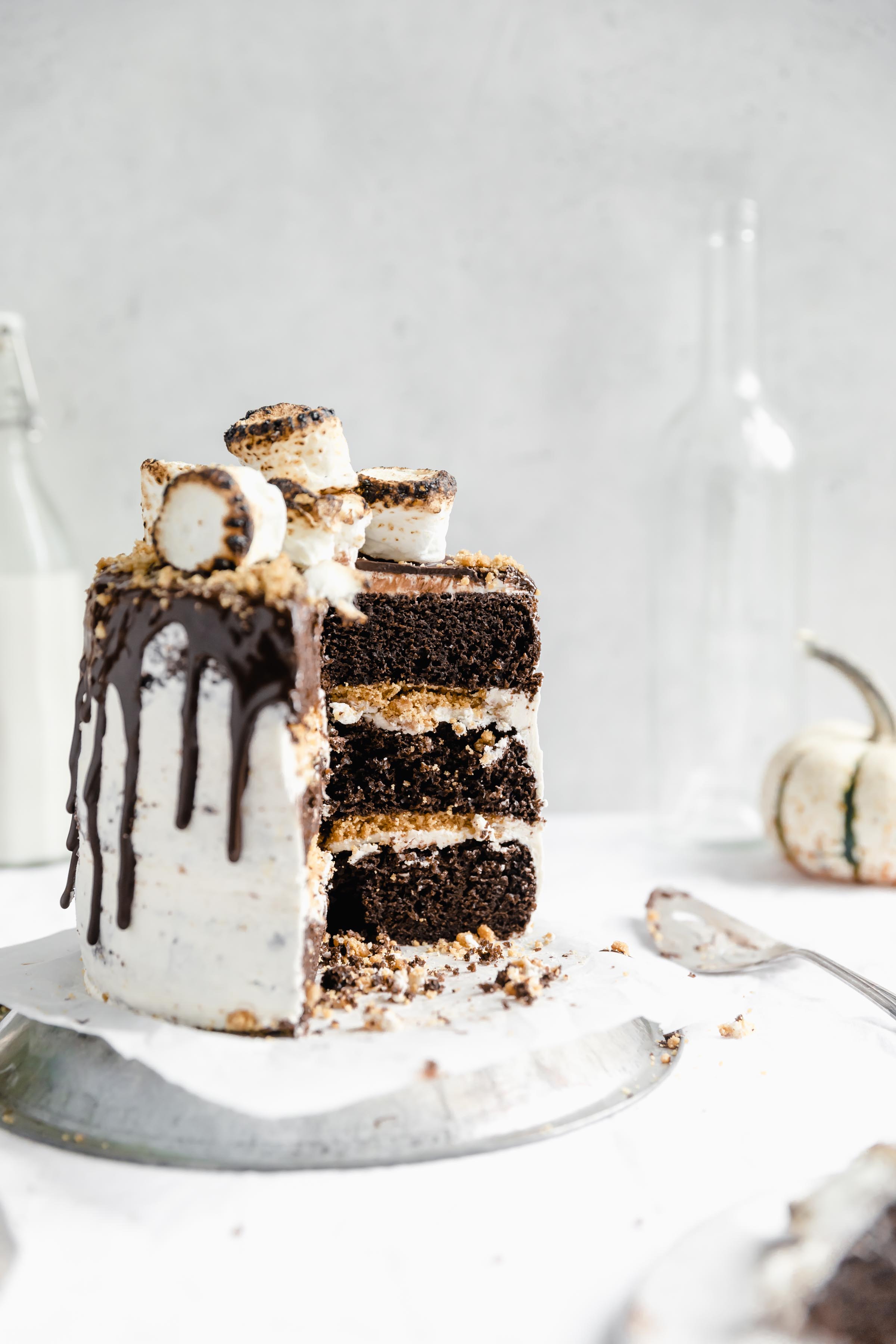 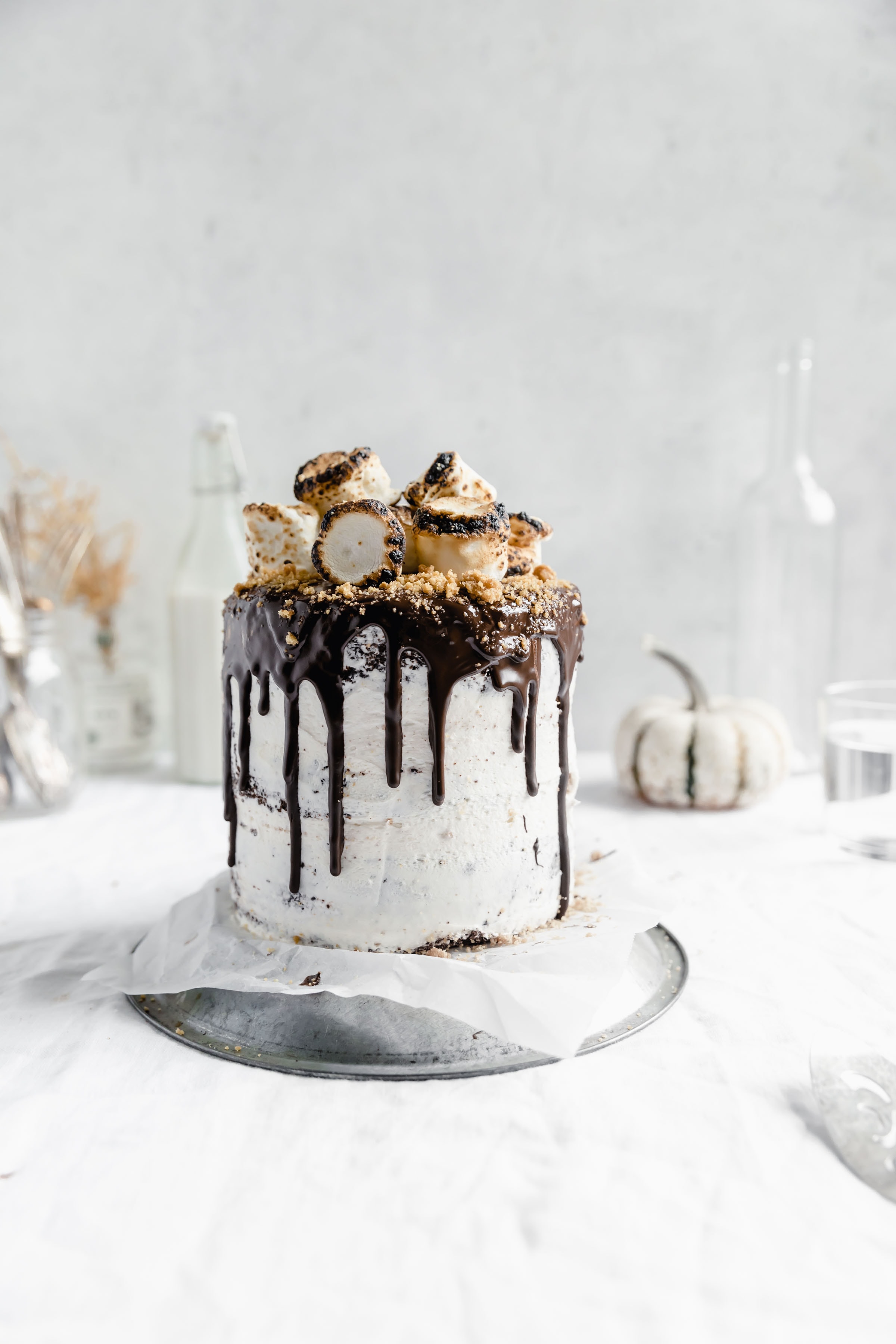 How to assemble s’mores layer cake:

This recipe will make a 2 layer 8 inch cake or a 3 layer 6 inch cake like we made here!

Simply place your first layer on a cake stand and frost the top of it with marshmallow buttercream. Sprinkle with half of the graham cracker crumble. Next, place another layer on top and repeat the process.

Place the last cake layer on top and frost the top and sides of the cake. We topped ours with chocolate ganache and toasted marshmallows but you could do anything! 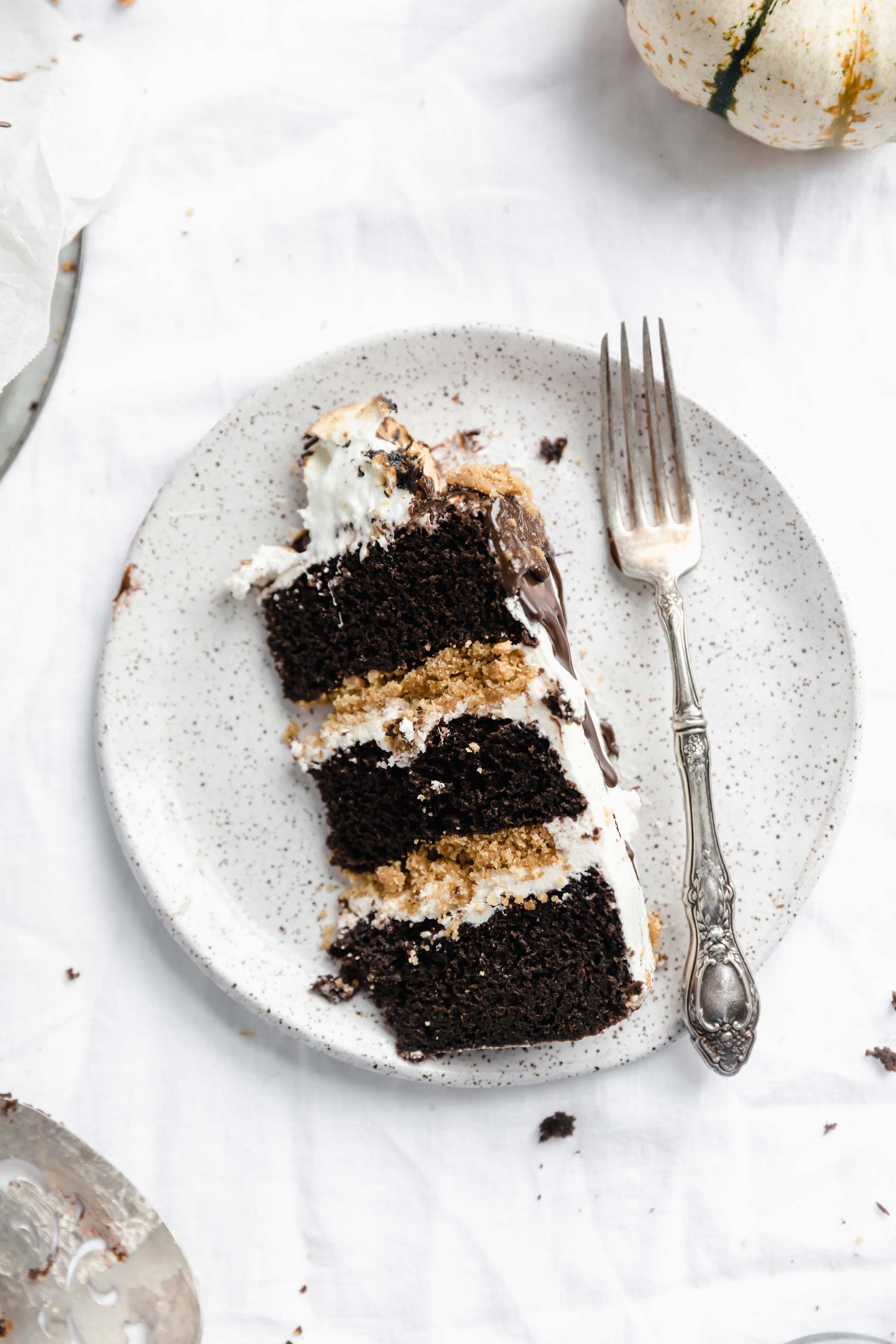 The only thing that could possibly make this s’mores  layer cake better would be serving it with a scoop of Ben and Jerry’s S’mores ice cream.

I thought it was discontinued but a quick google search shows that it’s still in stores and my grocery store stopped selling it. So basically it’s just discontinued for me. 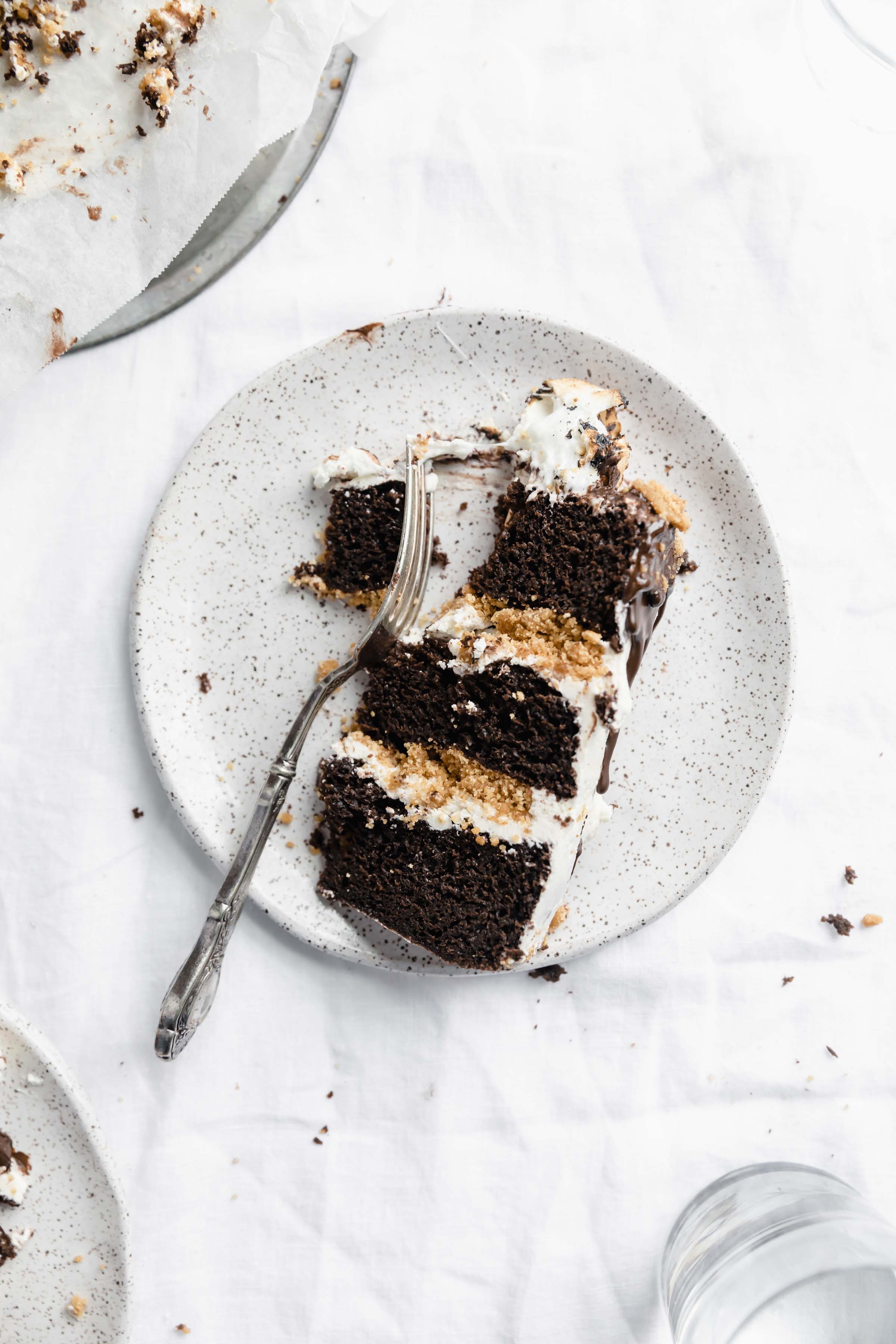 So if you see Ben or Jerry around, please let them know we need them to bring their S’mores ice cream back to my grocery store so that we can eat it with this cake.

for the graham cracker crumble