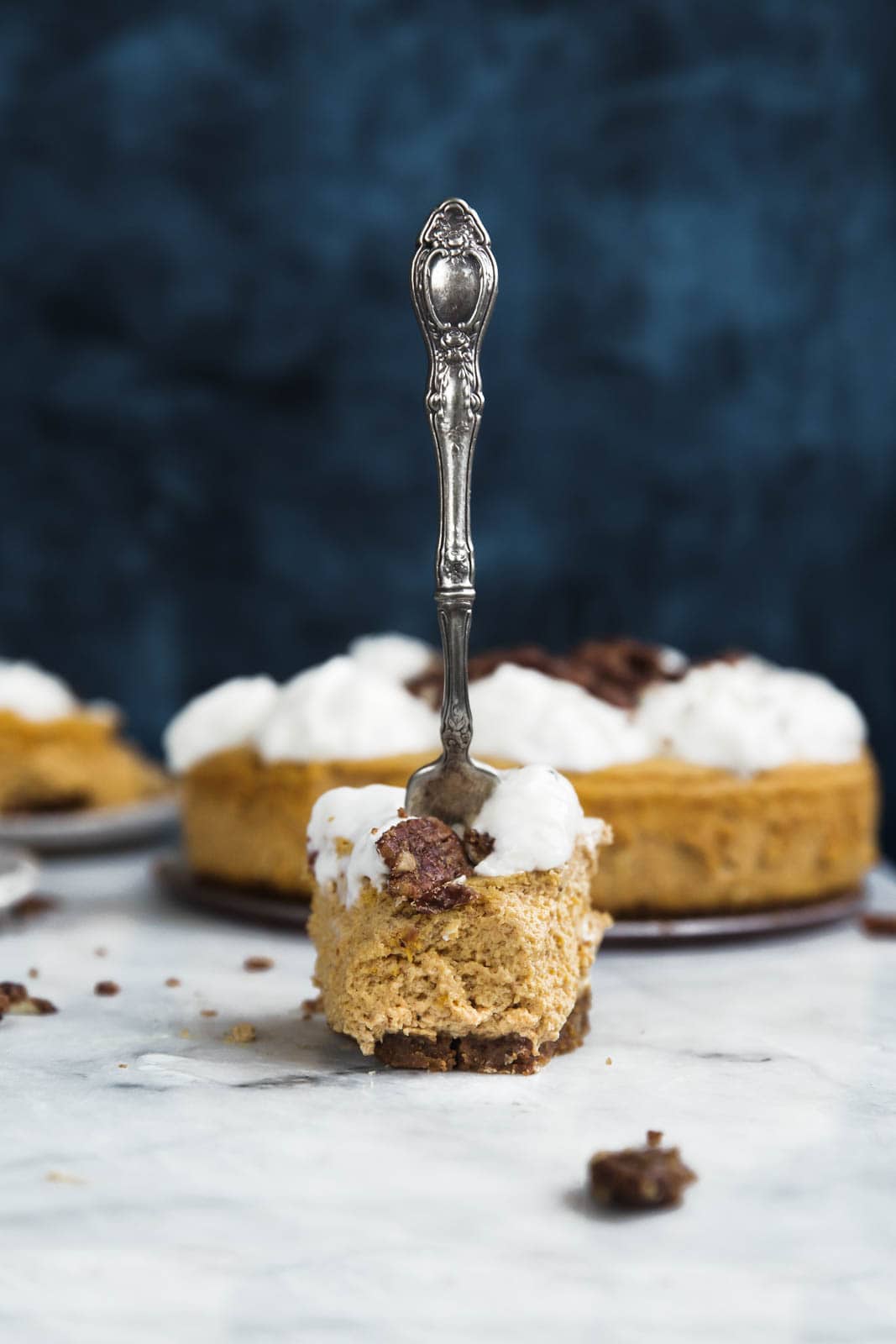 As much as I hate pumpkin spice lattes, I absolutely adore pumpkin spice-flavored things. It’s like fall on your tastebuds. One bite of pumpkin spice something-or-other, and you can practically feel the fuzzy socks on your feet. The crisp air on your cheeks. And the sound of crunchy leaves at your feet.

So let’s talk cake. Cheesecake. This ain’t no normal cheesecake, ladies and gents. This is a fluffy, airy, mousse cheesecake.

The mousse part of this gingersnap pumpkin cheesecake sort of maybe happened on accident, but as soon as I tasted it, I decided it was fate. It’s much, much lighter than a traditional cheesecake because you incorporate a ton of air into the batter during the mixing process. 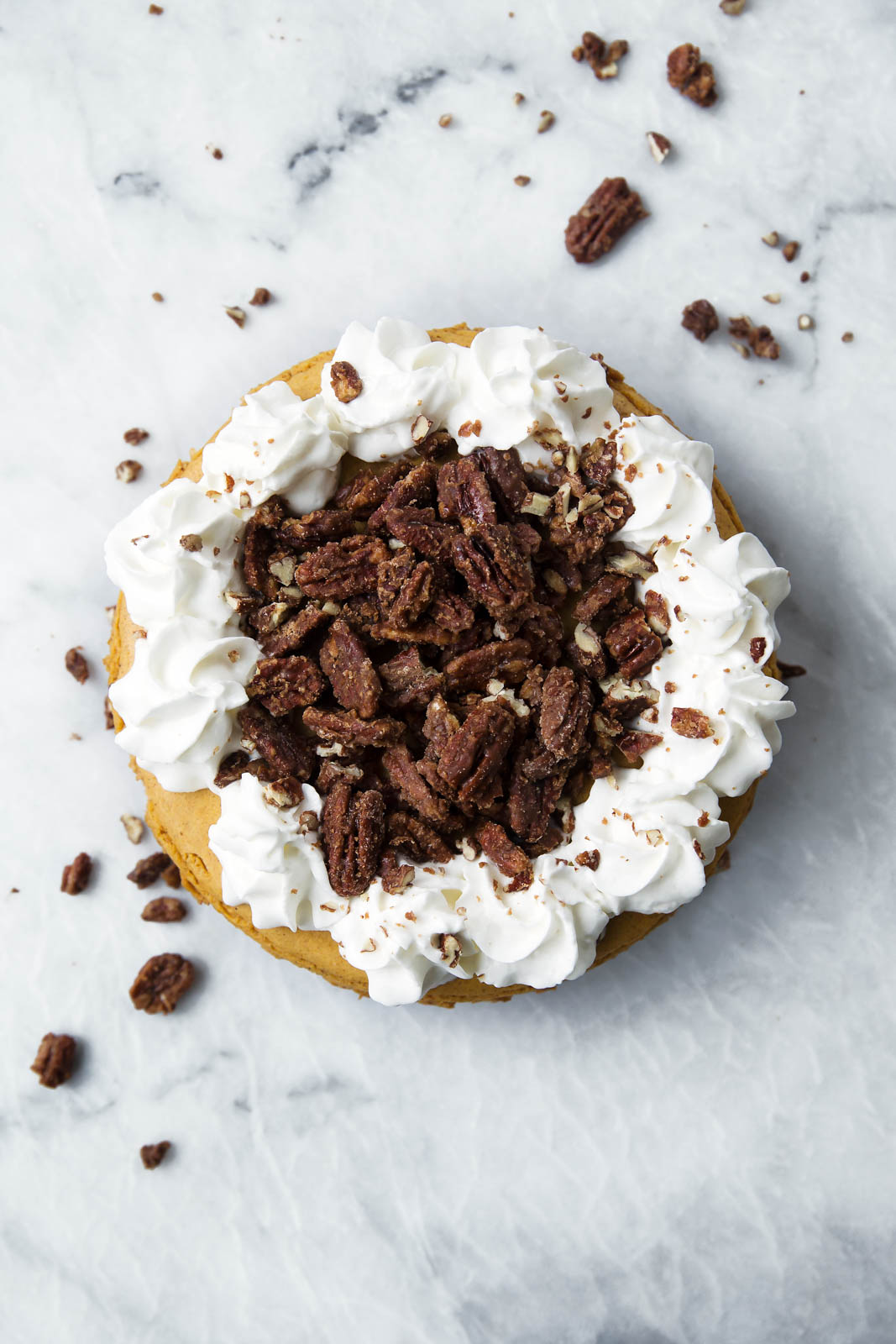 And then there are the pumpkin pie spice candied pecans. Ohhhh baby. Candied pecans, or candied nuts of any sort, are remarkably easy to make. It’s just a simple caramel and nuts! I made my caramel using International Delight’s Pumpkin Pie Spice Creamer instead of a traditional cream. It’s genius, if I do say so myself. 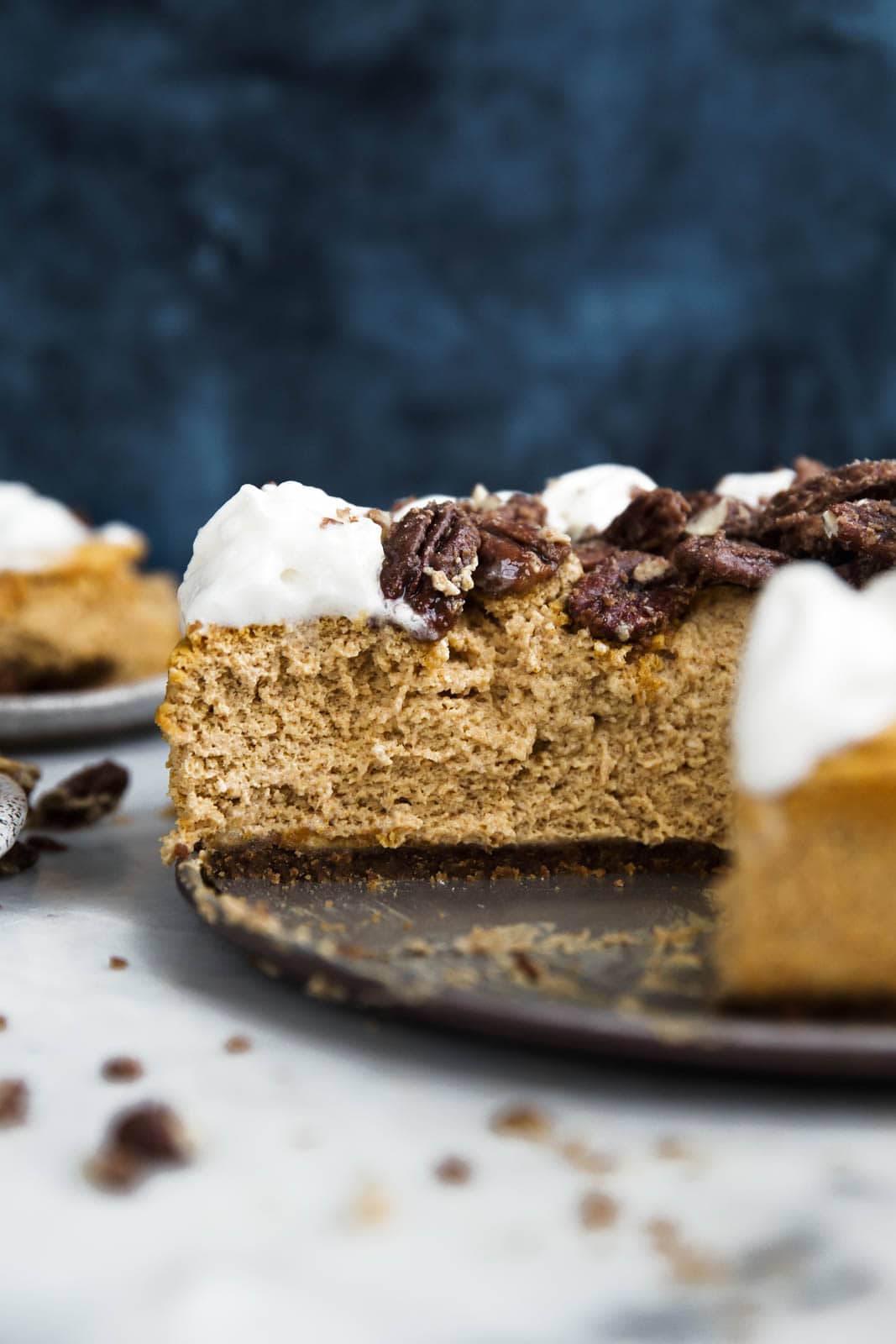 Tips on how to make cheesecake

Don’t be intimidated by homemade cheesecake! As long as you keep a few things in mind, it’ll turn out perfectly. And if it doesn’t…just pipe some whipped cream over any ugly bits!

Don’t rush the mixing process—To become mousse-like, the cheesecake batter needs to be whipped for at least five minutes in total. But it’s especially important that you cream the cream cheese and sugar for a looong time. The longer you whip the batter, the airier it’ll be.

Don’t skip the water bath—Because cheesecakes are so dense, you need to surround them with a water bath to help them cook properly. Just make sure to wrap your cake pan in aluminum foil to prevent water from seeping in. 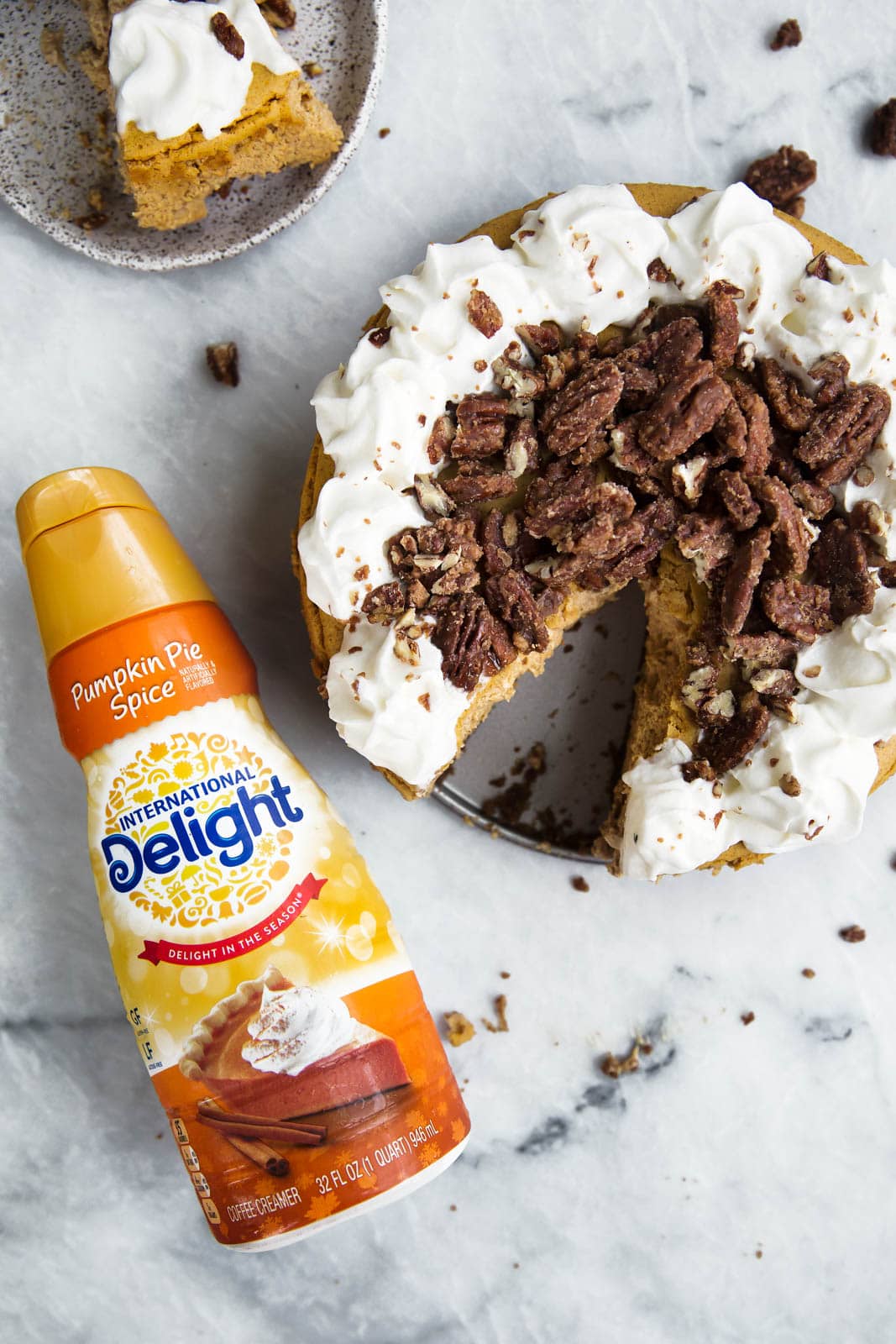 This gingersnap pumpkin cheesecake would be perfect for a Halloween party (like omg Halloween is 31 days away). Or really any holiday, because who would ever say no to a dessert this good?

For the pumpkin spice candied pecans

For the whipped cream

To make the pumpkin mousse cheesecake

To assemble the cake

This post was sponsored by International Delight. Thank you for supporting the companies that help make Broma possible!

How to Make the Perfect Cheesecake (A Step-by-Step Recipe!)